If it works, the technology could revolutionize batteries used in everything from electric cars to laptops and smartphones. Nanom claims the lifespan of its batteries is 9 times greater than the nickel-iron batteries Thomas Edison invented 120 years ago and more than than 9 times greater than lithium-ion batteries. It weighs 5 times less and improves energy density, recharge rates, and battery disposal.

Nanom isn’t disclosing the direct comparison to lithium-ion batteries yet. But it is saying that an electric car with Nanom tech could drive across the United States on a single battery charge. That’s pretty mind-boggling.

And the company has raised $3 million from investors in Silicon Valley and the Nordics, thanks to investors like Village Global, whose network of backers includes Bill Gates, Jeff Bezos, and Reid Hoffman.

The good thing about the nanotechnology Nanom uses is that it can be applied to existing lithium-ion batteries, creating more surface area to generate energy with the battery cells. Nanom can make the tech in its labs and easily add production to existing manufacturing plants. 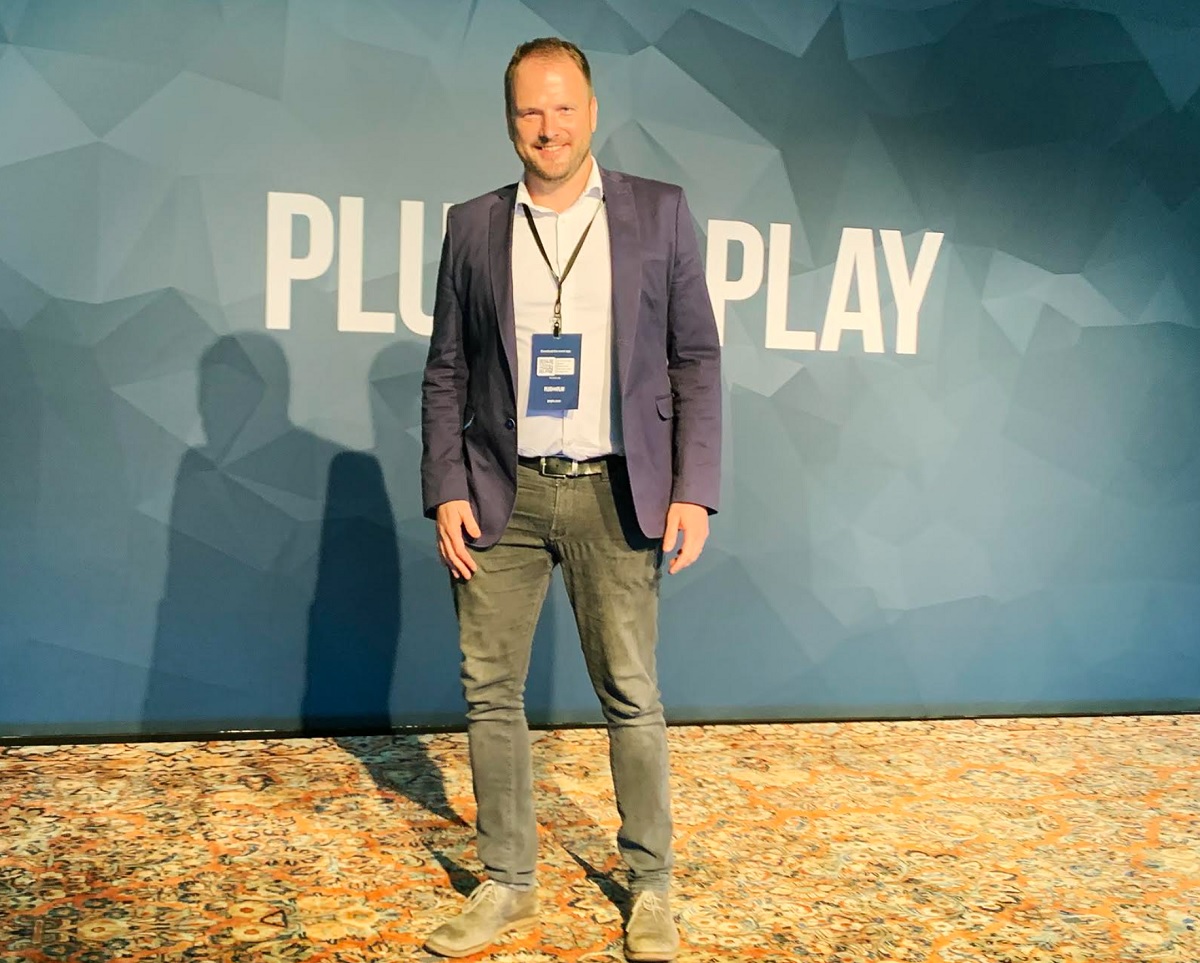 “The problem has always been that nanotechnology has been a little bit stuck in the lab,” CEO Armann Kojic said in an interview with VentureBeat. “It’s like a concept that has been great for making a million-dollar battery, but not one that actually goes in your car. And what’s unique about our approach is the fact that our core method of creating nanoparticles is a mass production method. This is very much about bringing it out of the lab and into a product.”

The Edison nickel-iron battery is more than 120 years old. Using iron and nickel particles and carbon fiber, Nanom makes the battery usable again. The company says its materials are 80% cheaper than those in a regular battery and it’s disposable. The nickel-iron battery is used in large-scale energy storage devices.

“The Edison battery is kind of a showcase for us … to show what could be done to take a green battery and counter the weaknesses,” Kojic said.

Nanom is talking to a wide range of transportation, stationary storage, and battery companies about immediately adopting its nanoparticles into their own proprietary designs.

“We all know that this battery problem exists,” Kojic said. “And there’s a lot of factors that need to come together, like the environmental factor, the cost factor, and the effectiveness of the battery.” 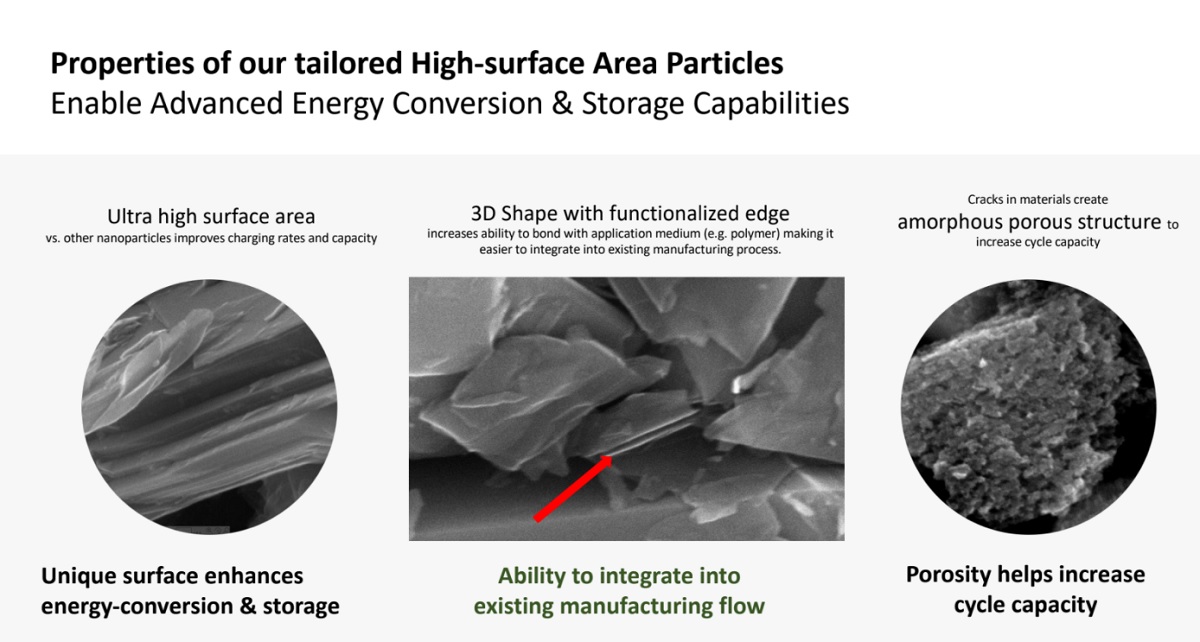 Above: How the nanoparticles increase surface area.

Nanom’s nanoparticle technology enables any battery formulation to be fundamentally altered for the better by dramatically increasing every aspect of its performance. It does so by immersing the battery materials in nanoparticles that increase the surface area that generates energy on a microscopic level.

As these particles are many orders of magnitude more effective in increasing energy surface area than the current solutions, which makes them ideal for the current generation of battery energy storage. And the energy density of any battery is immediately enhanced by Nanom, Kojic said.

“It’s all about the ultra-high surface area, which affects the charging rates and the capacity,” Kojic said. “If I take a business card, I have the surface area as the front and the back of the business card. But if I cut it into a billion pieces, it becomes several football fields of a surface area, I’m using the sides and everything in between. And we can use all of that unused area for storing energy.” 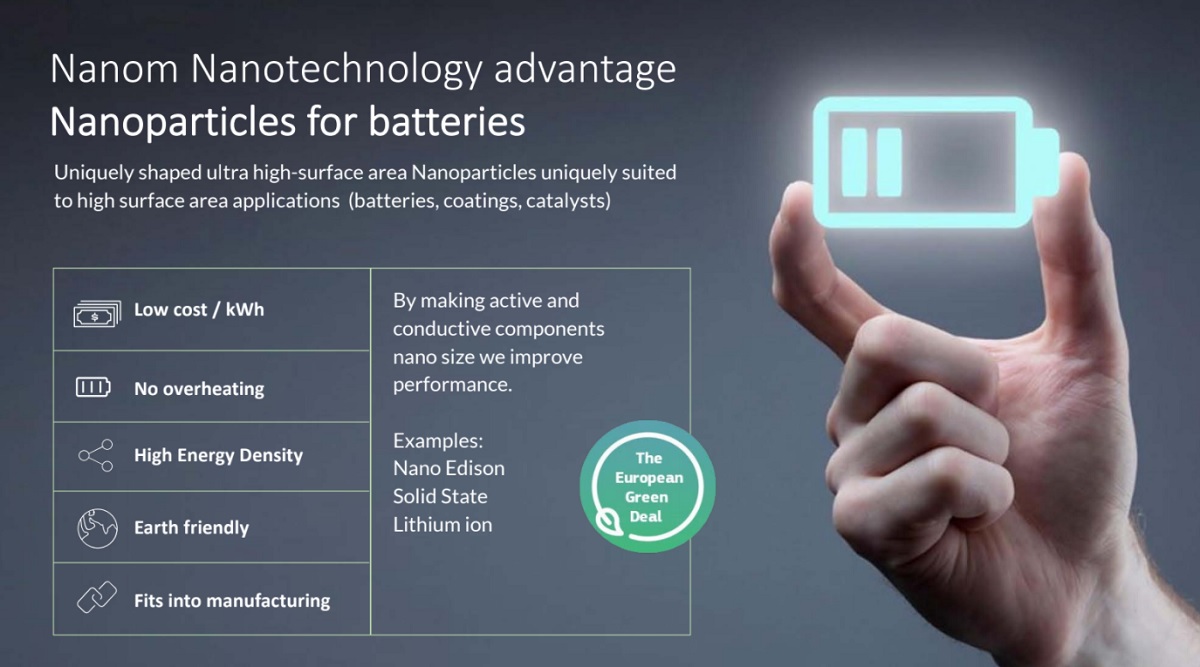 Above: The advantages of Nanom’s nanoparticles.

Nanom has the ability to convert existing battery materials into nanoparticle size, enabling the same benefits for any battery process without needing to retool — the nanoparticles are simply mixed into the slurry that is a standard part of all battery manufacturing lines. Nanom has achieved massive scale in its manufacturing process and can already satisfy the requirements of key battery markets. In that sense, Kojic said the invention is industrially scalable.

The critical barrier to the utilization of the full potential of nanotechnology has always been the inability to economically manufacture nanoparticles in sufficient quantities. Nanom’s method allows for mass production of nanoparticles produced through friction by transverse introduction of feedstock material into alternating supersonic flow regimes in various controlled atmospheres. By controlling flow speed, atmosphere, repetitions, and after treatment allows us to uniquely shape the particle’s size and surface areas, resulting in a bespoke nanostructure with unique properties. Nanom can convert micron-sized particles to nano-sized particles in high volume.

This provides unique nanostructures that enable longer-lasting batteries without changing anything in the batteries’ manufacturing flow. By replacing key materials with nano-enhanced materials, Nanom gives customers a competitive advantage.

On top of the other benefits, the company said it can build the batteries into the materials used to make products, like car bodies, airplane seats, boat hulls, and more.

A structural battery is one that can be used in the material of a product. It embeds the nanoparticles into a structure. In a car, it’s a fast-charging battery that is safe to use in a structure, as it doesn’t explode on impact. It also means allows engineers to decentralize a power source.

Kojic said a car’s EV battery will enable you to drive across the entire U.S. on a single charge. Even a wall in your house can become a giant, safe battery that takes you off the grid. 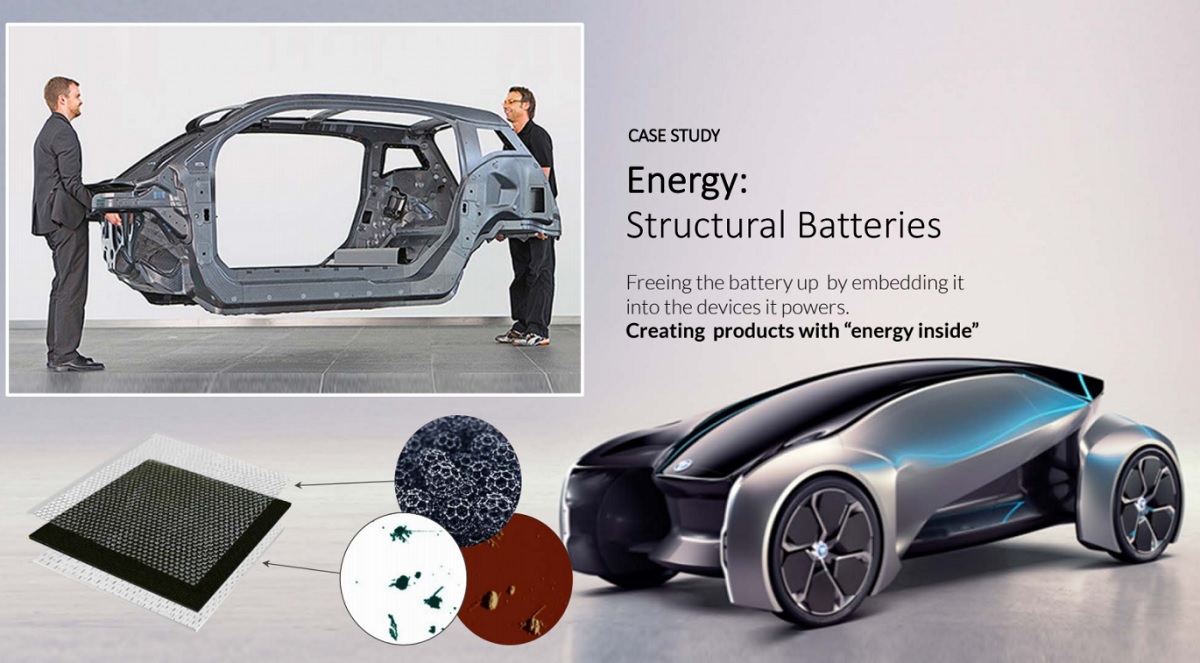 Above: Nanom can make structural batteries out of things like the side of a car.

Nanom enables any structure or surface to become a battery storage device. For example, the company has already created a pilot project in which an electric boat was constructed such that the actual hull of the boat became the battery (15 meters of that type of hull has the energy storage capacity of five Tesla vehicles). Any material or structure Nanom turns into a battery is completely solid, uses no harmful chemicals, is green for the planet, and does not explode upon impact (as Lithium-Ion batteries have a distressing tendency to do).

And Nanom doesn’t have to convince customers to go with a different material.

“You can take existing technologies and get more out of them so that we don’t deplete the environment of raw materials,” he said. “We can create these high surface area nanoparticles that are super relevant to the battery industry. You can make batteries with a lower cost per kilowatt-hour than you can do otherwise.” 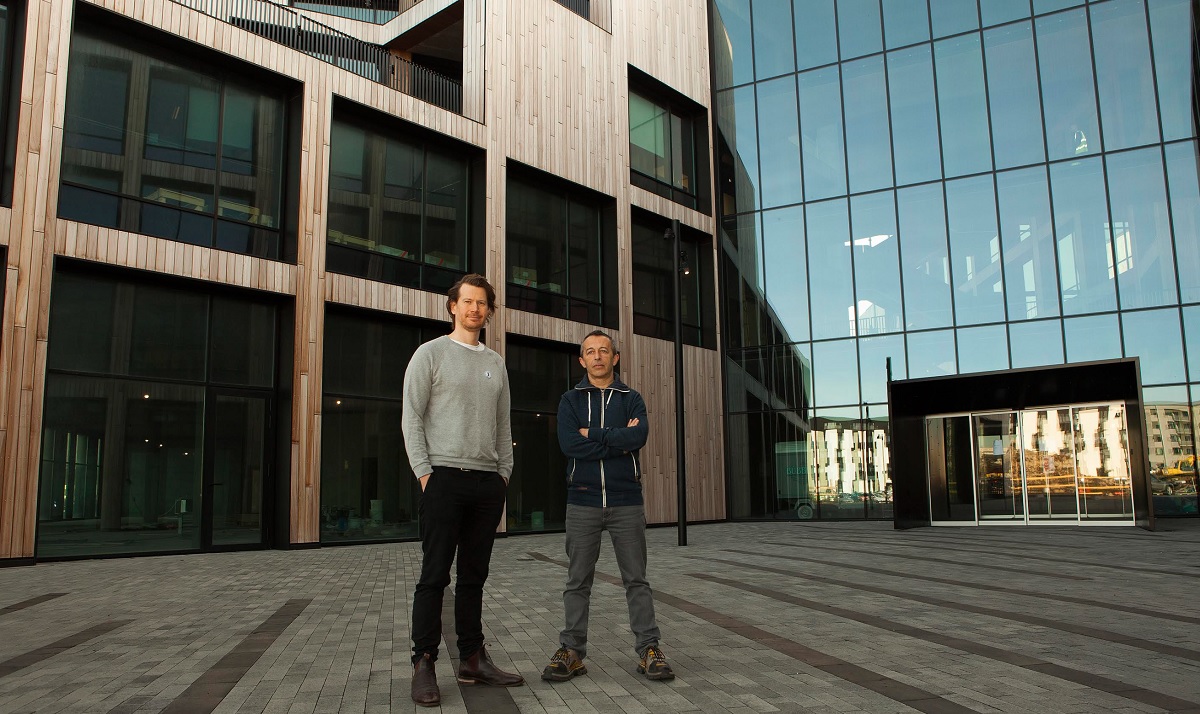 Kojic was born in Iceland and moved to the San Francisco Bay Area to join the StartX mentor labs incubator at Stanford University. He fell in love with the region and met his wife in the Bay Area. As he built the company, he also had an easier time finding investors in the region than he would have back home.

Nanom has applied for patents on the tech. The company has 17 people working in Palo Alto and Reykjavik, Iceland and has raised $3 million to date. The employees have worked at companies including Decode, Maersk, and Total S.A. Backers include Village Global, Iceland Venture Studio, Perkins Coie, the European Union’s Green Deal project, and others.

The EU Green Deal is a very ambitious action plan with the target of making Europe carbon-neutral by 2050. The Nanom Greenvolt project was selected as an EU Green Deal technology, which came with Green Deal funding.

Kojic said the company will disclose more in a few months when it announces its partners. The name “Nanom” combines the words “nano” and “om,” and it reflects the company’s vision of using the power of nano, or matter, to impact the universe, or om, the entirety of the universe, truth, and knowledge.