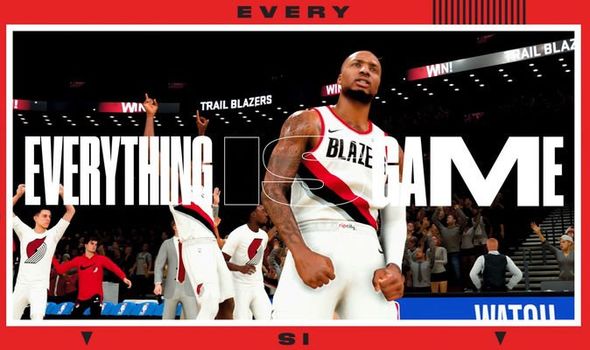 “With extensive improvements across the board and deep, varied game modes, NBA 2K21 offers one-of-a-kind immersion into all facets of NBA basketball and culture – where Everything is Game.

“The September 4 launch for NBA 2K21 on current-gen is fast approaching and today’s trailer is just the first of many gameplay-related announcements that will be rolling out through the upcoming weeks. Expect to see new information on gameplay, MyTEAM, MyCAREER and more in the coming weeks.”

You can watch a video of the NBA 2K21 gameplay trailer embedded within this article.

The reveal of the NBA 2K21 gameplay trailer comes hot on the heels of the cover star announcements in at the end of June and the start of July.

While current gen consoles will have Portland Trail Blazers’ Damian Lillard on the sleeve.

Those are the cover stars for the standard edition, but both current and next gen consoles will be getting another edition of NBA 2K21.

This is the Mamba Forever Edition which honours LA Lakers legend Kobe Bryant, who tragically died earlier this year.

The Mamba Forever Edition will celebrate the lifetime achievements of Bryant’s glittering career which includes – among many accolades – five NBA championships and being an 18-time All-Star.

Byrant was killed in a helicopter crash in January alongside his 13-year-old daughter Gianna, six of their friends and the pilot of the chopper.

Speaking previously, Alfie Brody, Vice President of Global Marketing at NBA 2K, said: “Each of our cover athletes represent different eras of the game of basketball – Damian Lillard dominates the court today, Zion Williamson is a standard bearer for the next generation of NBA superstar and what more could be said about Kobe?

“Three athletes representing the current, future and storied history of the game. Today’s exciting announcement is just the first of many for NBA 2K21; it’s going to be a huge year for basketball fans and NBA 2K gamers.”