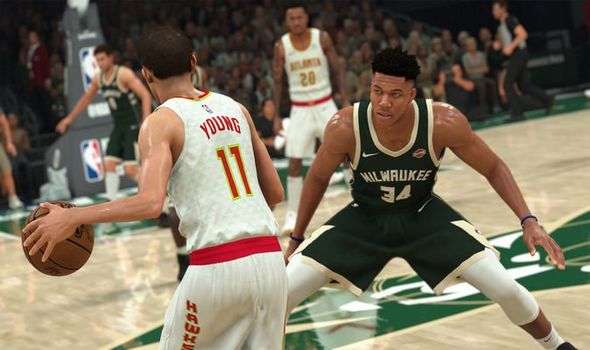 Another NBA 2K21 update has been released on PS4 and Xbox One patch notes, adding yet another chunky patch to the list.

The good news is that while today’s download is on the large side, it does make some big tweaks.

This includes focusing less on bug fixes and looking to keep NBA 2K21 up to date with the latest Season changes.

A large list of players have had their stats changed on PS4 and Xbox One, with the same tweaks being prepped for Nintendo Switch.

A message from the 2K support team explains: “The competition is heating up with less than six weeks until the postseason kicks off.

“Top contenders are already making their mark with the Western conference seeing the Phoenix Suns and Denver Nuggets holding strong as they both land six-game winning streaks and hope to maintain this level of performance to propel them into top playoff spots.

“Impressive on court performances from some of the game’s most dynamic guards, Luka Dončić and Jrue Holiday, saw their ratings climb by 1 point to a 94 and 87 overall respectively.

“Meanwhile, Bogdan Bogdanović earns a 3 point increase to a 79 overall rating, as he surpassed the 20-point mark in four of his last five games.

“And Zion Williamson lives up to his reputation as one of the best finishers with his latest on court performance, gaining a 1 point increase to land a 90 overall rating and breaking him into the 90s for the first time.”

These new rating changes follow another update released for NBA 2K21 on PS4 and Xbox One, with the patch notes listed below.

This update brings a number of fixes to MyTEAM, updates to player likeness and facial animations, new additions to 2K Beach, and additional fixes to improve the overall experience of NBA 2K21 across all game modes.