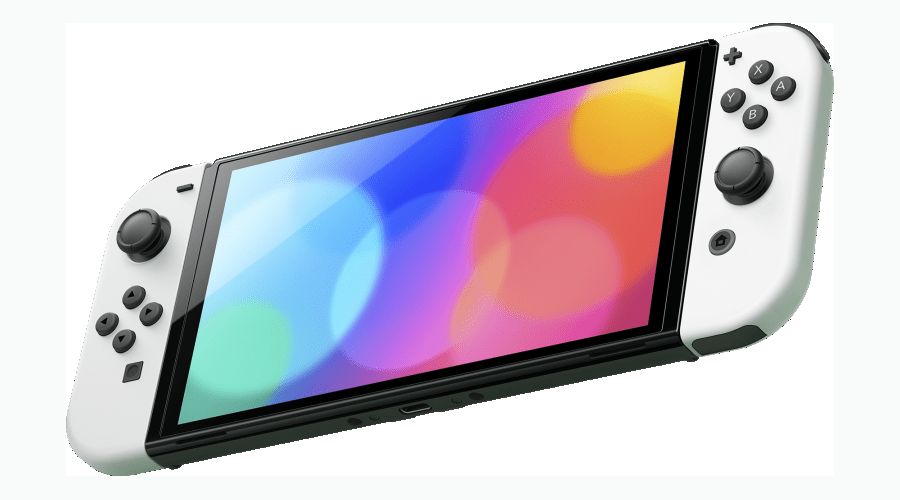 GameCentral gets to play around with the new model of Nintendo Switch but does the improved screen really make a difference?

Ever since the coronavirus started it’s been impossible to organise physical video game previews. From E3 to individual events for just one game, there’s been nothing for over a year now. The only alternative has been online events organised over Zoom or Discord, which generally involve watching some pre-recorded footage and, occasionally, getting to talk developers (or, more usually, posting questions in the chat). Publishers have done their best but apart from a couple of experiments with streaming you never get to play anything.

We’ve no idea when that will change and we don’t think publishers do either. Especially as international travel would have to be normalised before things were anywhere close to how they used to be. There is light at the end of the tunnel though, as last week we attended the first UK press event since the pandemic began. It was a brief affair, that didn’t involve new games or developers, but it was the first hint that things might be slowly going back to normal.

The event, as you might have guessed, was for the new OLED model of the Nintendo Switch. That’s not something you can offer any opinion on until you see it first-hand, although once you do there’s not an awful lot to say beyond whether the new screen looks better or not. The short answer to that is that it does, but for the longer answer read on…

To make sure everyone is up to speed, the OLED model was announced last month and is absolutely not the much-rumoured Switch Pro. Whether the Switch Pro exists or not is even more of a mystery now than it was before the OLED model’s announcement, but the important point is that this new hardware is not any more powerful than the original hybrid Switch or the handheld-only Switch Pro. Apart from twice the storage space (64GB instead of 32GB) the innards are exactly the same, so no 4K and no increased battery life.

Nintendo has said nothing about the Joy-Cons being redesigned to avoid drift, which doesn’t necessarily mean they haven’t been but officially they’re exactly the same too. The dock is different though, both visually and in terms of having an Ethernet port for a wired internet connection. That’s not something we were able to test at the event, but the main draw of the new model is the new screen, which at 7 inches is larger than both the original (6.2-inches) and the Switch Lite (5.5 inches).

The most important thing about the new screen though, is that – obviously – it’s OLED instead of LCD. That means much better colour definition, with improved contrast between light and dark and colours that, in theory, should pop off the screen far more than the older models. Luckily, Nintendo isn’t short of colourful video games to test it on, with Mario Kart 8 Deluxe, Super Mario Odyssey, and Zelda: Breath Of The Wild being offered up as proof that the new screen does make a difference.

And it does. One race on Rainbow Road from Mario Kart shows just how much better the new screen is, especially when you see it running next to the old console models. Suddenly, the original’s colours seem faded and washed out in comparison, while the OLED’s feel vibrant and distinct. Even the more muted colours of Breath Of The Wild look more vivid. The difference is immediately obvious to anyone and while you quickly get used to it in isolation, the moment you put it back next to an older console it suddenly seems like night and day again.

The viewing angle is a good as you could hope for, with the image still clear even when you’re holding it at almost 90°. The speakers are also better, which is made obvious by the fact that they’re now much more visible at the bottom of the console and able to create a much clearer soundscape.

Most of the major differences in the OLED model are centred around handheld mode but the kickstand has also had a complete redesign and now runs the entire length of the console. Not only that but it can be set at any angle, which is not only very useful but feels really nice as the hinge is super soft and peculiarly satisfying to move.

The dock also feels surprisingly nice, with a glossy interior, a more acrylic style exterior, and a rubber foot on the bottom which, again, feels unexpectedly pleasant to the touch. The flap at the back, to access the ports, is now a removable lid, which is begging to become lost, but overall the new dock looks and feels a lot better made than the original.

The OLED model comes in two colours, one with neon red and blue Joy-Cons, the same as the original model, and the other with white Joy-Cons (slightly off-white as it appears in person). That was the one we were playing around with, and it looked nicely stylish compared to its more colourful alternative.

What is the Nintendo Switch OLED model release date?

The Switch OLED model will be released on October 8 but the two big questions here are whether it’s worth it and who exactly it’s aimed at. At only £30 more than the original model we’d say it was definitely good value for money. All the improvements are clear positives and the only real issue is that, at £309.99, it’s £60 more than an Xbox Series S and only £140 less than an Xbox Series X or PlayStation 5.

What has been obvious since the reveal though is that the OLED is not really intended for people that already have an original, hybrid model. It’s for people that only have a Switch Lite or don’t have a Switch at all, in which case it is by far the best choice of the three models. Superfans will no doubt want to upgrade anyway but that’s only worth it if you either play the console mostly in handheld mode or mostly for online games.

How to pre-order the Nintendo Switch OLED model

The Switch OLED model already appears to be largely sold out in terms of pre-orders. Very has both versions out of stock, Amazon doesn’t list it at all, and GAME asks you to sign up to an email to register your interest. At time of writing Argos still has the neon red/blue version up for pre-order but that’s the only retailer in the UK that seems to have it at the moment.

In other words, the OLED model is going to very difficult to get hold of right from launch and probably all the way up to Christmas. Just as the Nintendo Switch has been since it was first released. It’s not a major upgrade and it’s not advertised as such, but the OLED model is a positive improvement and we were glad to get our hands on it. 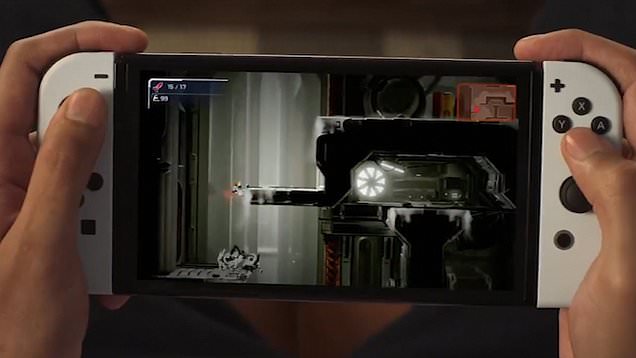