Smuggling is a new feature in the No Man's Sky Outlaw's update. It adds another way to make extra cash for your intrepid space explorer. If you want to channel your inner Han Solo and learn how to navigate the murky underworld economy, you're in the right place.

Making money off smuggling isn't a simple matter of just buying low and selling high. You need to have the right contacts to buy from, and you also should know how to find them. We'll be spilling the beans and explaining everything you need to know about making a profit in the black market. 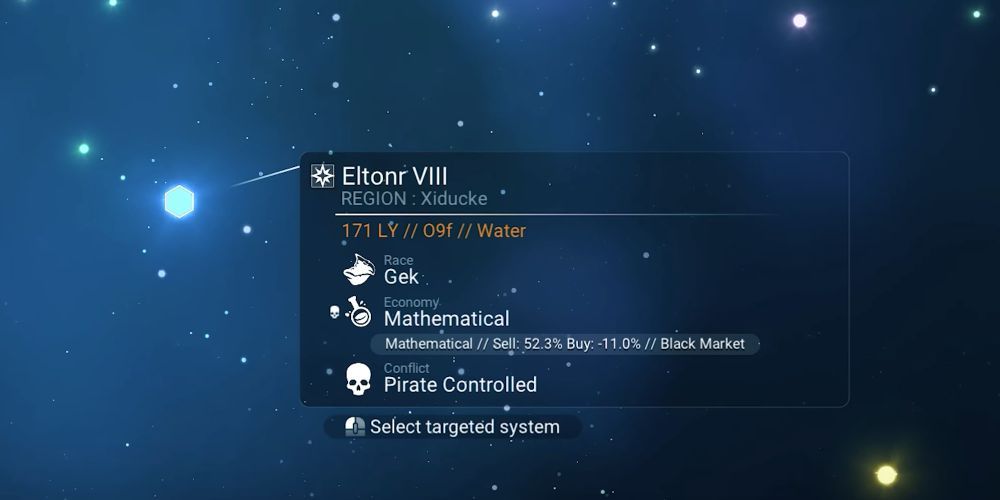 The first step in your journey toward a lucrative smuggling career is to find Black Market Agents. These agents can't be found on any old standard space station. You can only find these at abandoned outlaw stations, or perhaps we should say "abandoned stations under new outlaw management".

To locate these systems on the galaxy map, you'll need either a Conflict Scanner or an Economy Scanner. You don't need both of these scanner upgrades. You can make do just fine with only one installed on your ship.

If you don't have either the Conflict Scanner or Economy Scanner, you can get these from Iteration Hyperion at the Space Anomaly.

Once you have your scanners, or if you already have them, it's time to start finding your fellow scoundrels. On the galaxy map, you're looking for two clues that give you the location of a potential outlaw station.

How To Make Money From Smuggling 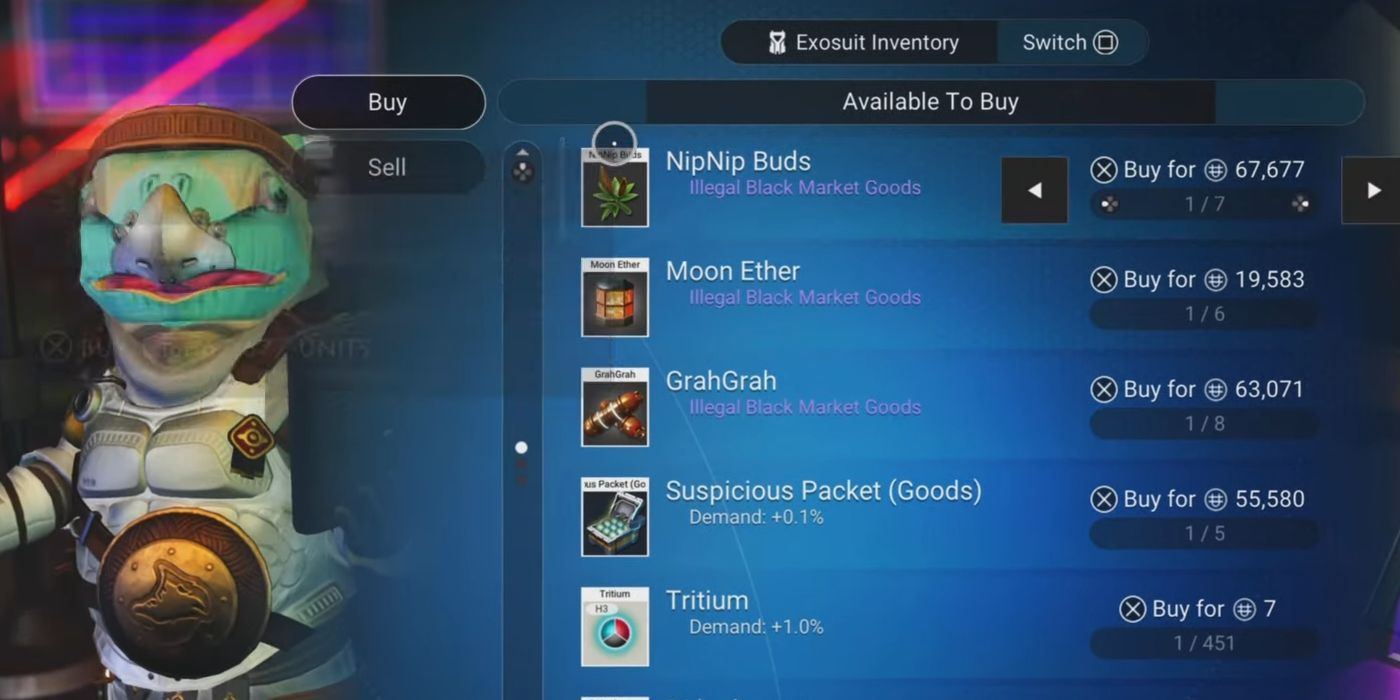 Head to any nearby outlaw station. There should be a merchant called the Black Market Agent nearby. He'll have various items for sale, ranging from banned weapons to diverse illegal substances and other commodities classified as illegal black market goods or contraband items.

The selling price of black market items varies, but making money from these items is simple – head to nearby normal or regulated systems to offload your merchandise. The demand and profit you get for each item will vary from system to system, but you're practically guaranteed to make money on all the objects.

If you want to make the maximum amount of money from each haul, you'll want to sell to regulated stations where the demand is highest. This isn't always convenient, as it can be faster to just simply sell at the nearest non-outlaw space station and pick up your next haul.

To summarize, the money-making formula for a smuggler is as follows:

How To Avoid Sentinels 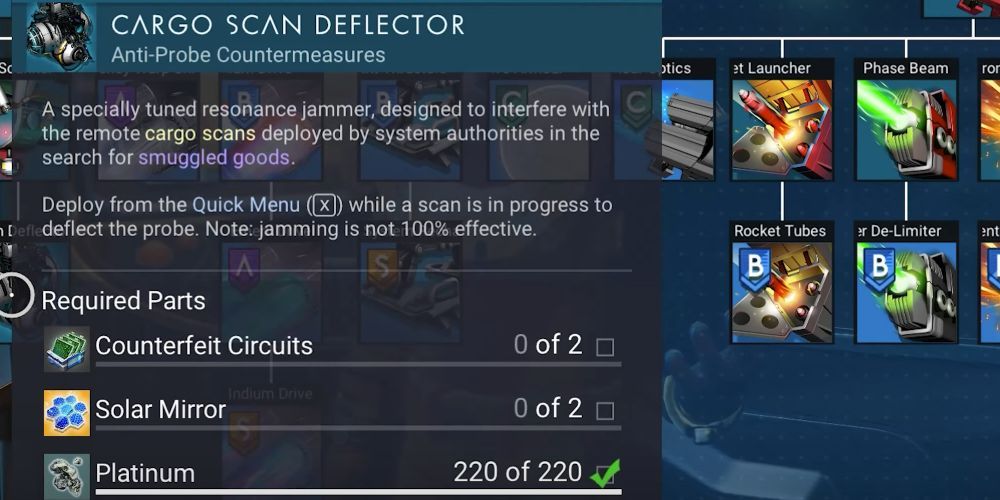 As you might expect, being a smuggler is not a risk-free venture. When traveling in systems that are controlled by authorities, there is a chance of being scanned by sentinels. Sentinels that detect your contraband will issue an ultimatum, you can hand over your illegal goods, or the authorities will open fire on your ship.

You can also use a station override to wipe the sentinels' memory, but these are almost prohibitively expensive.

Getting A Cargo Scan Deflector

You can also use a module called a Cargo Scan Deflector, which allows you to shield your contraband goods from the sentinels prying sensors. Unfortunately, this module doesn't necessarily work a hundred percent of the time. The cargo scan module can be obtained from Iteration Hyperion, and it requires the following materials:

Solar Mirrors are crafted components. Counterfeit Circuits can be bought from Black Market Agents or are offered as rewards from Bounty Masters on Outlaw Stations. The circuits aren't offered at every station, so you might have to search a bit before you find them.

It can be very useful for any would-be smuggler to build up a network of contacts and merchants. A station terminus in an outlaw station can't be used to teleport to stations in normal space. However, you can go back and forth between outlaw stations you've already explored.

Visting all the Black Market Agents on these stations is a great way to quickly build up a large stockpile of black market goods.