Now we’re finding out that even an RTX 3080 might not be enough to run Godfall at max settings.

We know that Godfall is working closely with AMD to make Godfall primarily for next-gen consoles which all use AMD’s RDNA2 GPU architecture, but it turns out that might mean that Godfall will have a handicap when running on the new Nvidia RTX 3080 graphics card.

In a new video, Counterplay CEO Keith Lee (who really likes to talk with his hands) showcases what Godfall will look like when played on one of AMD’s new graphics cards. Lee showed us a Godfall running at max settings in beautiful 4K resolution with UltraHD textures enabled along with ray-tracing, variable-rate shading, and a host of other AMD features. 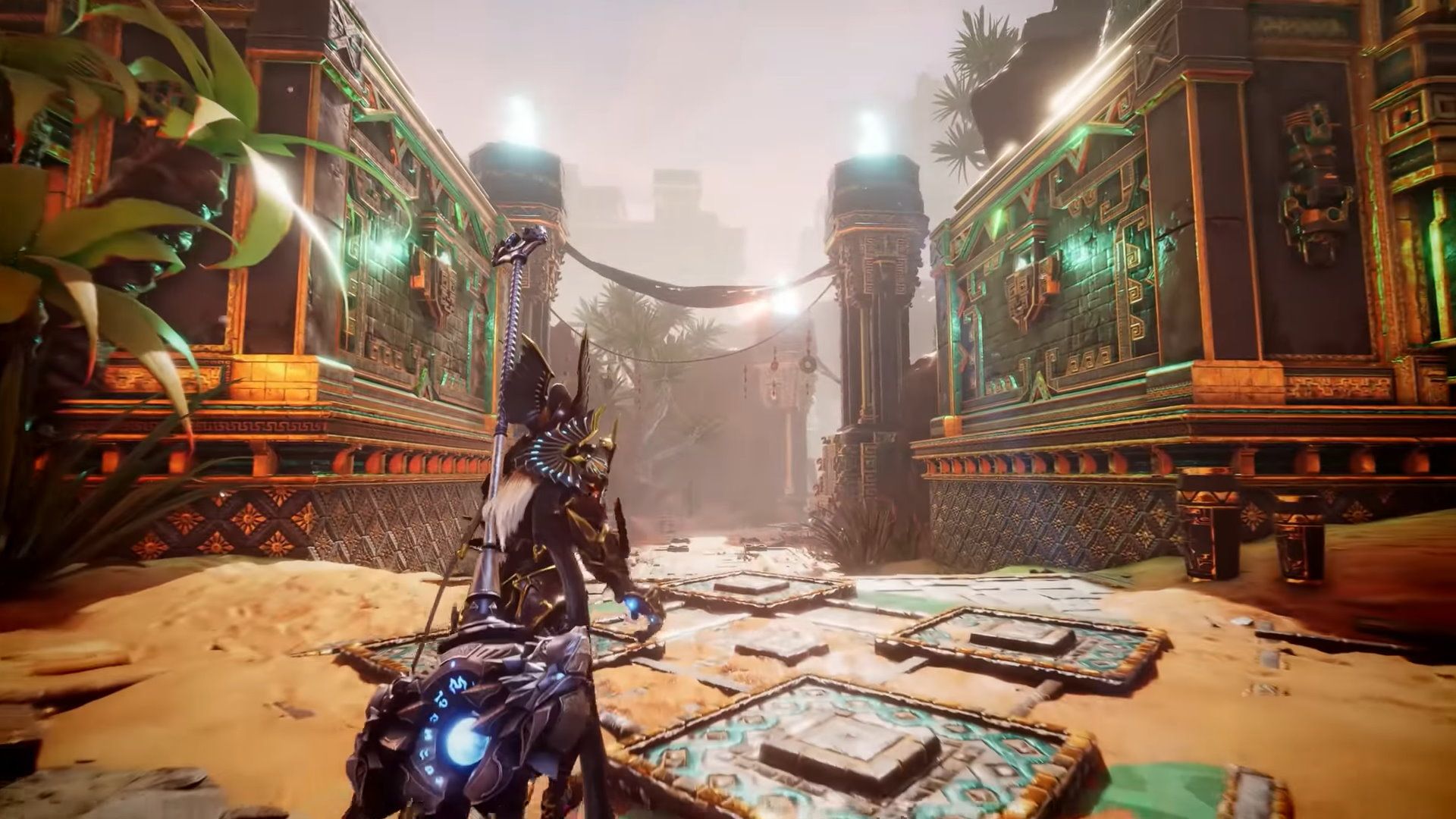 And then Lee dropped a bomb for Nvidia owners everywhere.

The key here is 12 GB of graphics memory. An Nvidia 3080 has just 10 GB of VRAM, while the upcoming AMD Radeon RX 6800XT has 16 GB of VRAM. Since the Nvidia card is going to be two GB short of the necessary memory, that could spell problems for hitting the graphical cap on Godfall.

Nvidia gets away with having less graphics memory thanks to DLSS (Deep Learning Super Sampling), a powerful technology that leverages AI to up-sample textures from lower resolutions to bigger ones on the fly. This means Nvidia cards can still provide 4K graphics without needing all that expensive memory.

AMD doesn’t have DLSS yet, although they announced in last week’s presentation that they’re working on getting a similar technology out soon. To make up for it, AMD just gave their cards more VRAM.

It’s possible that Godfall will be able to use Nvidia’s DLSS technology and still provide a similar quality experience to what we’re seeing in the above video, but it might not be available when Godfall launches on November 12.