With the Street Fighter 6 hype building, and it set to release in the not-too-distant future, we can't contain our excitement. The gears have been turning, and we can't stop thinking about which fighters we want to make the cut. So, why not pick a single fighter from every mainline Steet Fighter game that we think would be an awesome inclusion to the roster? Specifically, characters who haven’t already been confirmed to be on it. 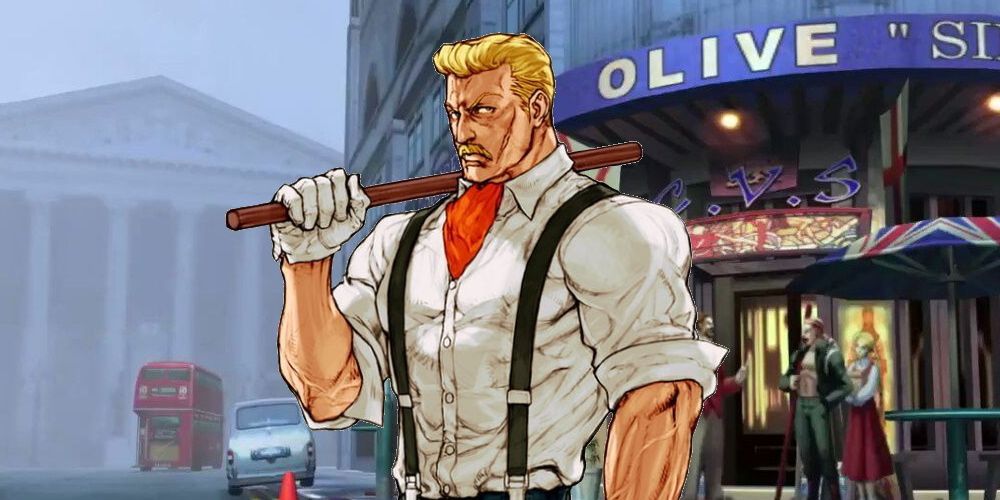 There are a surprising number of notable characters to choose from here, ranging from the Muay Thai King, Sagat, to the hyena-like Adon, to the badass assassin, Gen. However, Eagle is someone we think deserves the nod above all others. His character has roots in classic Hong Kong cinema, as he is based on the antagonist Petrov from the Bruce Lee film Fist Of Fury.

Eagle's eskrima fighting style is also something you rarely see in a fighting game character (outside SNK's own Mr. Big). And that isn't even mentioning the multiple nods to Freddie Mercury tethered to the character! Eagle is just a genuinely unique addition to the roster. The last time we saw him was in the PSP version of Alpha 3. It is time that he makes his way back to the mainline games. 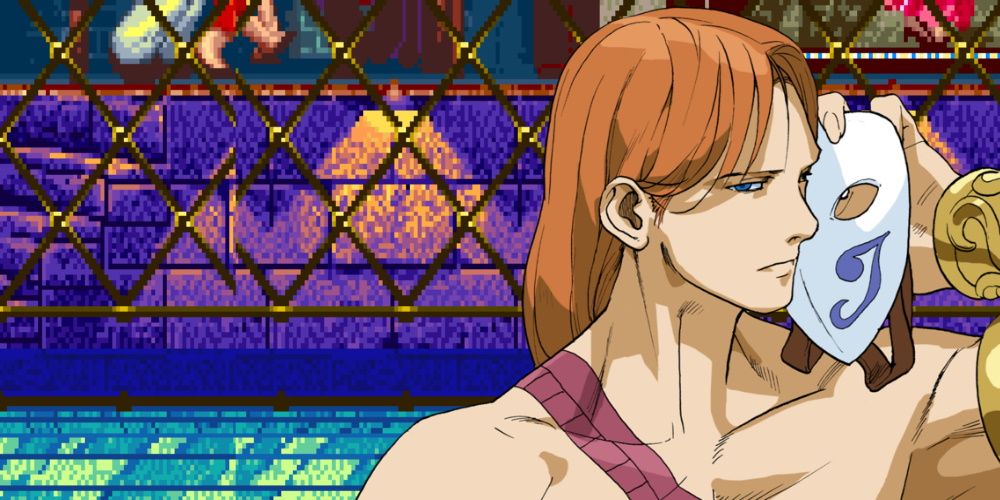 Look, some people may hate fighting against this tricky, rangy, high-flying, suplex-centric Spanish ninja, and we can understand why you may not be clamoring to see his return, but one simple fact remains: no other character plays like Vega. None. He is an absolute one-of-a-kind character. And we think that a roster with variety really helps make Street Fighter better.

Vega also has one of the absolute most badass designs in all of Street Fighter. Maybe you are tired of seeing him bounce from wall to wall, and maybe you hope to never hear his victory yodel again, but we think that Vega brings enough to the table that he should secure a spot on the roster at some point. Honestly, of the original cast, we think Vega stands out. 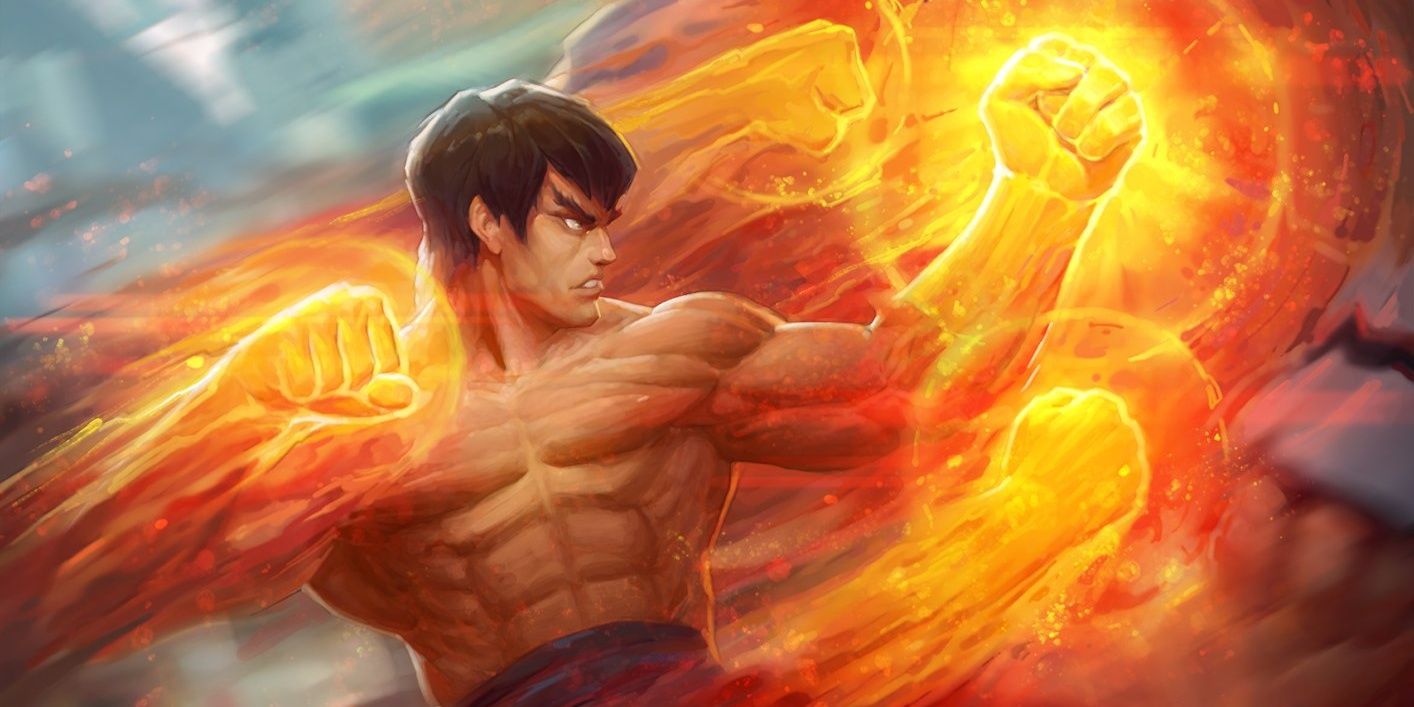 This classic Bruce Lee pastiche sat out during the entire Street Fighter 5 run. Which is honestly too bad, as that game could have used a rekka-based character. Bruce Lee is an entire archetype in fighting games at this point, and Fei Long is among the very best Bruce Lee-like characters. He has a slick, poke-heavy playstyle that emphasizes footsies. There isn't a game that playstyle wouldn't fit well in.

We also think that Fei Long would look incredible with this new, more realistic, graphical style. And hey, if we can give Deejay a spot on the roster, and the leaks have confirmed that he is in, then surely to god Fei Long deserves a spot too! 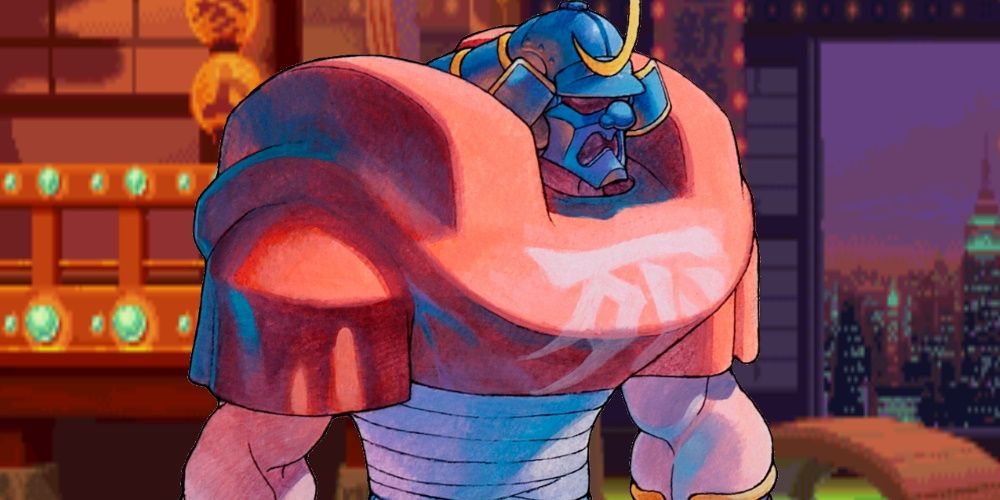 There is a part of our soul that wants to scream Dan Hibiki here, as the buffoonish Saikyo Ryu fighter is so damn iconic, but we are going to refrain and choose a fighter who has been on the sidelines for far too long: Sodom. This is a character who operates in a unique space: being a mix of a strike-based fighter and a grappler.

Sodom has a unique toolset that gives him access to rekkas, charging attacks, but also big damage throws. This former Final Fight boss has been MIA for too many games at this point. With the heavy emphasis on Final Fight we saw in the Street Fighter 6 trailer, it is obvious that Sodom would be a welcome addition to the roster. 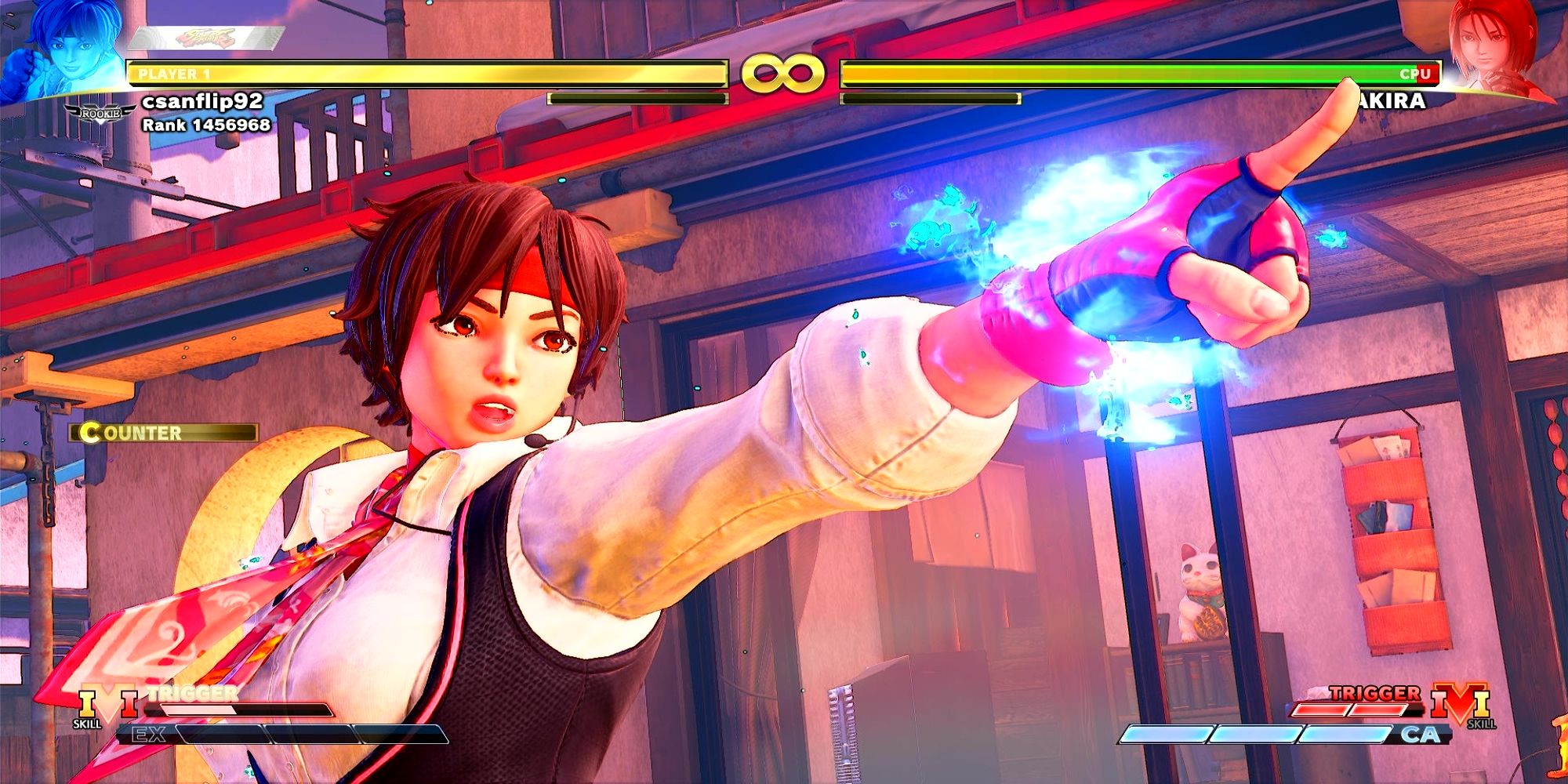 This one is a no-brainer. We have been watching Sakura's character develop over the course of many games now. With Street Fighter 5 we finally saw an adult Sakura, and it was absolutely great to see her move forward in her story. But we want to see more. Who will Sakura become, what is next for this plucky icon?

Also, and this is important, she is easily one of the most beloved characters in the series. Sakura is one of the few characters to not be in the Street Fighter 2 roster who we can say is genuinely iconic. We can relate to the plight of a listless young adult. We want to see her progress in the story; maybe it will give us some ideas in the process. 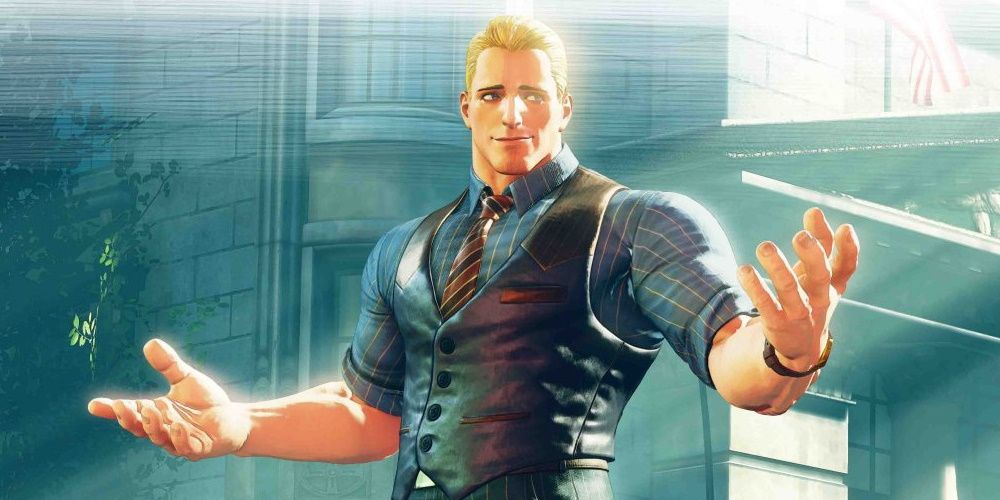 As far as characters in Street Fighter go, Cody has easily had one of the most interesting character arcs. From being Final Fight's "hero", to being an escaped convict in Alpha 3, his story has gone places.

Seeing him push through all of that, and regain his pride—becoming the mayor of Metro City in Street Fighter 5—we can't help but be stoked to see the next step in his development. It also bears mentioning that Metro City was prominently featured in the Street Fighter 6 trailer. So clearly the mayor needs to make an appearance, right? 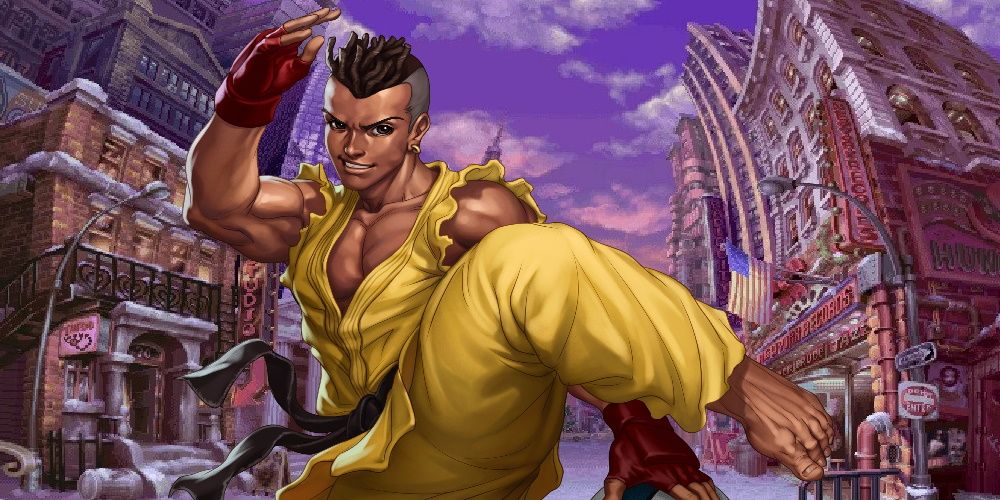 The New Generation of fighters in Street Fighter 3 included a lot of awesome characters. Dudley is absolutely one of the coolest boxers in the series, and Elena brings a completely unique fighting style to the roster. However, it is Sean who we want to see return the most.

It really felt like Street Fighter 3 was just the beginning of his story. Street Fighter 6 will be the next Street Fighter in the timeline, and it is time to see Sean progress. This rough-and-tumble fighter also has some slick moves we desperately want to see translated into the Street Fighter 6 engine. We want to tackle and ground pound again, dammit! 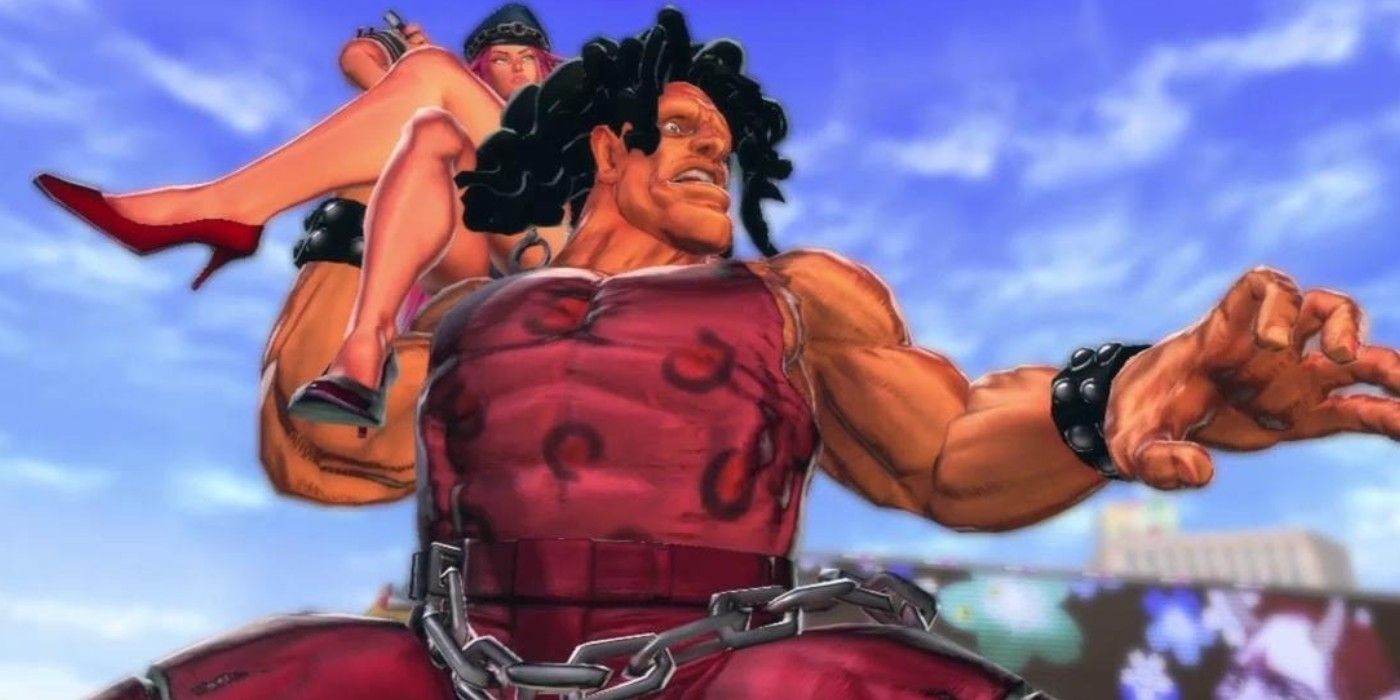 If there is one thing your Street Fighter game is going to need, it is going to be some big-bodied bruisers. So far, there are two confirmed beefy grapplers: Marisa and Zangief. That's quite simply not enough! And who better than the German giant to add some pure mass to the roster?

Hugo is a Street Fighter 3 favorite. He is a lumbering behemoth who pushes the classic archetype to the limits. He does have a command run, but it is often a somewhat dangerous move to use, as it can leave him pretty vulnerable. Still, once he gets a hold of you, you will know the meaning of pain. 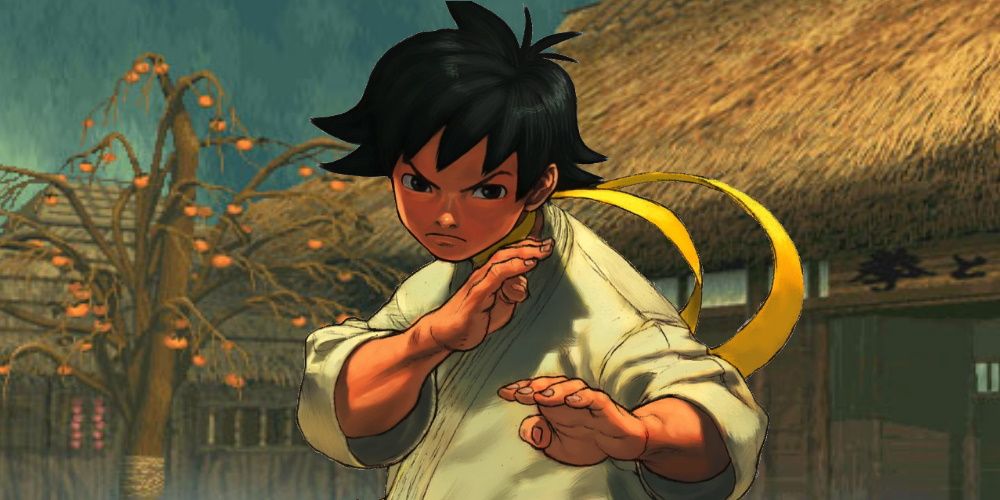 The Street Fighter series is filled to the brim with Karate practitioners. But while they all wear the gi, very few of them seem to do much, you know, karate. Makoto is the one exception. She genuinely has attacks that look like accentuated versions of real karate moves.

Everything from Makoto's extremely clean design, to her unique all-or-nothing style of play makes her a fantastic roster addition. She skipped Street Fighter 5; we need to see her come back for Street Fighter 6. 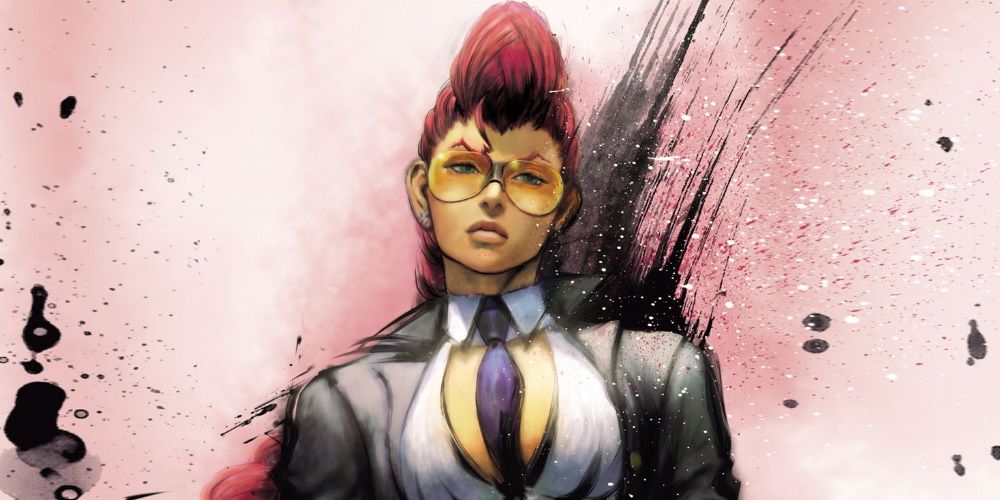 The new fighters added in Street Fighter 4 were a little all-over-the-place. However, one character did stand out for her unique moveset, and her extremely technical style of play: C. Viper. While she may look like she would be more at home in an SNK game, C. Viper definitely has a solid aesthetic.

C. Viper also brings a very exciting play style to the table. Her mobility is unique and gives her a lot of versatility, making her an interesting character to fight against, too. Lastly, she is one of the few Street Fighter characters who is a mom. We have tons of fathers in the cast; we need a few mothers as well! 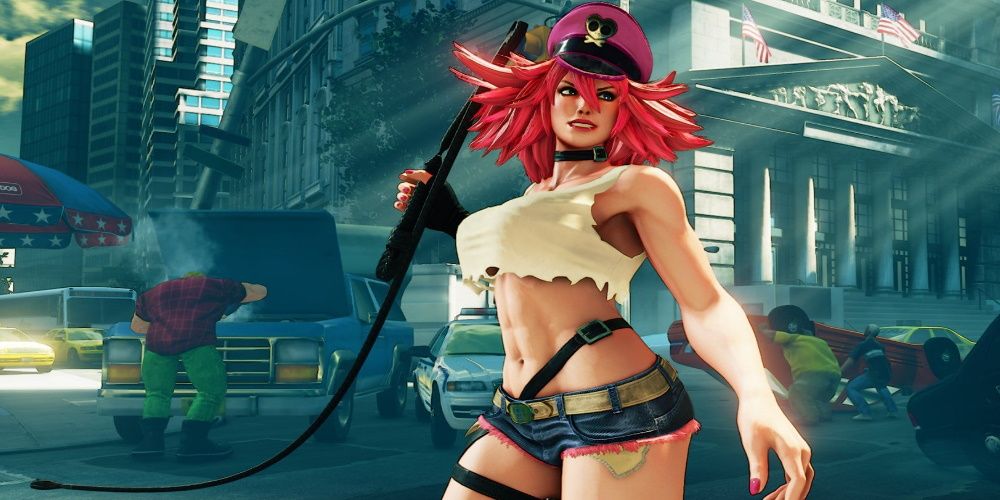 Poison is one of the big crossover stars from Final Fight. Much like Hugo, she has gone from being just a standard thug you would fight, to being a pretty prominent character.

Not only has Poison become an icon in her own right, but she has actually radically altered her playstyle across the only two Street Fighter games she has appeared in. If we are being honest, we would prefer that she hold onto her Street Fighter 5 style of play, but we would just generally be happy to see her back again. 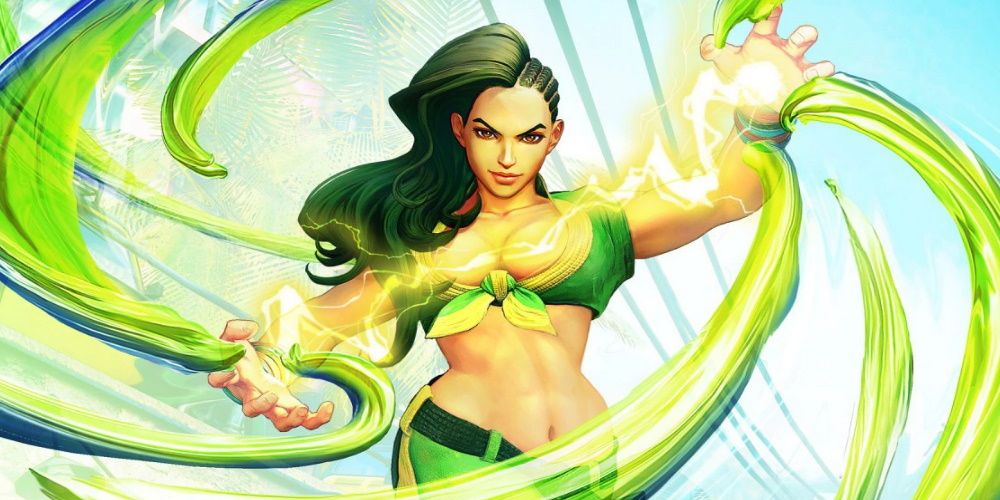 With the inclusion of Laura, Blanka became the second-best Brazilian character with a green color scheme and electricity powers in the series. To anyone who has fought against Laura, you know what it is like being in the blender. Once Laura gets her hands on you, she has a plethora of ways to make you suffer.

She also has some pretty interesting tools that she can use to help her get in. We love the speedy grappler archetype and, honestly, we think Laura may just be the best example of that. It would be even better if Laura could make it in with her brother: Sean. There is nothing like a good ol' sibling rivalry! 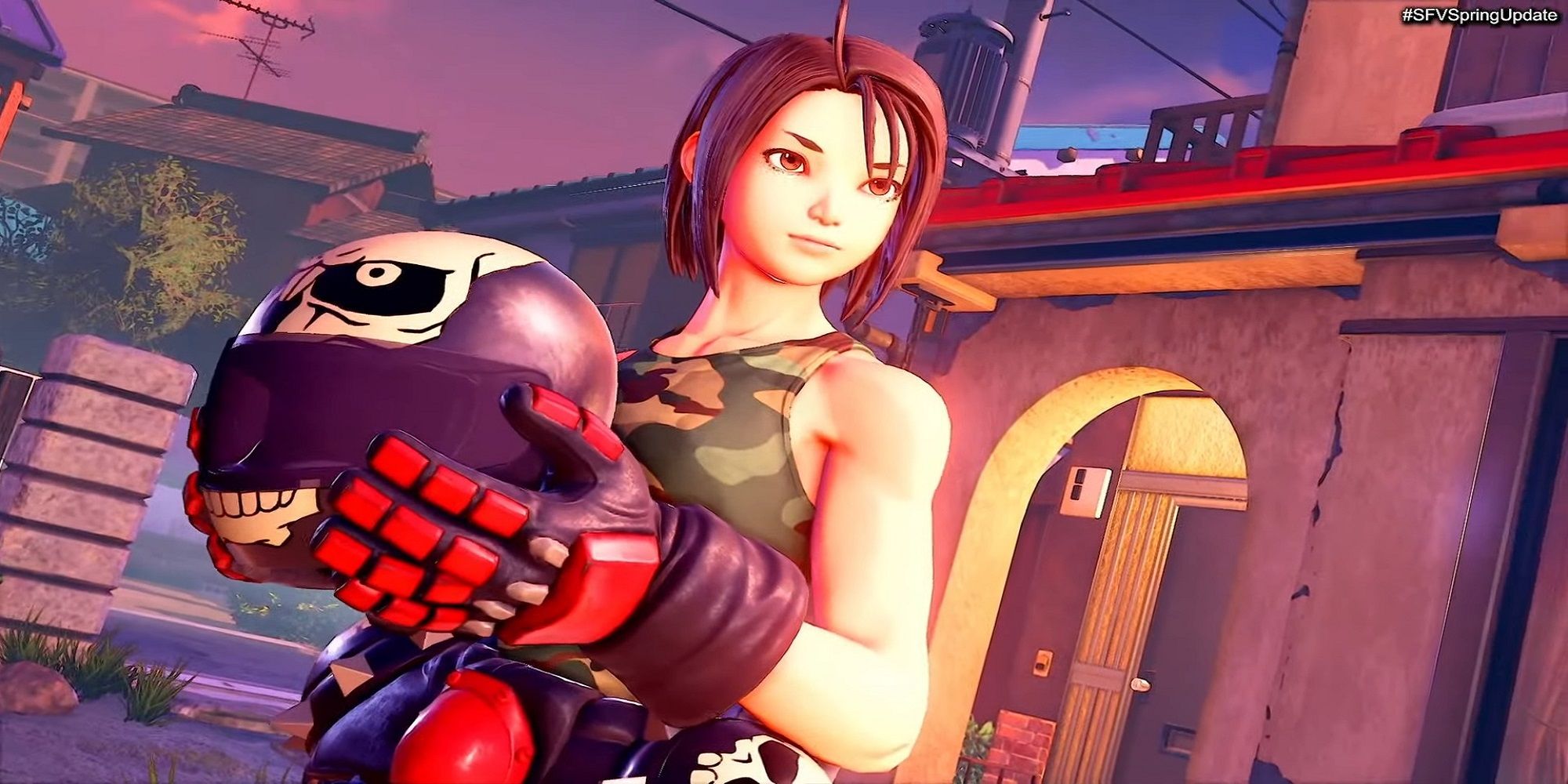 Akira is one of the latest additions to the Street Fighter roster. Being the first official Rival Schools character to cross over, she is something of a trendsetter. It would seem pretty unfair for her to not make the roster, here. We barely had any time with Akira in Street Fighter 5, but what she brought to the table was fascinating.

Akira comes packed with Rival Schools mechanics. So, she has that unique style of air-combo found only in those games, and she even has an assist attack (which was her V-Trigger in Street Fighter 5). This is one character we need to see more of. She can't just be a one-off. Akira needs to make the Street Fighter 6 roster!