With the release of Overwatch 2, players have been anticipating the exciting PvE story mode and its new enemies. Unlike the standard 5v5, PvE is a different beast entirely, and teams will have to focus on crowd control and DPS, so maybe your beloved Lúcio or Doomfist might have to warm the bench too.

Like with the earlier Talon and Uprising Missions you can expect to spend less time dueling fearsome foes and more time fighting off rounds of riffraff and robots. So in PvE, a mixture of crowd control, high damage and adaptability are key– sorry Reinhardt and Widowmaker mains, you might need to swap. 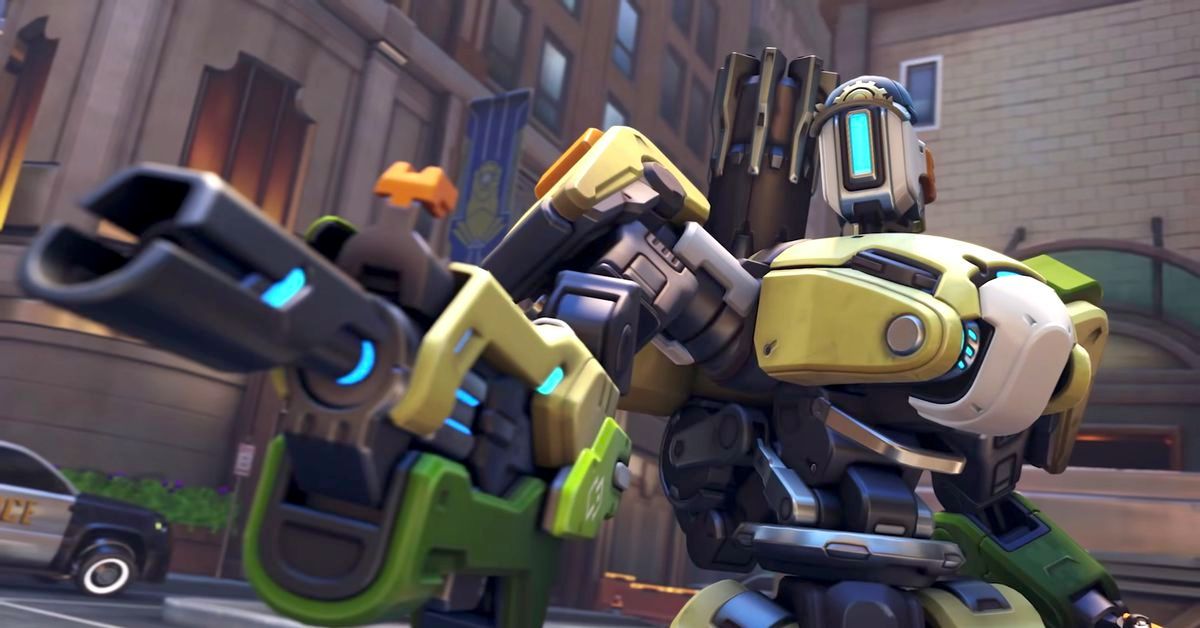 With its complete mechanical overhaul done for Overwatch 2, Bastion the point-controlling turret is no more. Instead, this bionic buddy-of-birds is now an all-terrain vehicle, with its stationary turret having been traded for a new Assault mode which transforms Bastion into a roaming, mini gun-firing tank.

This newly mobile Bastion also comes with a grenade launcher for AoE and rocket-jumping, and his ultimate is now an artillery cannon for bombing baddies anywhere on the map. The only downside to these changes is that Bastion has traded his self-repair for a less useful 'Ironclad' defense buff during these Assault and Artillery modes. 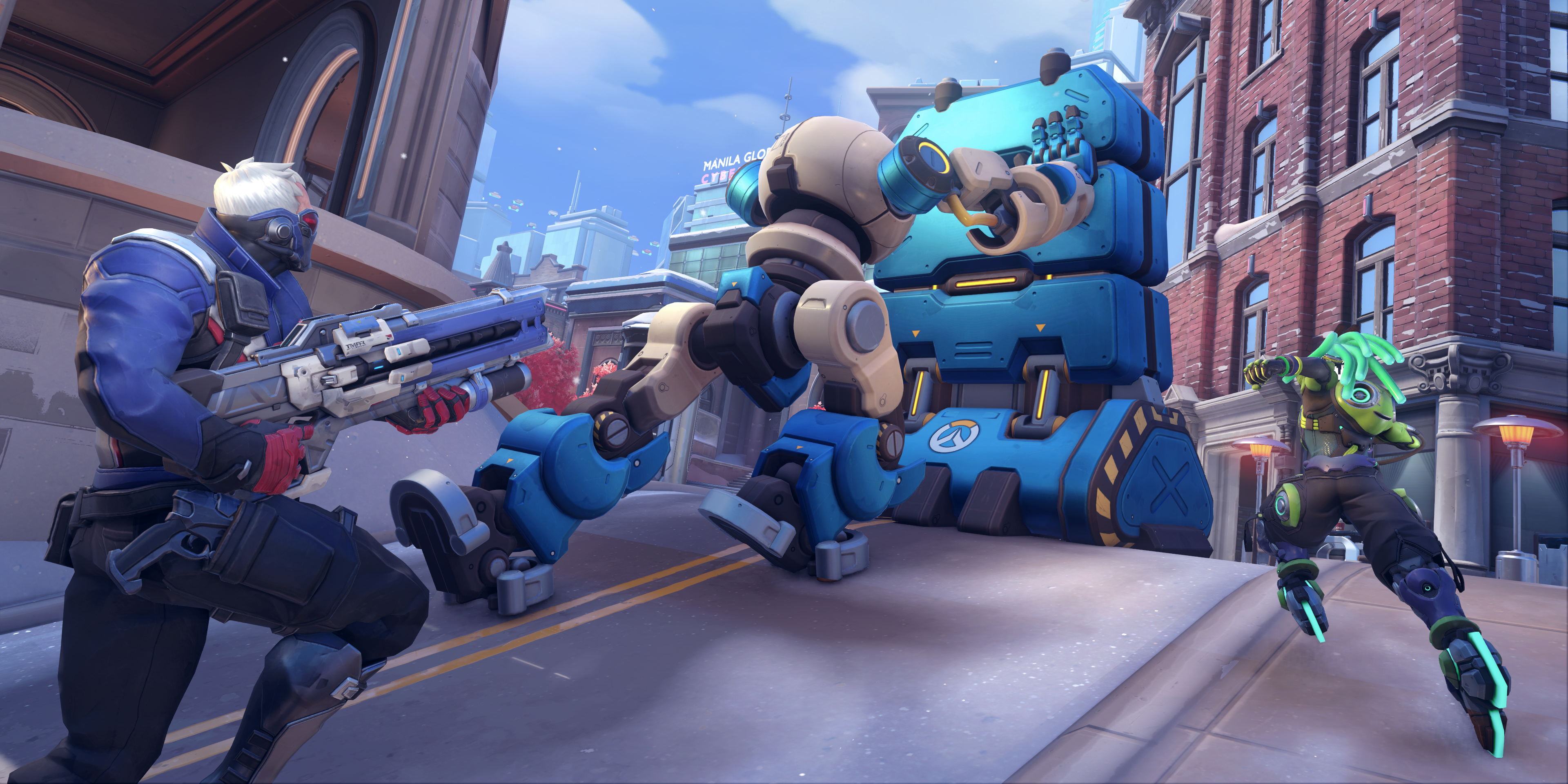 The game’s original man-for-all-seasons has thankfully had precious few changes. He was designed to be Overwatch’s balanced pick for new players and FPS lovers, and not much has changed. 76 is a perfect pick for PvE because of his versatility.

In Overwatch 2, he’s taken a small debuff to his gun’s damage and his ultimate’s range, but Soldier 76’s rifle, rockets, running, and regeneration still mean he can take down both bosses and bands of baddies alike– Just don’t forget to aim for the head. 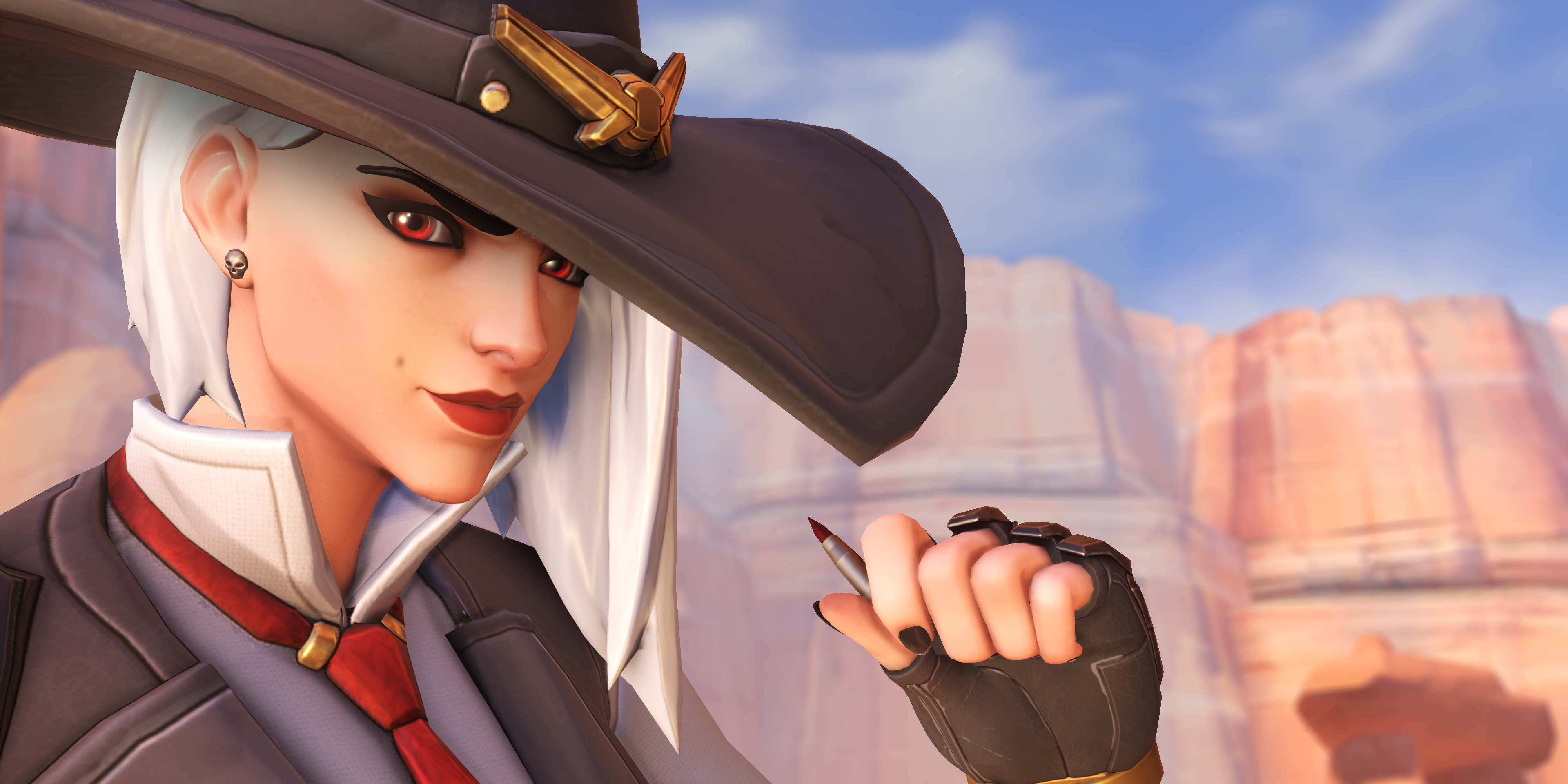 If long range and high accuracy are your things, you might prefer the Deadlock Gang gunslinger, Ashe (and her right-hand man, Bob). Unlike the more niche Widowmaker, Ashe can step out of the shadows and onto the battlefield when necessary, where her dynamite and bestie Bob do a good job of keeping enemies at bay.

Where she really shines is critical hits; with such high damage per shot, if she’s getting headshots, she’s getting eliminations. An accurate Ashe player can take down a band of bandits or what have you with the ease and style of Arthur Morgan using Deadeye in Red Dead Redemption 2. 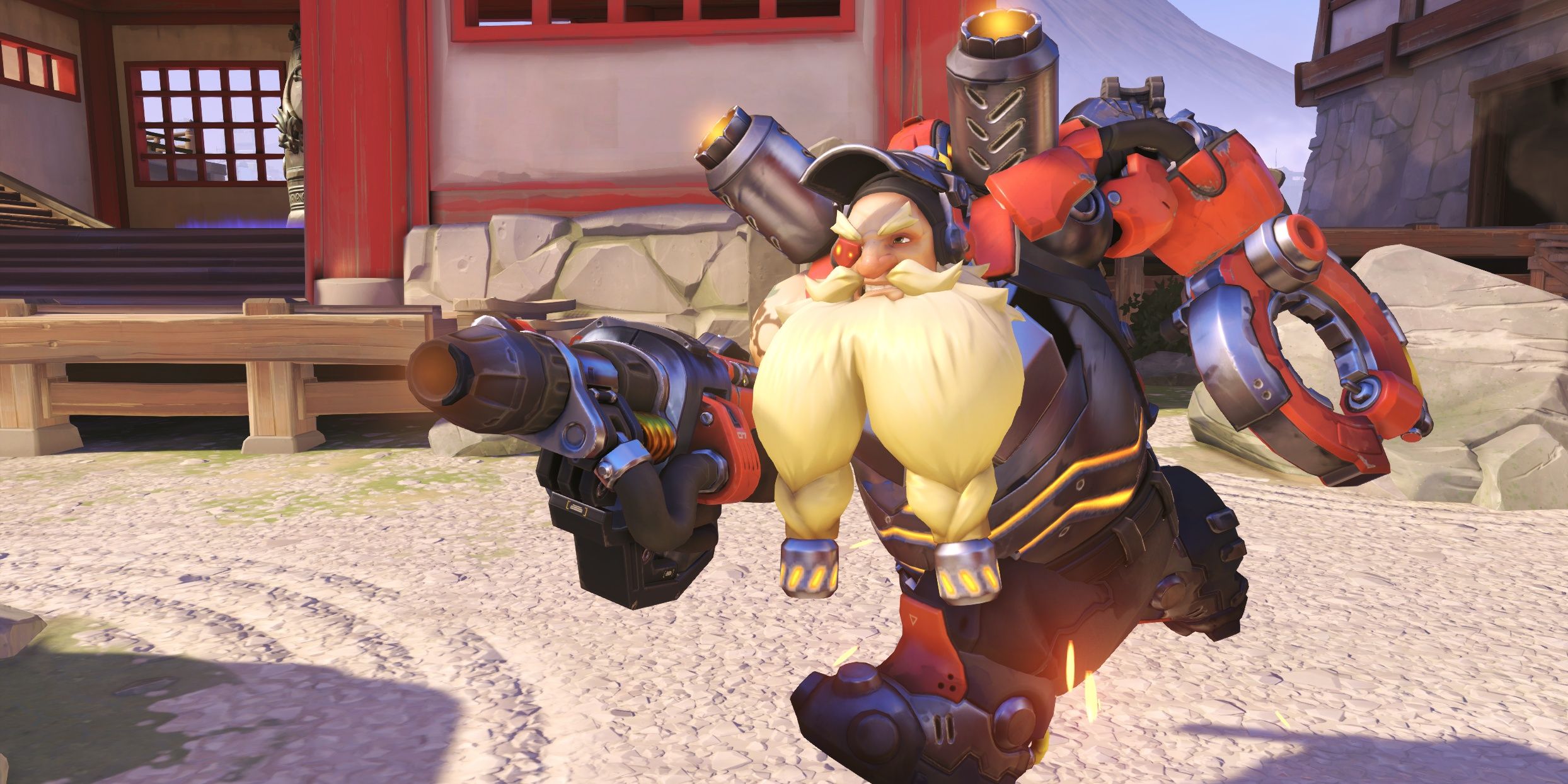 Though this mechanical maestro may not be making waves in the competitive meta, he’s often a wonderful pick for PvE. If you played Overwatch’s Uprising event, you’ll know how useful he can be – his mix of armor and damage-dealing allow for adaptive play, and besides, with some keen placement, his turret is practically a second teammate.

As long as you’re not playing an offensive map, where you’re moving ahead every minute, your turret can be relied on to watch your back while you crowd-control and pick off stragglers with his rivet gun. 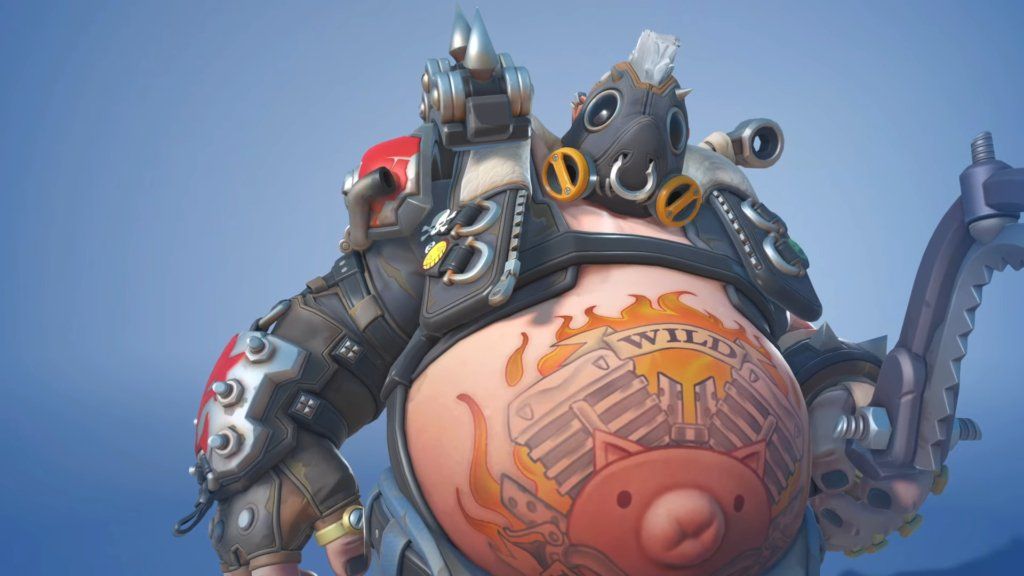 With high health and quick healing, Roadhog’s survivability is no doubt his strong suit. In fact, his self-sufficiency has Roadhog often ranked as one of the worst tanks for standard PvP as he has no means of protecting or supporting his teammates aside from acting as a human shield.

But in PvE, Roadhog is a real contender. He can deal respectable damage with his scrap gun’s alternate fire being able to one-shot most common enemies. Even more useful is his hook, which can steal snipers from their perch – and to round off his skillset, his Whole Hog ultimate makes crowd control a breeze by pushing back advancing groups and breaking down heavies. The stealth-assassin hero may not be the first to come to mind when picking for a PvE match, but the changes made to her character in Overwatch 2 have cranked up her abilities with only a minor nerf to her bullet damage. Against the less evasive NPCs in PvE, her SMG can crank up her DPS with a barrage of critical hits.

Add this to the fact she can stun half the battlefield with her hacking ability and then has increased damage on hacked targets, and you’ll quickly see how effective she can be. 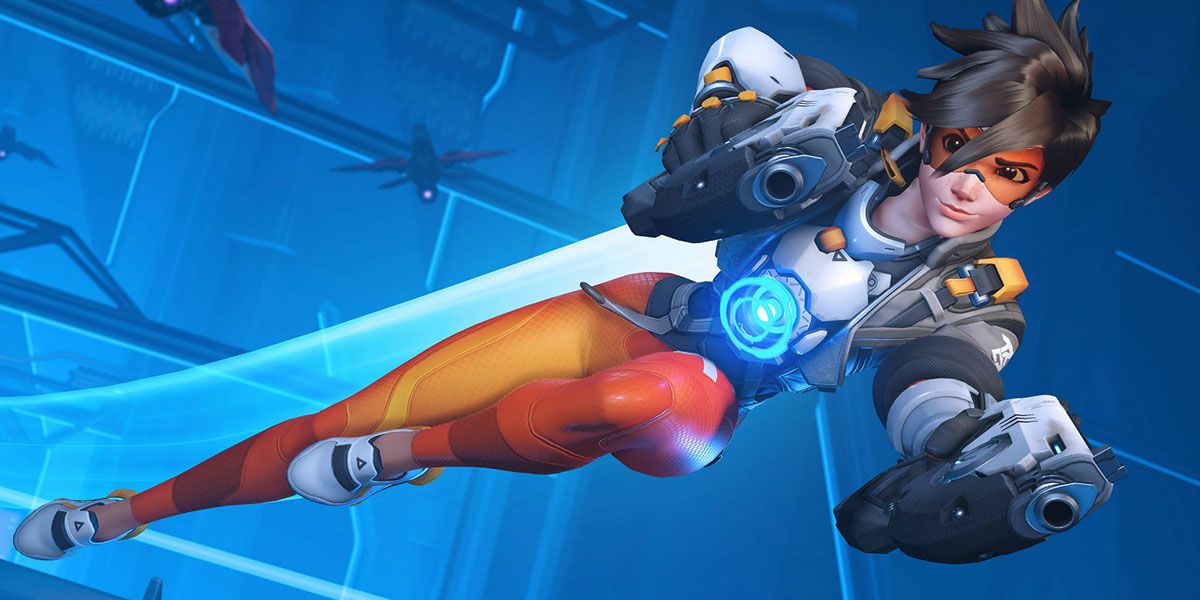 Though her Pulse Pistols have been nerfed and now deal a point less damage per bullet, due to an armor overhaul, she deals more damage to armored targets than before. Like other quick-firing heroes, Tracer can make short work of most enemies if exploiting their weak spots and dealing critical hits.

So long as you can dodge and evade enemy fire and make strategic use of her recall ability, Tracer can deal consistently high DPS while enjoying the use of her quick-charging sticky bomb ultimate ability.

The skilled archer has an easier time hitting NPCs in PvE than in standard PvP, meaning he hits more headshots and can enjoy being one of the highest DPS heroes. His lack of utility skills and support also means he works better in PvE and his biggest weakness is his lack of mobility, which leaves him open to snipers.

Though Hanzo’s sniping may be outdone by Widowmaker’s hitscan rifle, his ability to play mid-range makes him a better pick for offensive modes and maps lacking long sight lines, such as the best map, King’s Row.