With Overwatch 2 being out a week now, more players may be looking to check the game out and explore new Heroes. There are so many heroes to choose from with different roles and abilities. Understanding which heroes may suit your style can be tough and overwhelming.

If you are looking to check out Overwatch 2, or you are looking for a character to main and rise through the ranks in competitive mode. Then this guide should help you to understand the Hero Junkrat, the role he has to play in the team, and some tips on how you can play as him, to help your team to reach the victory. 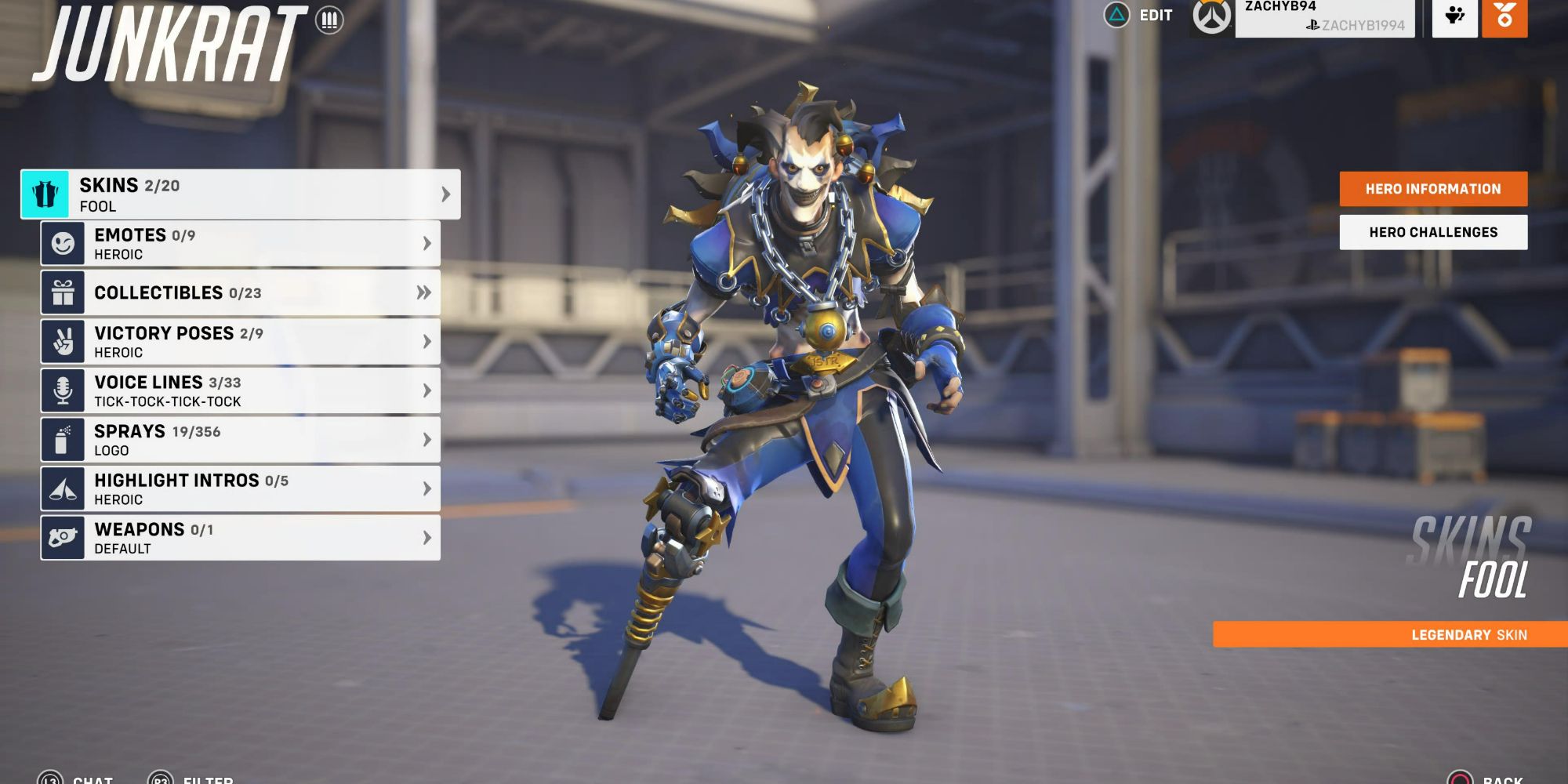 There are multiple team roles that can be chosen from in Overwatch, these are Tank, Damage, and Support. Junkrat comes in the Damage category since his abilities and weapon are firmly oriented to an aggressive approach. His main responsibility in this role is to get as much damage as possible on the Enemy team, which doesn't mean you have to get lots of kills, but a mixture of assists and kills, aiming to have one of the higher damage outputs on the team. 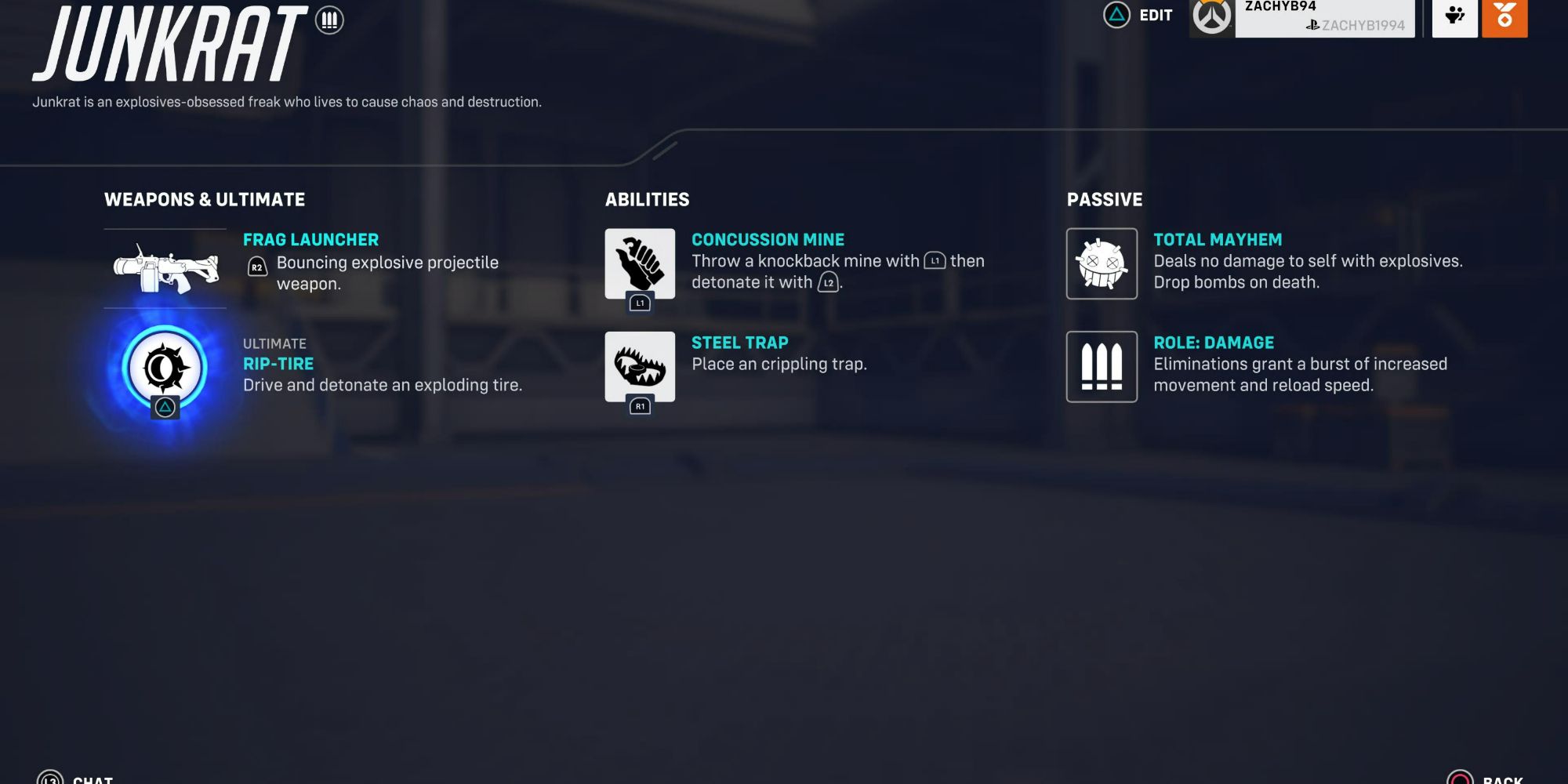 Junkrat's weapon is called the Frag Launcher, it fires projectiles that bounce off of surfaces before exploding. This makes the weapon great for clearing out rooms of enemies or getting to people around corners. This weapon can be used up close or from afar, the higher you aim the weapon the further the explosives travel, and with their bouncing capabilities, they can cover a large distance, unless you shoot them directly at an enemy so they explode on impact.

Junkrat also has two abilities, the Concussion Mine, and Steel trap, he also has his Ultimate which is the Rip-Tire.

This Mine is a knockback mine that you can throw out to knock enemies back. Unlike most mines this is a remote detonation, so you have to blow it up rather than it being activated when an enemy comes near it.

This mine will knock the enemy back and damage them a bit when detonated, and by using the passive ability Total Mayhem, that combination will stop Junkrat from being damaged by his own explosives, meaning that you can throw down a mine and detonate it.

This will knock Junkrat forward and help him to get to high places and quickly traverse the map, but keep in mind that while you can carry two mines, only one mine can be active at once.

This ability is a trapping ability, when you place this down and an enemy walks into it then they will be trapped in place. This is a great way to protect your team and objectives to stop enemies from approaching. This also allows you and your team to damage enemies when they are trapped in place and cannot fight back.

Junkrat's ultimate is a very good way of clearing a room or eliminating multiple enemies should they be stacked up on top of each other. The ultimate is a Tire that you control and drive around, it can be detonated or explodes after a timer.

Because it is remotely controlled, it is a great idea to hide in a room or corner and set this off, but bear in mind that the Tire can be shot and destroyed before you explode it. This is why doing it close by can be more effective, as the enemy does not have time to react before detonation.

How To Play As Junkrat 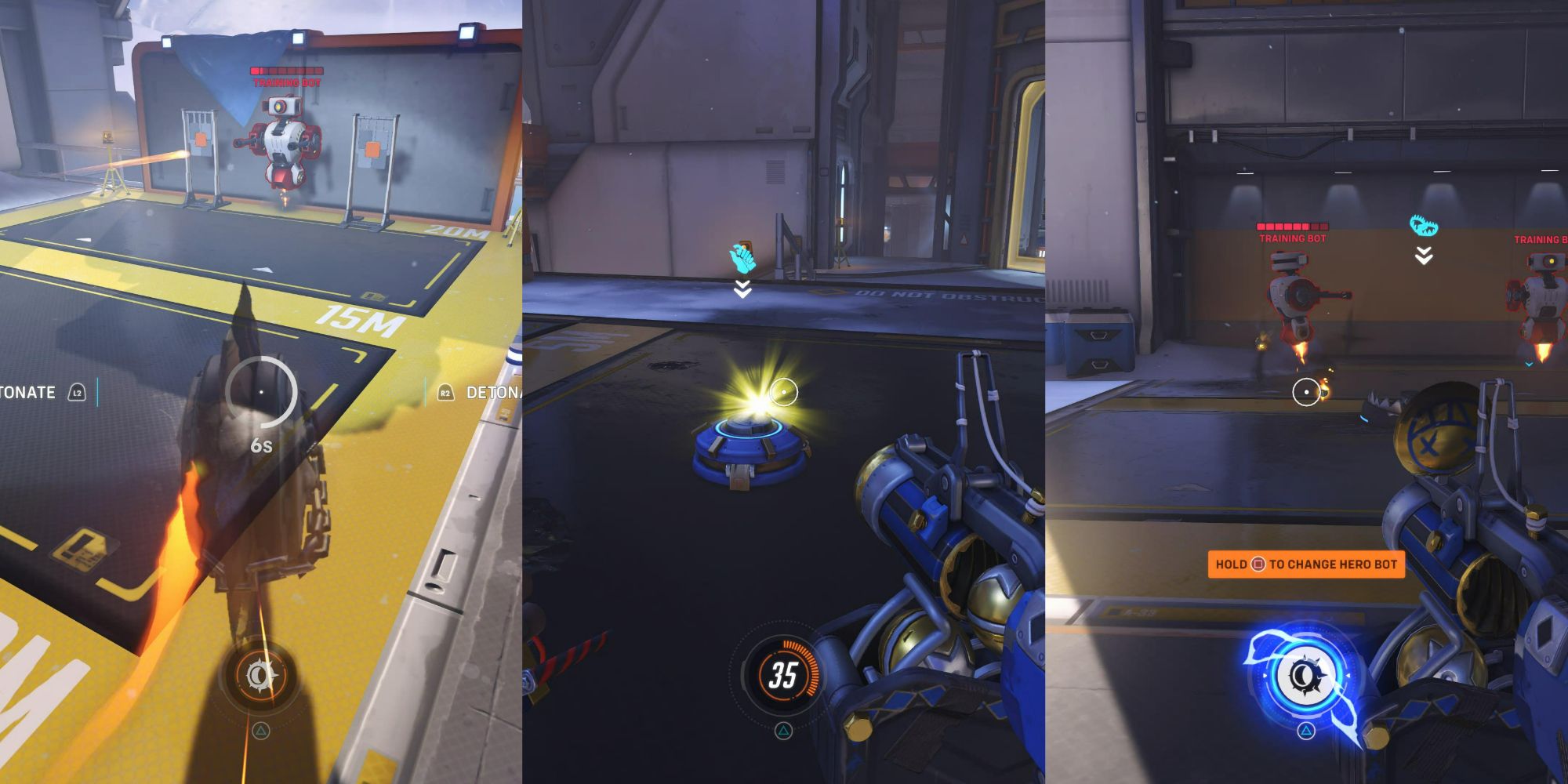 Junkrat is a hero that is best used from close to medium range, and while he can be used from long distances, it's not as effective. This is because it is harder to control the trajectory and bounce of the explosives from a distance, and you cannot utilise the abilities as well when at distance. For Junkrat, you are best to be sat on the objective or pushing into the enemy team and firing off explosives.

If you can set your knockbacks and Steel Traps then you are able to safeguard an objective and help your team to propel the enemy. A great play for Junkrat is to use the Concussion Mine to launch you into a high vantage point. From there you can rain down explosives and do serious damage to the enemy team. As the damage role you can dip in and out doing as much damage as possible by doing this you can efficiently push enemies off of objectives and help keep them off your team.

With Junkrat's weapon you can fire the projectiles over walls this can be a good way to help push enemies back and get damage on them without getting into the firing line.

Junkrat usually does best on a team that has a Tank and a Healer on it. If you have a tank that can protect you with a shield like Reinhardt, and a Healer like Mercy to keep you healed up, you can just spam explosives at the enemies without getting too hurt and dealing maximum damage.

The great thing about Junkrat is that he is so versatile, so if you find yourself being rushed by the enemy team you have enough firepower with direct hits to at least survive till backup arrives, or do big damage for your team to swoop in and clean them up. Then on the flip side, if you want to be at medium range and not right in the thick of it, you can take pot shots from farther out to do more damage and recover if you are hurt.