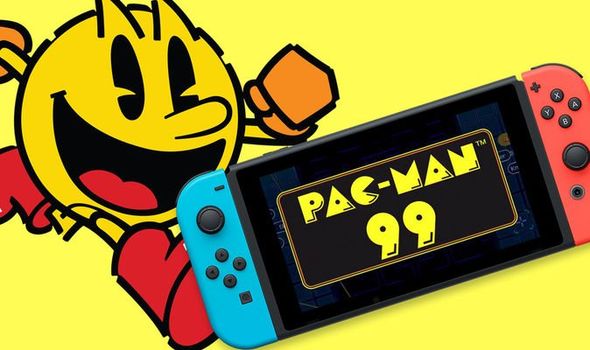 Pac-Man 99 has been revealed by Nintendo and Bandai Namco today, and will be heading to Switch Online very shortly. As the name suggests, Pac-Man 99 continues the Switch Online’s selection of battle royale games which began with Tetris 99 back in 2019, and continued with Mario 35 which – sadly – is no longer available. But if you’re missing Mario 35 the good news is you don’t have too long to get your teeth sunk into the new Pac-Man.

Pac-Man 99 is out on Thursday April 8 in the UK and Europe, while gamers in the US get the Nintendo Switch free download on Wednesday April 7.

The Nintendo of America Twitter account said Pac-Man 99 will be going live in the Switch eShop at 6pm pacific time on April 7.

The Nintendo of UK Twitter, however, hasn’t confirmed a release time. The @NintendoUK Twitter posted: “Become the leader of the PAC in PAC-MAN 99, a new online battle royale game on #NintendoSwitch that’s available as a special offer for #NintendoSwitchOnline members from 08/04!”

If you want to pre-load Pac-Man 99 ahead of the Switch game going live then you can do so by clicking here.

If Pac-Man 99 is going live at the same time in regions around the world then it would mean UK gamers would be able to play the online version of the 80s arcade classic at 2am on April 8.

However, the official Nintendo website says new eShop releases are usually available later then that.

In a post online covering new releases in general, Nintendo said: “Content will usually be available at 14:00 GMT (15:00 CET) on the day of release.

The new-Pac Man game has 99 people playing the iconic video game at once, trying to eat Pac-Dots, run away from Ghosts or gobble the ghouls up when they can to see which player can survivie the longest. 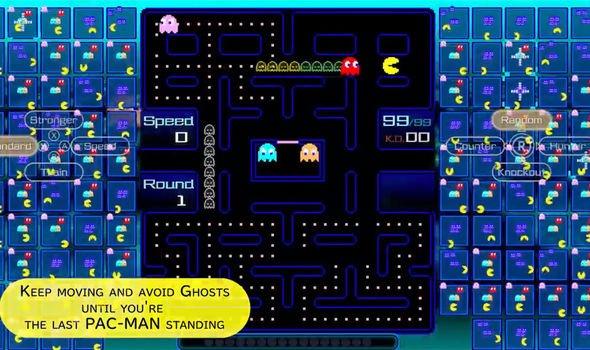 The final player left standing out of the 99 will be crowned the Pac-One.

The Nintendo eShop listing for Pac-Man 99 says: “Take on the world and aim to be the last PAC-MAN chomping in PAC-MAN 99 for Nintendo Switch, a new online battle royale game available free as a special offer to Nintendo Switch Online members.

“Enter the world of PAC-MAN…with a twist! Roam the maze, eat Pac-Dots and avoid Ghosts, all while competing online against 98 other players* as you try to stay alive. The longer you last, the faster things get – will you survive and become the PAC-ONE?”

Pac-Man 99 is an exclusive game for Nintendo Switch Online subscribers. Paid-for DLC can also be purchased to enjoy content offline as well other themes based on classic Namco games like Dig Dug.