The Beefeater Pikachu plush that was exclusively sold at Pokemon Center London over the past few days is being scalped for nearly triple the retail price.

On August 17, Pokemon Center London finally reopened after a few years hiatus, and will remain open until August 21. The pop-up store has been so popular that, in a repeat of when it was last open in 2019, queues that stretch outside of the shopping centre have been reported, despite a new booking system being implemented to prevent such an issue.

Long lines aren't the only issue, however. As reported by VGC, the Pokemon Center London exclusive Beefeater Pikachu plush, which puts Pikachu in a suit and tie, has completely sold out in-store and is now being scalped for almost triple the price online. 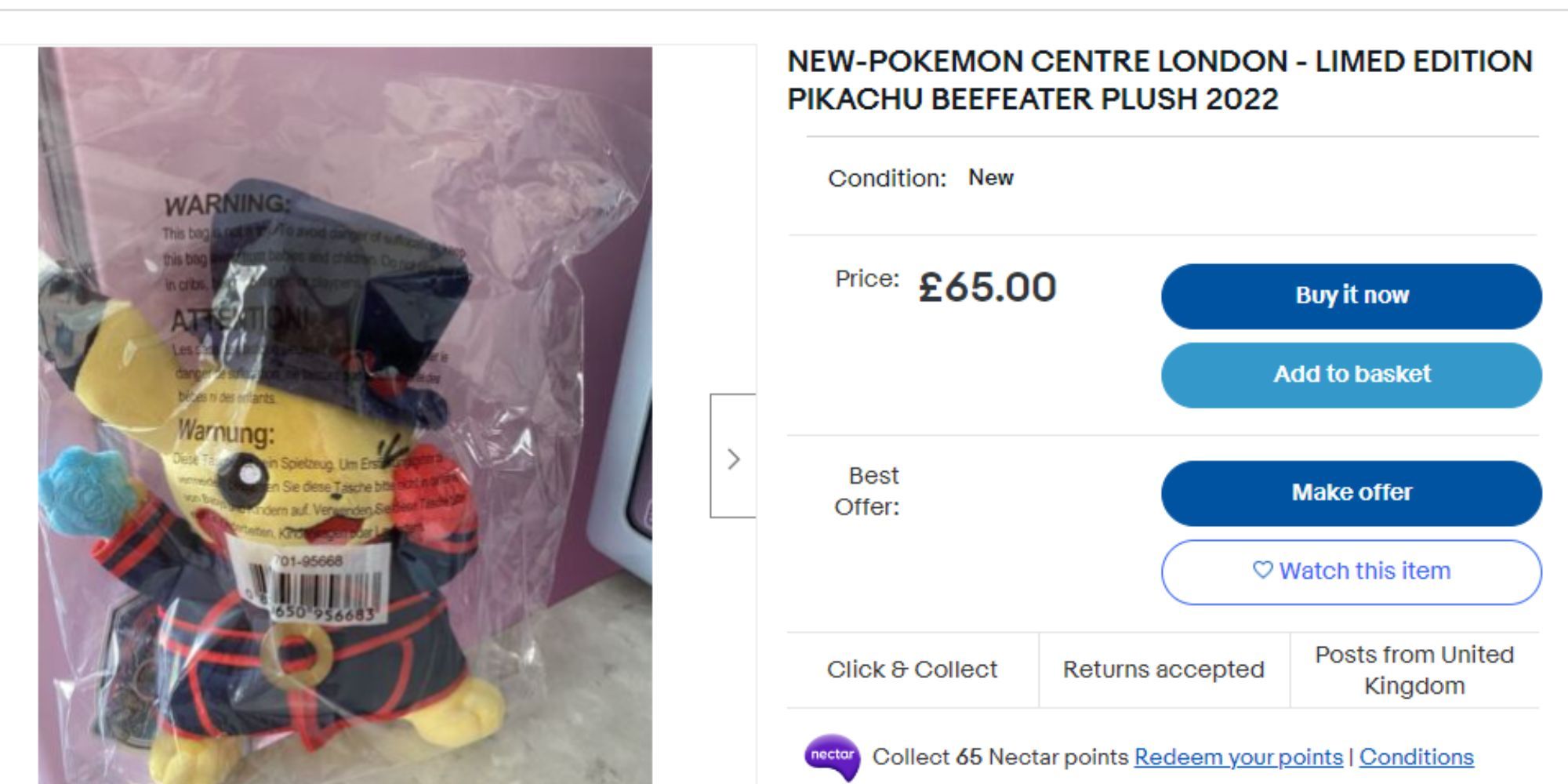 According to VGC, the plush was readily available during the store's opening on Thursday, but has now completely sold out today. A Pokemon Center London employee said that the plush sold out "within the hour", while other exclusive items now also seem to be in short supply.

What happens when an exclusive Pokemon item gets released and quickly sells out? It gets scalped, of course. Heading over to eBay shows prices for the Beefeater Pikachu plush reaching up to £65, which is more than three times the retail price of £17.99. Other sellers were a bit more realistic with prices up to £30.

Although the Beefeater Pikachu plushes are undoubtedly the biggest of the items exclusive to Pokemon Center London, they're far from the only ones being scalped on eBay currently. Some of the other items and general prices include the exclusive Tote Bag going for £50, the Beefeater Pikachu figure at around £55, and the Pokemon World Championships t-shirt being sold for £80.

Anyone who remembers the 2019 opening of the Pokemon Center in London will no doubt remember the exact same thing happening then, with most of the items, including plushes of the then-unreleased Sword & Shield starters, quickly selling out and appearing online.