Every Pokemon journey starts the same way. You wake up, pick your starter, leave your mom behind, and venture towards the first gym. This is arguably the most important gym in the entire challenge because it sets your expectations regarding what's about to come. You want someone who is equally charming, supportive, and tough.

However, not all gym leaders are created equal, that's why there's a ranking system! But even amongst the first gym leaders, there is a definitive hierarchy as to who is the strongest. These are the best first gym leaders in all of Pokemon. 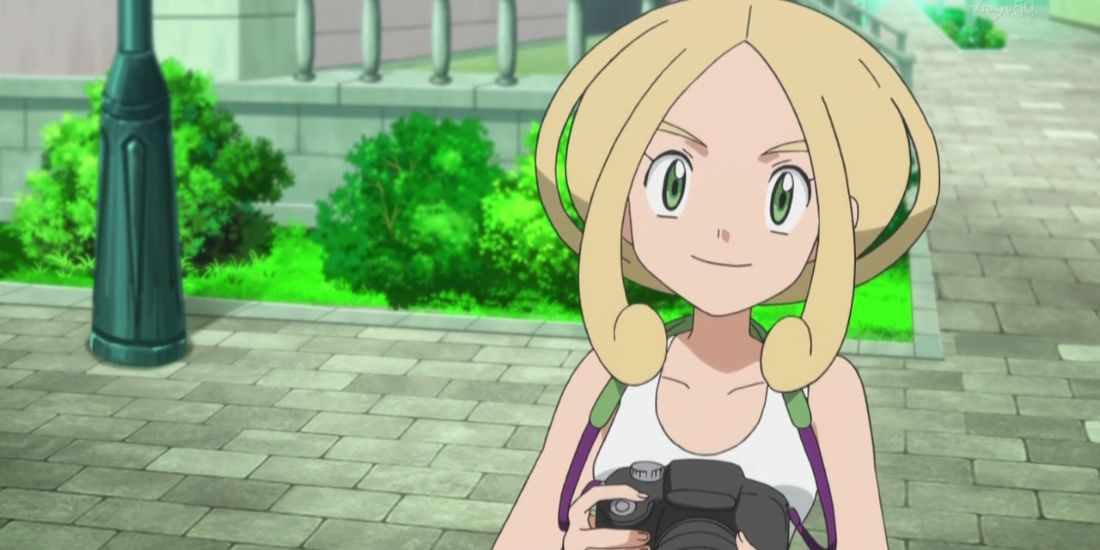 The first of only two women on this list, Viola is a photographer with an affinity for Bug-type Pokemon. She's sweet, has a French accent, and some of the weirdest hair in the game (and that's saying something). However, none of this translates into a difficult battle.

Viola has two Pokemon, Surskit and Vivillion. Neither is really that threatening and both have plenty of counters found on the route before the gym. While Surskit is meant to counter the Bug-type's Rock and Fire weaknesses, neither are really that prevalent. Plus, Surskit is too weak to do anything anyway. So while there is some thought to her team, it is easily the weakest of all the first gym leaders. 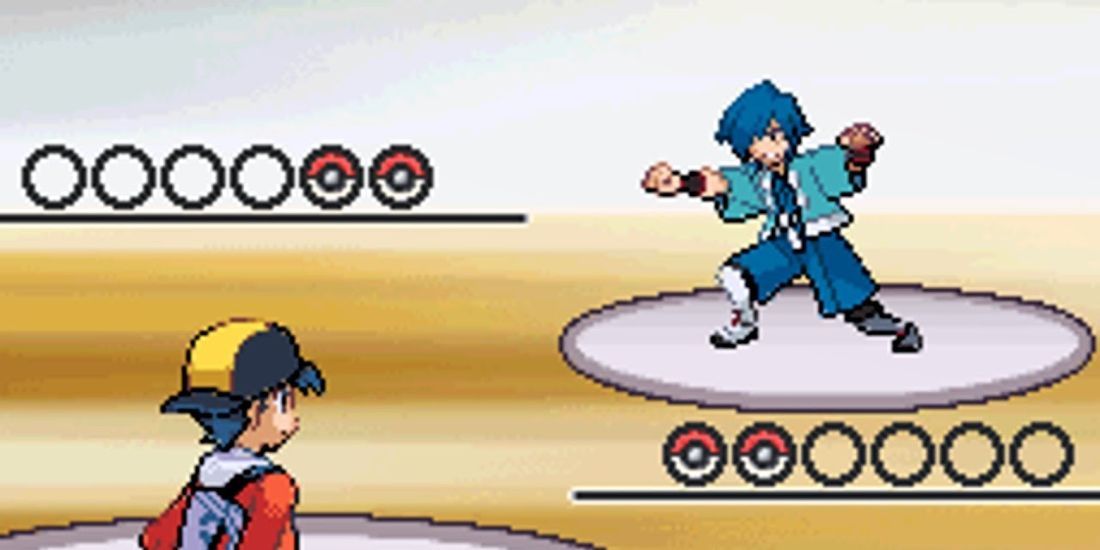 Falkner is a Flying-type trainer that is rather underwhelming. A newer gym leader, Falkner took over the Violet City Gym after his father left. Not only that, but he took all of his Pokemon as well. So Falkner is really just a bratty kid existing on his father's laurels.

In regard to level, Falkner is by far the weakest gym leader since in Gold and Silve. His Pidgeotto is only level nine, even though it is a middle evolution that evolves at level 16. Apparently, his dad is a cheater! But even with all this, there are less direct answers to Falkner's team as opposed to Viola's, so he barely edges out the French photographer. 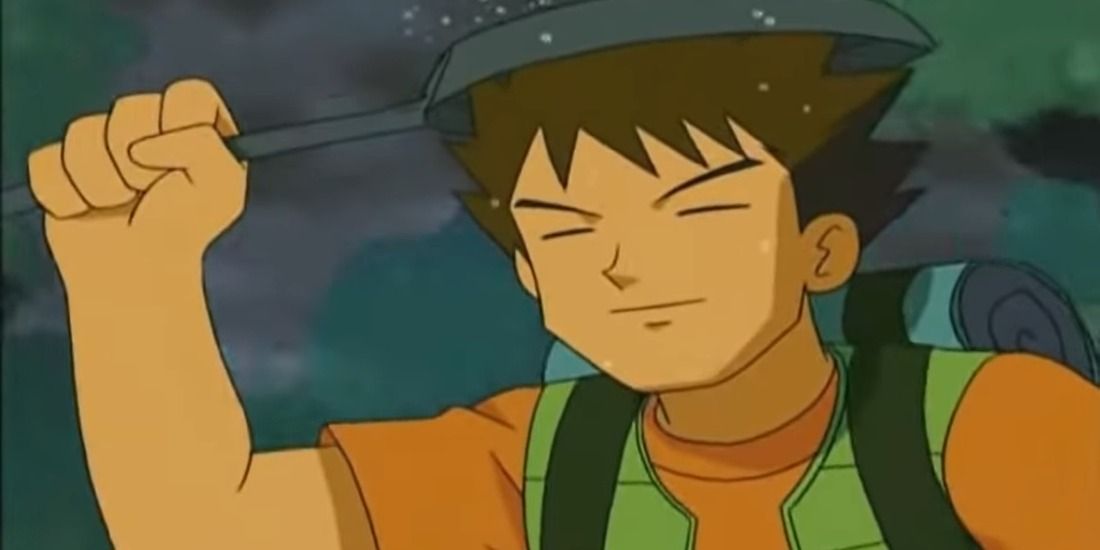 Here he is! Brock is easily the most popular gym leader on this list because of his role in the original Pokemon anime. He is also the first of three Rock-type trainers on this list, commanding an Onix as his ace that is very threatening, even though it has a paltry base 40 Attack stat.

However, Brock can be easy to beat, especially if you start with Squirtle or Bulbasaur. Even if you start with Charmander or Pikachu in Pokemon Yellow, there are still options in the route nearby that can give you an advantage like both types of Nidoran, Mankey, or even Butterfree. And if your Rock-type team is weak against a Bug-type Pokemon, you need to work on your team. 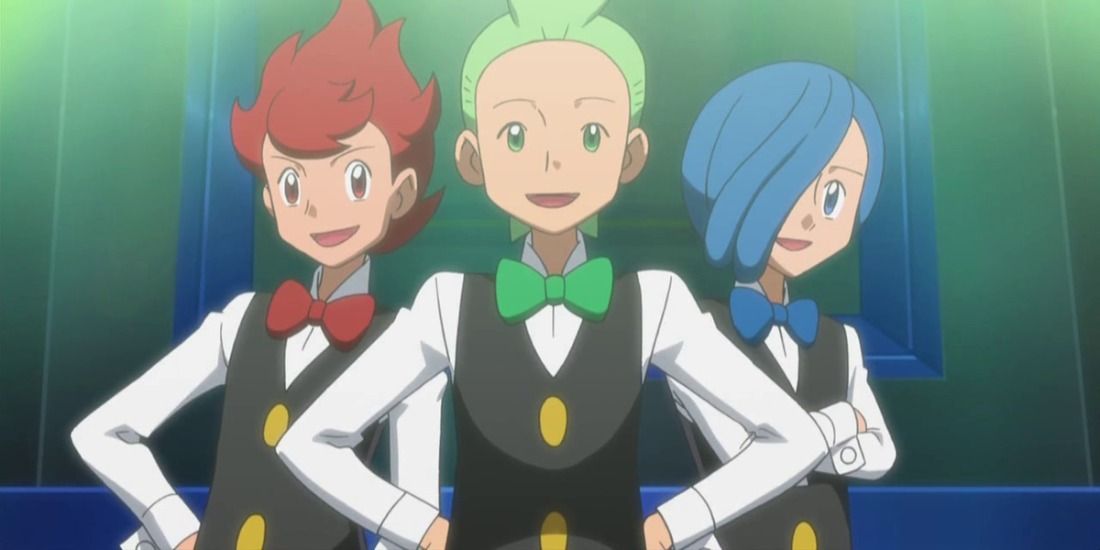 The first gym in Pokemon Black and White has an interesting gimmick: the gym leader you face depends on your starter Pokemon. So if you choose the Fire-type Tepig, you'll be facing off against the Water-type Simipour. So, then how do you take on a gym that always has an advantage?

Easy. Just go to the Dream Yard east of the city, and you'll be given the elemental monkey that is super effective against the gym leader you'll be facing. That means that as long as you explore the routes around the Gym, you'll have a Pokemon that can take on the leader. The concept is cool, but it's easy to work around. 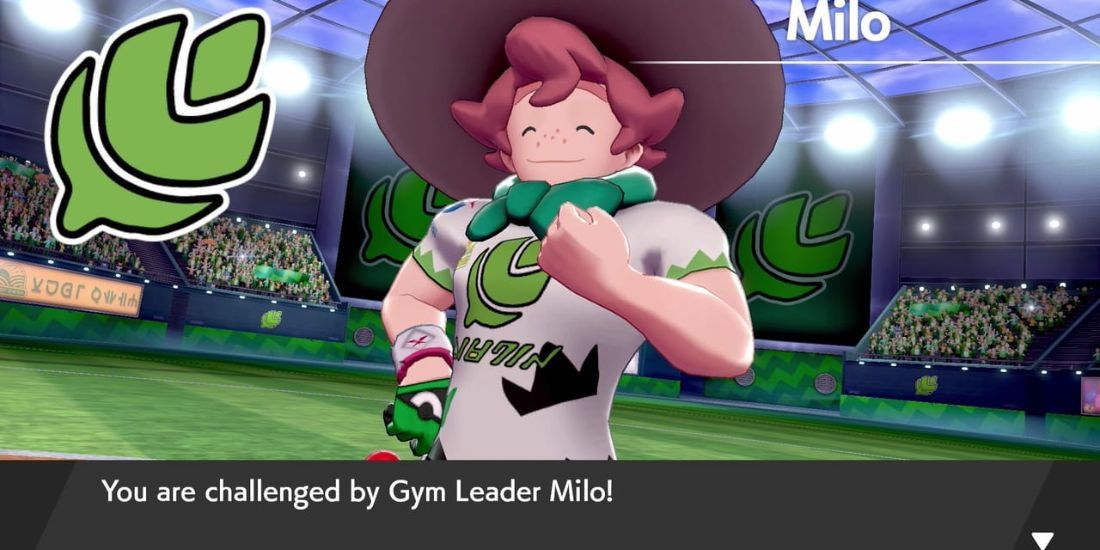 Milo is the first trainer here that is actually pretty decent. He's a muscly, dopey Grass-type trainer that is genuinely one of the sweetest in the entire series. He also happens to have the highest levelled Pokemon on this list with a level 20 Eldegoss.

This is easily the strongest single Pokemon on this list, and it can wreck your team. Fortunately, you have a long time to get there and access to a ton of Pokemon that can handle Milo's team, such as Sizzlipede and Rolycoly as well as a number of Pokemon in the Wild Area. But even still, the sheer power of Milo's team is something to be ready for. 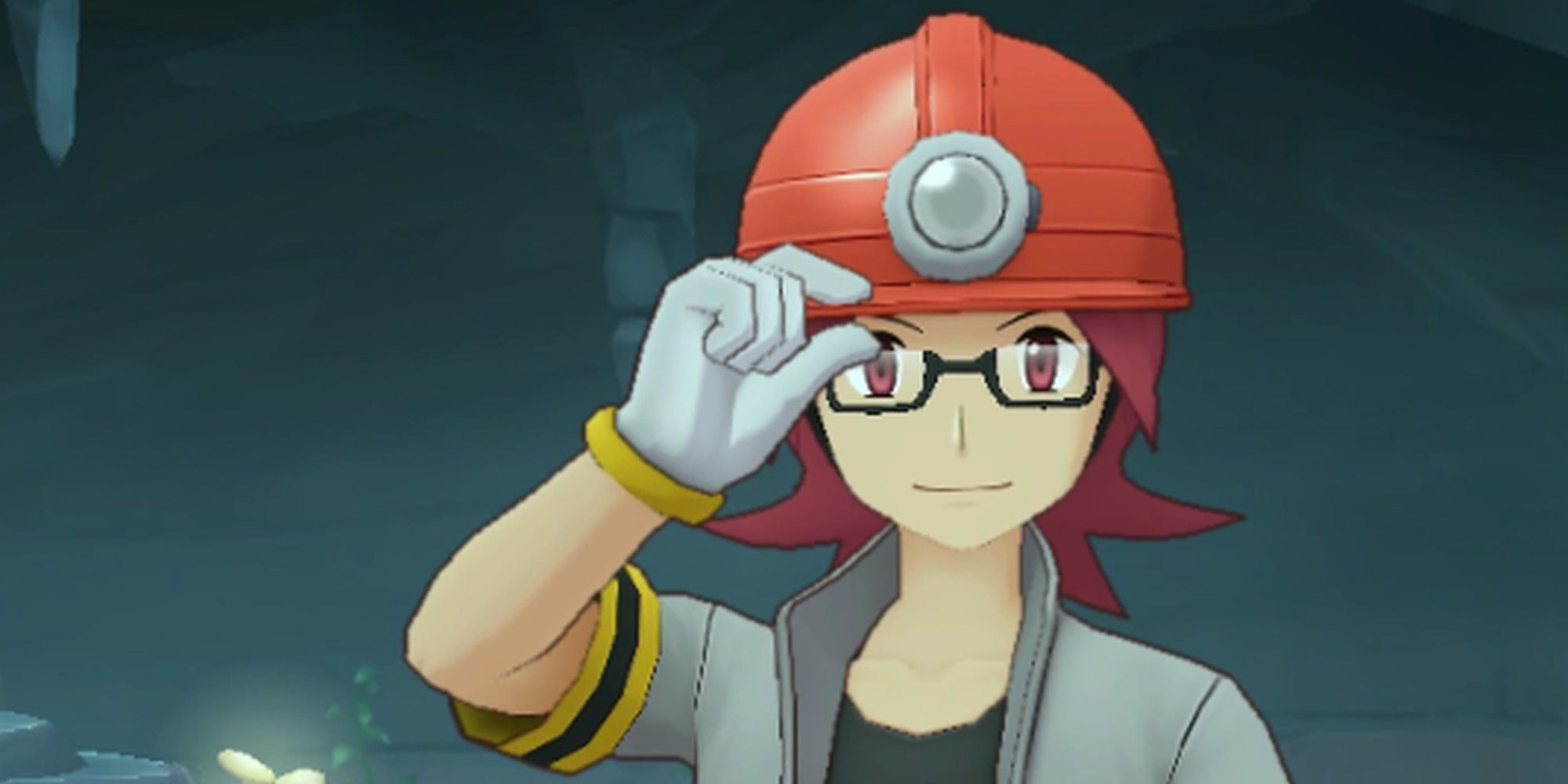 Roark is another first gym leader that is the son of a gym leader. However, unlike Falkner, Roark set out on his own to prove that he can be a gym leader worth some mettle. And honestly? This team isn't bad.

Essentially, Roark's team is Brock's team with an additional Pokemon that adds two things none of the other Rock-type gym leaders have: a high attack and speed. Cranidos has a terrifying 125 base Attack. That's more than three times higher than Onix's! The only real disadvantage that Roark has is that all three starters have an advantage against his Pokemon, even the Fire-type. But if Roark takes your starter out, you're going to have a bad time. 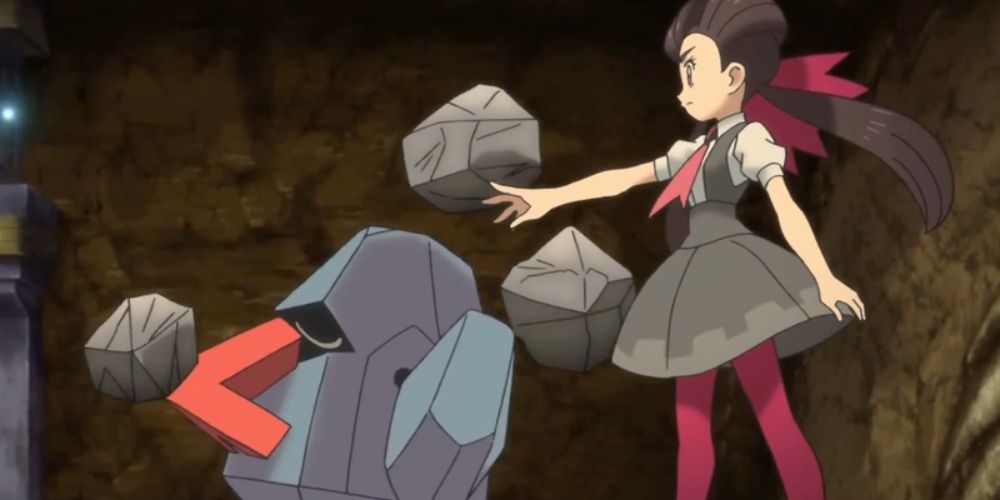 Roxanne is the final Rock-type trainer on this list, and she's easily the toughest. A graduate of the trainer school, none of these other Rock-type trainers have the understanding of the typing that she does. Yes, she starts off with two Geodudes that can easily be defeated by a Grass or Water-type attack, but what's truly dangerous is her ace Nosepass.

Nosepass is one of the rare Pokemon that is purely Rock-type. That means that those attacks that would destroy the likes of Geodude and Onix aren't nearly dealing as much damage. Combine this with its huge bulk, and it can easily destroy any Mudkip, Treeko, or Shroomish that gets in its way. However, if you have a whole team of Pokemon with super-effective moves against it, you can probably take her out. 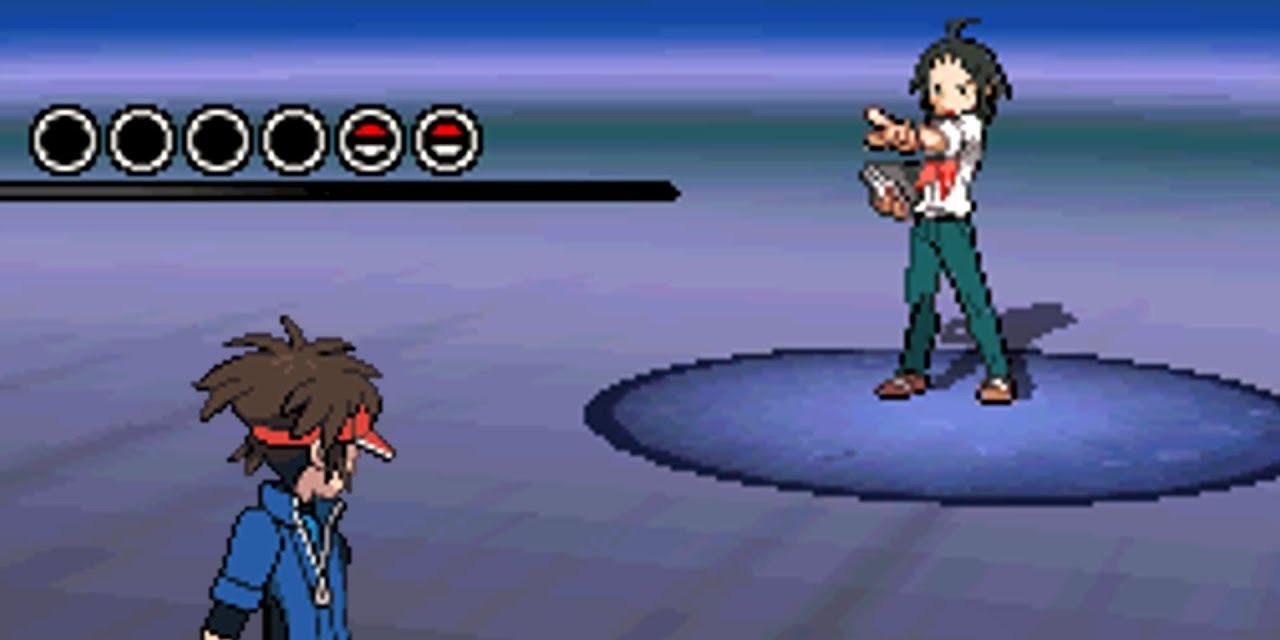 In regard to this list, Cheren takes after Blue in that a former rival easily makes for the strongest gym leader. In Black 2 and White 2, Cheren is a Normal-type trainer that built his team around the move Work Up. This increases the Attack and Special Attack of the user by one stage. This means that if any of Cheren's Pokemon use this for a turn or two, they can easily sweep through your whole team.

This is especially dangerous in Challenge Mode when he also has a Pidove with Quick Attack, meaning that it can attack you with priority. What really seals the deal here is that there aren't really any Pokemon in the routes nearby that can hit his team for super effective damage. Because of all this, Cheren is easily the toughest first gym leader in the entire series.