We’re just days away from Season of Go’s conclusion, Pokemon Go’s three-month summer season that began in June. In some respects, it’s been the most eventful season Pokemon Go has ever had. Between the Go Fest, the TCG crossover, the introduction of Ultra Beasts, and the presence of new mechanics like the Daily Adventure Incense, Season of Go has been quite remarkable. Here’s everything that happened in Pokemon Go this season, what worked well, and what could have been better. 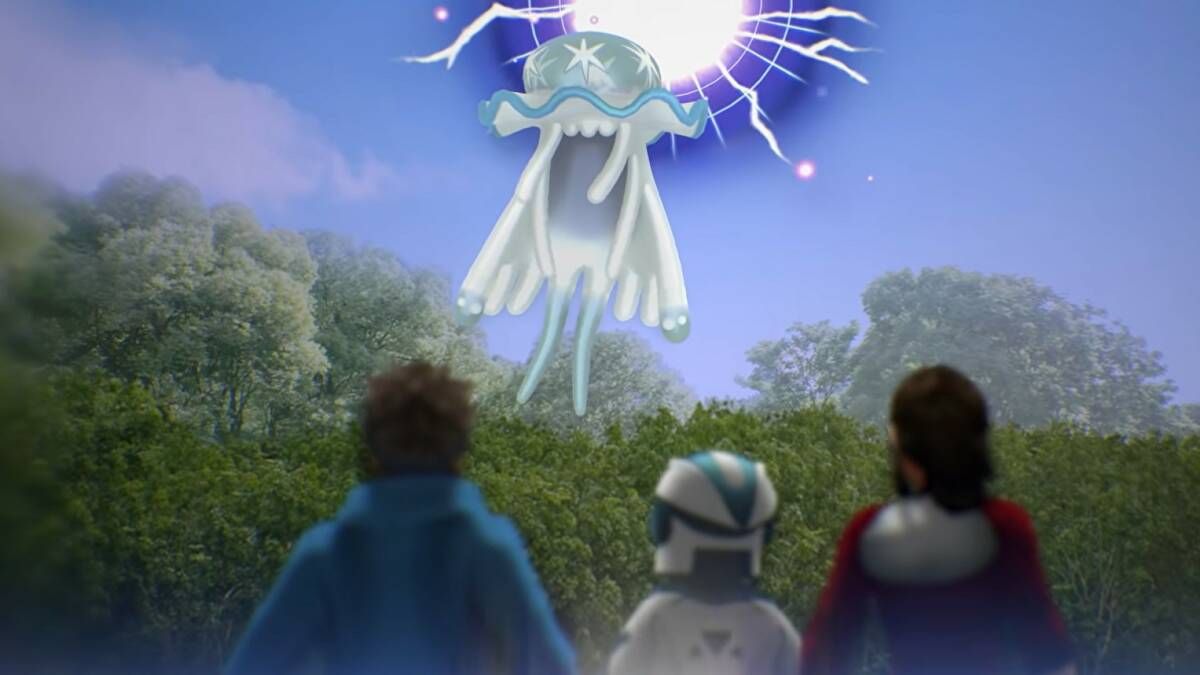 Season of Go kicked off with Go Fest 2022, but the most-anticipated event of the year was kind of a disaster. Beyond introducing Shaymin and Nihilego, this year’s Go Fest had surprisingly little to offer. The biggest issue was that shiny rates were noticeably lower than last year due to a smaller pool of available shinies. Increased chance to find shinies is the biggest reason many people play Go Fest, including our own Ben Sledge, who didn’t find a single one this year.

The problem with Go Fest 2022 is that it just couldn’t compare to Go Fest 2021. Last year’s Go Fest doubled as the game’s fifth anniversary, so the event featured a memorable music festival theme, tons of free remote raid passes, and 37 Legendary Pokemon to catch in Raids. This year had no theme, only three Legendary Pokemon in raids, and the ticket cost three times as much. Players also experienced significant bugs, including disappearing wild spawns and broken raids. The Go community was unhappy about the game following a nerf to incense and an increase in Remote Raid Passes prices earlier this year, so it seemed like there was extra negativity around Go Fest.

That’s not to say it was all bad. The new multiple-choice research assignment introduced during Go Fest is a fantastic idea that deserves to be iterated upon, and the introduction of Rhi, though brief, set up a neat storyline that carried through the entire season. Go Fest certainly didn’t meet expectations, but it did show some indications that Niantic is willing to experiment with new ideas. As the season progressed, there were some significant wins.

Adventure Week Had The Goods

Just after Go Fest was Adventure Week, a fossil-themed event that introduced two sought-after Pokemon, Tyrantrum and Amaura. Adventure Week was fantastic. There were plenty of great Pokemon to catch for Go Battle and raiding, and there was a strong emphasis on exploring and egg hatching. Rhyhorn, Larvitar, Shieldon, and Cranidos are all top-tier Rock-type Pokemon, and having a short event focused on them felt like a great use of my time. If that wasn’t enough, an entire week of Groudon raids meant that a lot of people had an opportunity to catch plenty of this highly valuable Pokemon. Adventure Week was still my favorite part of Season of Go. 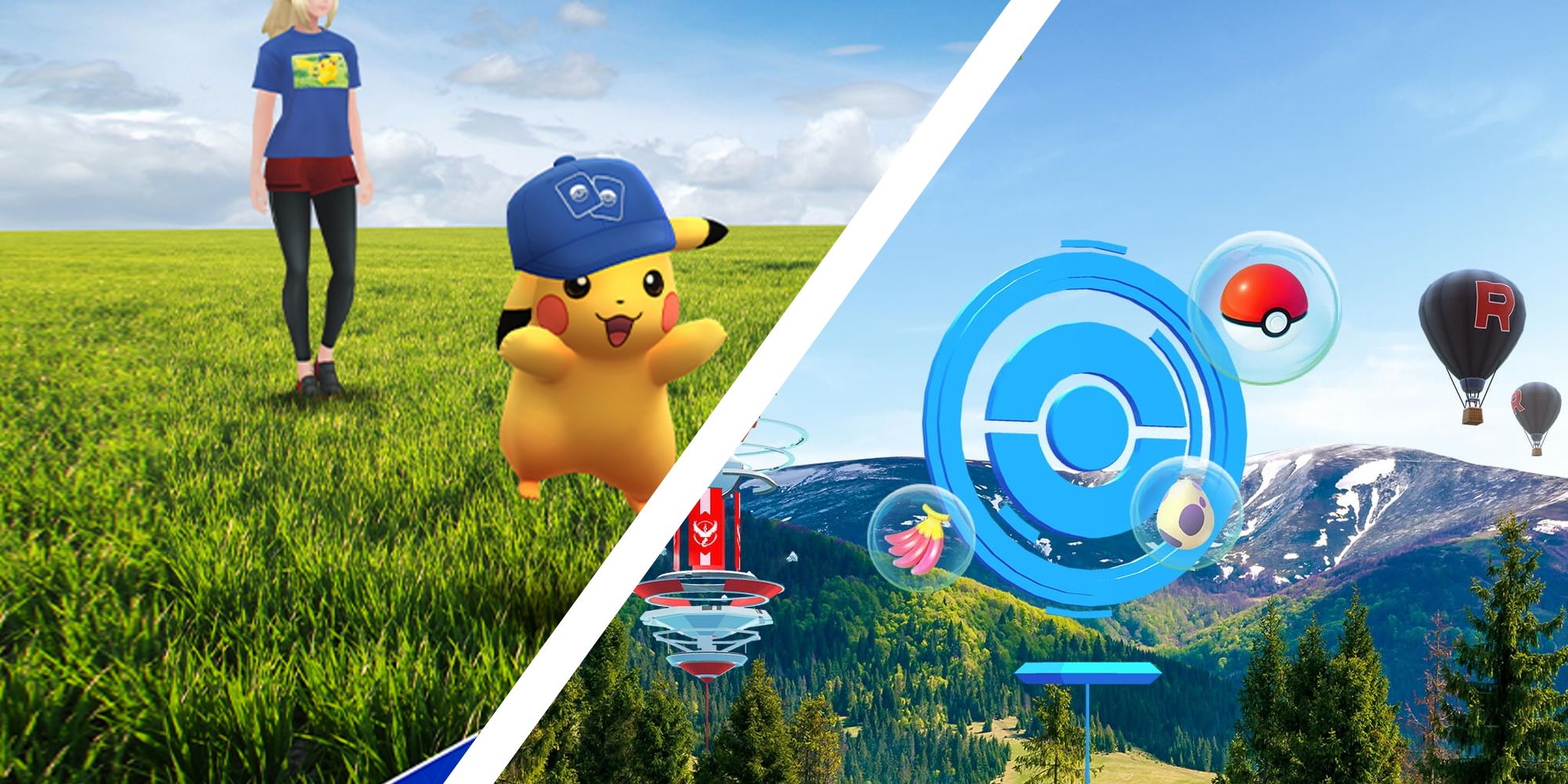 On paper, the two-week TCG Crossover Event didn’t look like anything special. It introduced Wimpod to the game as well as a Pikachu in a hat – like we don’t have enough of those already – but other than that, it largely focused on Pokemon we’ve already had plenty of chances to catch. I had a blast with the event, though, largely because of the timed collection challenges that rewarded me for hunting down one of every available Pokemon. I found myself running all around my neighborhood, trying to check all the Pokemon off the list. Ben Sledge said the event made him feel like he was playing Pokemon Go in 2016 again, and I have to agree. Throw in a fan-favorite like Mewtwo in five-star raids, and it's hard to complain. I even liked the codes that came with Pokemon Go TCG products which unlocked some exclusive stickers in Go. The only downside of the event was that it felt a little too long.

Community Day Changes For The Better 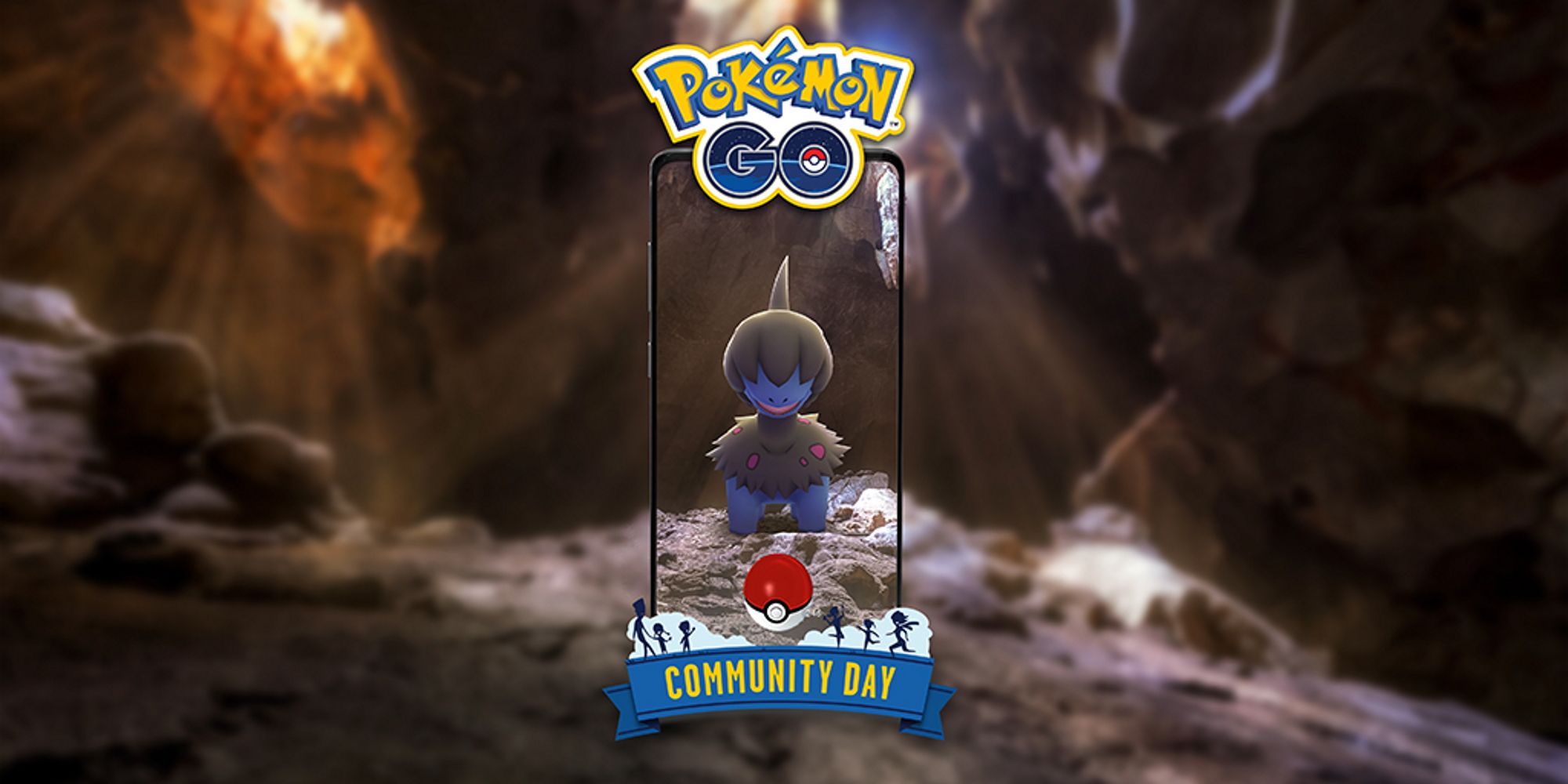 After controversially reducing Community Day from six to just three hours, Niantic made an interesting change to the Deino Community Day that improved it significantly. First, a group bonus was introduced that causes wild Zweilous to spawn near lured PokeStops once enough Deino are caught at the specific lure. This new mechanic encourages players to group up and stay in one area for a while, and hopefully interact with other players. The other new feature was the bonus raid, which extended the Community Day by an additional five hours for players that wanted to group up and raid. After finishing a four-star Zweilous raid, Deino would spawn around the gym for 30 minutes with an increased chance for Shinies. This was a great way to extend Community Day for players that really wanted to put in the extra effort, while keeping the main event simple enough for casual players. 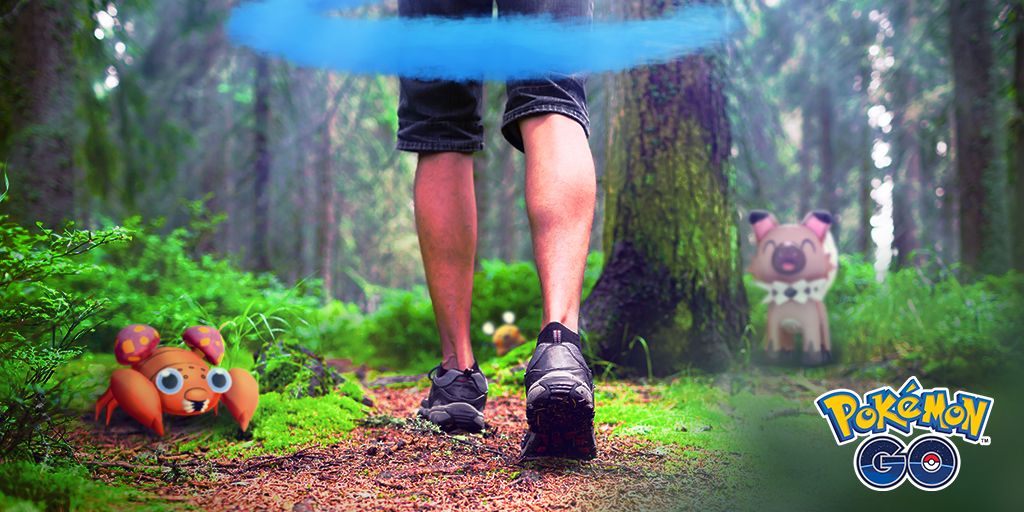 I’m over the moon about the Daily Adventure Incense, a feature that was added to the game at the end of July. Daily Adventure Incense is a special item you can use for free daily. It lasts for 15 minutes, and it causes rare Pokemon to spawn. It’s brilliant in its simplicity, and ensures that I’m out of the house playing Go for at least 15 minutes every day. I love that there’s nothing to buy, no inventory to manage, and no timed events to coordinate with other players. You’re free to use the incense whenever you want, and you always get a new one the next day. It even gives you 30 Poke Balls if you happen to run out. This is a feature that was added without any kind of monetization that simply makes the game better. 10/10 no notes.

Season of Go was essentially one long, extended Go Fest. After the first one in June, there were three in-person events in Seattle, Berlin, and Sapporo. Each one introduced a new Ultra Beast for attendees to catch, and the whole thing concluded with the Go Fest: Finale Event this past weekend, where players could catch Nihilego, Pheromosa, Buzzwole, Xurkitree, and Sky Forme Shaymin. The finale event concluded the story of our missing Professor Willow by releasing a couple of new research assignments every two hours throughout the day. This is the first time a Go Fest Research Assignment has used time-gating in this way, and I personally was not a fan of it. It took just ten minutes to finish each batch of steps, and it didn’t feel like there was much to do in the subsequent 110 minutes if you didn’t feel the need to (or have the passes) to farm Ultra Beast raids. I’m glad that it was a free event if you already paid for Go Fest because it would have felt like another let down otherwise.

Aside from the five Go Fest events, there was also Hisuian Discoveries week, which introduced three Hisuian regional variants, two other Community Days featuring Starly and Zigzagoon (unfortunately), and the Bug Out! Event, which presented a unique opportunity to earn a few hundred thousand XP if you happen to be a loyal TG reader. Pokemon Go also made its debut at the Pokemon World Championship in London and proved to be an exciting spectator sport. 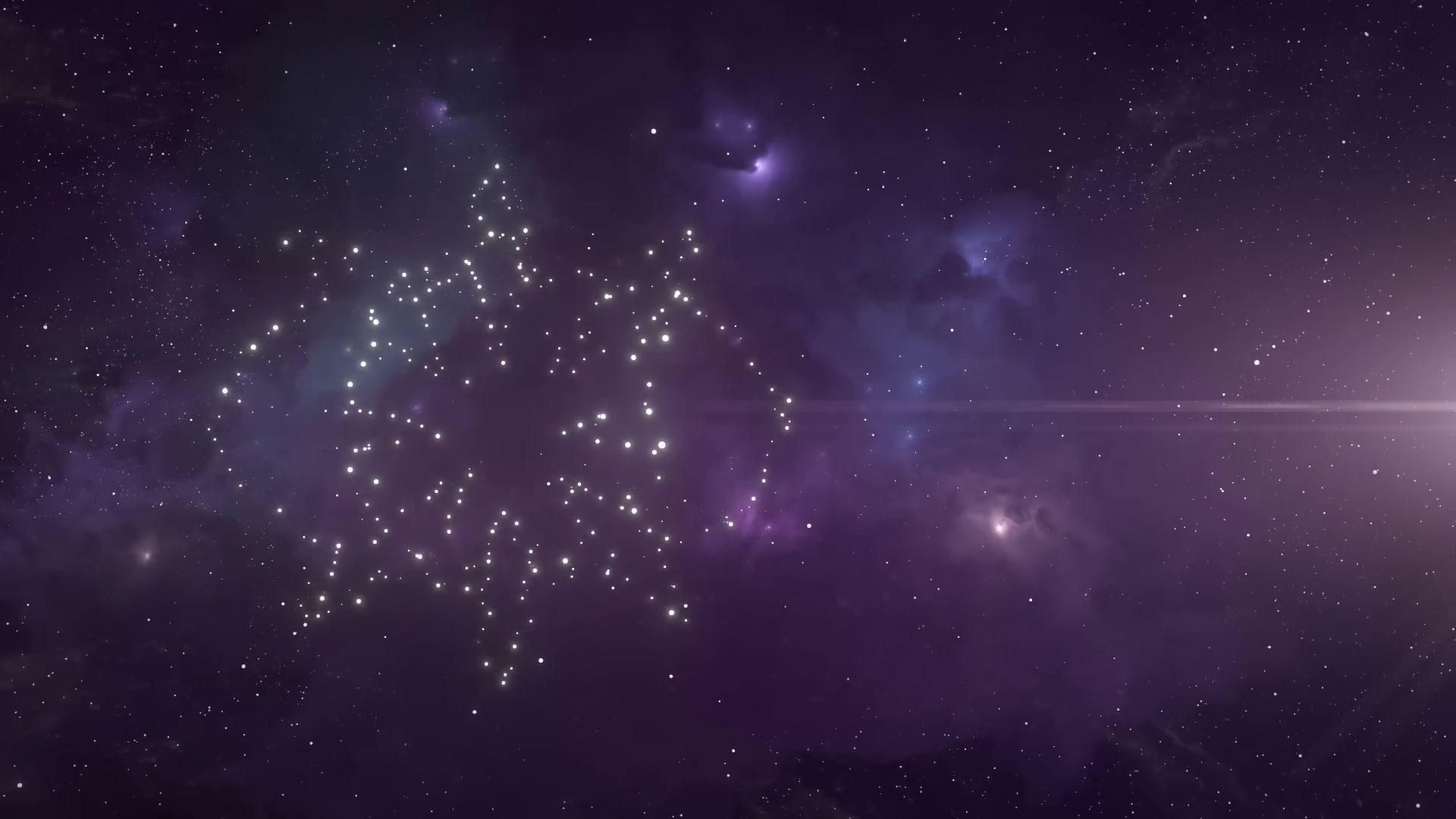 All in all, it was a busy month for Pokemon Go, with very few gaps or slow periods to complain about. The high points, like the introduction of the Daily Adventure Incense and the TCG Crossover, far outweighed the missteps. I’m hoping for a stronger Go Fest in 2023, but overall it was a great summer of Pokemon Go.

The Season of Light starts in just a couple of days, and at the time of writing, we don’t know anything about it, which is both surprising and exciting. The teaser trailer suggests that Solgaleo and Lunala may finally be making their Pokemon Go debut, but beyond that we don’t know what Niantic has in store for us. The name may even suggest that Arceus will play a role as well. Most importantly, it’s almost spooky season, which means lots of opportunities to catch some Ghost Pokemon. Season of Go will be hard to top, but that fact alone fills me with eager anticipation.