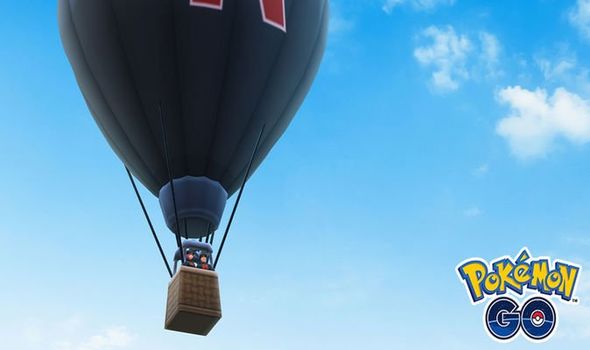 A lot of Pokemon Go Trainers are learning how to beat Giovanni, a final encounter that might hard for those who have reached the highest levels.

As revealed earlier today, Team Rocket Balloons have filled the air and are available to battle on Android and iOS, across the digital map.

To do this, developers Niantic has told fans to follow these steps:

Equip your Super Rocket Radar to encounter Giovanni but it might take a few encounters to find the real bad guy lurking in the skies.

To get to that final stage of beating Giovanni, gamers will need to go through some familiar Pokemon Go hoops.

The good news is that after earning your first Rocket Radar, Rocket Radars will be available for purchase from the in-game Shop using PokéCoins.

And that might make the process a little easier for some Trainers, depending on their PokeCoin balances.

This unlocks the next stage as the Rocket Radar reveals the locations of nearby Leader Hideouts.

Leader Hideouts look just like regular PokéStops until you’re in range, at which point you’ll see a Team GO Rocket Leader standing next to the associated PokéStop.

If you lose, you can re-engage in Battle until the Leader Hideout disappears from the map but Trainers should know that your Rocket Radar will be consumed after defeating the,

Giovanni Special Research is only assigned to Trainers who have completed A Troubling Situation Special Research, and usually involves running into Cliff, Sierra, or Arlo.

You’ll earn a Super Rocket Radar as a reward for completing one of the research steps but it won’t immediately lead you to Giovanni.

Instead, it displays locations of both decoy Grunts disguised as Giovanni and Giovanni’s actual Hideout, meaning checking out all the locales.

It should be noted that you face off against Giovanni once a month when the next Special Research drops.

Beating Giovanni is a pretty tough task as he boasts the shield ability, meaning he can soak up some of your best moves.

Trainers are reporting that Giovanni will start with Persian but then can use a number of different Pokemon, including Cloyster, Kingler and Garchomp, with the final showdown featuring Entei.

It’s not the easiest battle to win but it will earn you an encounter with a rare and powerful Shadow Pokemon (Entei).