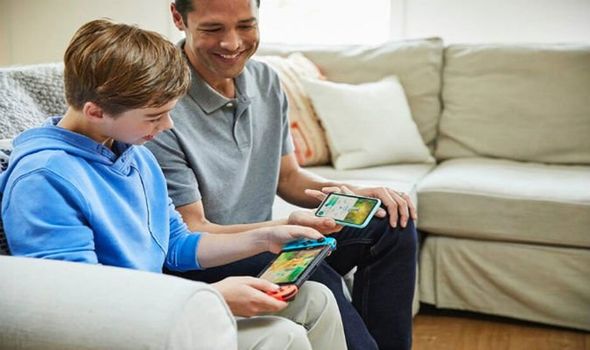 With a new Pokemon event in the offing, Pocket Monster fans have pinned their hopes on a new Let’s Go game being announced.

A big project has been teased for reveal this week and many fans are hoping it will mean the release of Pokemon Let’s Go Johto, or a project like it.

Fans watching the Pokemon event last week notice that a lot of plushies featured in the background were of the Gen 2 variety.

Not only that but the billing of something big being revealed this week certainly suggests a large spin-off.

Having just released Pokemon Sword and Shield, and now moving onto its DLC during 2020, it seems unlikely that another mainline title is coming soon.

But a new instalment in the Let’s Go franchise would make a lot of sense, especially when you consider how popular the first one was.

Pokemon Let’s Go Pikachu and Eevee may not have been full remakes but they were still positively received.

And there’s no doubt that the Nintendo Switch needs some big hitters this year, what with the arrival of the PS5 and Xbox Series X.

Speaking about the recent Pokemon presentation, one gamer pointed out: “I bet Pokemon Let’s Go to Johto will be revealed in the presentation next week! Look at all the hints!

However, while this is a project that excites fans there is no guarantee anything of the sort is being worked on.

Nintendo has revealed nothing on the subject and could be preparing all sorts of things for this week.

Something big to the Pokemon Company could fit completely different dimensions to the fanbase.

A NEW POKEMON DIRECT FOR JUNE 24

Just a week after the first Pokemon Presents conference of the month, Nintendo will make even more announcements during a second live stream.

The latest Pokemon Presents event will take place at 2pm UK time on June 24, and you can watch it live on YouTube.

The news was confirmed by Nintendo on Twitter: “Tune in for another Pokemon Presents video on June 24 at 6:00 A.M. PDT for a big announcement from the world of Pokemon.”

Pokemon fans were treated to a host of big announcements during the first Pokemon Presents, including official confirmation that Pokemon Snap will return for Nintendo Switch.

Elsewhere, Pokemon Smile was announced for iOS and Android, while Pokemon Cafe Mix was unveiled for Nintendo Switch, smartphones and tablets

Fans have speculated that remakes of beloved Pokemon classics could be announced during the stream.

It’s also possible we’ll find out more about Pokemon Sleep, and perhaps get an update on the Detective Pikachu Switch game.

Let’s Go Johto remains a long shot for now but whatever is announced, gamers won’t be waiting much longer to find out.