Game Freak definitely knows what it’s doing when it comes to character designs in Pokemon. All of them – especially in recent generations – are quickly embraced by the community as all manner of fanart is produced to pay tribute to these characters and interpret them in new and exciting ways. Scarlet & Violet are no different.

This week’s gameplay trailer saw the reveal of several new characters coming to the JRPGs, with the most notable being a duo of new professors who will presumably guide trainers on their respective journeys across the region. Surprise, they’re both incredibly sexy.

Professors Sada and Turo are unique to each game and will seemingly play a distinct role in an overarching time travel story if their attire is any indication. Sada looks like a luscious prehistoric lass with torn clothes and necklace adorned with some manner of teeth. There are modern touches too such as nail polish, eyeliner, and obviously the lab coat all professors are obliged to wear. She also has fangs, which might have unleashed a new kink within me that I never knew about before. Chomp on me, mummy.

Turo is a futuristic science daddy if I ever saw one. His outfit appears to be a neon-infused onesie that likely plays a greater purpose outside of making him look smoking hot. He’s sporting immaculate facial hair, matching clothes and a distinct lab coat with cuffs of all things. He’s one regal motherfucker, but I wouldn’t want him to bite me, maybe he can read me bedtime stories or do my taxes though. Both very sexy things in the right context.

These characters immediately set the internet on fire. I think part of that response was due to how much their designs differ compared to previous games. Yes they’re clearly still anime-inspired, but compared to Legends: Arceus or Sword and Shield their features are more developed, and they honestly just look better and more detailed. The trainers we see in the trailer alongside other new characters like Nemona also sport a more realistic look, all of which feel like a natural evolution for the series while also helping this new region stand out compared to those that came before. I dig it, and so do many others. 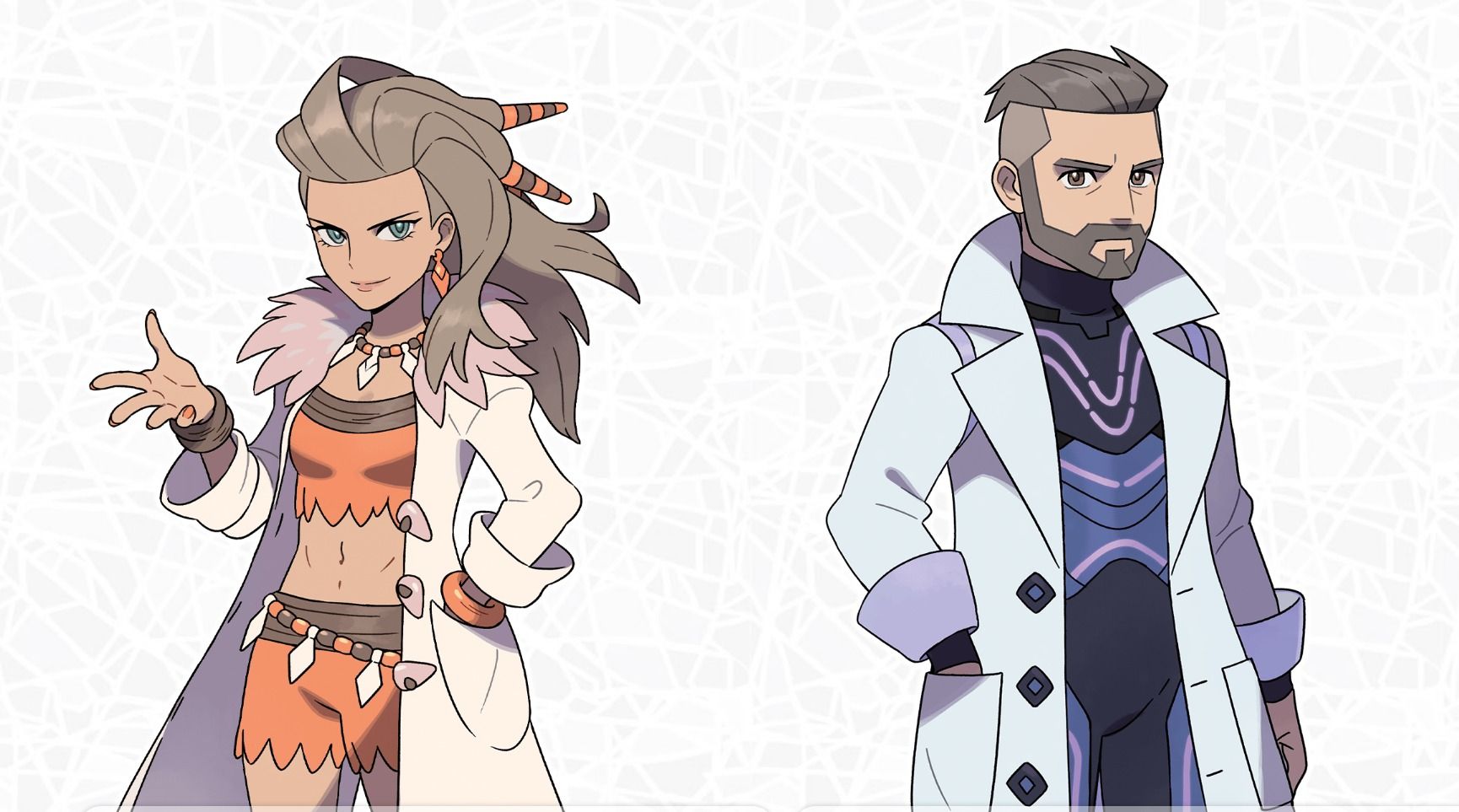 As a shameless bisexual, I admit I’m in a bit of a pickle with the coming release of Scarlet & Violet. I have the hots for both Sada and Turo, but even though I can write them off my taxes I can’t justify buying the same game twice. I take this as a personal slight against me and all other fruity fools dealing with the same conundrum right now. Being queer is amazing until it becomes an inevitable gateway drug to economic self-sabotage. I suppose I’ll just go with Professor Sada and explore Turo through fanart for now, of which there is plenty.

I’m serious, you horndogs need to settle down. It hasn't even been 48 hours.