As I wipe the tears from my eyes, I witness the convergence of the three major storylines that compose my journey through Paldea with great satisfaction. A moving, deeply profound scene crowns the conclusion of my first adventure in this new region, and I feel nothing else but the need to see more of it. Unfortunately, I clip through the floor shortly after.

Pokemon Scarlet & Violet marks the beginning of a new generation and introduces you to the new region Paldea inspired by Iberia. Paldea receives you with open arms, and the freedom to progress at your own pace makes it interesting to explore, and more immersive than ever before. With typical phrases in Spanish that you can overhear, amusing wordplay in some of the town names, and unique architectural details in the many cities and towns, Paldea has a lot of fun to offer and a vast range of ecosystems riddled with different Pokemon.

Where Sword & Shield’s Wild area failed miserably, this new region has more recognizable landmarks, vistas, and accessible fast travel points in the form of the new Pokemon Centers, which act and look like gas stations now, giving you access to healing, buying items, and even creating new attack moves for your team. The introduction of Pokemon Materials brings a new layer of creativity to the moment of crafting Technical Machines, which have reverted to being consumable again but are also way easier to obtain. 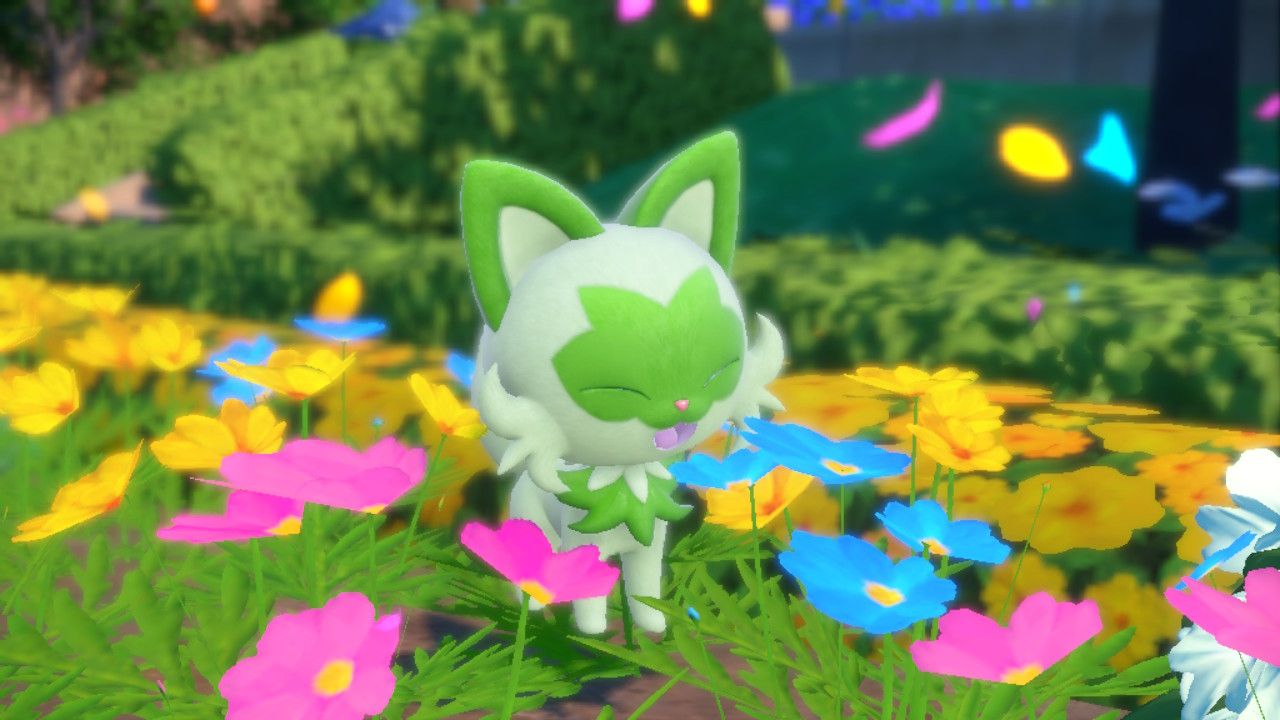 Shortly after you take your first steps into this game, you will be introduced to Koraidon/Miraidon, the flagship Legendary Pokemon of this game. Their story and how it intertwines with your character’s journey makes me reminisce about Cosmog/Nebby’s storyline in Sun & Moon games, and how well the idea of a scripted partner Pokemon works when it’s deeply related to the core plot of the game.

For lore purposes, they’re also limited in how you can use them by being designated as Ride Pokemon until the very end of the game, helping to maintain in-game balance while also letting you live your How To Train Your Dragon fantasy. However, something even more outstanding is the story itself and its structure.

From the moment you enroll in the Naranja/Uva Academy you have three well-defined main quests: Victory Road, Starfall Street, and Path Of Legends. These stories present an array of major battles such as the classic Gym Leaders, the villainous Team Star, and also a new take on totem Pokemon, this time called Titans. Each path helps you to get closer to the supporting cast of the game in such a natural way that by the time these arcs converge and you have to assemble a team of your closest schoolmates, it just feels right, and you get a proper group of friends and not a force-fed shuffle of NPCs crossing paths with you from time to time (I’m watching you, X&Y). 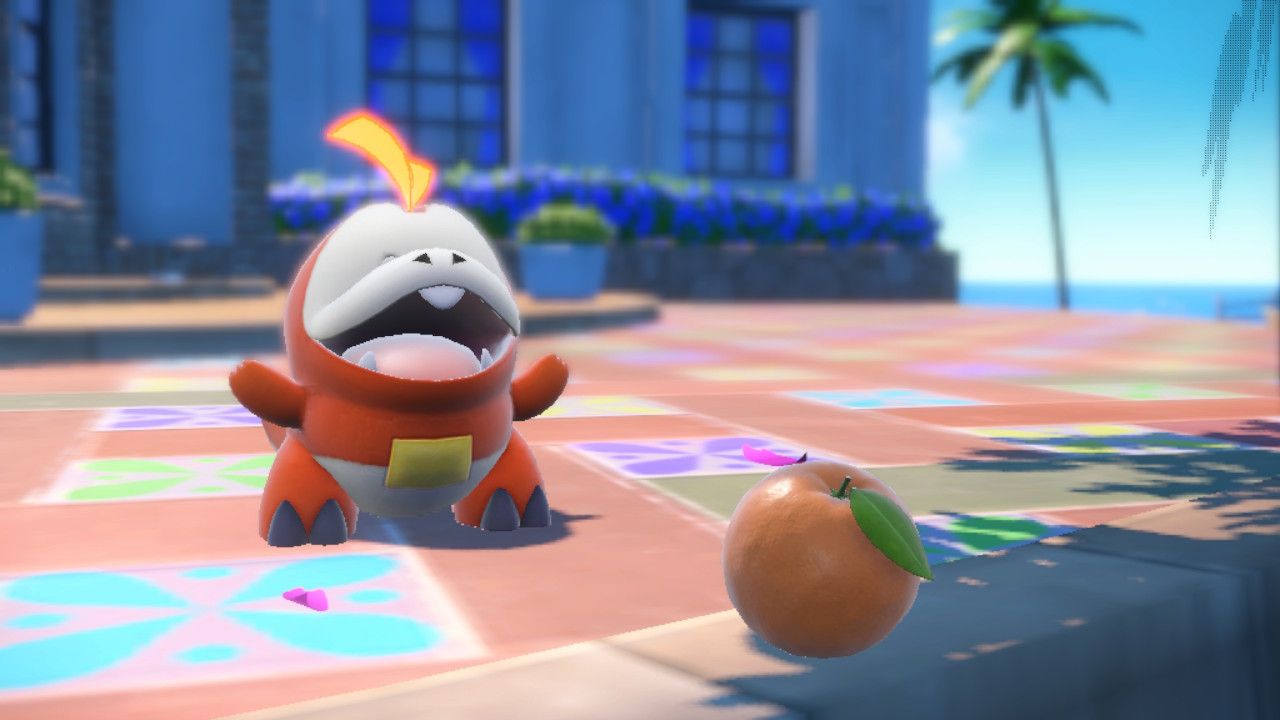 During your adventures, you will see depictions of death, disease, trauma, and conflict portrayed in a way I never thought Pokemon would ever be able to pull off, treating sensitive subjects with the appropriate respect and maturity. Despite the newly mature tone, these moments are not without some comedic innocence, always reminding you that your character is just a kid in the lower years of high school. After seeing the conclusion of this game, I can’t help but feel greatly appreciative of finally getting a deep and emotional story that, for once, doesn’t force you into beating the hell out of a grown-ass mafia boss or stopping a maniac trying to enslave god.

The problem is, as vibrant as Paldea looks, and as unique as its story can be, the whole game feels like a Wii U vid-no, you know what, there are Wii U games that are vastly better than this. This is not a critique of the Pokemon designs or overall aesthetics, because as always your mileage may vary on how cute you find a Fuecoco or a Wiglett. No, what I mean is that the game looks, and performs, terribly.

Unexpected frame drops the moment you turn around or reach crowded areas, Pokemon and people looking like Play-Doh creations the moment you take a few steps away, and a Silent Hill-style draw distance without the moody fog are only some of Scarlet & Violet’s major issues. I just can’t believe a game would look like this in 2022, least of all one of the most popular video game series on the planet. And do not get me started on the glitches. You will clip through the floor, you will see the depths of hell if the camera gets too close during a battle, and you could even see yourself becoming a horror figure, not unlike the one and only Slenderman. 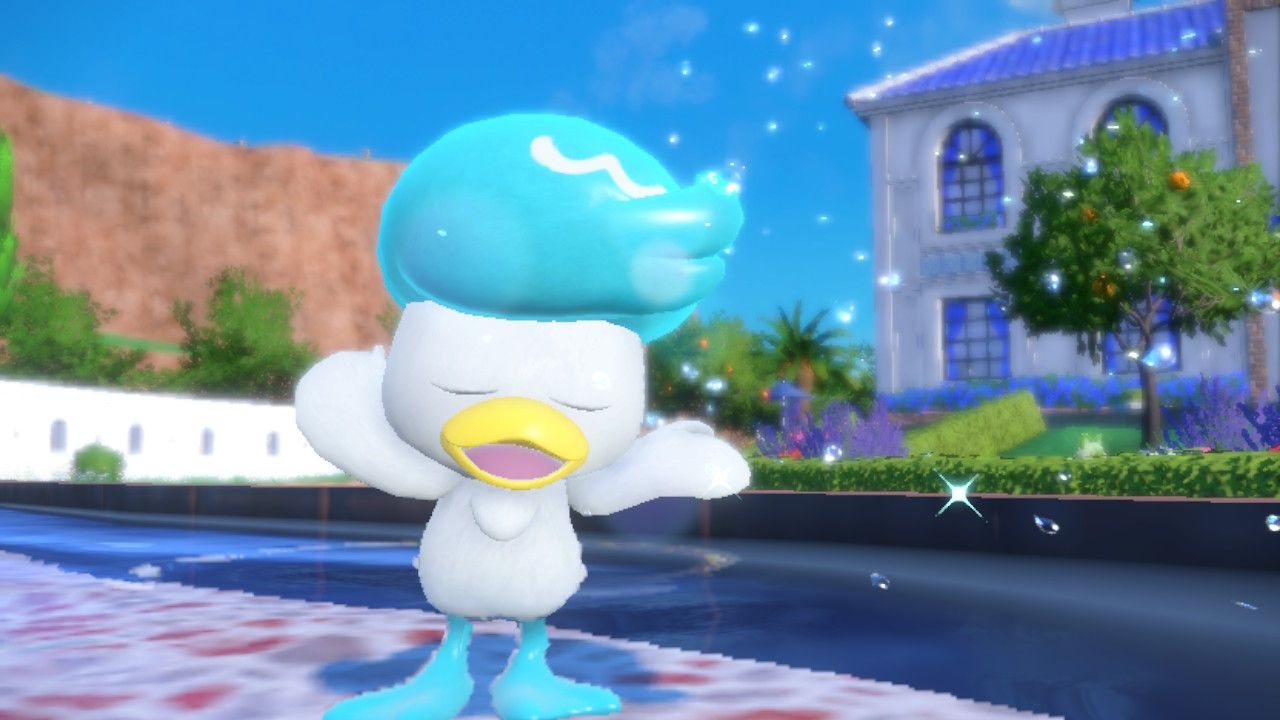 “But Santi”, you say, “Pokemon is not about the graph-” shut up, please. Do not do this. Let’s be honest for one minute. Pokemon might not have been about the graphics at the beginning when there were various technical limitations, but we’ve come a long way since then.

We’re a decade into Pokemon embracing 3D. After seven main 3D titles, and four of them running in a console that flawlessly runs games like Legend Of Zelda: Breath Of The Wild? No, Pokemon is still not about the graphics, but I beg you from the bottom of my soul, please be coherent and stop sugarcoating the fact that the series has been in a steep visual decline for years, only getting worse with every new entry.

I’m not going to pretend I know shit about game development, but none of this feels like what a series of the stature and success as Pokemon should look like in the slightest. At best, the poor performance is embarrassing. At worst, and most frequently, it’s immensely detrimental to the story that the game tries to tell, which may be the most complex and emotional this series had before.

Ultimately, Pokemon Scarlet & Violet finally lets you experience a story in this world that doesn’t feel out of place, marked with a tone of childlike innocence that, for once, doesn’t diminish the seriousness of the subjects that it presents. Unfortunately, the performance is so abruptly bad that it completely ruins, to an infuriating extent, what otherwise could have been the best Pokemon game to date.

Score: 2/5. A Switch review code was provided by the publisher.