Pokemon Scarlet & Violet are going to be set in a Iberian-inspired region, which is great. I would have preferred something a bit farther afield like India or Brazil, but if Game Freak focuses on the football, the food (another mechanic like shiny hunting via curry would be great), and uses only new Pokemon, it’ll be great.

However, I think Pokemon should also revisit some of its more underutilised regions. Kanto’s had more than its fair share of time in the spotlight, and I feel like I’ve played through various iterations of Sinnoh for the entirety of the past year, so I want to return to Alola – although not as we know it.

I struggled through Ultra Sun & Ultra Moon because the games really felt like Sun & Moon DLC. Slogging through that whole first hour of Tutorial Island is the main reason I don’t replay those otherwise-great games, and there weren’t enough changes to keep my interest after that. I finished them, just, but essentially releasing a Deluxe Edition just a year after the regular version was a bad move in my book. I would have played through the extra content in a fit of excitement if my progress was carried over from Sun & Moon, but that wasn’t the case. But I still think we should go back. At least geographically, if not spiritually. 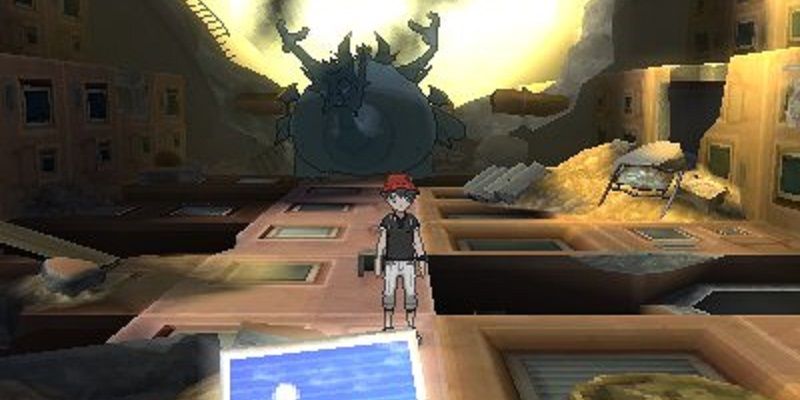 Hisui showed us an ancient version of Sinnoh. I want Legends: Cosmog (there are definitely better names out there but I’ve written this now so it’s what I’m going with) to show us the opposite: a ruined, post-apocalyptic Alola. We get a glimpse of this when shooting through an Ultra Wormhole in Ultra Sun & Ultra Moon – it’s where you catch the fearsome Guzzlord – but Ultra Ruin is barely mentioned again afterwards. We’ve just seen the destruction of our region, our home, firsthand, and our reaction is nothing more than that faint smile writ across our head for the game’s entirety.

There are loads of clever details in Ultra Ruin, from the sign that reads "…oli… …ity Ha… "Servi… … …ity's… …need…" outside the former City Hall, to the malasada shop that Hau loved so much. I know this is another dimension, but it feels pretty close to home. Now let us explore a full game here, Game Freak.

The Legends formula makes sense, as it cleverly played on the history of Sinnoh in Arceus and could do the same with a future Alola, whether it’s set in our future or another. The Noble Pokemon could be replaced by a selection of Ultra Beasts, and the minigames to defeat them improved as you rapidly craft a Beast Ball or try to lure them to the perfect capture spot or something. 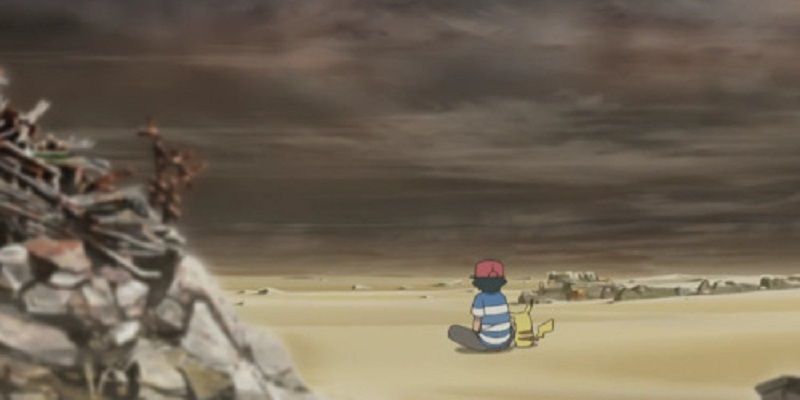 As for the inhabitants of this wrecked region, my research tells me that other Pokemon appeared here in the anime, although some made up the Ultra Rangers, a special task force tasked with capturing or killing Guzzlord. There’s your allies for Legends: Guzzlord (okay, I’ve changed my mind). Dia could play the part of Volo, an ally/antagonist and foil to the Ultra Rangers who is disillusioned with Tapu Koko, who could appear as a post-boss boss.

The Pokemon in this region could be ones that either escaped the apocalypse somehow, or that have since made their way to Ultra Ruin by stumbling across portals and the like. That’s how we would get there, after all. Exploring and capturing could work exactly like Legends: Arceus, and crafting could come back too, due to the fact that all the PokeMarts were destroyed in the end times.

A post-apocalyptic Pokemon game could be the perfect sequel to Legends: Arceus, and Ultra Ruin is a ready-made setting waiting to be explored. As much as Legends: Celebi will tickle my personal nostalgia itch, a Nier-esque Alola region has just topped my Pokemon wishlist.