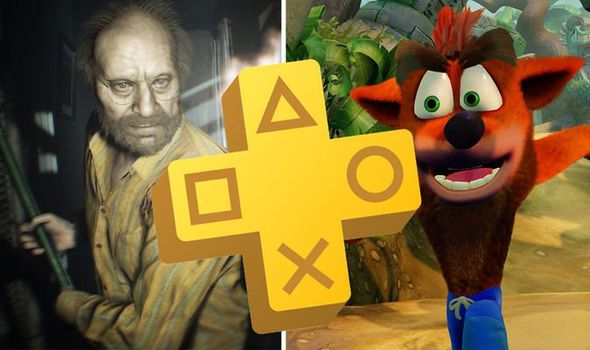 The PS Plus free PS4 games are about to be revealed for July 2020.

Unless Sony mixes things up, the next batch of PlayStation Plus free games should be announced on July 1. The games will be available to download less than a week later on July 7.

In the run up to the big reveal, fans have been having fun predicting the July 2020 free games over on Reddit.

No Man’s Sky is one of those games that always gets mentioned, although the fact that it recently appeared on Xbox Game Pass makes it more likely to appear as a PS Plus free game giveaway.

Another user points out that we haven’t been treated to a free horror game in a while, so Resident Evil 7 would make perfect sense.

Indeed, it makes even more sense when you consider Capcom just announced Resident Evil 8 (aka Village) for the PS5. Giving away Resident Evil 7 would be the perfect way to build hype for the upcoming release.

Needless to say, lots of Sony first-party exclusives are also mentioned in the PS Plus predictions thread.

With Sony previously giving away games like Uncharted, The Last of Us Remastered, Bloodborne and Shadow of the Colossus, there’s a strong chance another first-party game will make the cut.

Horizon Zero Dawn, God of War and Uncharted The Lost Legacy get multiple mentions, alongside titles like Gravity Rush, Everybody’s Golf and Ratchet and Clank.

And of course, The Order: 1886 also features heavily in the predictions thread. Is this finally the month?

While we wait for Sony to finally unveil the free PS Plus games for July 2020, subscribers still have time to download the current batch of PS4 releases.

One of the strongest months ever for free PS Plus games, the current line-up includes Call of Duty WW2 and Star Wars Battlefront 2.

“Rush through waves of enemies on Starkiller Base with the power of your lightsaber in your hands. Storm through the jungle canopy of a hidden Rebel base on Yavin 4 with your fellow troopers, dispensing firepower from AT-STs.

“Line up your X-wing squadron from an attack on a mammoth First Order Star Destroyer in space. Or rise as a new STAR WARS hero – Iden, an elite Imperial special forces soldier – and discover an emotional and gripping single-player story spanning 30 years.”

Call of Duty WW2, meanwhile, is one of the better entries in the series, featuring a story campaign, multiplayer and a Nazi Zombies mode.

“Call of Duty returns to its roots with Call of Duty: WWII – a breathtaking experience that redefines World War II for a new gaming generation.

“Experience classic Call of Duty combat, the bonds of camaraderie and the unforgiving nature of war against a global power throwing the world into tyranny.”