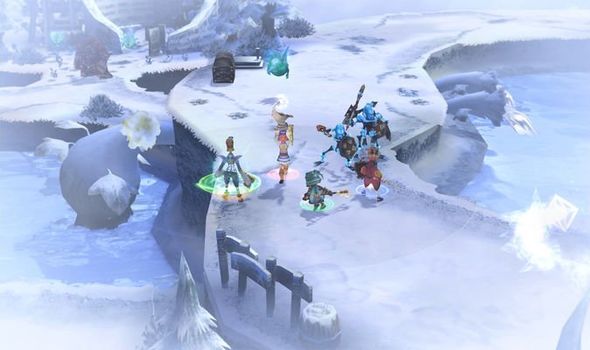 Plenty of free games are released on consoles like the PlayStation 4, Xbox One and Nintendo Switch each year, we now know about some interesting upcoming projects.

And for PS Plus gamers, it appears that there could be another free games bonus worth checking out in August 2020.

While gamers are still waiting to find out what will be included in July’s PlayStation Plus lineup, it shouldn’t before we find out more.

Next week should see Sony announce its plans and PS4 console owners have had some great early news about what is being planned by one third-party publisher in August.

According to Square Enix, a free-to-play version of Final Fantasy Crystal Chronicles Remastered Edition will be available to play this summer.

It’s referred to officially as a demo as the “Lite” version of Crystal Chronicles will only allow you to explore three Dungeons by yourself.

However, if you have friends who own the full version, you’ll be able to join their game and progress through 13 Dungeons together.

That’s a pretty good deal for anyone who wants to try something new in August using their PlayStation 4 console.

This play style may seem but it makes more sense when you factor in that Crystal Chronicles is also coming to Android and iOS.

The only drawback is that you will need an active PS Plus subscription to access the new Final Fantasy launch later this Summer.

“This trial version will allow players to enjoy the first three dungeons of the game, take part in online cross-play in those dungeons, or join in with a player who has purchased the full game to play together in up to 13 dungeons- all for free.

“Players can access the full game via an in-app purchase to provide the remaining story and gameplay content found in FINAL FANTASY CRYSTAL CHRONICLES Remastered Edition on the Nintendo Switch™ system and the PlayStation 4.

Final Fantasy Crystal Chronicles has a release date set for August 27 across all platforms, with the Lite version shipping on the same day.

The Remastered Edition is a new enhanced version of the original Crystal Chronicles, which launched on Nintendo GameCube way back in 2003.

This means that the visuals have been upgraded to HD, while new story content has also been added.

Audio’s been improved too, with new voiceovers now in place, along with online multiplayer features.

Story description: The action RPG is set in a land threatened by a deeply poisonous gas called Miasma. You play as a young hero who, with a Moogle companion or along with up to three other friends, travels the world in search of the rare and valuable liquid myrrh. With this precious resource, they’ll be able to cleanse and maintain a crystal that protects the land and its people.