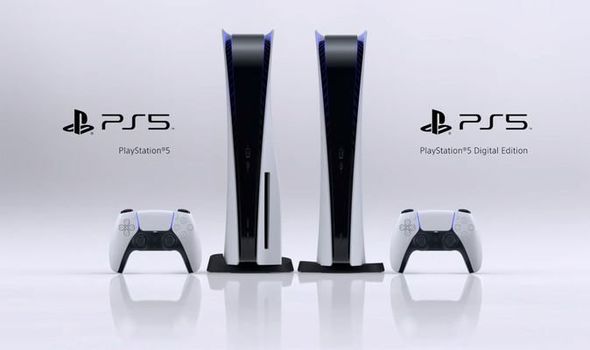 More PS5 stock is coming to Game this week as console shoppers struggle to snap up a deal.

The good news is that PlayStation 5 restocks will keep arriving over the coming weeks, although some might take longer than first thought.

Currys was another UK retailer that was reported to have PS5 stock ready to go, but it might not be available until next week.

And unfortunately for everyone, keeping up with demand is going to stay a problem for the foreseeable future.

And demand is unlikely to do down in March or April, although stock levels could start climbing.

Game has already provided a PS5 stock update this week, and the good news is that another is on the way.

That’s according to several sources that suggest Game UK has yet to sell out of its initial product line.

This comes from PS5 Instant on Twitter, a stock tracker account that has proven reliable in the past.

The only downside is that while more stock is expected to arrive from Game this week, we don’t know when.

Gamers have been put on high alert for the rest of the week, meaning something could surface later today, from 8am GMT onwards.

But as mentioned above, it might be a long wait for the next Game UK drop, meaning a release window is open from February 23 until February 25.

The message from PS5 Instant also suggests that a massive PS5 stock drop is being scheduled from Currys, but it won’t be arriving until early March.

A message from PS5 Instant adds: “Second GAME drop this week, Currys merging their February and March stock for a huge stock release, making it harder for scalpers to buy them.

“Also remember to claim Feb PS Plus game Control for PS5 (can do this mobile or web if don’t own PS5).”

March PS5 stock has the most digital PS5s of any previous drop. 58% Disc compared to 42% Digital of stock.

“Use Guest checkout on GAME because there often time is a queue to log in, and also logging in sometimes makes you queue again in some cases. Autofill and guest checkout should get you a PS5.

“March restock will be the biggest yet for all retailers. GAME has been adding bundles for a few days in anticipation of March 8th. Pre-orders will be released twice this week, Tues 8am onwards.

“Scalping is becoming less profitable. PS5s price on eBay went on average from £680 to £620 (disc and dig) with these last drops. Most stores receiving a new shipment of PS5s first week March, there’s no reason to buy from scalpers right now.”

As mentioned above, some stock trackers also run live stream updates to provide a quicker turnaround on restock news.

One of these embeds can be found above and should help in keeping track of this week’s stock drops.

The video stream will play a loud noise the moment the PS5 is back in stock online.

Some retailers allow customers to register their interest in the PS5, resulting in alerts when the consoles become available.

Like with the latest Game update, the retailer will be offering a pre-order before delivering the consoles on a later date.