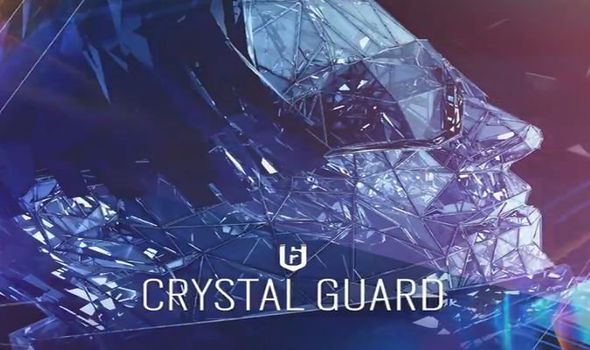 The Crystal Guard update is being tested right now by Ubisoft, and it won’t be long before the new Rainbow Six Siege season, and all its new content is available to play.

Osa will be one of the main draws, with new tech coming to the game that will likely shake up the meta across PS4, Xbox One and PC.

Offering a new shield mechanic that will help teams smash through barriers, with Osa able to deploy it on windows or floors as a way to provide temporary cover.

“Innovation is natural for Osa while she reinforces the attacking team’s position. She can deploy the Talon-8 clear shields on doors, door or window frames or keep it in hands to navigate through the map.

“The Talon-8 shields are bulletproof but transparent and let both sides see-through, so be careful when positioning them. Additionally, Bank, Clubhouse and Coastline see some changes to add more comfort.”

Here’s what we know so far about the launch of the Rainbow Six Siege new season and the start of Operation Crystal Guard.

WHEN IS THE NEW SEASON OF RAINBOW SIX SIEGE STARTING?

Developers Ubisoft has confirmed that the new season of Rainbow Six Siege has a release date set for Monday, September 7.

The dev team are expected to release the new update in hourly intervals, meaning that while each platform will receive the update on the same day, it will be at different times.

For now, we have not been given a set release time for when Rainbow Six Siege – North Star will be available to play yet, although more news is expected to be shared this weekend.

Previous R6 patches have gone live in the early afternoon in the UK, with the schedule used for Crimson Heist including PC being updated at 2pm BST, Xbox at 3pm and PlayStation at 4pm BST.

As mentioned above, this week’s new Rainbow Six Siege update will add a number of big ticket items, including Osa and her clear shield.

What it won’t include is a new map, with Ubisoft opting to make some big changes to several smaller maps.

According to Ubi, Bank, Coastline, and Clubhouse have been rebuilt from the ground up to enhance balancing, environmental destruction, sound propagation, and lighting.

Bank, one of Rainbow Six Siege’s oldest maps, has largely remained untouched over the years but here are some of the things that will be tweaked this month:

Ubisoft has confirmed that R6 Crossplay is being worked on for later this year, although it won’t be ready for today.

On June 30, Rainbow Six Siege launched on Stadia, and from this date, players on PC, Stadia, and Amazon Luna will be able to queue for matches together and have unified account progression across those platforms.

It won’t be until early 2022 when players on Xbox and PlayStation platforms will be able to team up and face off as crossplay comes to consoles, and cross-progression launches across all platforms.