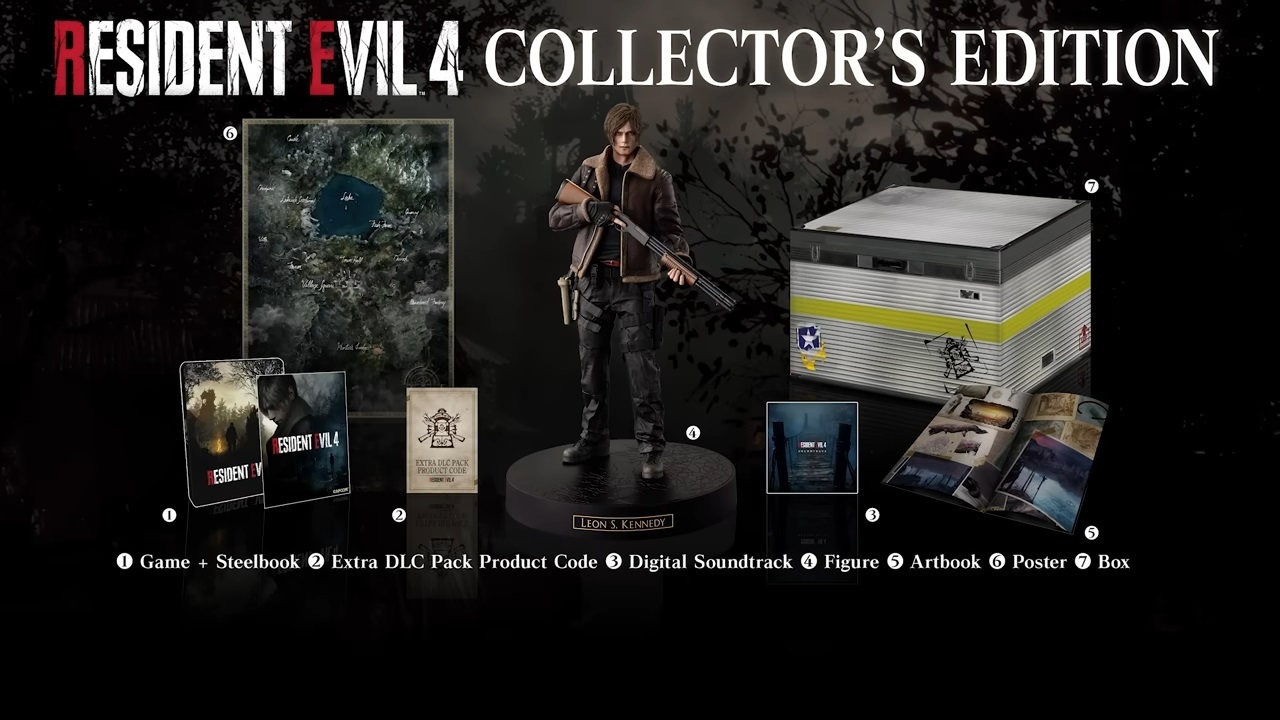 Capcom has revealed the collector’s editions for the Resident Evil 4 remake, and teased something new for the Merchant…

It’s a good week to be a horror game fan. It’s only been a couple of days since Konami unveiled several Silent Hill projects and, last night, Capcom had a showcase of its own for its Resident Evil series.

The biggest draw was easily new footage for the Resident Evil 4 remake, with a new cinematic trailer featuring familiar and not so familiar scenes from the original game.

Plus, it confirmed that several characters will be making a reappearance, such as Leon’s ally Luis, the villainous Salazar (who looks a lot more aged this time), and the fan favourite merchant, who’s retained his ridiculous cockney accent.

Capcom also shared a stretch of gameplay from the remake’s opening hours, including one section every Resident Evil 4 fan will recognise. If that’s not enough to convince you, though, we were able to try it out for ourselves and it seems like Capcom has only managed to improve upon one of the best games ever made.

Pre-orders for the remake are now available and, unsurprisingly, Capcom has unveiled two expensive editions for fans to buy.

The first is a Deluxe Edition that comes with additional costumes for Leon and Ashley, extra weapons, and an option to switch to the original game’s soundtrack. Judging by Capcom’s website, though, this seems to only be available digitally.

The second one is a physical only Collector’s Edition, which comes with all the content from the Deluxe Edition, plus extras like a digital soundtrack and artbook.

Capcom hasn’t shared an official UK price yet but it’s on GAME for an eye-watering £249.99

The showcase spent time on the Winters’ Expansion for Resident Evil Village as well, but it mostly reiterated information fans already know regarding the new Shadows Of Rose DLC, third person mode, and additions to the Mercenaries mode.

The expansion will be available as a separate download and included with Resident Evil Village Gold Edition, which has a demo available right now across all platforms if you want an early taste of the third person mode. Both the DLC and Gold Edition launch on October 28.

Perhaps the biggest surprise of the whole showcase was the reappearance of Resident Evil Re:Verse, the multiplayer spin-off that was meant to launch alongside Resident Evil Village last year.

Following a rather lacklustre reception from fans, the game was delayed and then simply vanished into thin air.

Its deathmatch gameplay seems to be unchanged from early previews, although the new trailer features some extra playable characters, new locations, customisation menus, and confirmation of an early access session starting this coming Monday, on October 24, for Resident Evil Village owners.

Capcom is still making it a free download if you’ve bought Resident Evil Village and has also confirmed cross-play functionality and at least three post-launch updates.

There’s no hard release date, but Capcom clearly has a lot more faith in the spin-off now, even if multiplayer Resident Evil still seems like a doomed concept.

‘An odd chap, but his information’s good… and I shouldn’t say more,’ he says. It’s unclear what this means or whether it’s hinting at a new game, DLC, or perhaps the appearance of the Duke in the Resident Evil 4 remake.