The 2023 video game slate is quickly filling up, and one of the biggest launches kicking off the year will be the arrival of the PlayStation VR2 in February. A number of new games will be available for the new headset on launch day including Resident Evil Village, the VR version of which has now been confirmed to be free DLC for anyone who already owns the game.

Writing for the PlayStation blog this week (thanks, Push Square), Capcom's Kanda Tsuyoshi confirmed Village will be available in VR when the PS VR2 launches on February 22, 2023. The best news of all though is that many players will get the new version of the game for free. If you own the regular version of Village or its Gold Edition, then you will be able to download it in VR as soon as the headset is available.

A somewhat surprising but extremely welcome reveal considering how much work Capcom appears to have put into making Village's VR mode as immersive as possible. Highlighted by Tsuyoshi in the blog post, Village VR will make full use of the PS VR2's 4K HDR display, eye tracking technology, and 3D audio, making the VR version of Village the most immersive way by far to experience the game. 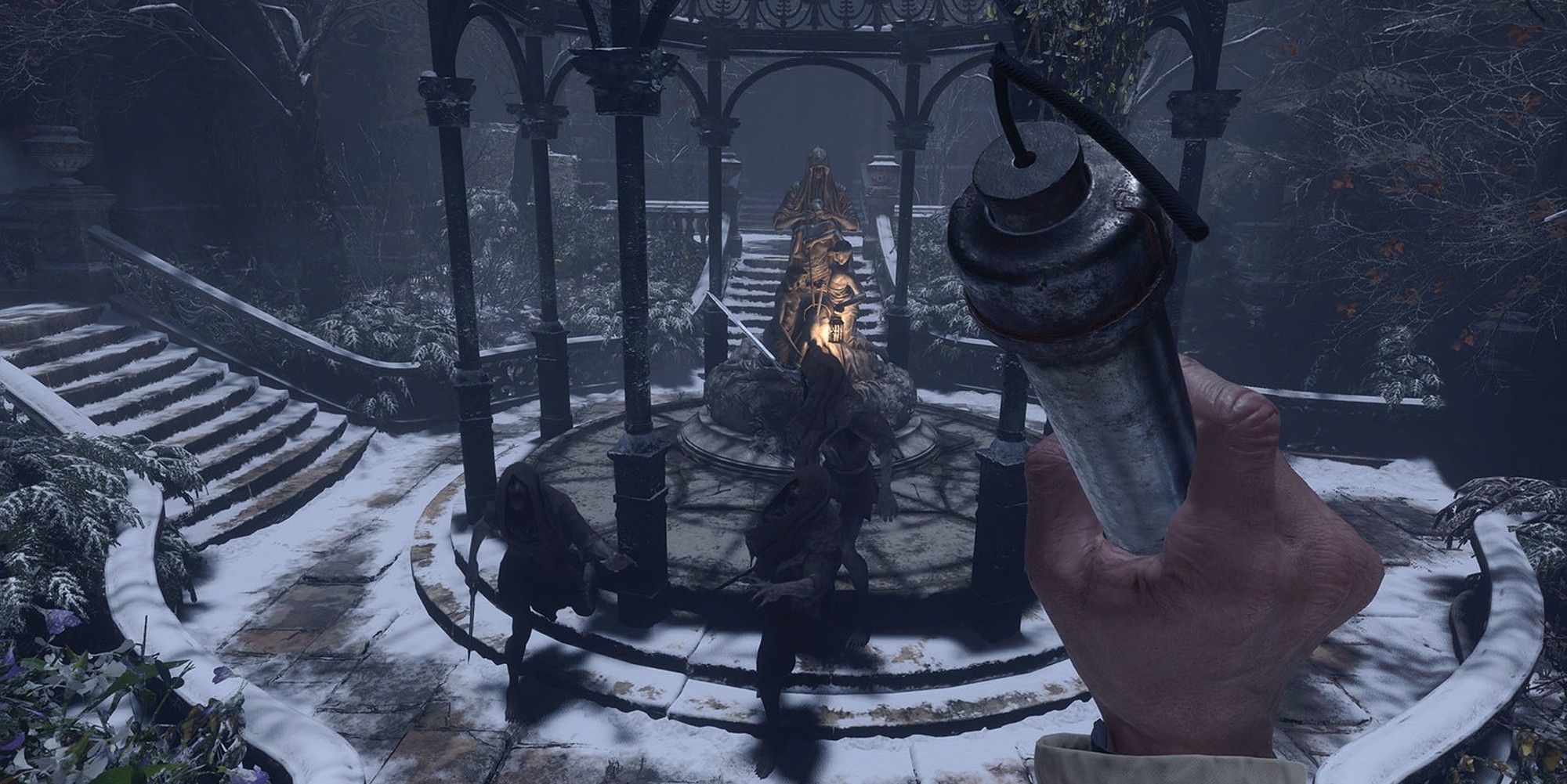 Tsuyoshi also quite rightly makes a big deal of how Village will make use of the PS VR2's new controllers. Players will be able to hold their hands up in front of their faces to fend off enemy attacks, and can also wield two weapons at the same time. Plus, it'll be the best way yet to truly gauge just how tall Lady Dimitrescu really is.

Also launching on the same day as the PS VR2 will be Horizon Call of the Mountain which was shown off again at The Game Awards earlier this month. The only downside to the new system so far has been the price, costing more than an actual PS5 at launch. On the bright side, game prices will start at £17, although that scale will go all the way up to £60 for bigger, more notable titles.