Do you hear that? The metallic rattle echoing down the corridor? The silence invaded by nervous breathing, a chest inflating with the posture of confidence as the cold air of composure is sucked in between teeth? It's destiny calling. We have dispatched the first three members of the Elite Four, and only one of them stands between us and immortality. They're shaking up the can of silver polish for our trophy. Lance stands tall, his twitching knee of trembling muscle the tell-tale sign of his fear in facing us. He wipes the sweat from his fingertips on his thigh as he readies his Poke Ball for battle. He is the door between us and greatness, and he knows he is not made of steel.

Many of you have been on this journey since the very beginning in Pallet Town, others infrequent visitors to this adventure, and others still complete newcomers. For most of 2022, I have been replaying Pokemon Blue and hitting a new town each week. I have been observing the game as a tourist, rather than a trainer, but it is time to put away childish maps and become a man. Once I reached the Elite Four, I have been dedicating each weekly entry to the individual battles, and I've finally reached Lance, my final challenge. Or so I would think if I were playing this for the first time, which I am not. In any case, you can catch up on the story so far here, or read on below.

Lance is a man of appearances. Anyone who reaches the Elite Four faces Lorelei. She's the first barrier, and has seen many fall. It's not a position of glory, but of hard work and tireless vigilance. She must uphold the reputation of what it means to be in the Elite Four, above all others. Lance is the final obstacle. In many ways, that makes him the most important trainer as the last line of defence, but it also is a position of luxury. Lance is a king in peacetime, and he has grown slow and doughy. 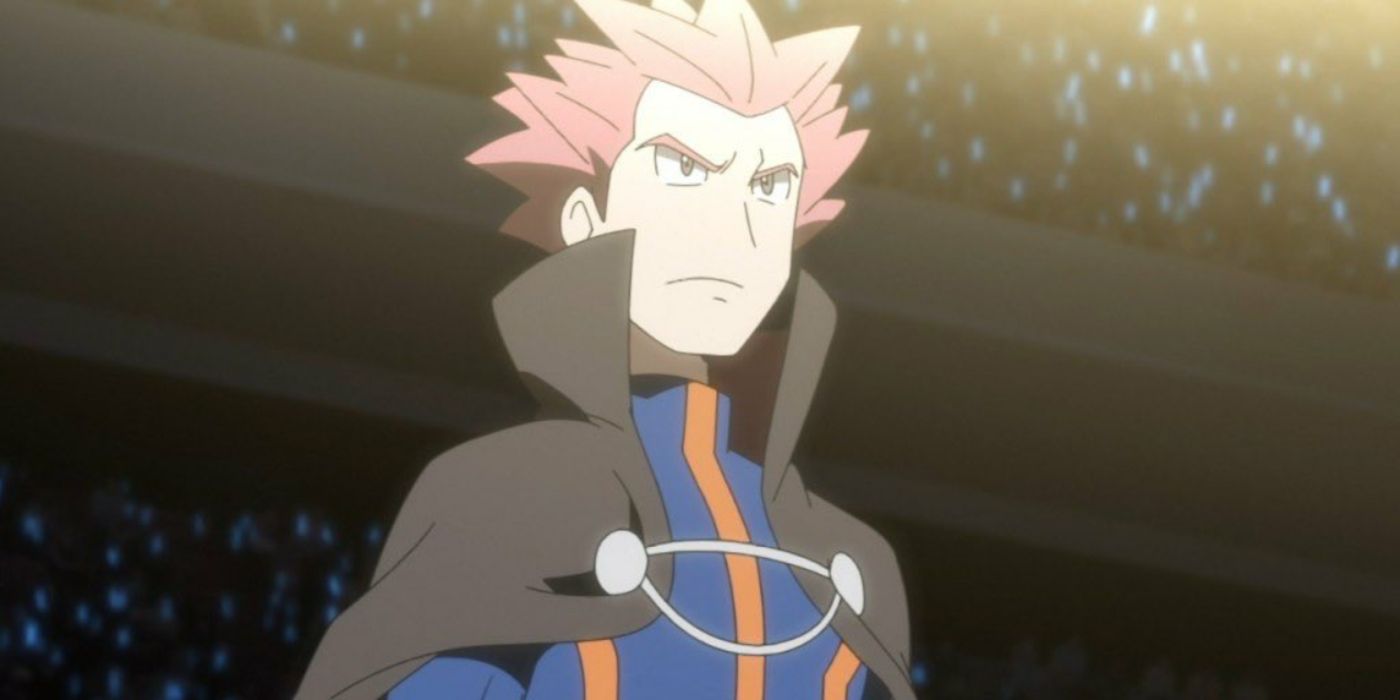 Lance looks like an elite trainer, with his smirk, cape, and rare Dragon Pokemon, but there's not much evidence that he is. Very few trainers face him, and those that do have been worn down by the trio before him. I'm a ten year old kid and I beat him pretty easily (and, stepping back from the narrative of this column for a second, the only other opponent we know he faces is also a ten year old kid and he also beats him). Stepping even further back, our own Eric Switzer wrote an expose about Lance's use of illegal moves and evolution techniques, highlighting how his cousin Clair, the eighth gym leader of neighbouring Johto, is the true Dragon champion.

As a trainer, he falls into the same pitfall of Bruno and Agatha – he's not really what he says he is. He's a Dragon-type trainer, but has three Pokemon from the same line, and two who aren't Dragons. Sure, there's the whole 'Gyarados was meant to be Dragon’ theory, and it definitely looks like one, but Aerodactyl is phoned in a little bit. Charizard I'd understand, but Aerodactyl is clearly a dinosaur, not a dragon, and has no Dragon-type or even Fire-type moves. All five of his line-up know Hyper Beam too, which is incredibly uncreative for a trainer of his stature. Lance is a fraud, and it is a pleasure to find him out. 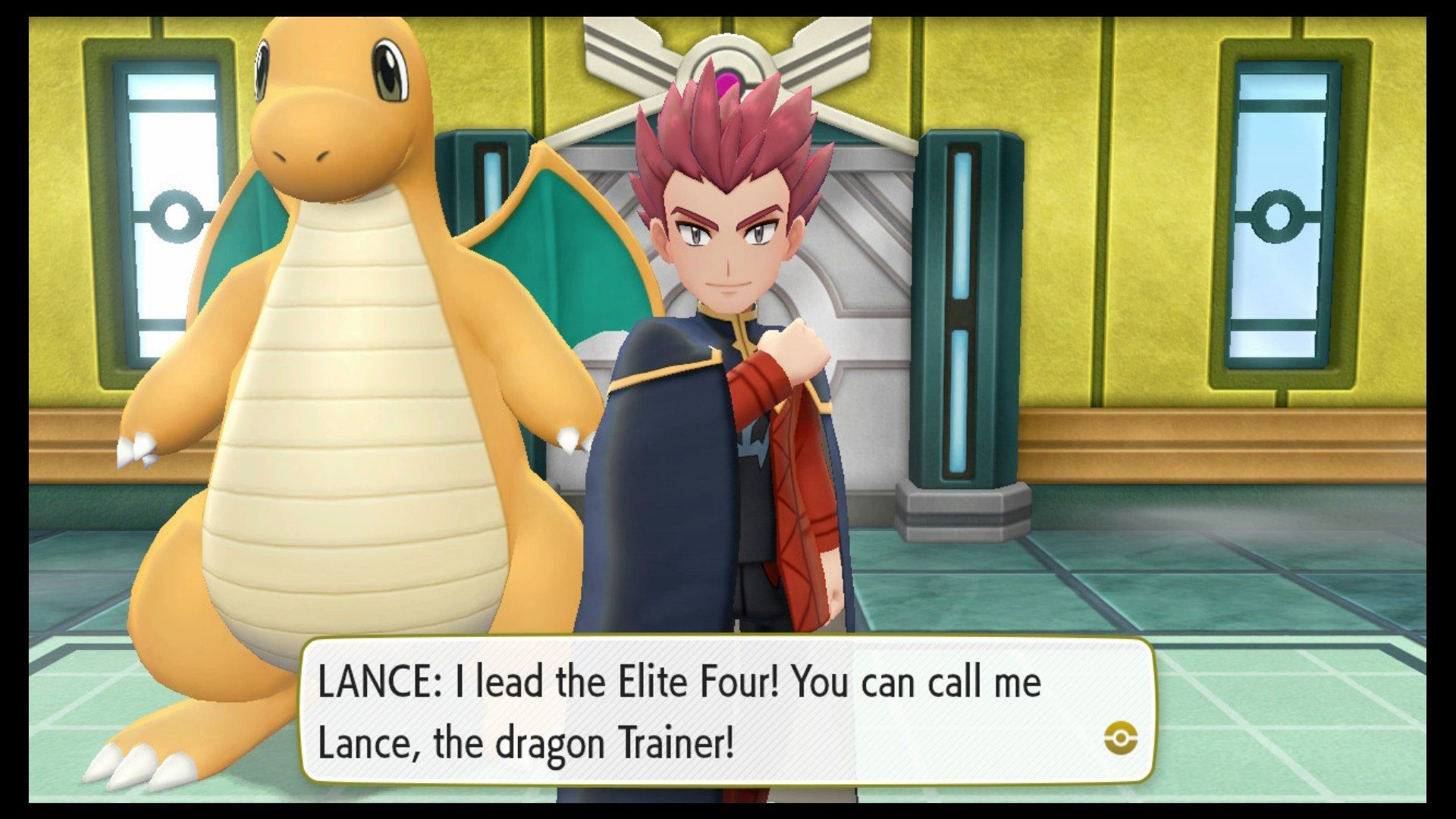 Even his arena reeks of desperation and a dereliction of inspiration. It's a long corridor, and that's it. There are a couple of corners to turn, but it's mostly just footstep after footstep. This, of course, is the point. Lance is not used to challengers, and needs the full time to prepare himself for the coming struggle. That's why there are corners for him to hide behind. As for the emptiness of the corridor, he likely thinks it bestows a sense of prestige, but instead shows him to be a man out of his depth and out of ideas. In any case, Lance is pushed aside with relative ease and I can emerge as Pokemon Champion – the very best, like no one ever was.

But wait, what's this? Someone else beat Lance first? Is that even part of the rules? Am I doomed to forever fight off trainers to keep my crown? Must I live in Lance's basement? Wait… it's the smell ya later guy?! I am utterly blindsided by this twist! Tune in next week to see what happens! Or don't, I'm not a cop, I don't care.