With dozens of weapons available in Blox Fruit, it's only natural that some are more powerful than others. A newer weapon that you can get your hands on is the Cursed Dual Katana. This is a mythical sword that was added to the Roblox game with update 17.3. 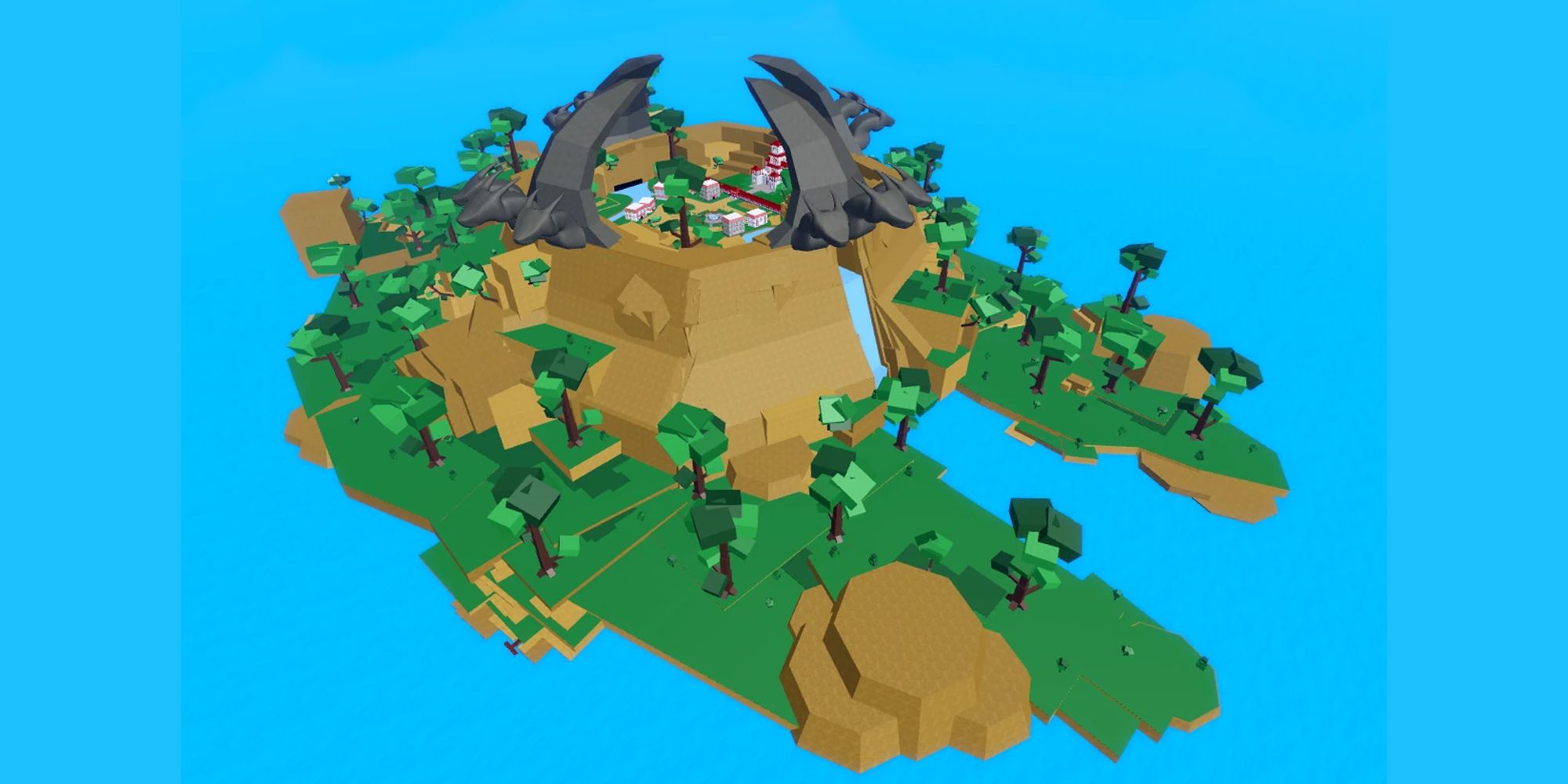 Prior to obtaining the Cursed Dual Katana, you will need both of the following weapons.

To obtain Tushita, you can follow our step-by-step guide, which takes you to Longma, a level 2000 boss.

Yama can be acquired through a few steps. First, head to Castle on the Sea and speak with the Elite Hunter to accept their quest. Now, you will need to kill 30 Elite Pirates.

Once this has been completed, head to Hydra Island to the Secret Temple, which can be found behind the waterfall. If you have already obtained Tushita, then this location may look familiar.

Here, you just need to break the gate leading to the Temple and pull the sword. If you have not killed 30 Elite Pirates, then you will die while doing this. 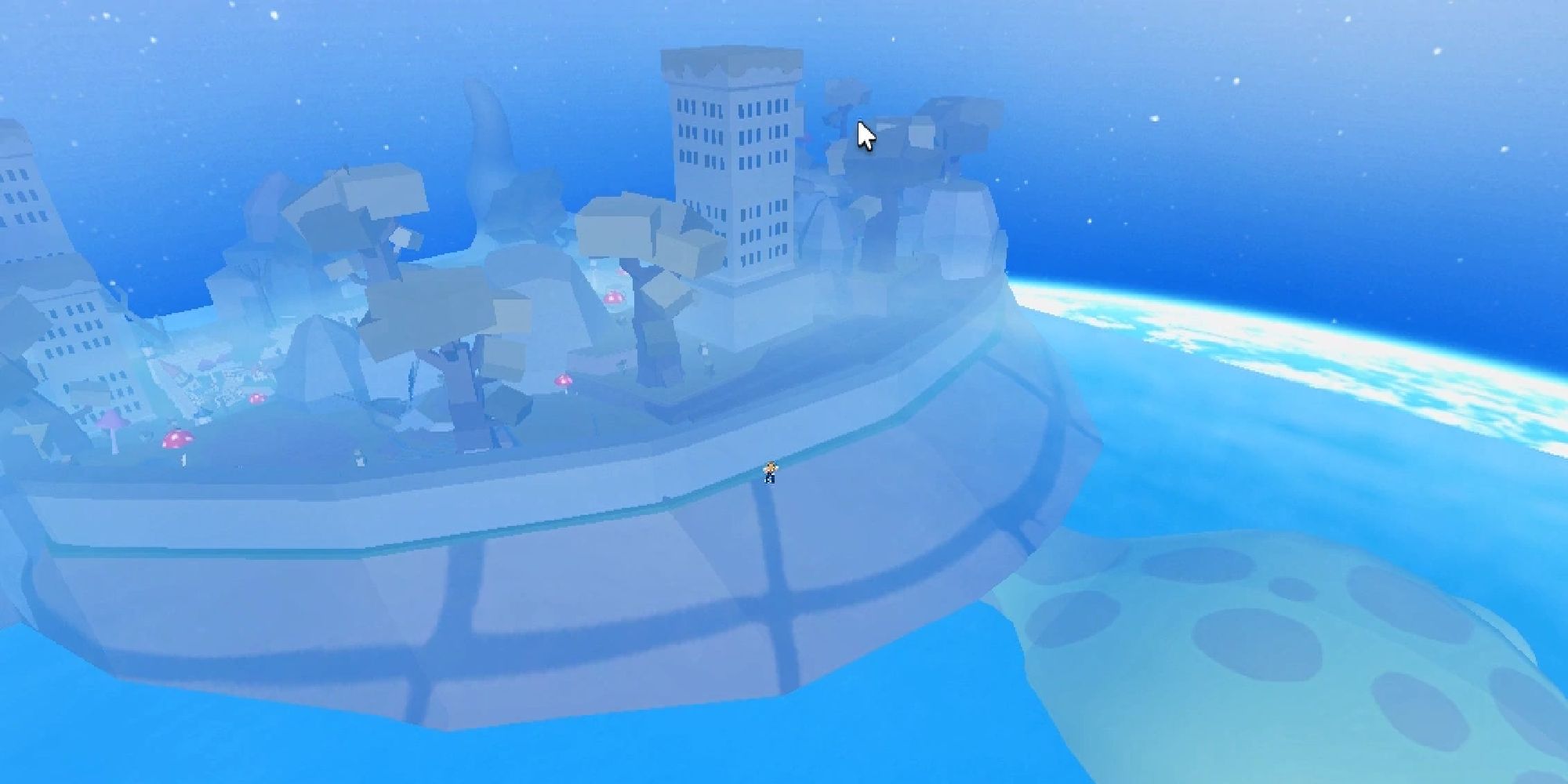 With both Yama and Tushita, you will need to increase their masteries to at least 400. This can simply be done by using the swords.

When you have enough mastery, head to the Mansion at Floating Turtle in the Third Sea. Rather than heading inside the Mansion, go to the back and speak with the Crypt Master. After doing so, you can enter through the back. 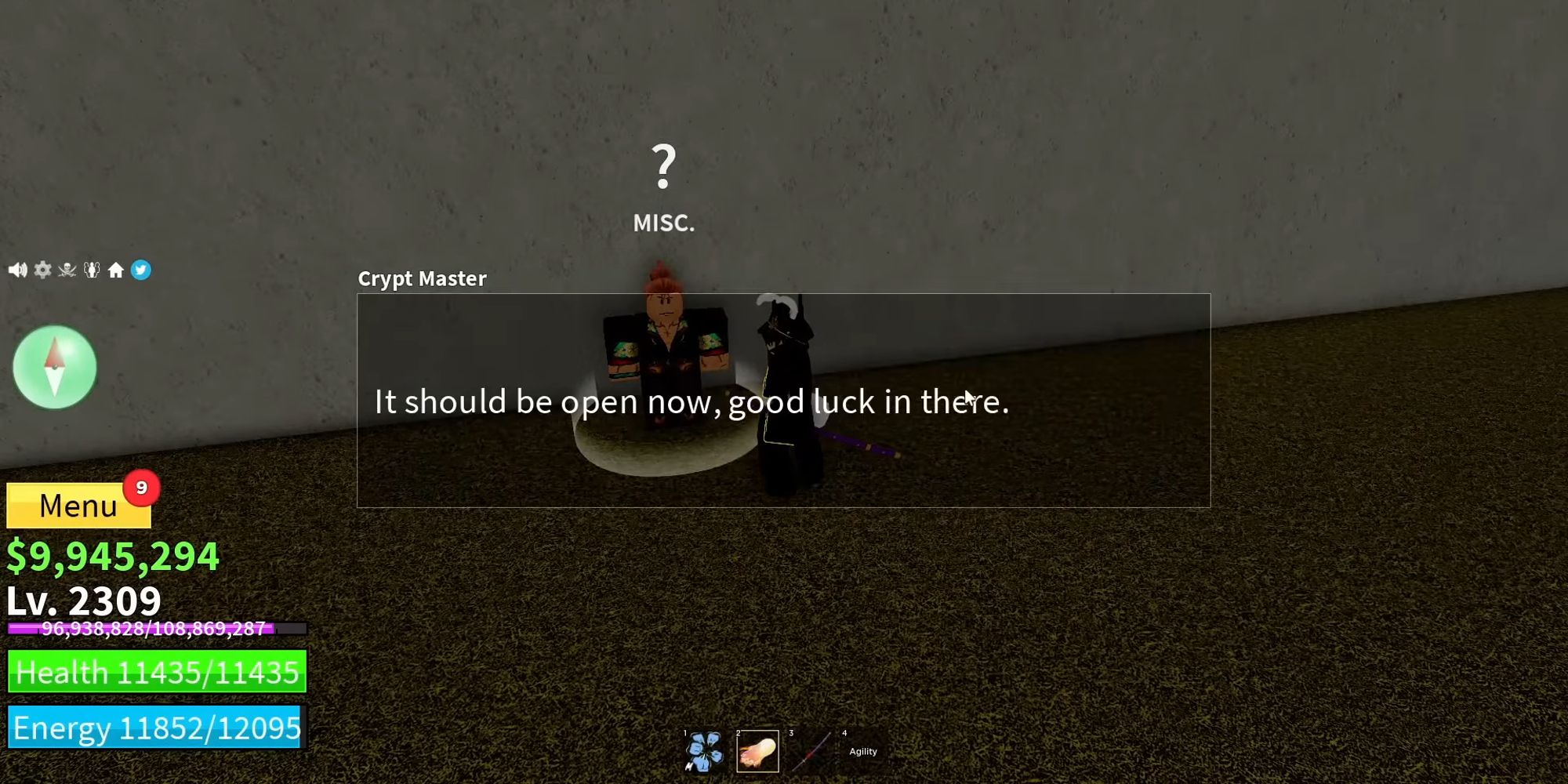 Inside, you will find the Yama and Tushita scrolls.

Interacting with a scroll will display the trial. After completing one, head back to the scroll to get the next one. 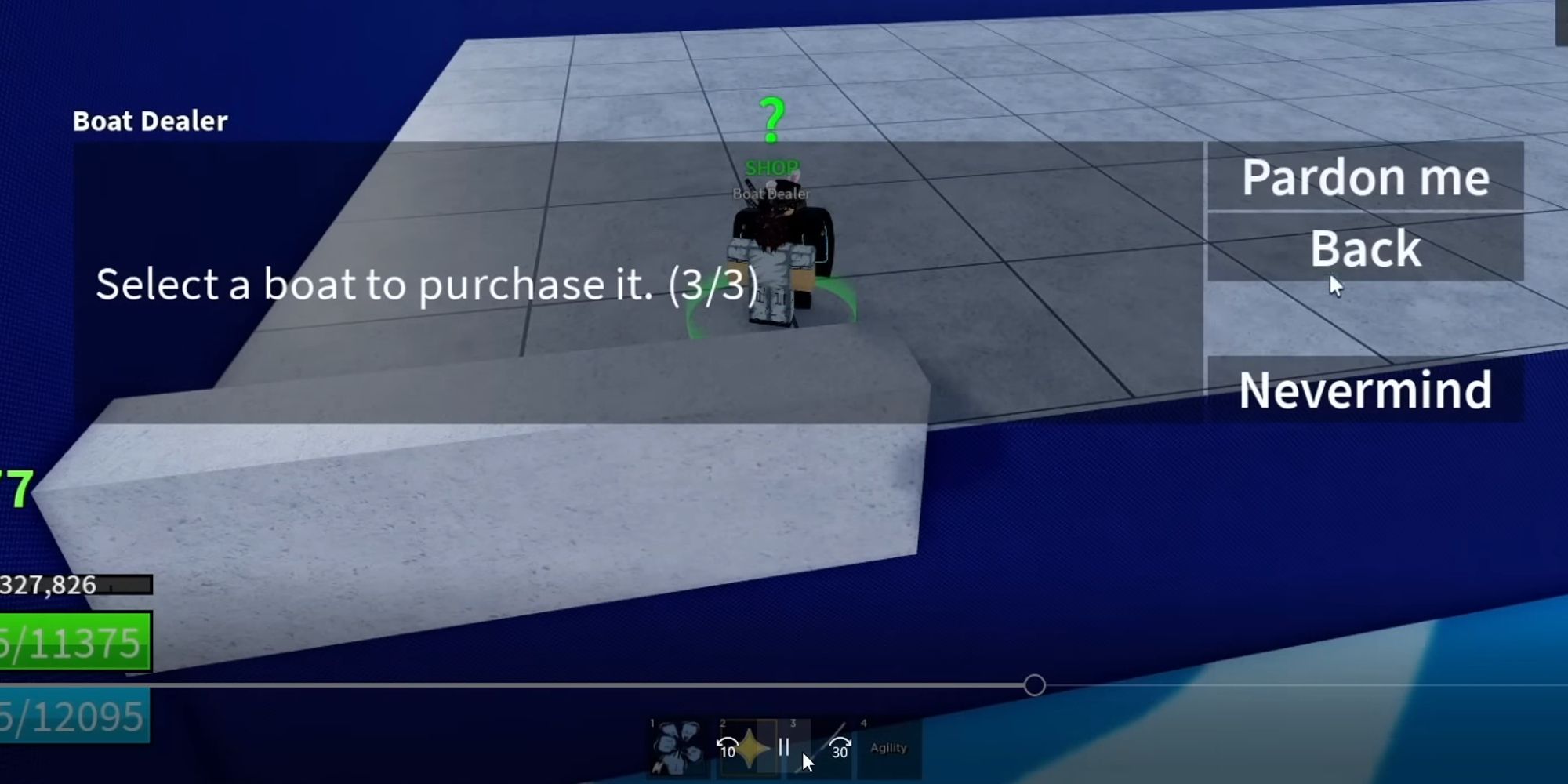 The Tushita scroll is on a pedestal to the left of where you entered. Once you pick it up, you can start the three associated trials.

The first trial requires you to chat with three Boat Dealers on three different islands. This is a rather simple task; just sail around and speak to three of these NPCs.

Next, you will need to complete the Pirate Raid. This is a group even that occurs at the Castle on the Sea. We recommend completing this with other players.

The final trial requires you to defeat the Cake Queen. This is a level 2,175 boss that you can find in Ice Cream Land, within the Sea of Treats.

This is also a fairly difficult task, but teaming up with players can make it go more smoothly. While battling, a song will begin to play. If you don't kill the Cake Queen before the song ends, then you will be teleported to a new location, where you will have to light three torches and defeat all enemies there. 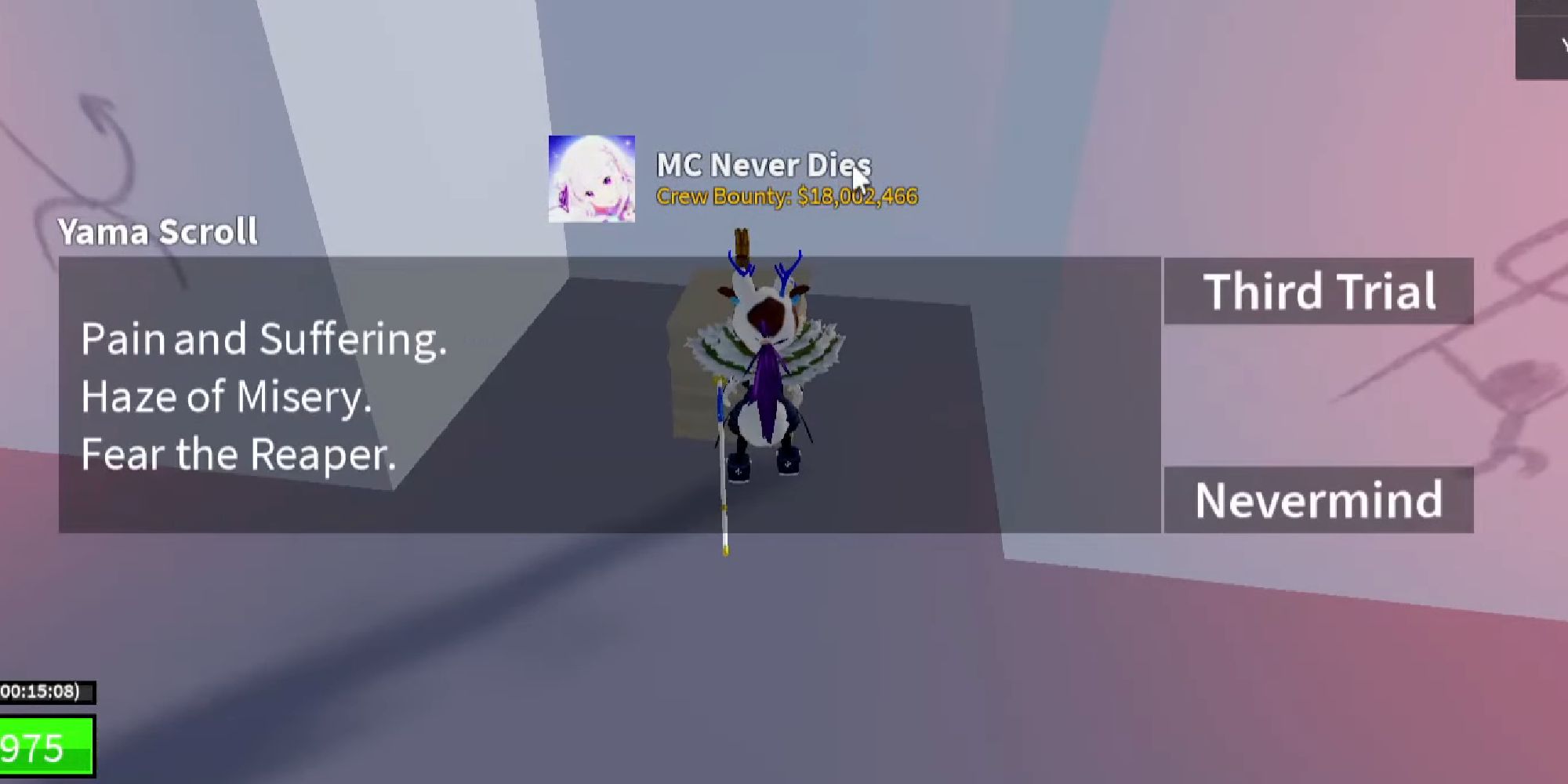 After completing the Tushita scroll trials, you can complete the Yama scroll trials. There are three of these as well, which you can find below.

For the first trial, you will need to have an enemy attack you until your HP gets low and you die.

The Haze Of Misery

This trial requires you to find an NPC that has purple markings and kill them. Purple markings can appear on any NPC in the Third Sea, which means that you will need to go around and search for them.

Many gamers point out that there is a high chance that ghosts within the Secret Temple have the purple marking.

Lastly, you will need to get Hallow Essence. This can be done by heading to Haunted Castle Island and summoning the Soul Reaper.

Rather than defeating this enemy, let them kill you. This will send you to Hell, where you must kill all the enemies there as well as light three torches. This is similar to Soulless, for the Tushita scroll. 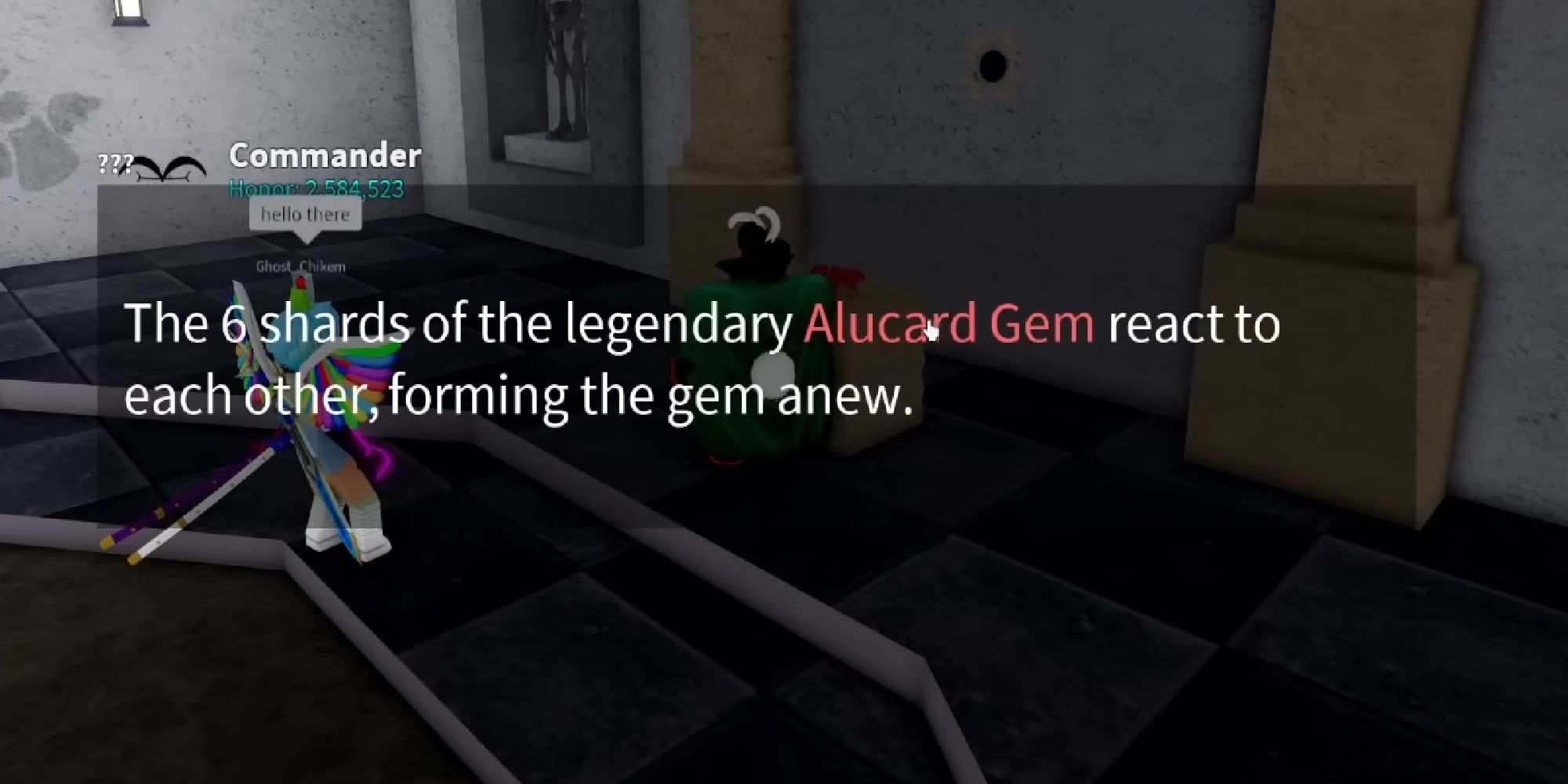 With all six trials complete, you should now have six Alucard shards. These shards can be placed on a pedestal at the front of the mansion, which summons the Cursed Skeleton Boss.

Using either Tushita or Yama, kill this boss to receive the Cursed Dual Katana.

That's all there is to know about obtaining the Cursed Dual Katana. Overall, this can be a long process, but chances are, someone else is also working to get this sword. If you see people completing the same tasks as you, try working together!