With Barbican Arena we have a return to the arena format. At first glance, Barbican Arena feels pretty familiar to Matterhorn Arena. However, the more it progresses, the more you realize that Rollerdrome is dead-set on keeping you on your toes.

While the setting of the environment is pretty simple here, the enemies just keep coming, making this one of the most chaotic stages up to this point in the game. Not to mention the fact that you will be facing off against one of the game's toughest enemies: the Mecha Brut. Buckle up, because you are in for a wild ride! 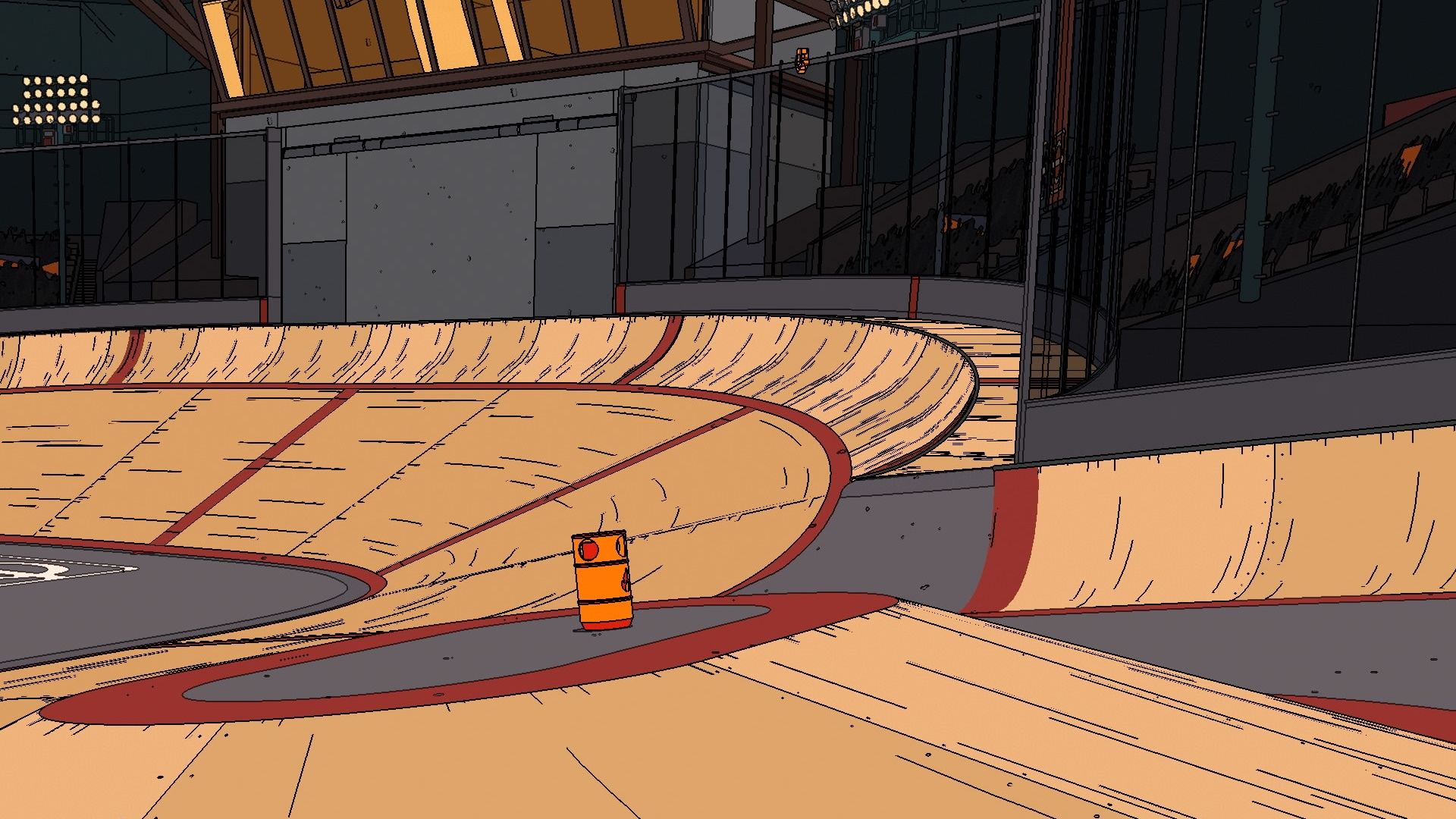 Barbican Arena is just one big bowl with a little offshoot bowl on the side. In the middle of the arena is giant pyramid ramp. The offshoot bowl has its own little pyramid ramp, too. However, Rollerdrome isn't going to go that easy on you, so they made sure to break up the bowl with a raised section in the middle. No grinding around the arena to keep that combo going infinitely! 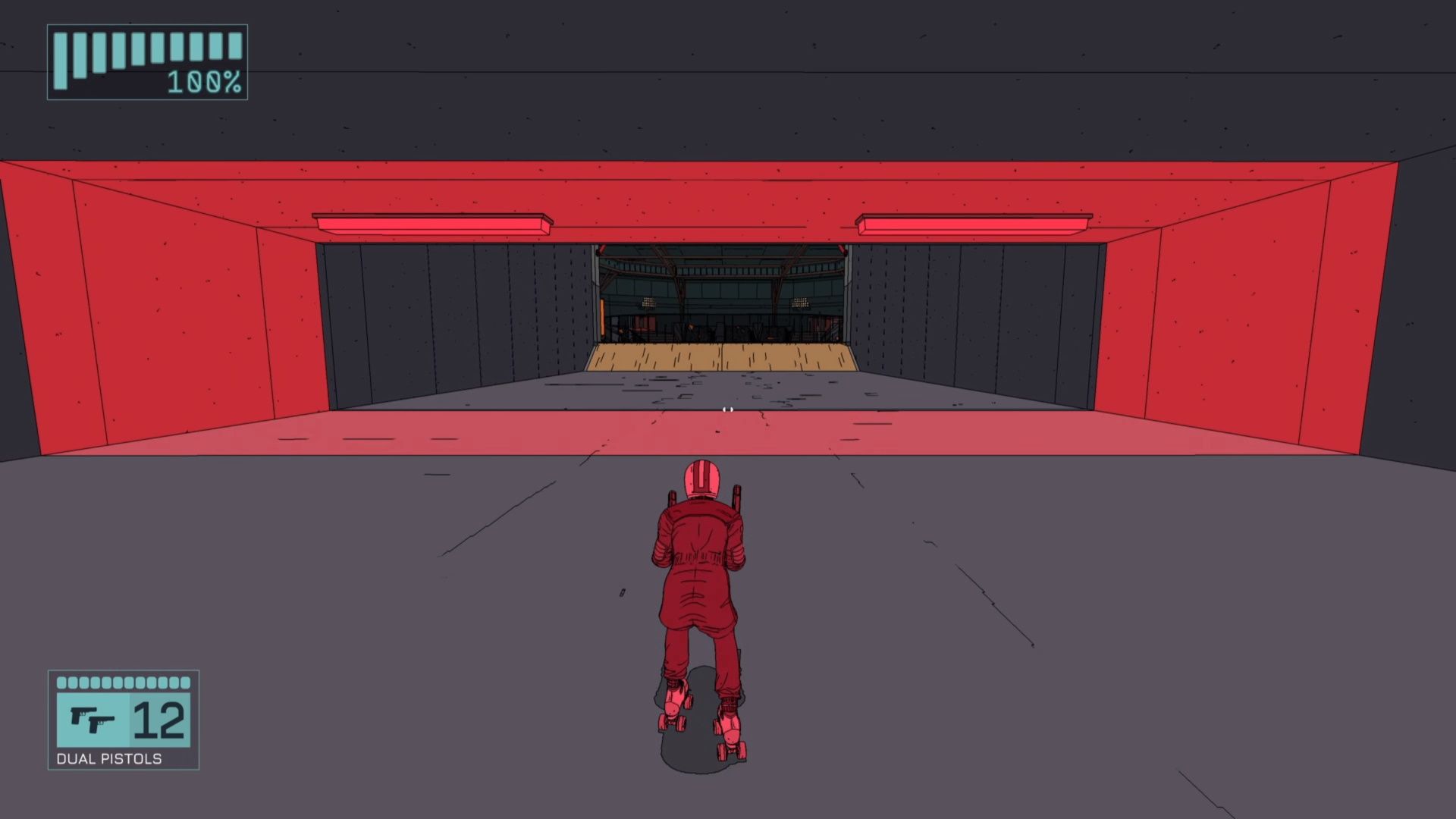 The Barbican Arena Challenges come in two shapes and sizes. About a third of them are here to show you how to destroy enemies and different ways, and the others exist to guide you toward getting high scores. By completing all of these challenges Rollerdrome is providing you with all the tools you will need to conquer the stages that are still to come. 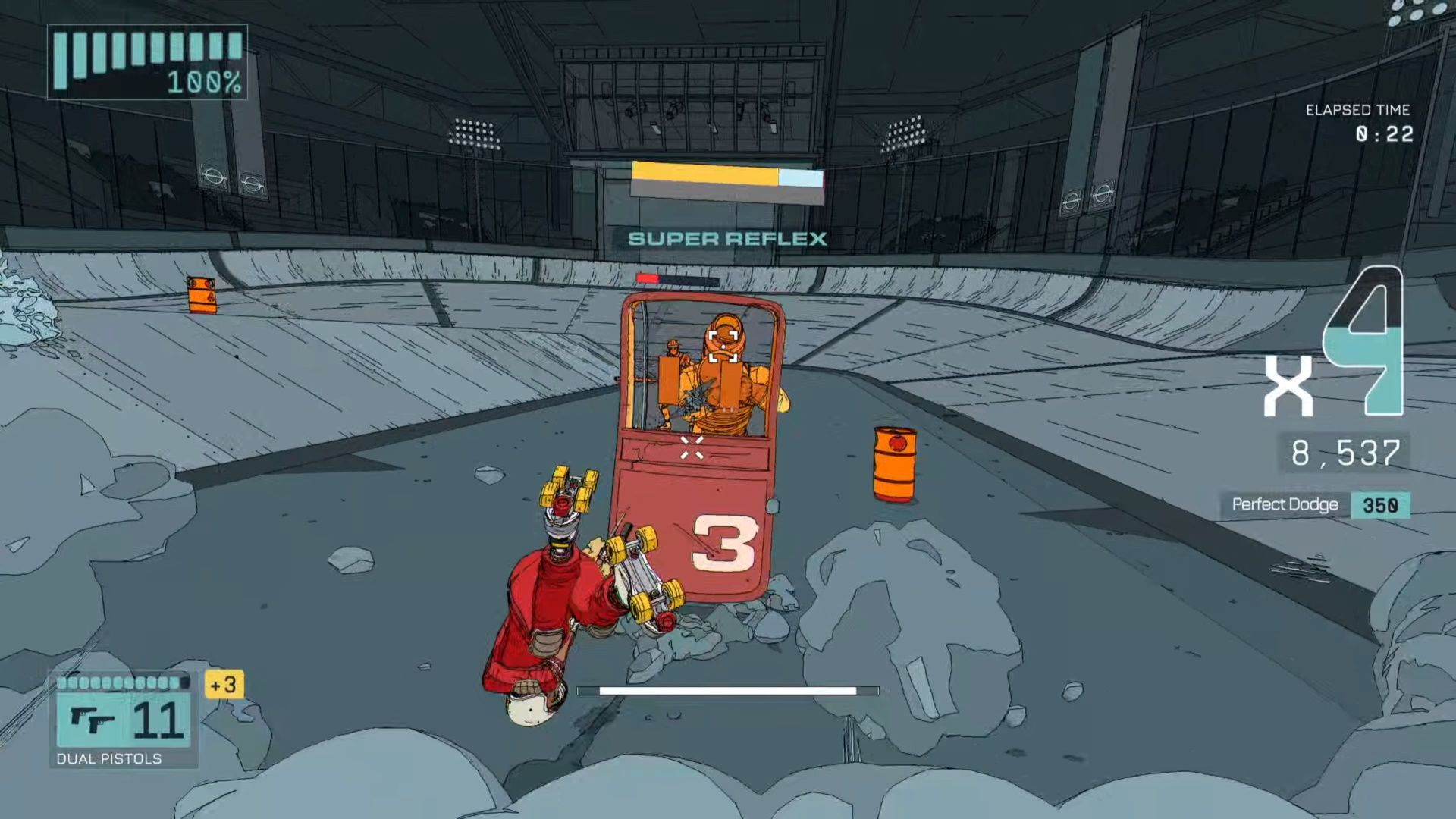 Hopefully, you have already mastered the Super Reflex Time mechanic at this point, but if you haven't, Barbican Arena is going to make absolutely sure you do. The trick is to dodge attacks just as the indicator turns white. Snipers and Riot Guards are great fodder for Super Dodges. Once you perform the Super Dodge, just activate your Reflex Time and you will enter into Super Reflex Time. 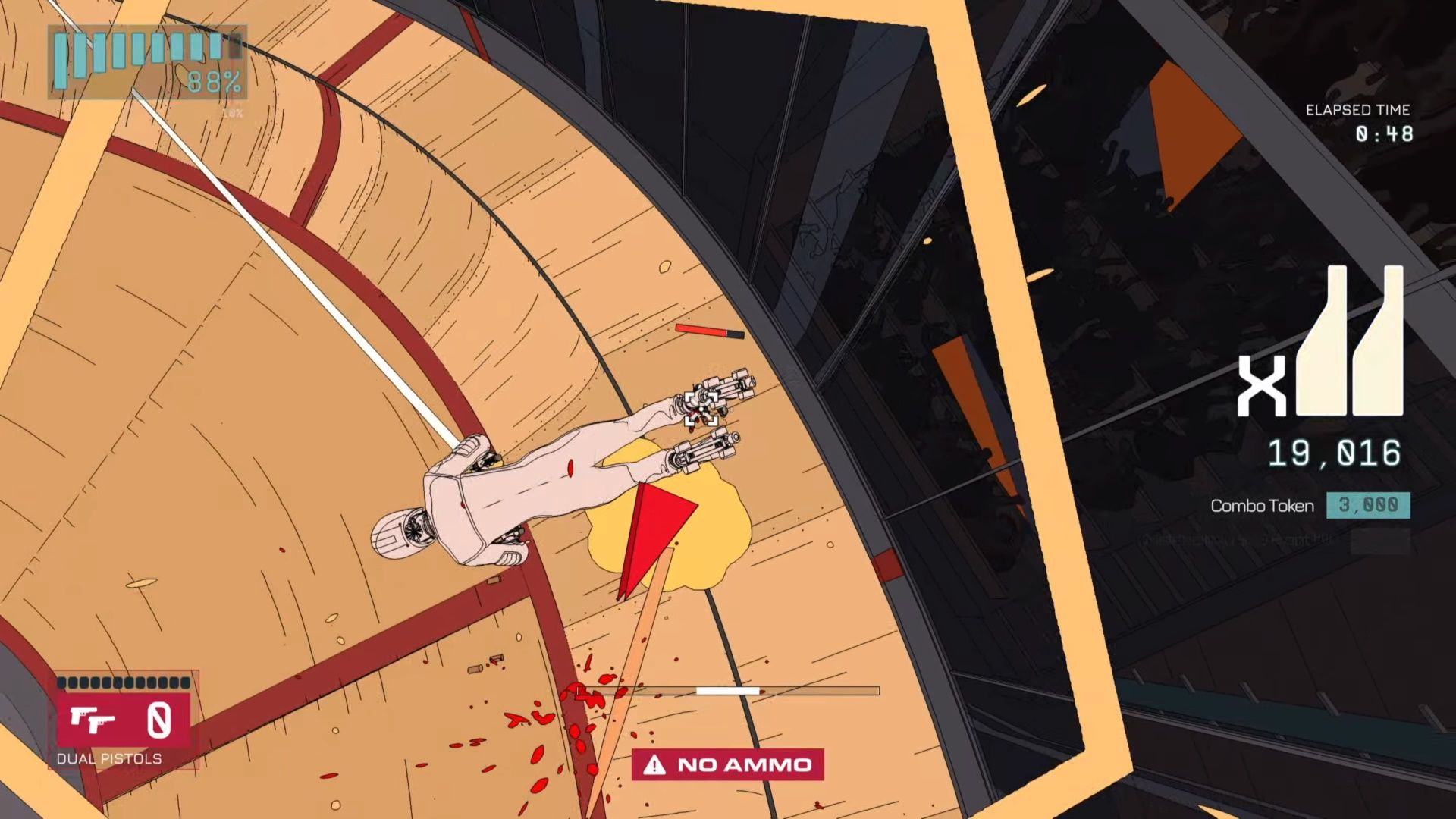 At first, this may seem like a confusing challenge, but it is easier than you think. All you need to do is to enter into Reflex Time, fire a Grenade at a Polybeam, and then switch to your pistols and immediately start unloading into them. The grenade will explode as you are hitting them with your pistol rounds. 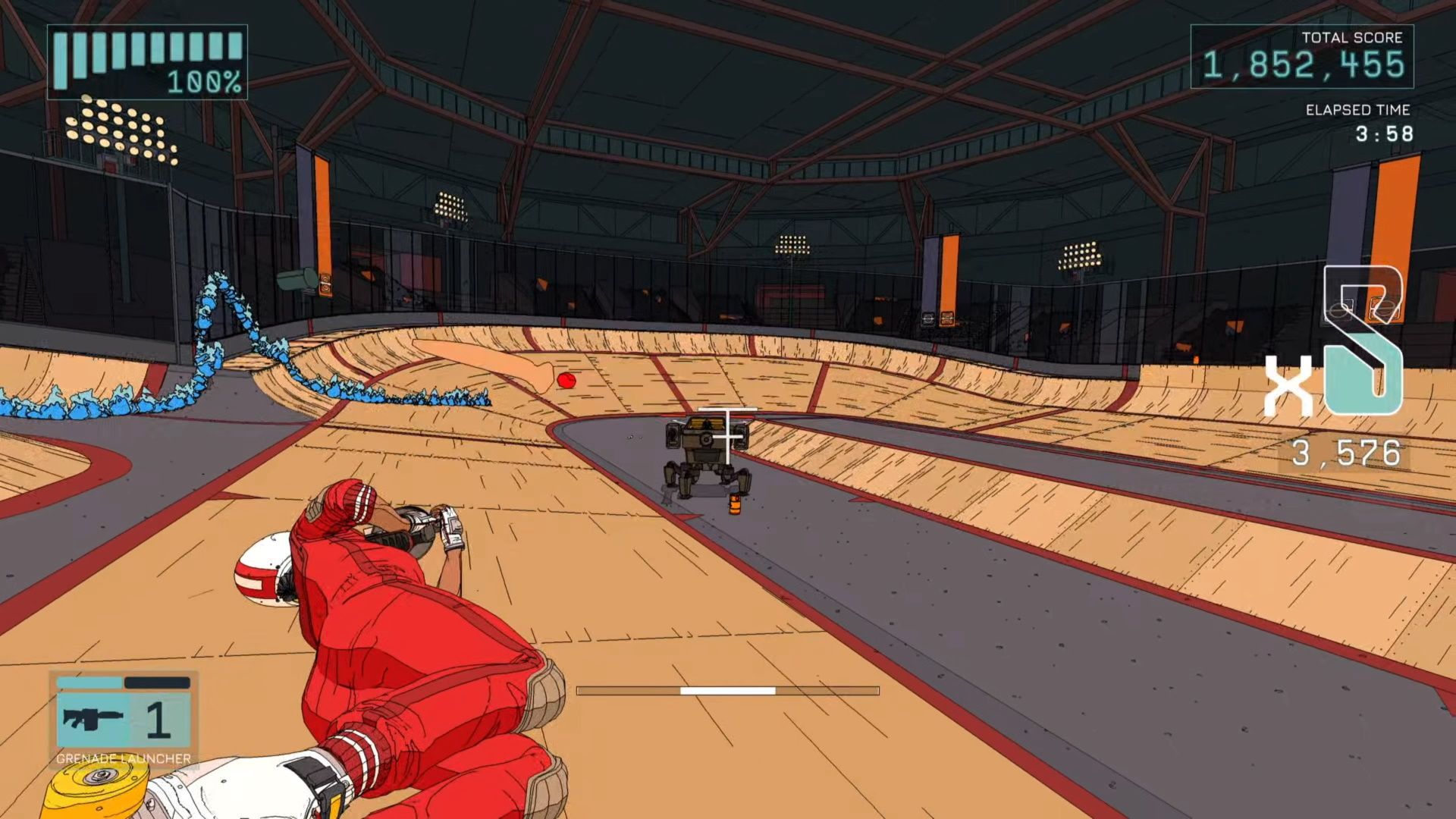 This is the way to deal with the Mecha Brut, so the game is doing you a solid and showing you how to beat these monstrosities. Just fire the Grenade at the center of the Mecha Brut's chest. The resulting explosion will damage both Flamethrowers. It will take two shots to make the flamethrowers out. Don't be afraid to do this at a closer range, as it can be a little trickier angling the shot at a distance.

Whenever you are trying to get a high score you should be doing this! More unique tricks mean higher point yields from each trick. However, if you are struggling with this challenge, just create a little rotation. The first time through do up and grab, followed by right and grab, followed by down and grab, and finally, end with left and grab. Then two ups and grab, two rights and grab… you get the idea. Even say it out loud. If the trick the name isn't yellow, you have done the trick already.

Eliminate a House Player whilst performing an Axel Grind 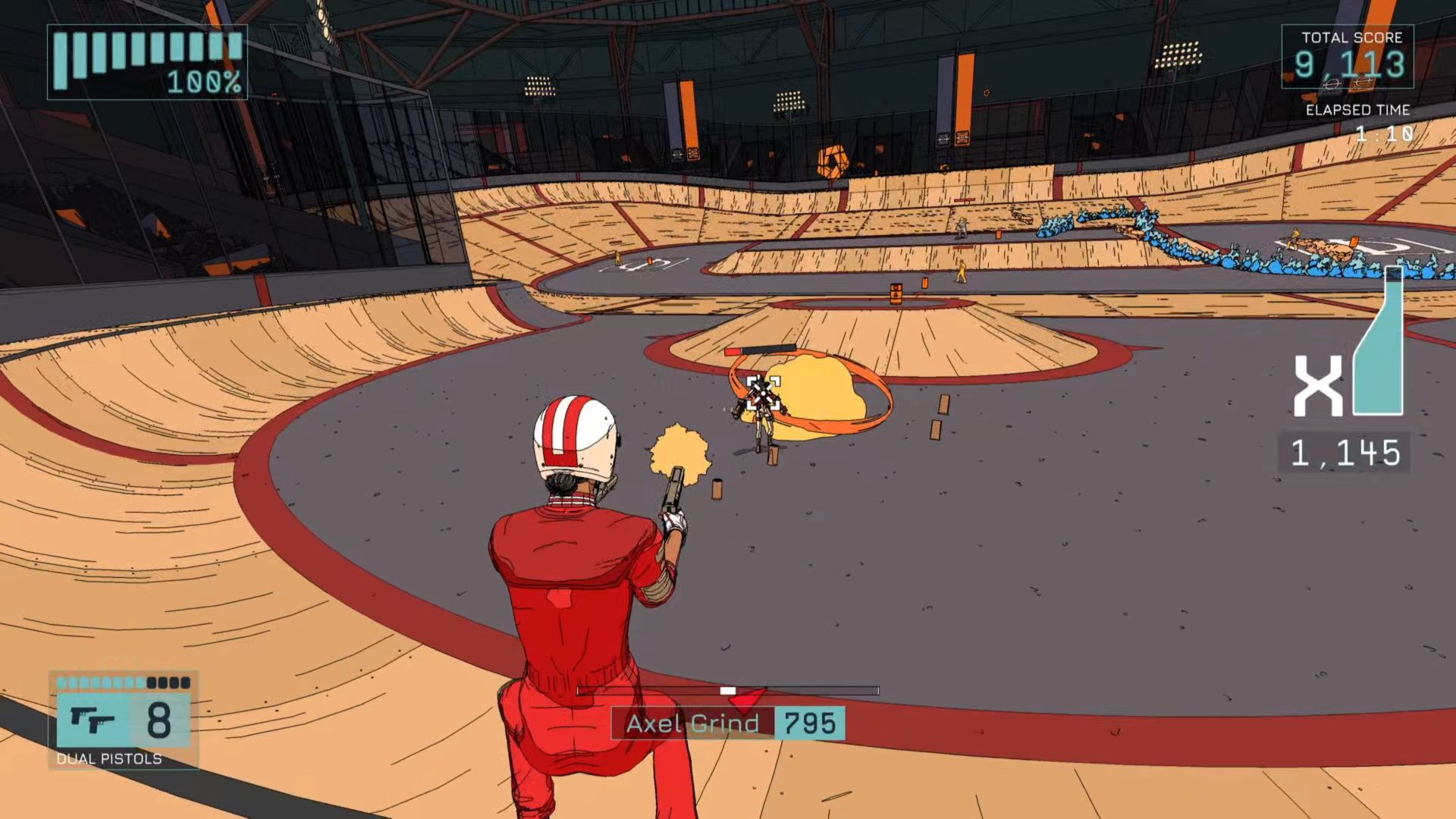 This is a pretty basic one. Just hop on a rail and press left, left, and then the grind button. Now, take any of the enemies out. You have a grenade launcher at this point, and there are plenty of Grunts scurrying around, so this shouldn't be particularly difficult.

Perform a Stale Grab 720 by the Trick Token 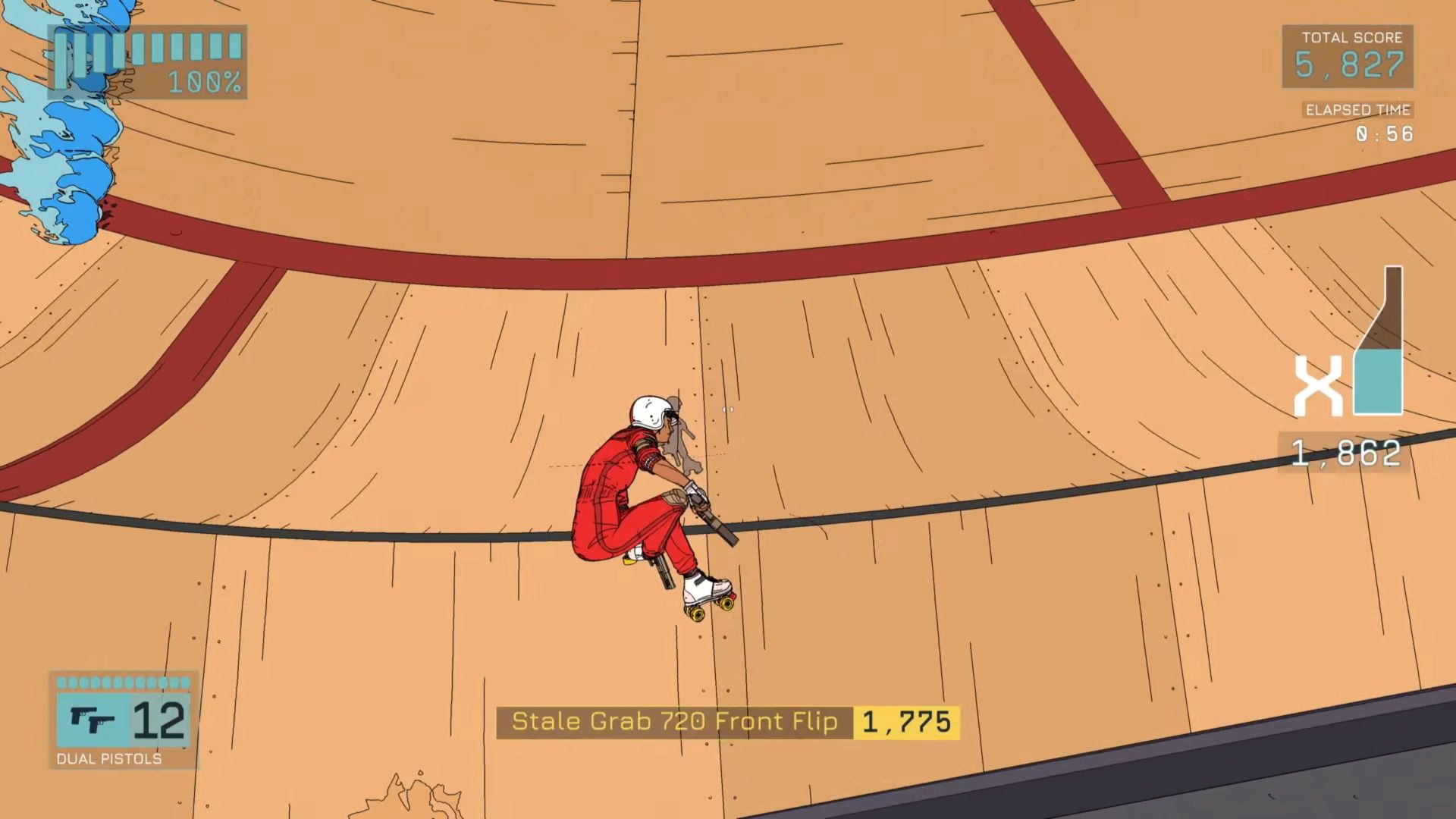 The Trick Token is hovering above the raised ramp that separates the bowl. Just hit the ramp with as momentum as possible, press left, left, grab, and hold the spin button. As long as you don't release the spin button prematurely (and there is no reason for you to do so) then you will easily get the full 720. 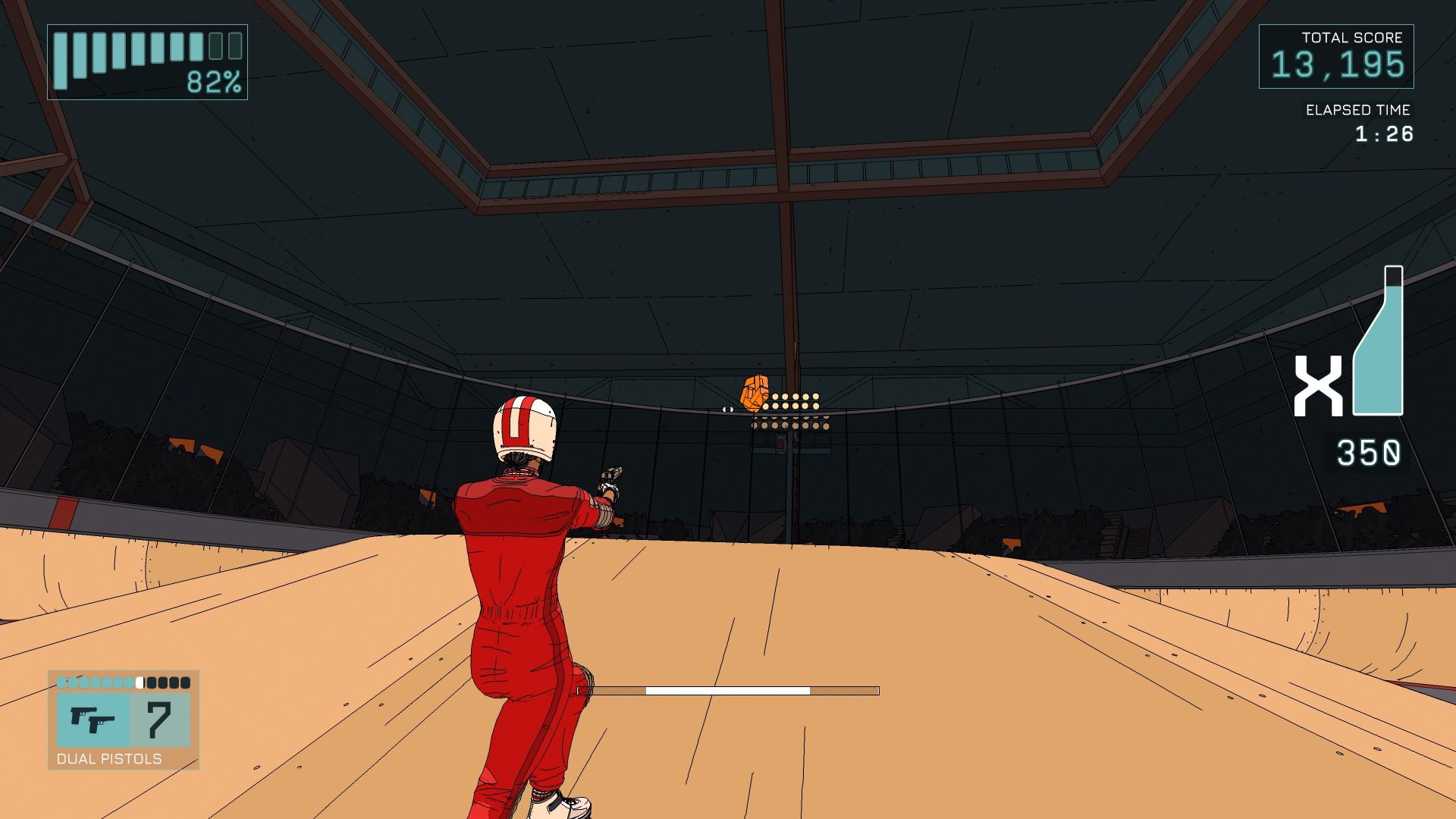 These are, by far, the most straightforward Combo Tokens in the game. Four of them are spread around the large bowl, and one of them is hovering in the center of it. Boom. Done.

How To Perform a 25x Combo 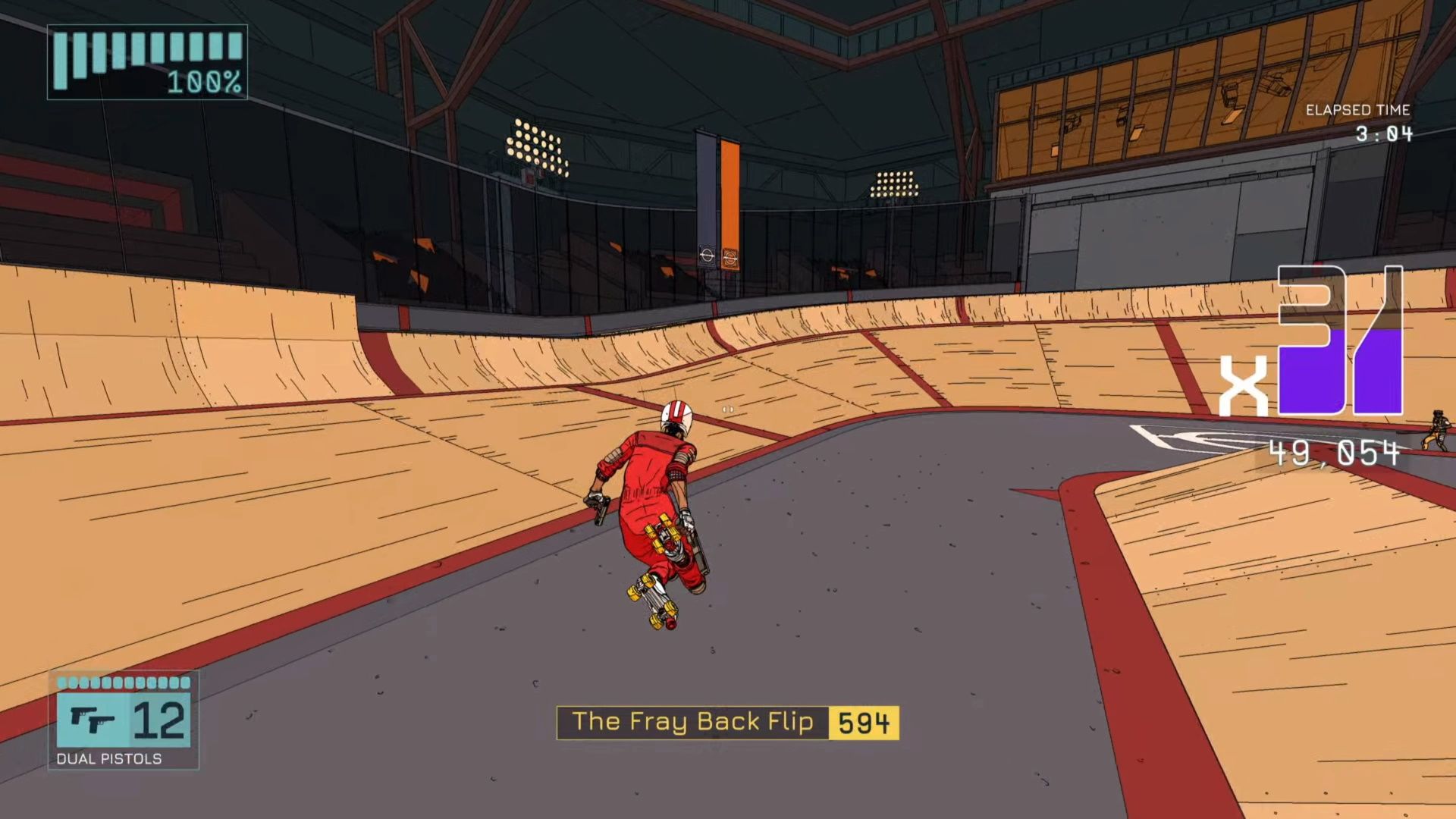 The primary things you are looking to do when chasing a 25x combo is to take out the most threatening enemies while keeping the enemies that help you enter Super Reflex Time alive. Here, you are probably going to want to focus on eliminating the Polybeams and the Warheads. These two enemy types are going to be some of your bigger hurdles, as they can fill the arena with hazards.

Just use dodge the Sniper shots when the laser turns white, and run into Land Mines and dodge as you enter into their radius of effect. This will give you an endless supply of Super Reflex Time, which you can use to very quickly kill every enemy that poses a threat.

Once you have cleared them out, then work your way through the other enemy types, avoiding the Grunts when possible. This cycle will repeat multiple times, but as long as you are clearing out those Polybeams as quickly as they spawn (and there will only be six of them) then you should be able to keep the playfield pretty manageable.

You should hit that 25x combo before the Mecha Brut even enters into the equation. Just remember, if your combo is about the run-out, start grinding the edge of the bowl and find an enemy that you can take out quickly to reset the combo counter from there.

We are going to follow the same pattern that we did in the 25X Combo Challenge section. However, here we aren't just emphasizing running that combo counter up, we also want to squeeze more value out of our tricks. So, choose a basic grab, and a basic grind, that you will use during combat to reload. We are going to save all the other tricks for when we are certain that we can get the most out of them.

Start by focusing on eliminating the Polybeams and the Warheads. Once you have taken them out, go after the Snipers. While the Snipers are excellent for helping you activate your Super Reflex Time, they, unfortunately, make it difficult to complete full tricks. Once you have taken them out, you should have a Riot Guard or two and some Grunts hanging around. Now is the time to go for some tricks!

Use tricks that you haven't already used and hold them all the way down to the ground. When your combo is getting close to ending, shoot a grunt. After you have cleared everyone out, you will face another onslaught of Polybeams, Warheads, Snipers, and Riot Guards. You are going to repeat the same steps you did the first time around.

Once you have taken out all the tougher enemies, and you are down to just Riot Guards and Grunts again, you are back to performing all your best tricks and racking up points. Also, you should start going after those Combo Tokens.

Finally, you will enter into the next phase, and this is the round when the Mecha Brut is going to show up. Deal with it right away. Two grenades in the chest, followed by a quick trick to reload, and then two more to the chest. With that over, continue what you have been doing up to this point, and make sure to get any remaining Combo Tokens.

Follow these instructions, and you will easily end this stage with millions of points.