Starting off in Romancing SaGa: Minstrel Song is significantly different depending on which main character you choose – Albert wakes up in a cozy bedroom, while Hawke starts surrounded by sea monsters.

Jamil begins his journey on the southern side of Estamir, and makes his way as a thief alongside his friend Dowd. His opening quests get pretty interesting very quickly, and he makes for a very compelling main character. Navigating Romancing SaGa's sprawling cities and complex mechanics can be tricky, so let us walk you through Jamil's first few hours. 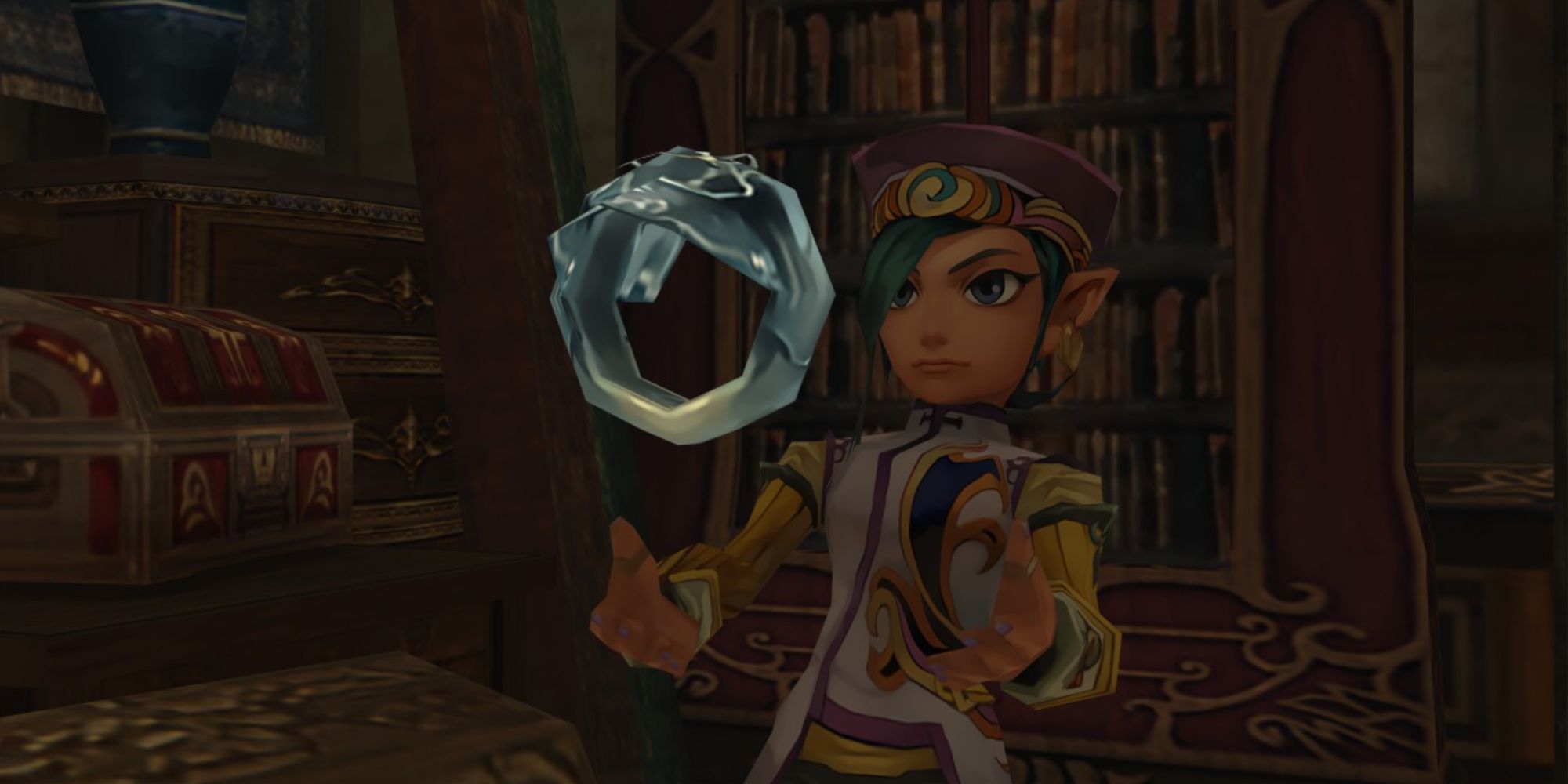 Jamil doesn't work alone – he starts off with Dowd by his side. Whether or not he makes for a worthy companion, however, is totally up to you. Let's take a look at them.

In addition to Dowd, Jamil snags a set of pretty silver bracers in the opening cutscene. 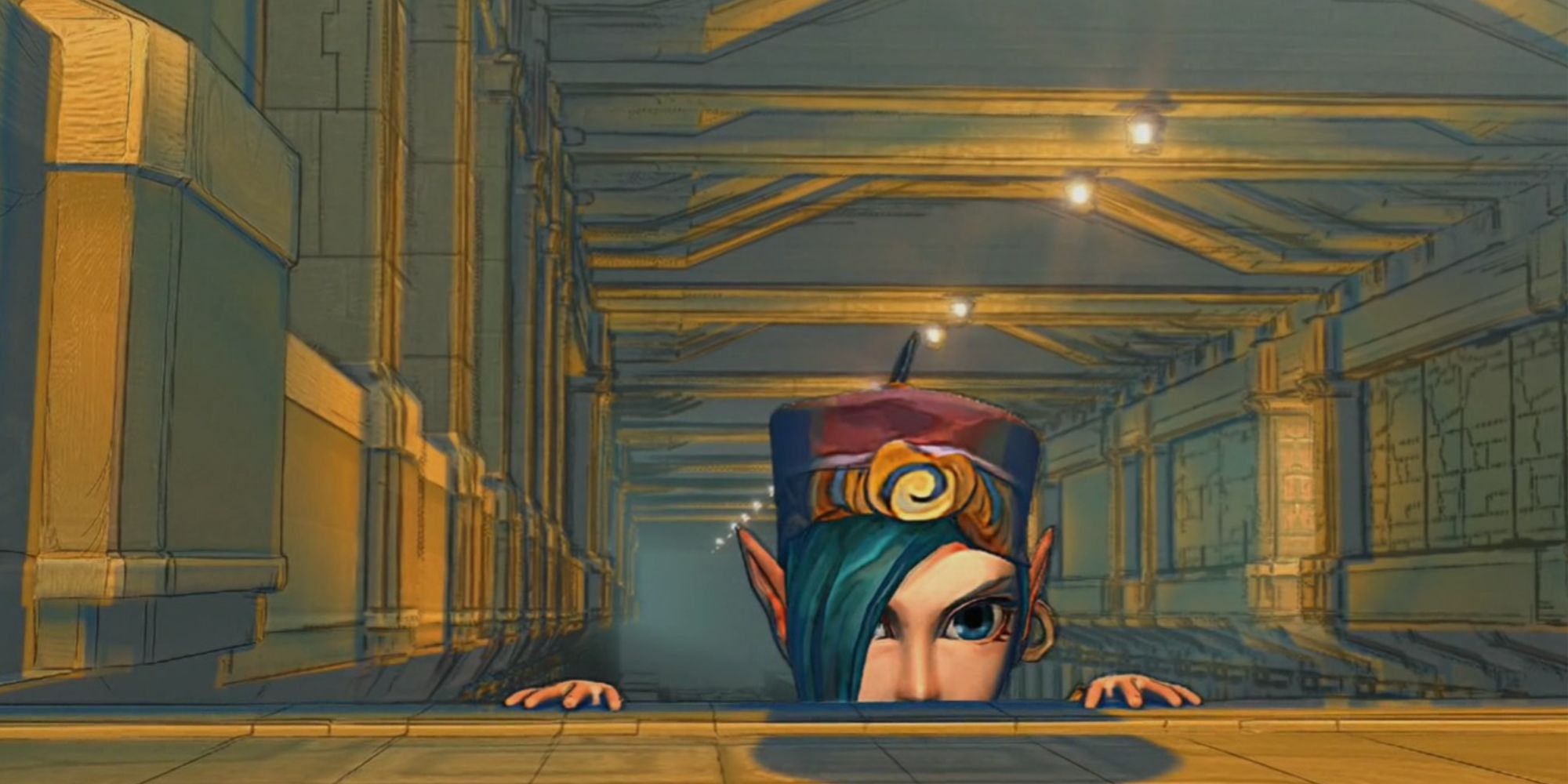 The only thing you can do when you begin the game is explore South Estamir. Chat with everyone, and consider giving them money when they ask – it's only pocket change and there's no harm in it!

The children and thugs walking around the town will either beg you for gold or threaten you for it if you talk to them – avoid them. Thankfully, they won't chase Jamil as they would other characters.

When you talk to Farah, who you can find near the Blacksmith and her house, you can give her the Silver Bracers that you picked up in the opening cutscene. They'll only sell for a measly 125 gold, but that's not atrocious at this point in the game – you'll have lots of ferries to pay for soon.

Once you've spoken to Farah, head to the pub and talk to the woman behind the bar. Say you enjoy hard work and then talk to the man on the right side of the bar. You'll get your first quest of the game: Wuhan's Secret. Wuhan is 'amassing a collection of women' – time to find out what's going on.

Before you leave the pub, talk to the Minstrel there. Hear his song, then leave and return. When talking to the Minstrel now, he'll offer to dismiss a party member for you – decline for the moment and instead get him to play a song for you constantly until he joins your party. He'll leave every time you enter a pub, but he's handy to have around at the moment. 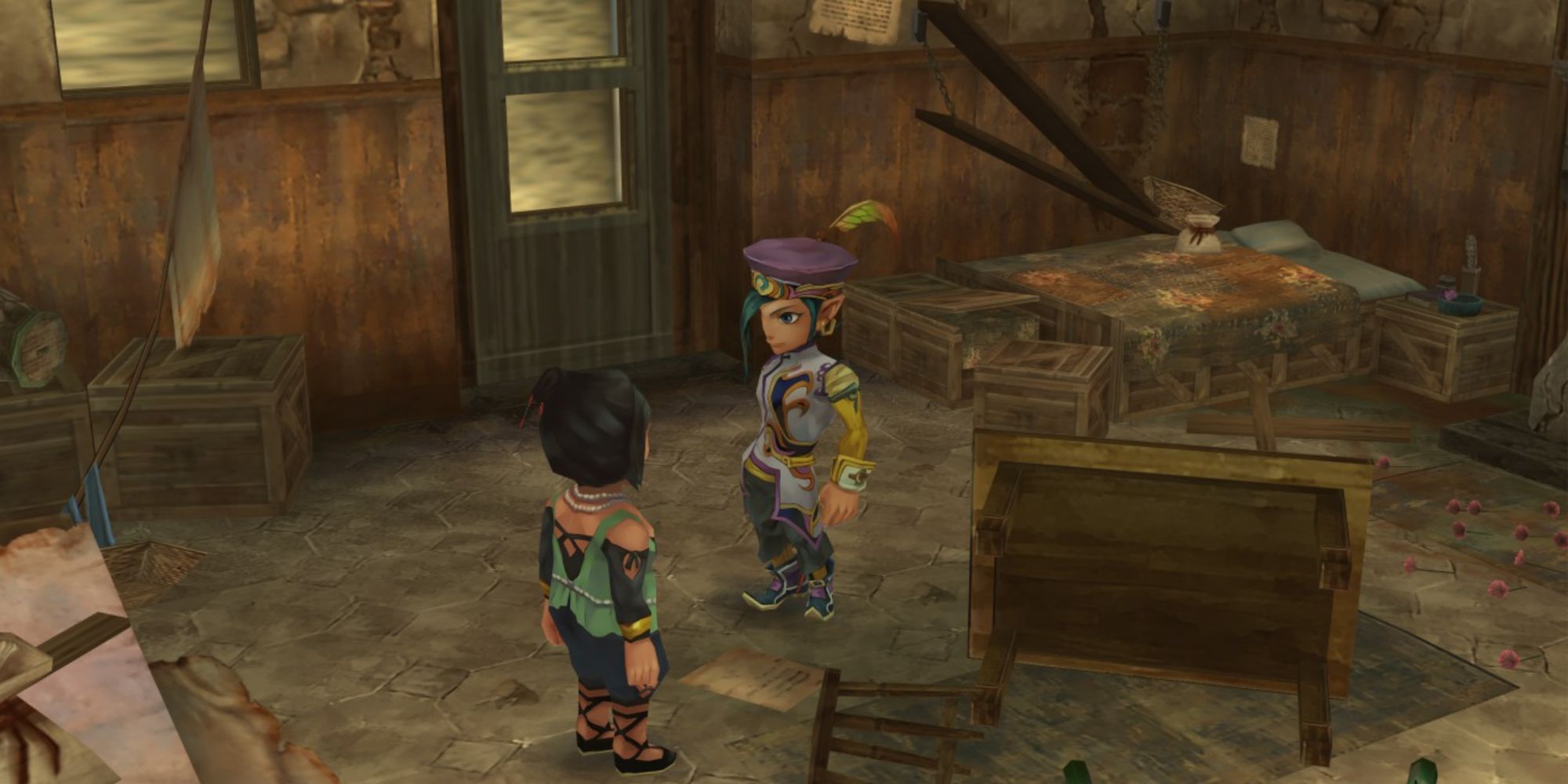 Firstly, head back to where you spoke to Farah and enter her house – talk to her mother to find out that she's been taken by Slave Traders. You can find their den on the north end of town, to the left of the magic shop. Talk to the Slave Trader inside and you'll automatically fight him. Once the battle is over, you'll find out that Wuhan's secret location is inside the Temple of Amut in North Estamir – and that they only let women in. Jamil has a solution for that, of course. 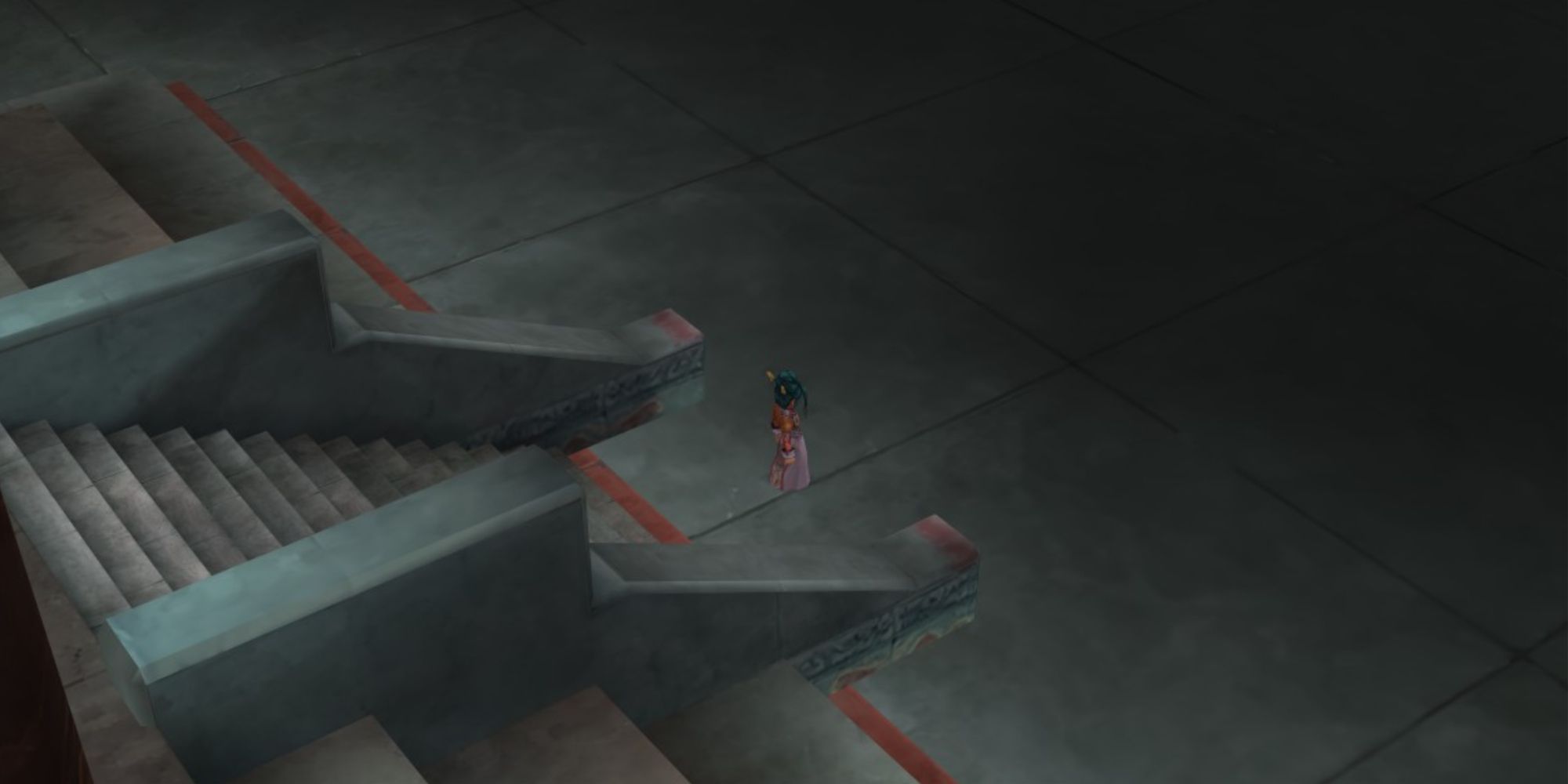 Once Jamil is in drag, head to the small ferry just to the right of the magic shop and pay ten gold to get over to North Estamir. You'll find the imposing temple on the western side of this half of the city – enter, head up the stairs in the center, and then down the stairs on the right. 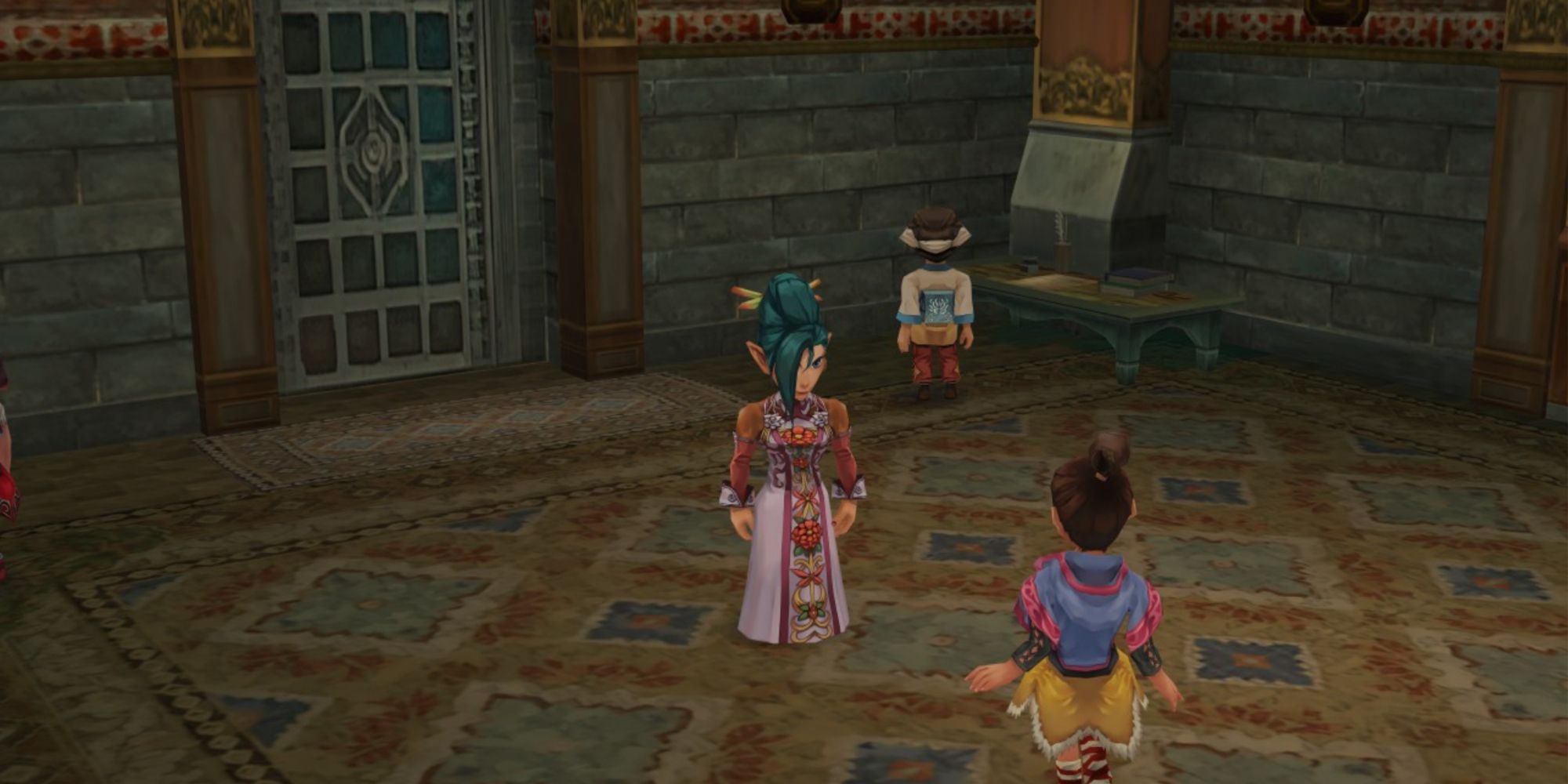 Inside the Temple's Secret Room, talk to Farah. After the short cutscene, you'll end up in a fight with two of Wuhan's thugs. This should be a very easy fight, and with any luck, Jamil will glimmer some skills.

After the fight, Wuhan will beg for his life. What you do with him is totally up to you. Letting him will net you larger rewards in quests down the line, but can you forgive such an act? Give him the thumbs down if you want to finish him off.

If you decide to kill Wuhan, don't hold back with any skills you've learned. Wuhan can cast Hydrology spells and they will likely one-shot either Jamil or Dowd. It may take several attempts before you get the right luck to win.

Regardless of how you deal with Wuhan, you'll be transported back to Farah's house. Talk to Farah to get a reward of jewels, and then return to the South Estamir pub to get your reward from the man who tipped you off in the first place for a nice 2,500 gold prize. With that, Jamil's first quest is over and the world is his oyster. 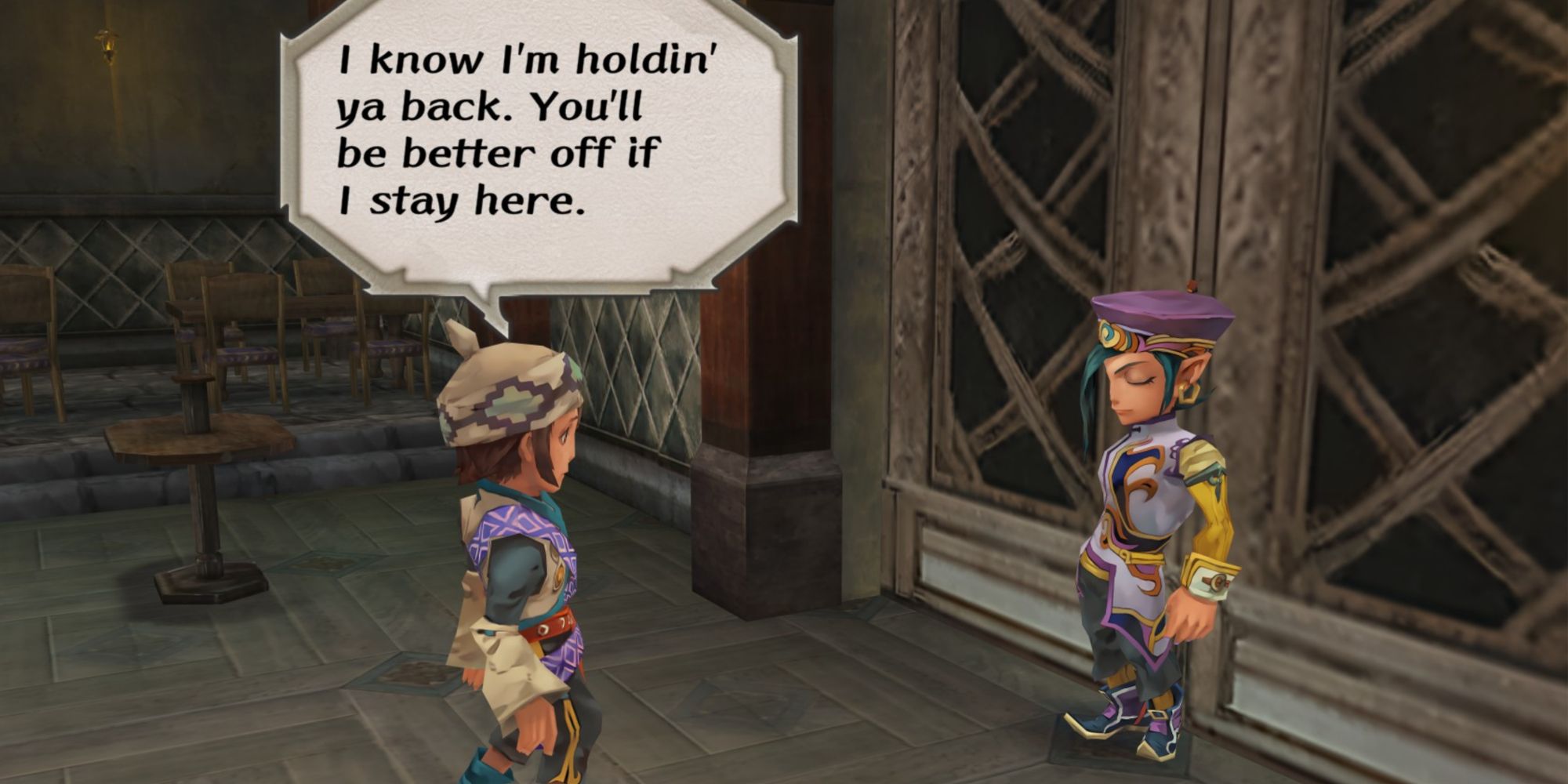 As with any playthrough of this game, the first step once the game opens up is to unlock more locations. To do this, you need to either take ferries to new places, talk to certain NPCs, or recruit important characters. That last way is the best way to unlock many places at once.

The most important characters to recruit to unlock the rest of the game are Barbara and Sif. You'll find them at bars.

From here, unlocking more locations should be quite easy. Just talk to everyone you meet, take ferries, and complete quests that you come across. As Jamil has only two forced fights in his prologue, your Event Rank should have stayed low enough to take on the Unsettling Settlements quest and other low-rank, fast-expiring quests. Check our Event Rank guide for more information.