Sailing in the beautiful world of Sail Forth is calm and relaxing until you start meeting different strongholds of the Skull Clan. This clan has captured many areas of the world and they'll be the most common enemies you'll be fighting. There will also be times when you have to save other ships from getting destroyed by them.

You'll get a taste of what you're up against on your second island in Sandy Shores since the game will put you against a Skull Clan Fort. From that point, you have to constantly upgrade your fleet and give it more firepower if you want to stand a chance against their growing numbers.

How To Defeat Skull Clan Forts 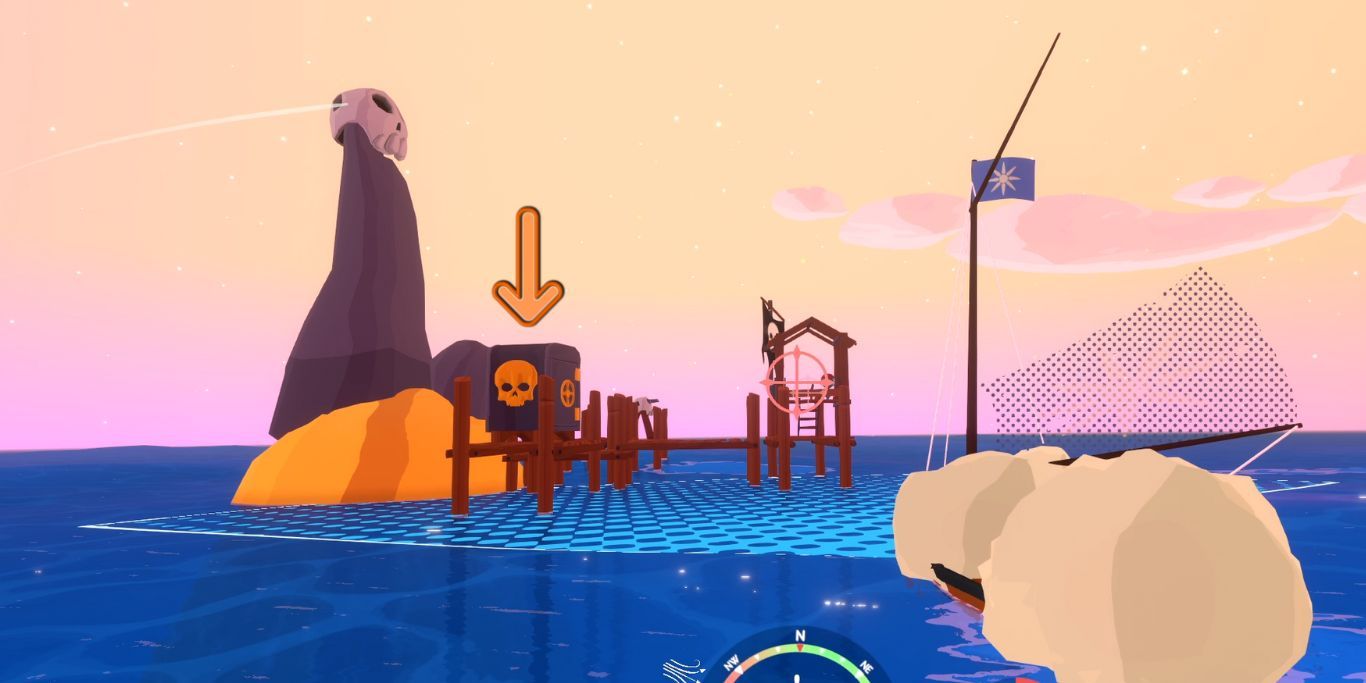 The first time you get introduced to the Skull Clan, it will be at a fort. If you want to get the map fragment for your next island, you'll have to defeat this fort. Skull Clan forts are quite common on the horizon of Sail Forth and you can usually have two to three of them in one set of islands.

The Skull Clan forts are marked with a small skull on top of a box on the world map. You can either get these markers by getting a bunch of map fragments or by simply exploring different islands.

Once you locate a fort, you'll most likely see a giant skull sitting on a rock structure, as shown in the picture above. This will be connected to a port that will have multiple small towers with Skull Clan members in them. They'll start aggressively attacking you as soon as you get in their range.

To defeat the Skull Clan fort, you'll have to get rid of every single tower connected to this port by shooting your cannons at them. Once you've defeated all the towers, the game will zoom in on the box with a yellow skull on it. This box will give you a bunch of wooden planks and a map fragment in some cases.

As you progress in the game and get to the further sets of islands, the Skull Clan forts will start having more towers. It's recommended to keep moving your ship while you're fighting these forts since it makes you an easier target if you stay still.

How To Defeat Skull Clan Vessels 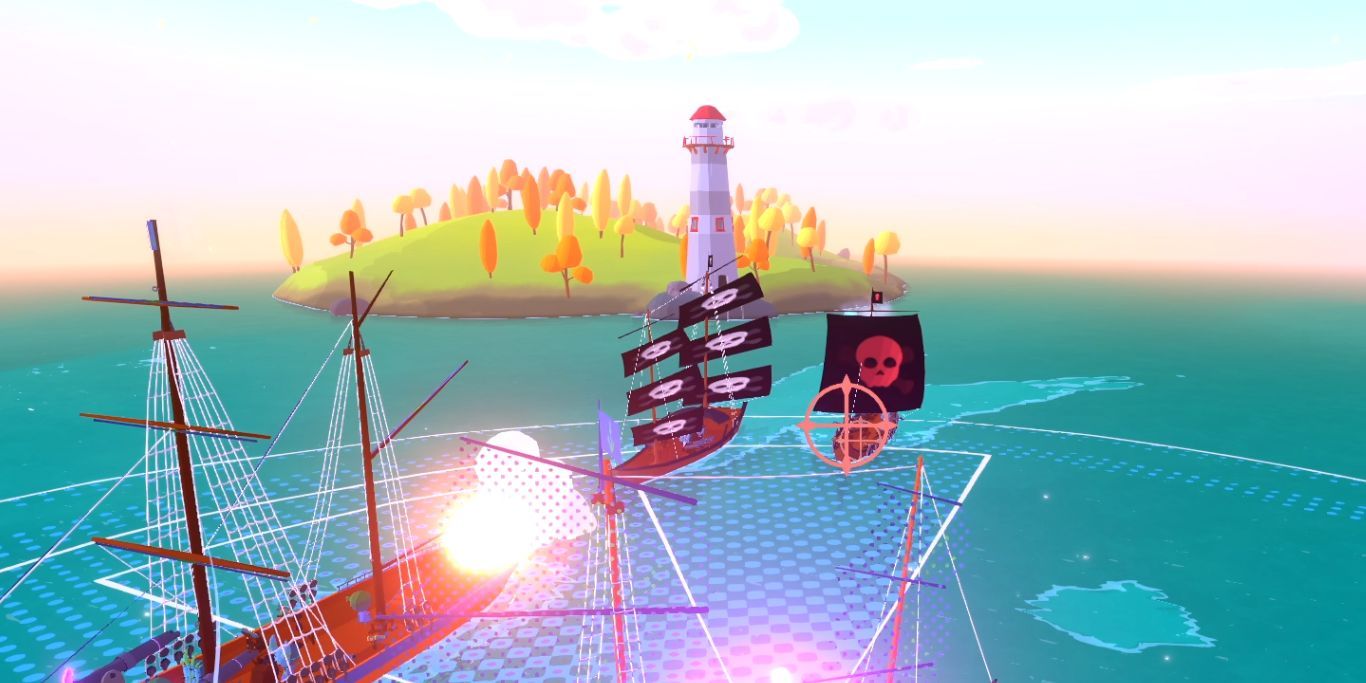 You will find Skull Clan on almost every single island you visit, and the Skull Clan vessels will be the most common type. As the name suggests, the ship mark with a skull on top of it on the world map signifies the presence of ships controlled by the Skull Clan on a certain island, and your job is to defeat them.

In early areas like Sandy Shores, you might only find one or two of these ships on the same island, but their numbers grow exponentially as you progress in the game. There will be times when you'll be fighting over four ships of the Skull Clan at the same time.

The best strategy to defeat these ships is by getting close to them and then slowly rotating around them as you constantly shoot your cannons. This will also encourage the other ships in your fleet to come around and help you in battle. If you're fighting multiple enemy vessels, isolating them can be helpful.

You can do this by running one of the ships into an island as the other ships sail past you. If you do this successfully, you can stop your ship out of the enemy ship's cannon range and bombard them with your cannons. The Skull Clan vessels get tankier and gain more speed in further areas.

Harpoon Gun can be unlocked during the main quest of Sandy Shores, and it's going to be your best friend against Skull Clan vessels. Not only does it stop the enemy ship from getting away, but it also lets you board their ship and defeat them in melee combat.

If you're able to take over the enemy ship successfully, you can either add it to your fleet or disassemble it for a lot more rewards. Both of these actions will also give you a Vessel Blueprint if you didn't have that vessel.

Whenever you sink or take over an enemy Skull Clan vessel, their crew members will start swimming in the water. You can pick these crew members up and add them to your boat to get an Attack Strength of five percent. This is one of the best buffs for combat in Sail Forth.

How To Defeat Skull Clan Shrine 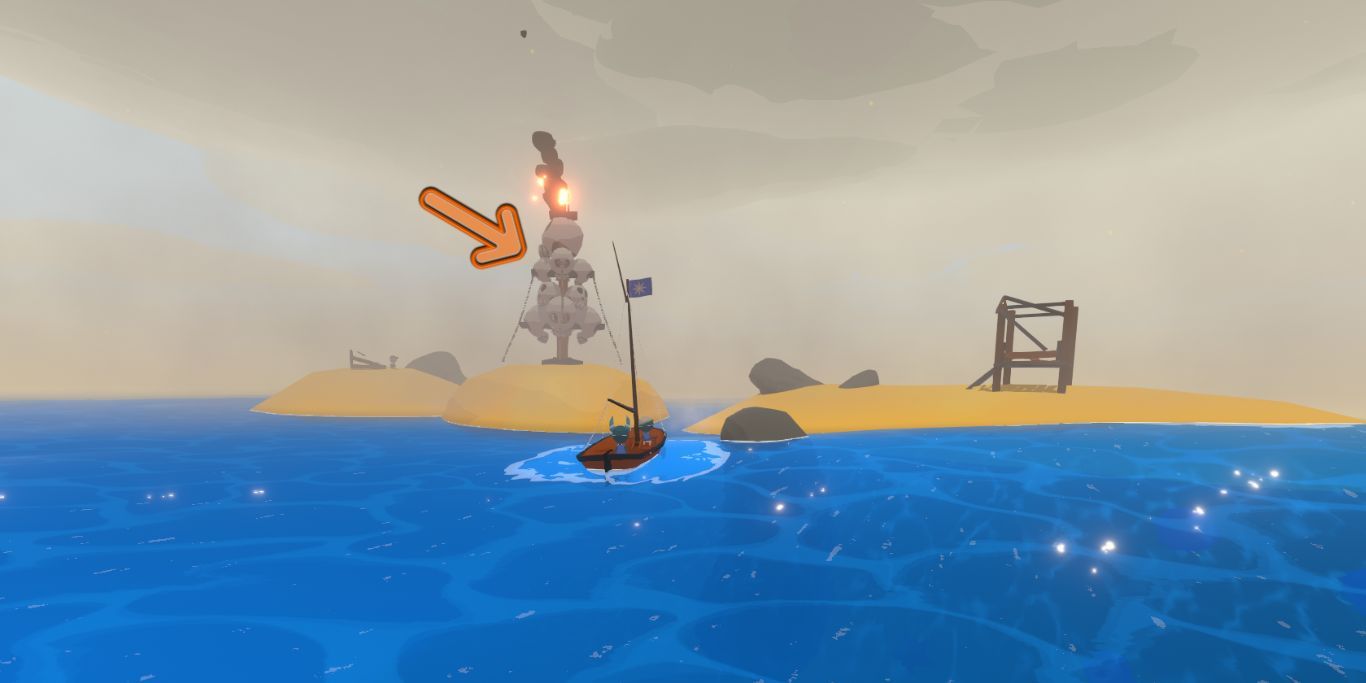 The Skull Clan shrine is the rarest stronghold belonging to the Skull Clan in Sail Forth. Only one of these will appear in every set of islands since they give you a Light Prism, which is a rare item. You can exchange this Light Prism for Lumenade at the lighthouse, but you'll have to go through a hard fight.

The first Skull Clan shrine will be easy since it won't have a lot of enemy towers guarding it. Although, the shrines that you come across in late-game areas will be heavily guarded. To defeat this stronghold, you have to break the giant mountain of skulls that is clearly visible when you get near a shrine.

While you can directly target the skull mountain, this is not recommended on late-game shrines because the surrounding towers will demolish your ship quite fast. It's better to take your time and get rid of all the towers before going to the mountain.

Apart from all these strongholds, you can also find random towers with a few Skull Clan members on them. Defeating these towers can give you up to 200 wooden planks, which makes it worth your time. Moreover, these towers can spawn randomly at any location.