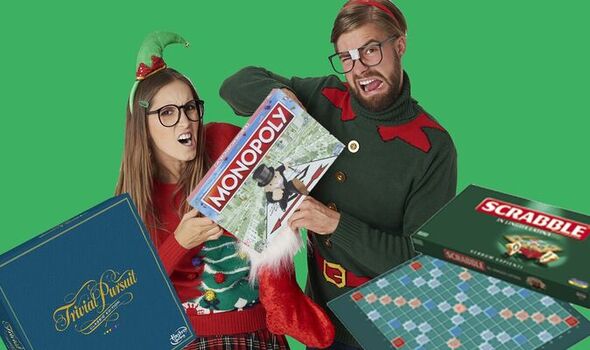 Proving that the classics are still the best, Monopoly remains the most popular board game to be played by families at Christmas. Based on the findings of a new survey, however, a game of Monopoly might not be the best thing to play during the festive period, especially if you want to avoid arguments and have a happy Christmas.

A recent survey conducted by UK retailer GAME revealed that Monopoly is the most popular board game in the UK, with 37% of voters admitting to playing the game over Christmas.

It’s way ahead of fellow classics like Scrabble and Trivial Pursuit, which received 18% and 15% of the votes, respectively.

On the flipside, however, more than a third of UK residents (35%) said that Monopoly is the board game most likely to start a family argument over Christmas. Unsurprisingly, the odds are even higher in families with teenage children.

Monopoly even caused squabbles among the Royal Family, with the late Queen reportedly banning the game from being played in her presence.

The arguments might have stemmed from the fact that many of us don’t actually play by official Monopoly rules.

A previous report highlighted some of the most common made-up rules in Monopoly. This includes skipping auctions, buying hotels early and not collecting rent while in Jail.

The Infinity Game Table contains 40 popular board games, which are playable on a swish 32-inch touchscreen.

If you’re looking for some board game recommendations this Christmas, then HeroQuest should be near the top of the list.

Popular in the late 80s and early 90s, HeroQuest is a fantasy role-playing game for 2-5 players. One person controls the villain Zargon, while the others control the Barbarian, Dwarf, Elf, and Wizard characters.

If you’re looking for something a bit more family-friendly, then you can’t go wrong with games like Carcassonne, Settlers of Catan, 7 Wonders, Ticket to Ride, Pandemic and Splendor.

Alternatively, if you’ve got money to spare, then you should try the Infinity Game Table. The swish gaming table comes with over 40 built-in games, which are playable on a 32-inch touchscreen.

Games include classics such as Game of Life, Monopoly, Scrabble and Trivial Pursuit, as well as Guess Who, Battleship, Chess and Operation. The fact that it’s impact and water-resistant means you can even use it as a regular coffee table.