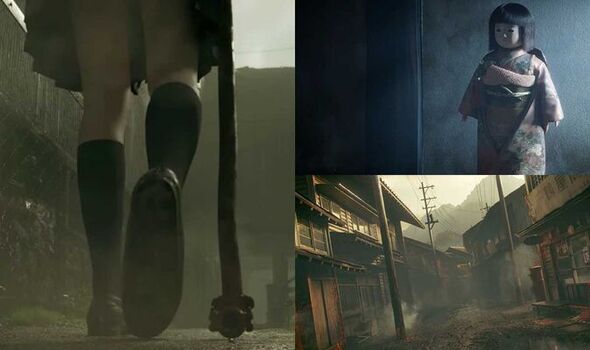 After years of rumours and speculation Konami this week finally announced the news survival horror fans had been dreaming of – the return of Silent Hill. This widely tipped comeback was announced during the Silent Hill Transmission broadcast on Wednesday, with multiple new games in the works including a Silent Hill 2 Remake being developed by Bloober Team for the PS5 and Steam. The next mainline Silent Hill game was also announced following much speculation over who is involved in the project.

This game – which is called Silent Hill f – was revealed with a creepy teaser and has some names attached to it you may not be familiar with.

Silent Hill f is being made by NeoBards Entertainment with the story by Ryukishi07.

NeoBards are a Tiawanese developer whose previous work includes Resident Evil Resitance and ReVerse, while Ryukishi07 is the author behind the When They Cry visual novels.

Fans familiar with the When They Cry series are excited to see what Ryukishi07 will do with such a big IP, while for NeoBards the new Silent Hill game will undoubtedly be their biggest project yet.

But for those not familiar with these works, or anyone that had been hoping a developer like Kojima Productions were involved with the return of Silent Hill, one insider has some positive news.

This insight into Silent Hill f comes from Dusk Golem, who earlier this year leaked images of Silent Hill 2 Remake and the Silent Hill ‘Sakura’ project.

Speaking about what to expect from Silent Hill f, Dusk Golem posted on Twitter: “I’ll just say I’m really excited for Silent Hill f. I predict it’ll turn out very good. Still a lot more to see as for now we essentially have a teaser trailer.

“For people doing developer fearmongering with Neobards, NeoBards are more just a team that’ll develop what they are told to make, for Resident Evil they’ve been a support studio & behind multiplayer efforts, but that’s because that’s what Capcom wanted them to do. They’re working with a team of creatives in Japan to make the game.”

While responding to one fan’s concerns about the project the leaker added: “NeoBards was not the creative team on RE:Verse, nor are they on Silent Hill f. They’re just a developer house that get hired to work on what people pay them to make (they’re actually pretty talented). Ryukishi07 (Higurashi/Umineko) is writing Silent Hill f’s story, kera is a Japanese artist who is doing creature & character design, Motoi Okamoto (Luigi’s Mansion, Pikmin) is producing (also producing SH2 Remake), more staff to be announced. But basically there’s a “creative team” & a “development team” on SHf.”

This was confirmed by the Konami Twitter who shared the trailer alongside: “The official reveal trailer for SILENT HILL f follows a completely new story set in 1960s Japan written by Ryuukishi 07.”

It’s thought Silent Hill f is still a few years away, but fans could get an early preview of it soon.

The ‘Sakura’ project that Dusk Golem previously leaked is thought to be related to Silent Hill f and could be a mysterious Silent Hill title called ‘The Short Message’ which recently was rated in South Korea.

According to the rumour mill, this could act as a PT-style teaser for Silent Hill f, giving fans an early demo to build hype in the same way that iconic PS4 demo was released ahead of the now defunct Silent Hills launching.

And seeing as this has already been rated, it’s thought a release for this potential Silent Hill f teaser is imminent, potentially announced at an upcoming PlayStation Showcase and then released the very same day.