Sniper Elite 5 is a lot of fun, both due to its innovative gameplay and stealth objectives that offer multiple ways to tackle the mission at hand. There are so many things to discover, especially if you're the type that needs to tick-off every optional objective mission.

There are nine missions in total, and although Rubble And Ruin isn't technically the last one, it is the final proper mission of the game. Rubble And Ruin is a straightforward mission for the most part, but there are a few places where you may need a few tips on your first playthrough.

How To Start The Rubble And Ruin Mission 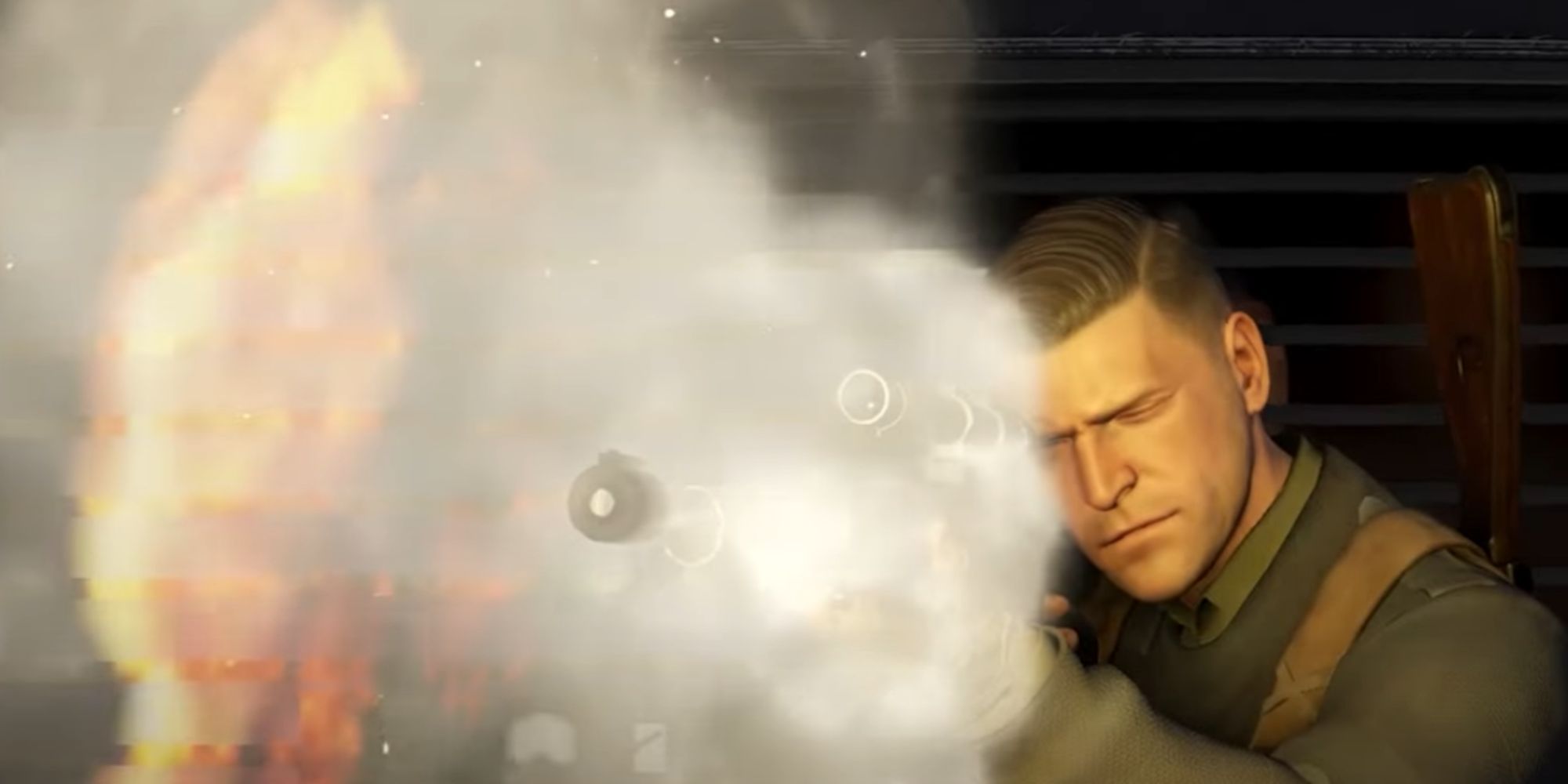 Start Sniper Elite 5 on your preferred console and once you're on the main menu, hit the Campaign option. You can select the Rubble And Ruin mission if you've unlocked it. From here, a settings menu will appear where you can customize the difficulty, along with other important settings. Make sure to turn off the Axis Invasion option if you don't want other players to invade during your mission.

Upon spawning in, you'll see a city torn apart, with many buildings in ruin. You need to make your way north through the city until you eventually reach your first objective. There are many routes to take, and all of them are viable, but you'll need to prepare for stealth combat, as there are dozens of soldiers throughout the town. 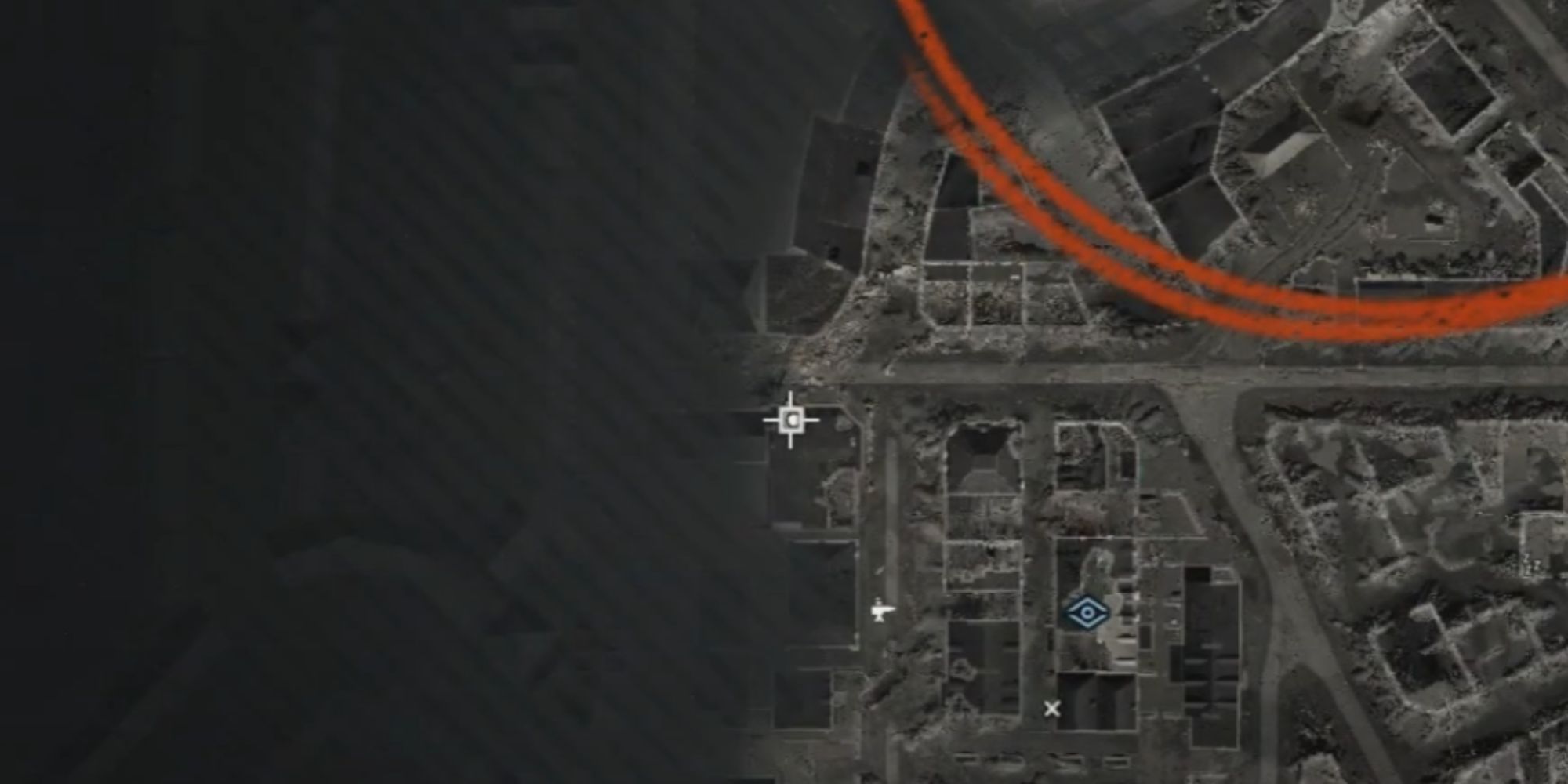 Before doing anything else, travel left to come across a building, which you can locate on the map above by looking for the white square. You can grab a pair of Bolt Cutters after climbing to the top floor via the interior. You will need this tool later. 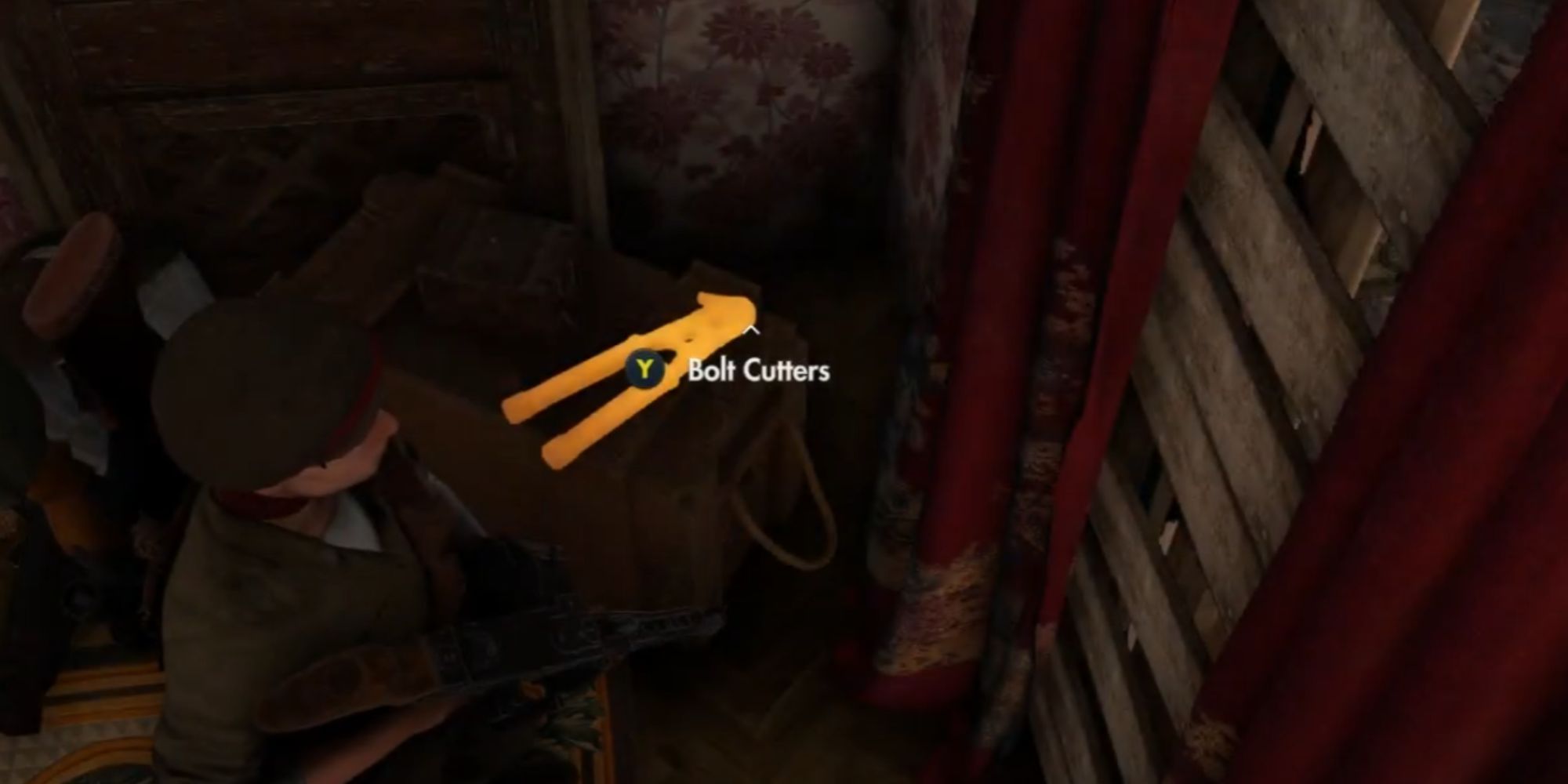 After grabbing the Bolt Cutters, travel through the corridors and hide behind barricades when necessary. Slowly advance to the southeast section of the city while defeating enemies using melee stealth attacks and silenced weapons – so that you don't raise any alarms.

Before heading to the sewers, you can complete a side objective tasking you to destroy the Nazi communications. Travel to the location on the map above, which will lead you to a radio beacon and a two wires holding it up. You need to cut both wires with the Bolt Cutters you picked up, so that the beacon will fall down.

There are soldiers patrolling in the area, but there's also tall grass that you can use to kill them with melee attacks after whistling to lure them into the foliage. 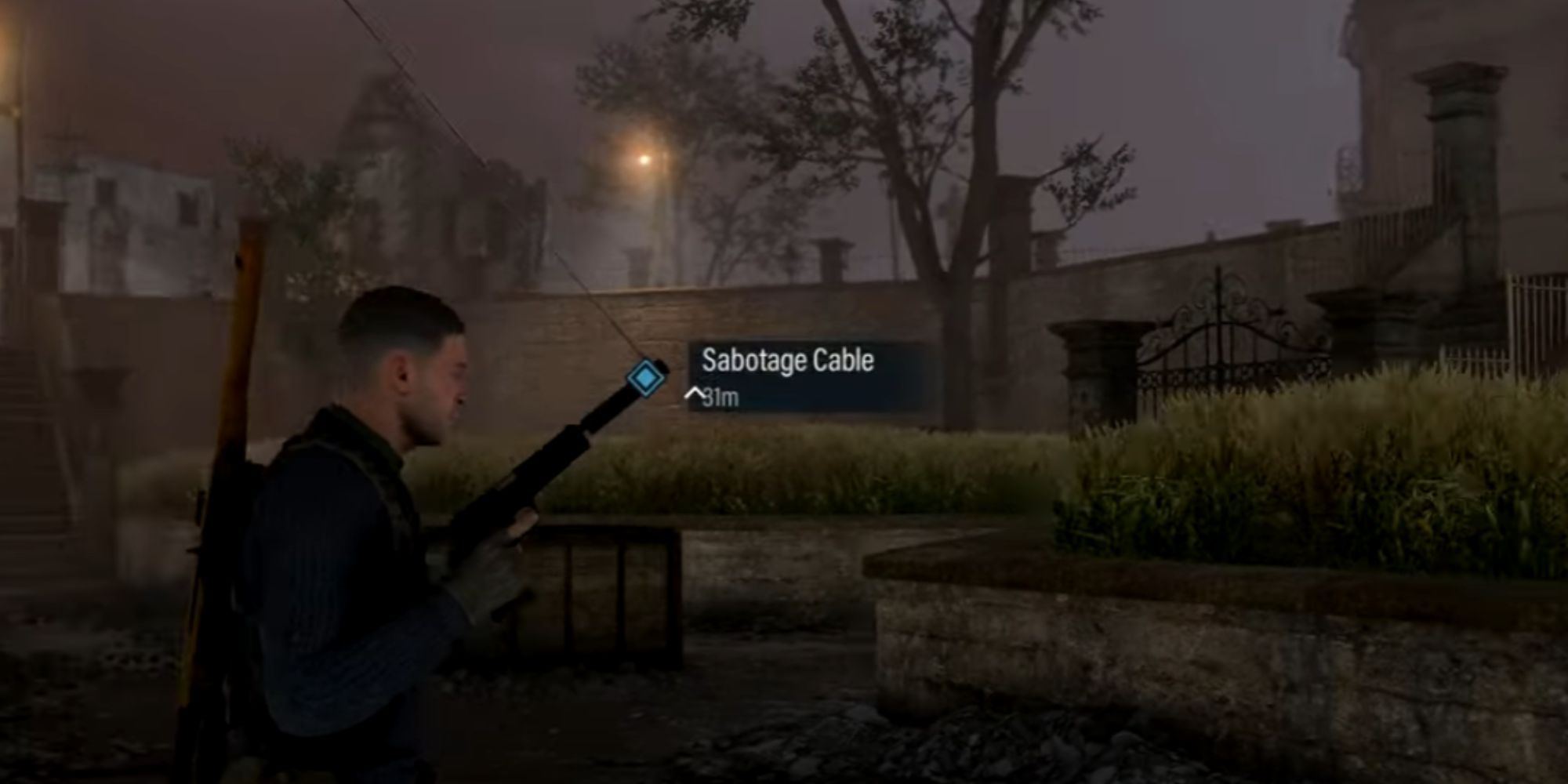 Alternatively, you can also disable the Nazi radio equipment instead of cutting the wires. Travel to the same location above, then sneak in through the nort-facing door of the large building. There will be up to three soldiers patrolling around the northern side of the exterior at any given time, so you need to whistle or throw bottles to lure them away from others, then use melee attacks.

You'll encounter three desks with radios in the interior, which you can interact with to destroy them. All three desks are within a few meters of each other, with the most prominent one being toward the back of the room. 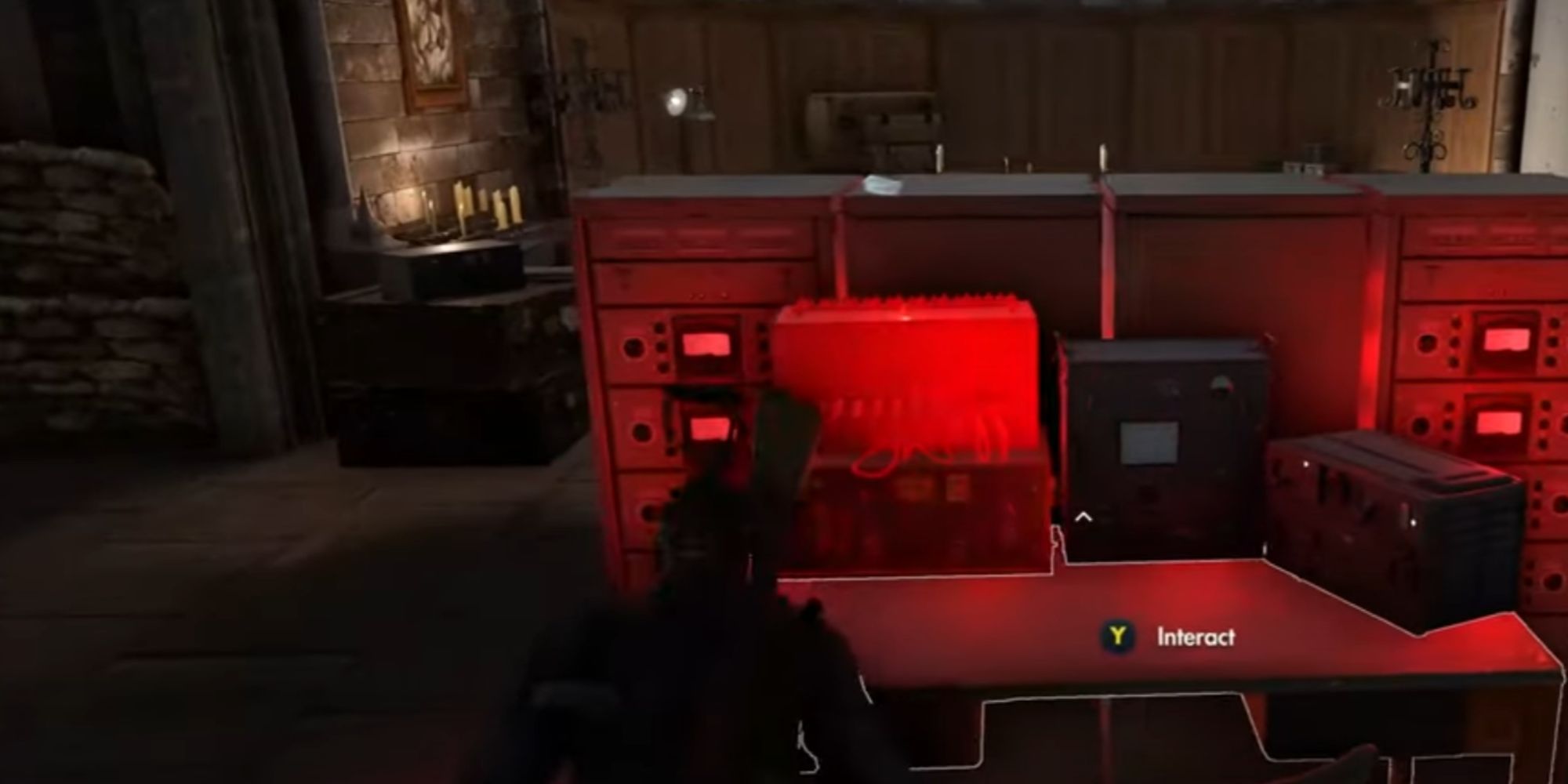 Since there are multiple soldiers walking around the area, you may encounter them near the desks. If so, use melee attacks to defeat them while their backs are turned. There's also a ladder you can climb up at the front entrance, which allows you to pick off the enemies from above using a silenced weapon. 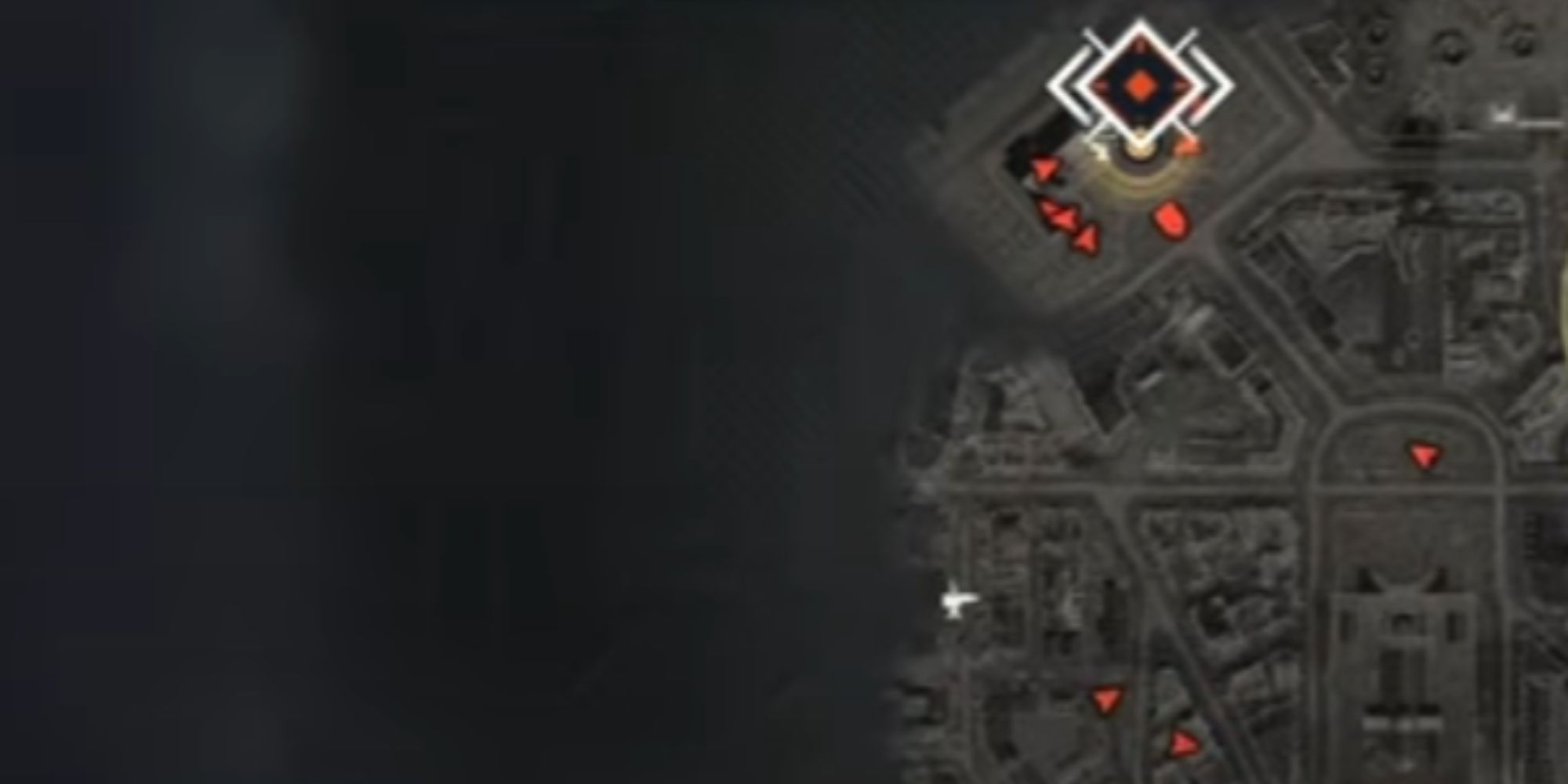 From the radio tower, travel northwest to the location above. You'll eventually come across a town hall, like the one on the map. If you want to complete the extra objective, then you need to equip the Type 100 gun and kill Yoshikawa with it. 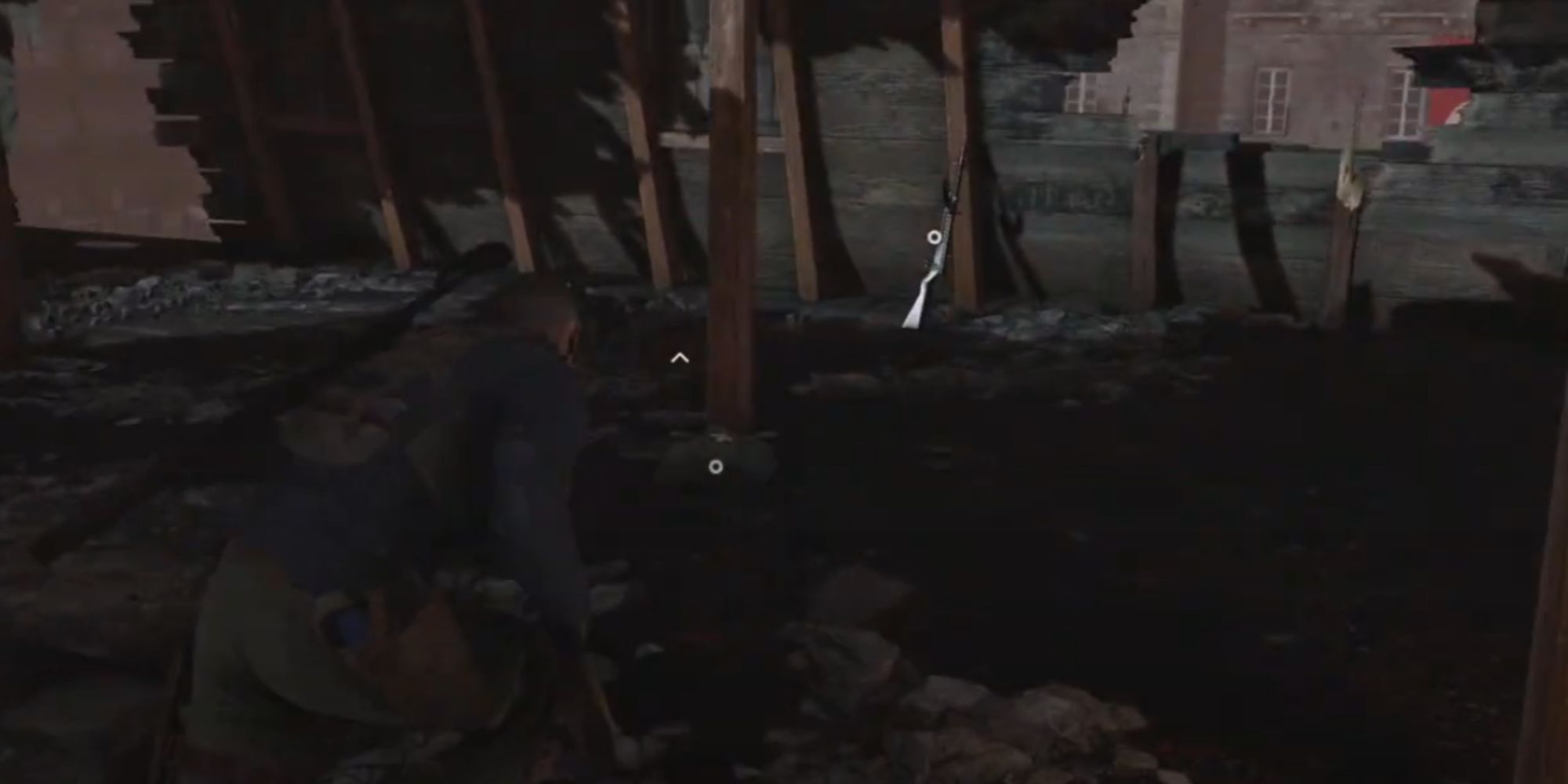 You can enter the town hall through a giant hole in the wall on the southeastern side of the building. There are soldiers patrolling the townhall, but you can pick them off using your rifle before getting close. Searching the dead or incapacitated enemy on the southwestern side of the townhall's hole is how you can obtain the Town Hall Office Key. After the soldiers near the hole are dead, sneak over and walk through it. 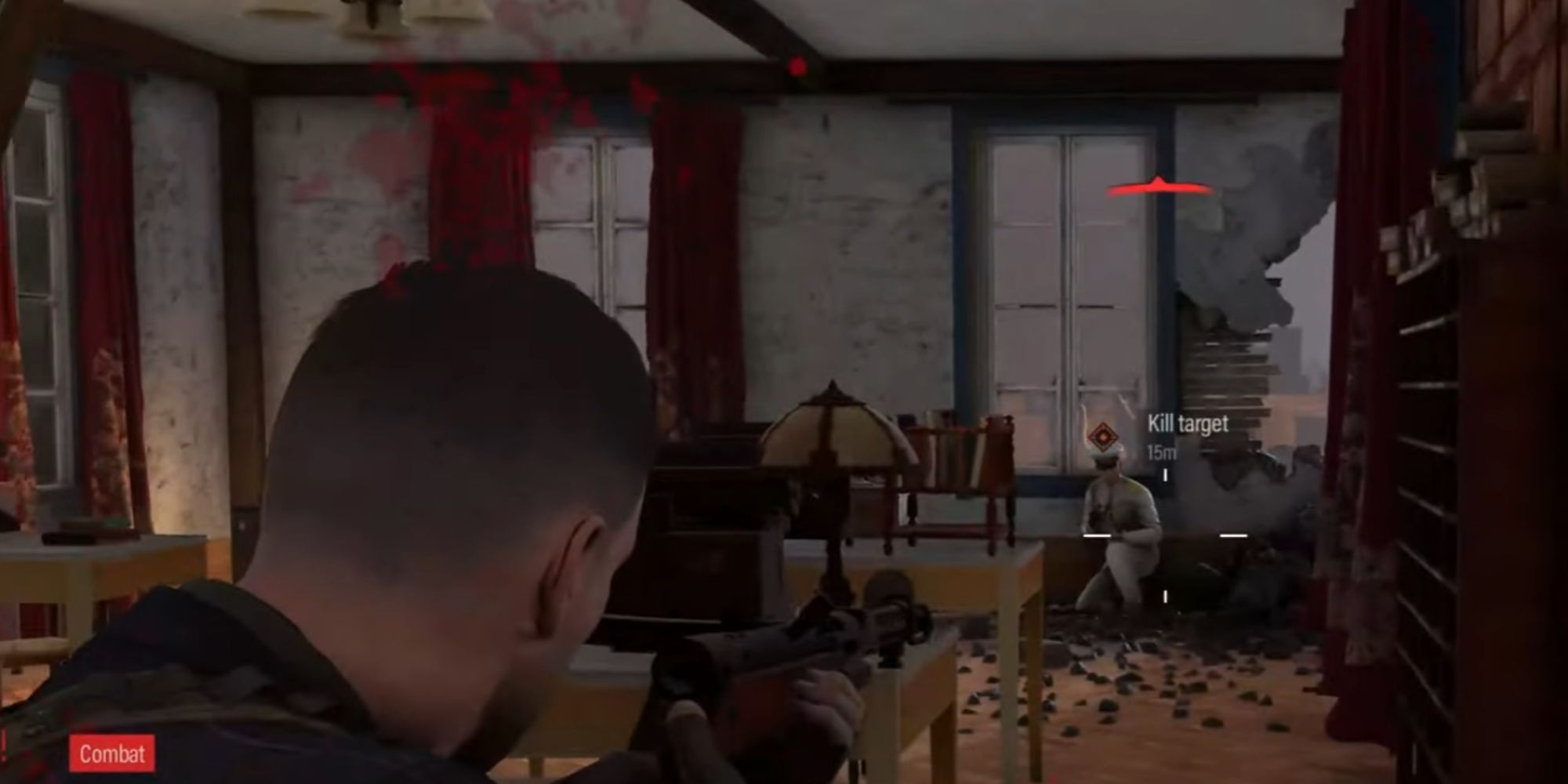 Walk up the staircase in the middle of the room, then turn right and open the door using the Town Hall Office Key. Head straight through this door after opening it, and kill Shinji using the Type 100 or a different gun. There's a second soldier on the left side of the final room, so take caution to neutralise him as well, before heading northeast to the sewers. 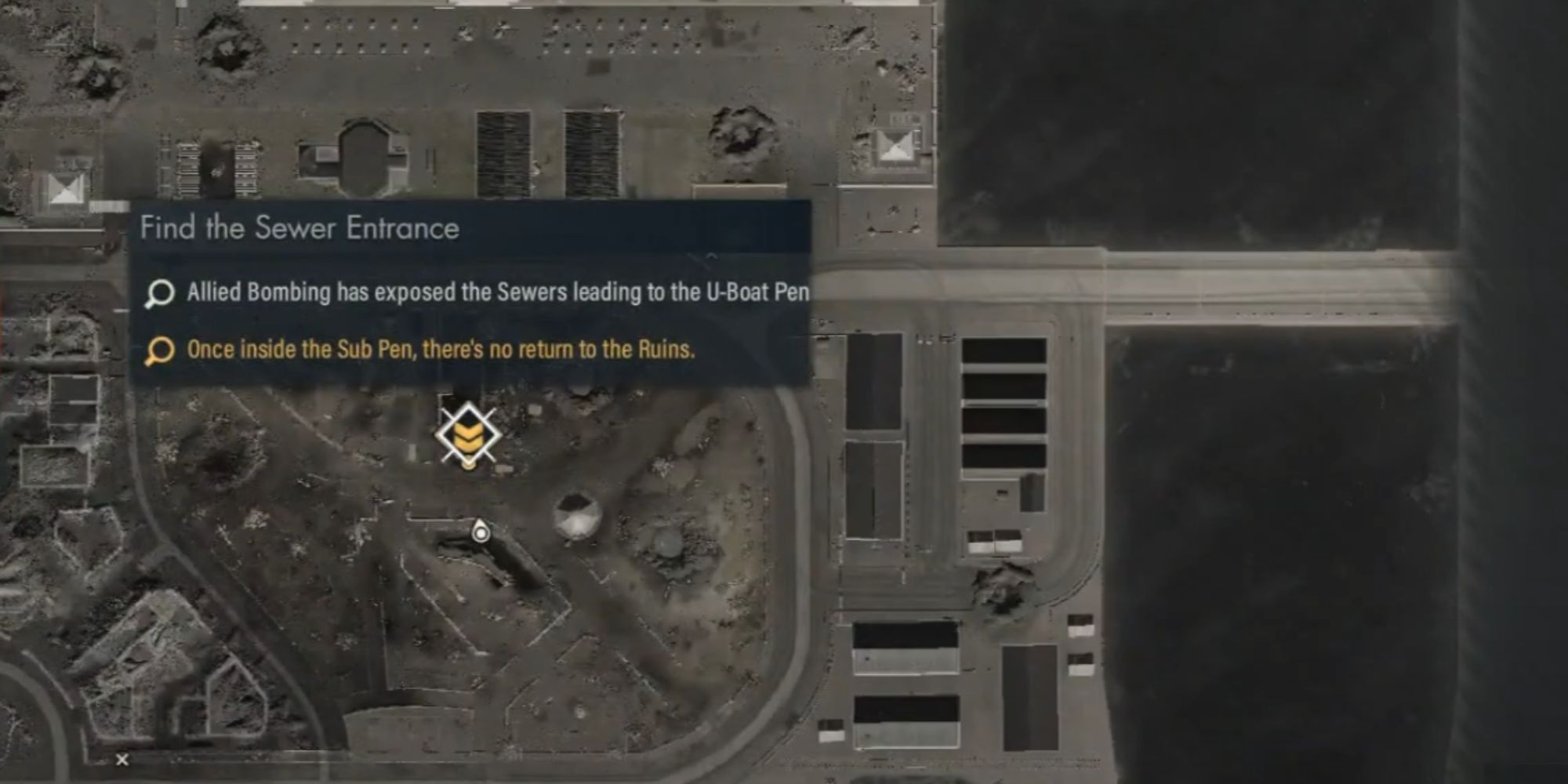 Make your way to the northeastern section of the town. The northern section of the area on the map above is where you'll find the sewer entrance; however, you need to be cautious here because there are many soldiers, along with a tank roaming the area. 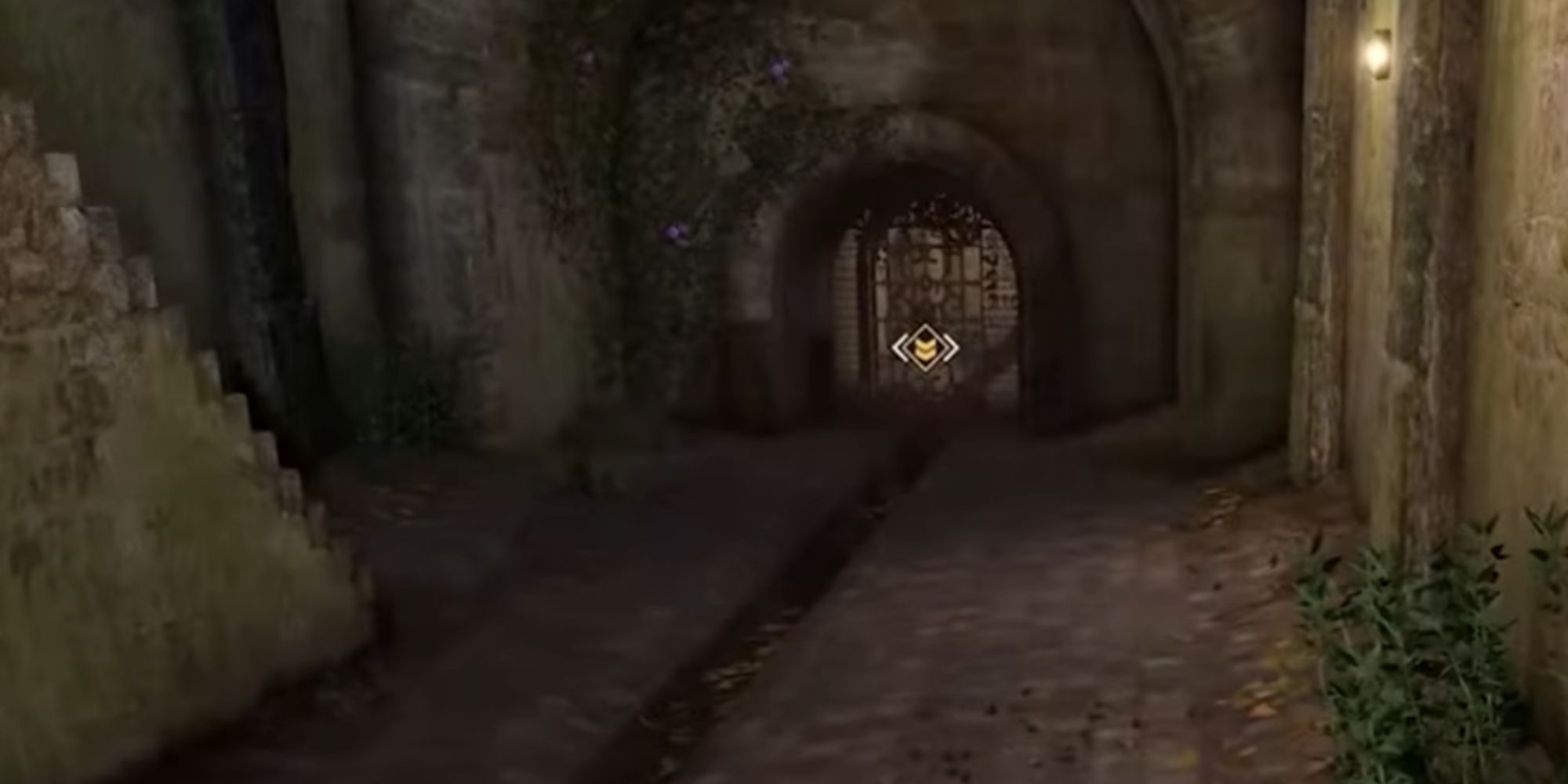 You don't have to defeat the soldiers to enter the sewers, though. You can crawl through the nearby grass to head north, then slide down a ramp to the sewer door, like in the picture above. After you enter the sewers, keep heading north through the tunnels, and eventually, you'll see three enemies next to a ramp. Separate them and take them out 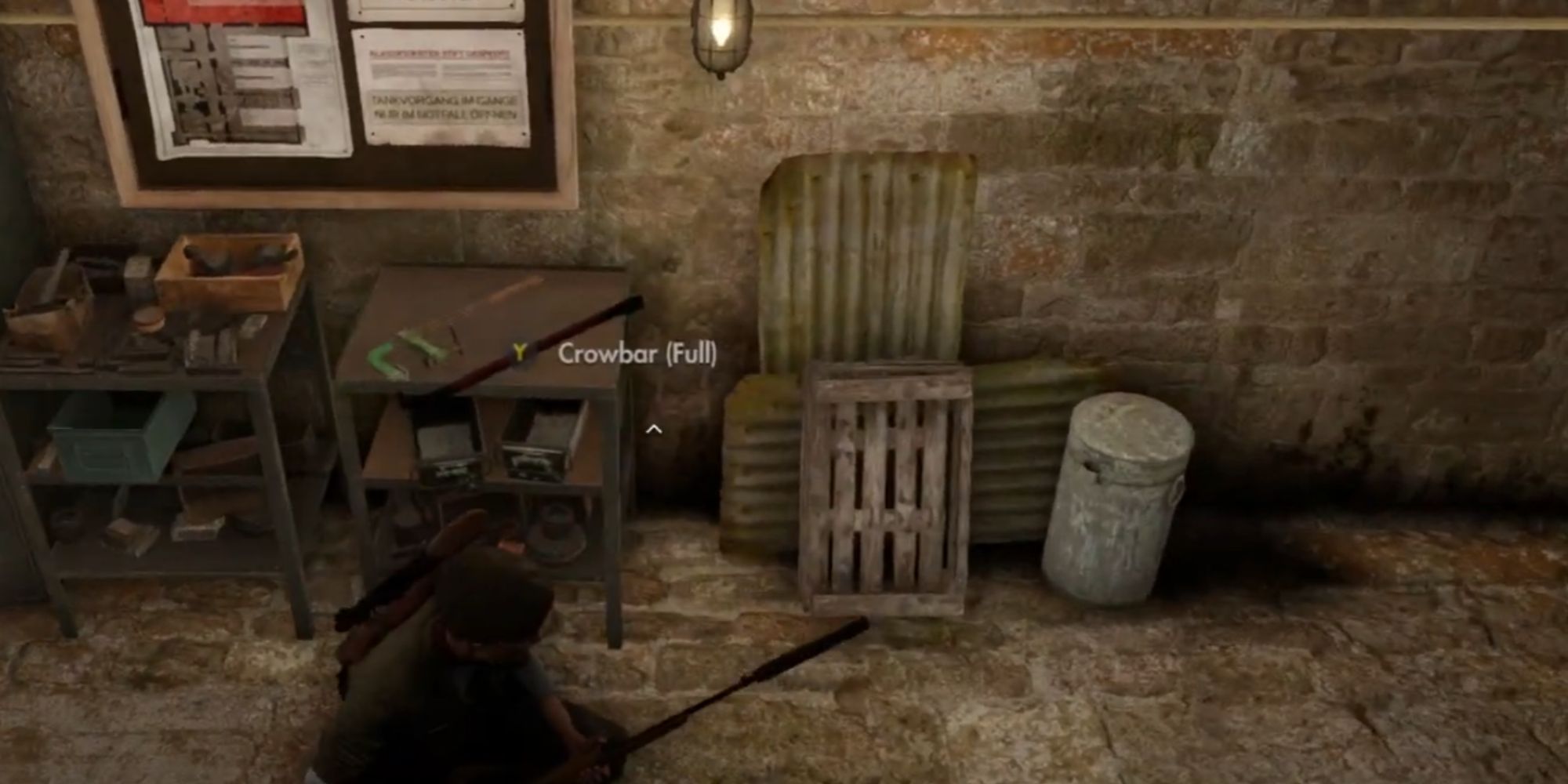 If you don't already have a Crowbar, then take a right turn immediately after entering the sewers. Take two more lefts while moving through the hallway, you'll find it on a table in a small room.

Search the bodies of the three soldiers you killed north of the sewer entrance, and you'll receive the Armory Key. The armory is in the northwestern section of the sewers, and has a Rifle Workbench, so you can customize your weapon before continuing on with the mission.

After customizing your weapon, you can travel back to the entrance of the room where the three soldiers were patrolling, then walk up either of the two ramps on the southwestern side to complete the next objective. There's a soldier patrolling at the top of this ramp, so ready a silenced weapon or wait until his back is turned. 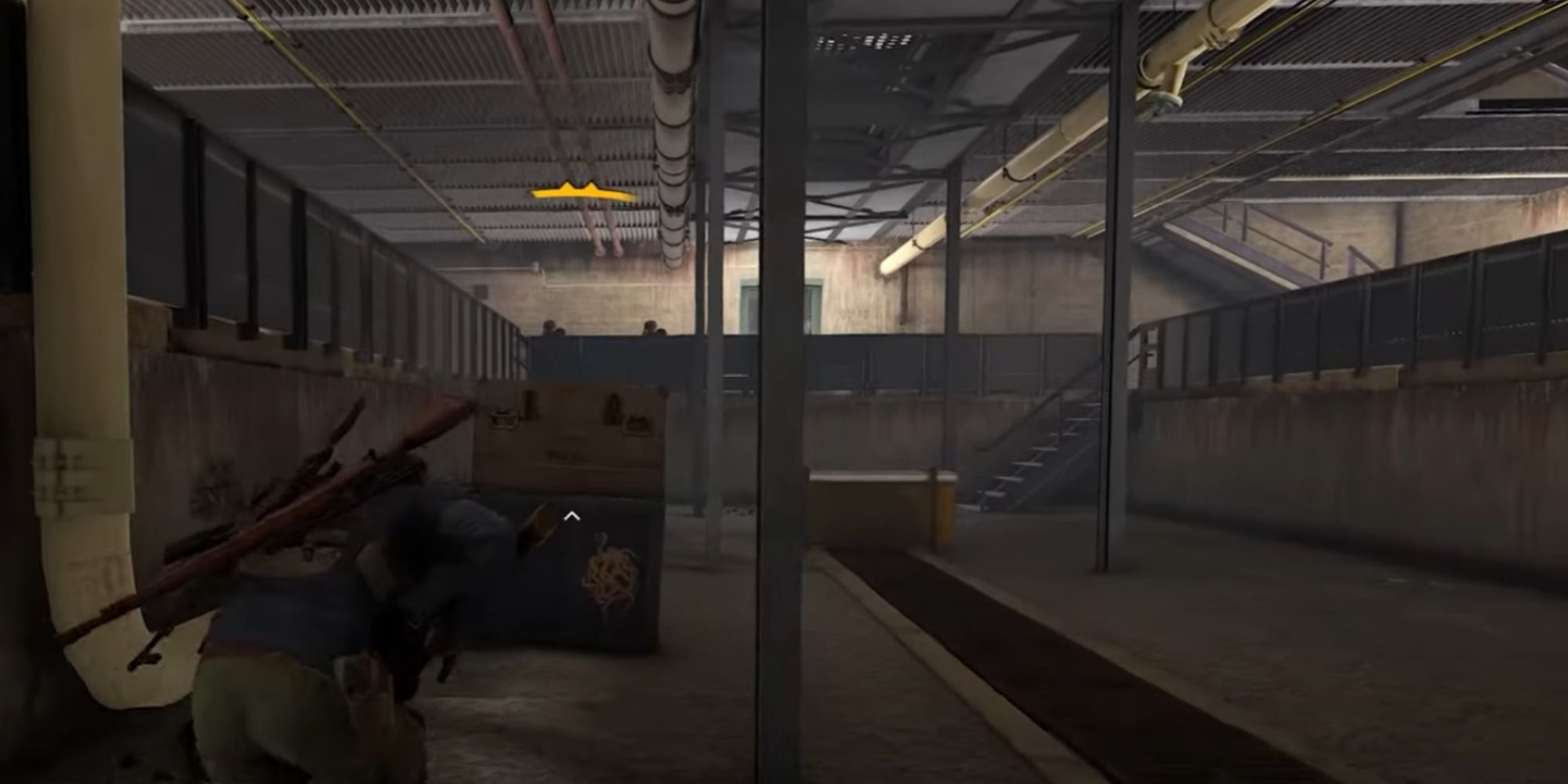 Once you exit the sewers, you'll encounter dozens of enemies. Absolute stealth is difficult in this area due to the building's layout, but it is possible if you're determined.

If you don't care about staying hidden, you can pull out an automatic weapon and go on a rampage. On lower difficulties, it's easy to defeat hordes of enemies within this building due to all the objects you can use as cover. 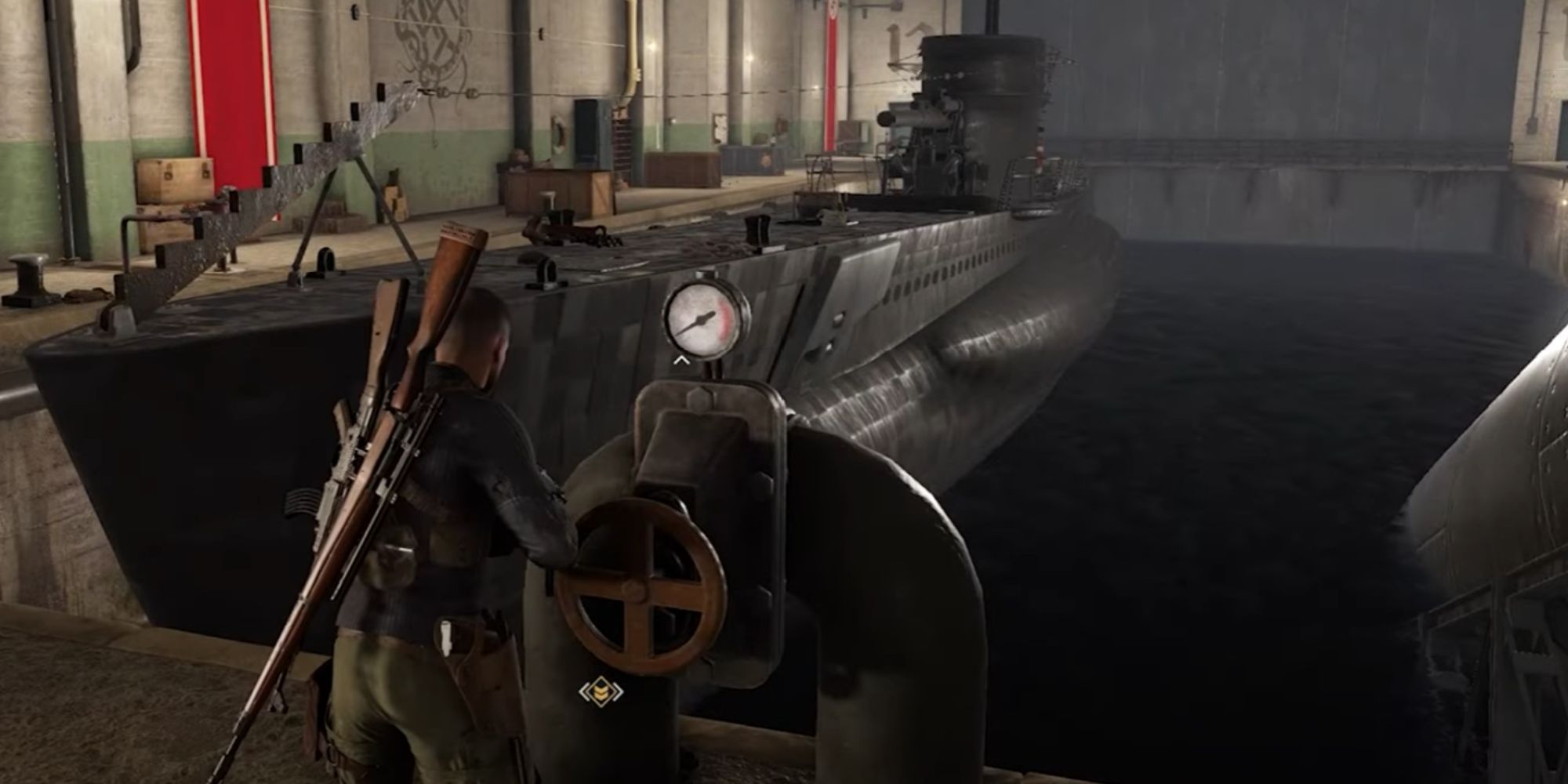 First, travel to the southeastern side of the building to destroy the first U-Boat. There's a valve that you can interact with on the left-hand side of the dock, which will cause an explosion and complete the first objective. There are two enemies patrolling in front of the valve, so keep your eyes peeled. 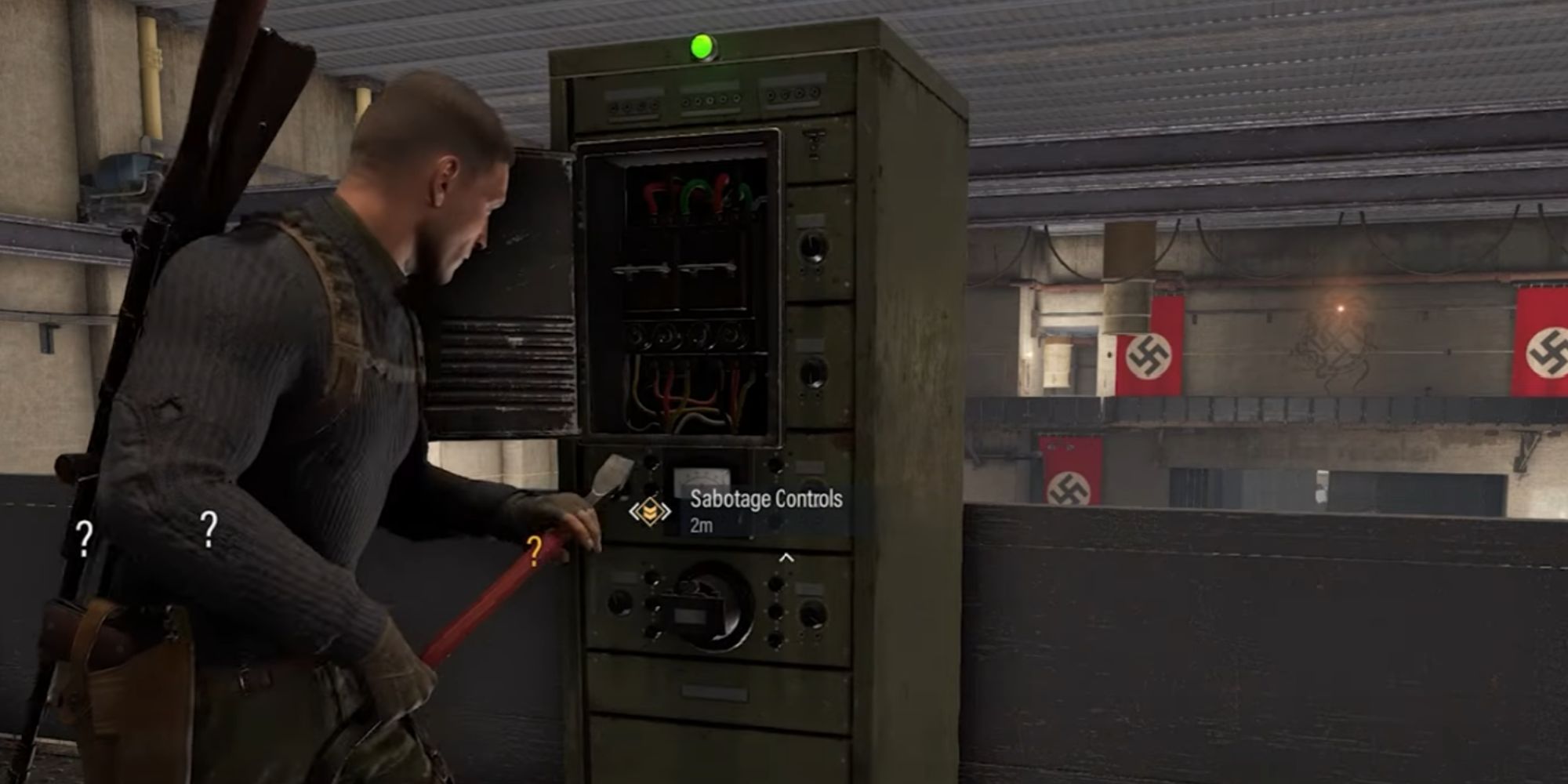 You can destroy the next U-Boat by traveling northeast of the first, then climb a staircase and move north on the upper platform. There's a panel you can open using your Crowbar, which will then allow you to destroy the last U-Boat. 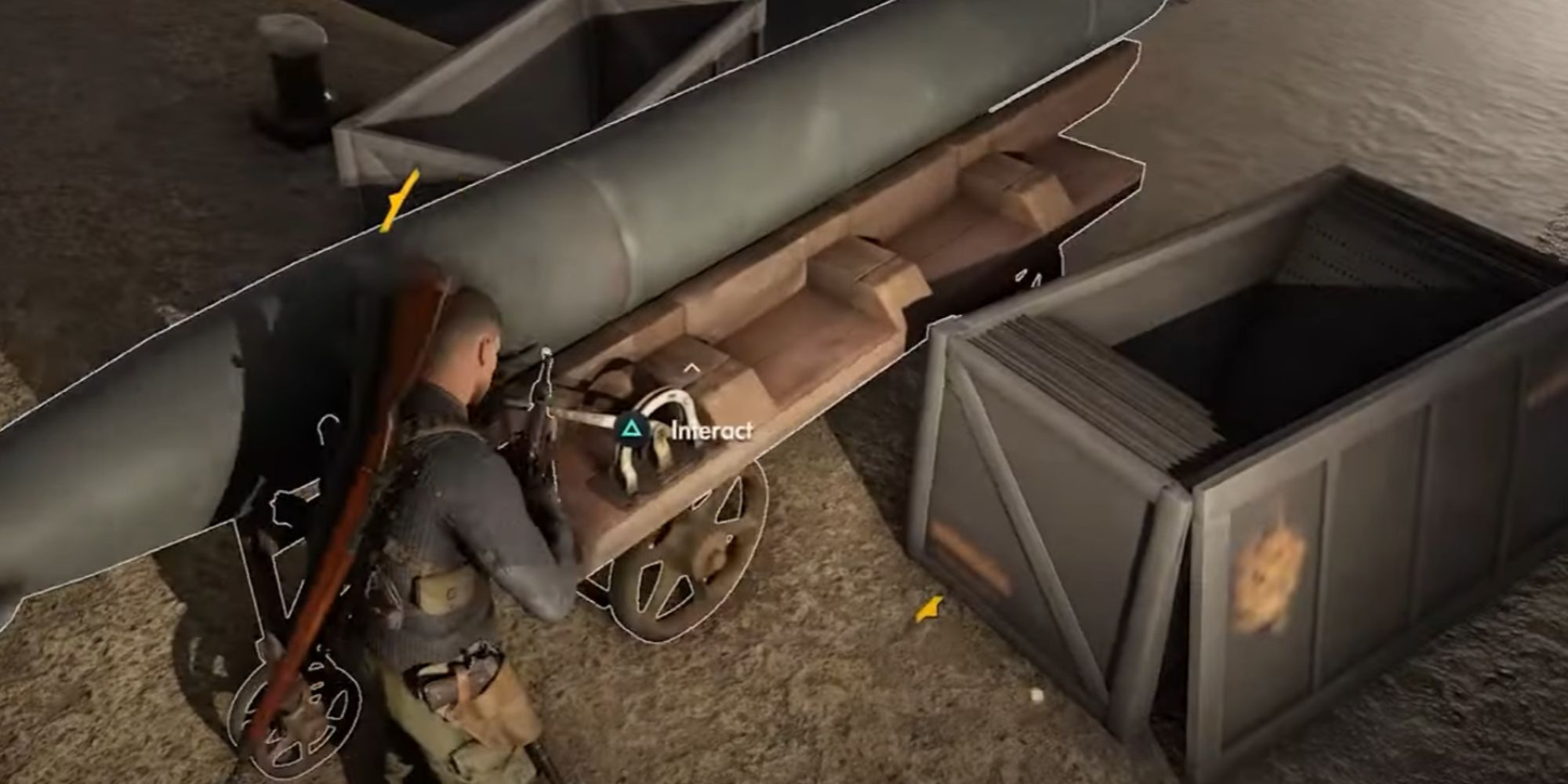 Keep traveling north on the second-story platform, then you'll see a white fuel tank. There's a torpedo that you can interact with to push it towards the tank, like in the image above. Upon interacting with the object, the final explosion will occur, and you can move on with the mission. Many soldiers patrol every side of this room, so hide behind cover if you see one coming, then quickly take them out.

Now, you'll see a large door open in the northern section of the facility. You'll encounter many soldiers in the final room, so stealth is much more difficult to maintain. Your sniper rifle and grenades will both be extremely useful here since you'll need both range and high damage to survive this assault if the enemies detect you.

The easiest way to finish the next few objectives is to kill every enemy after the door opens, instead of trying to sneak past them. This allows you to avoid having to slowly sneak your way throughout the room. After you kill every soldier in the room, walk through the door, and you'll see the U-Boats. You need to interact with the valve on each U-Boat, which you can do by following your quest markers to the outer side of both U-Boats.

After you finish turning the two valves, walk up the staircase, on the western side behind the U-Boats. There are two small panels inside the office that the staircase leads to, which you can open and destroy using your Crowbar. If you didn't kill every enemy in the room, then you may encounter a few patrolling soldiers on the upstairs platforms. 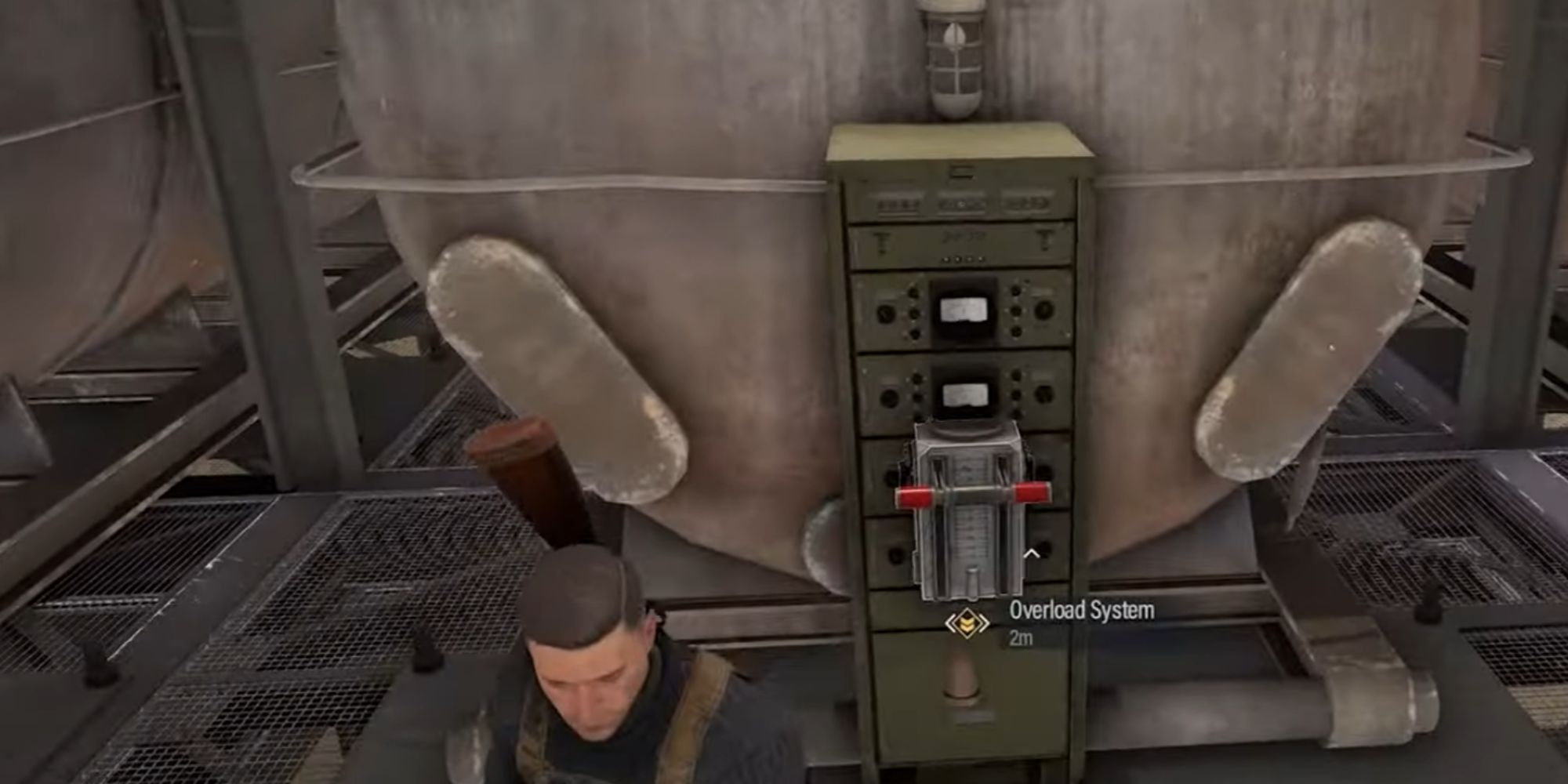 Now that you've turned the valves and destroyed the panels, walk through the door behind the two U-Boats, directly next to the western staircase.

There are three controls you can interact with in this room, and they're all right next to the white tanks. Now that everything is ready for the finale, kill any remaining soldiers near this room and then leave the building via your quest marker.

Get Clear Of The U-Boat Pen 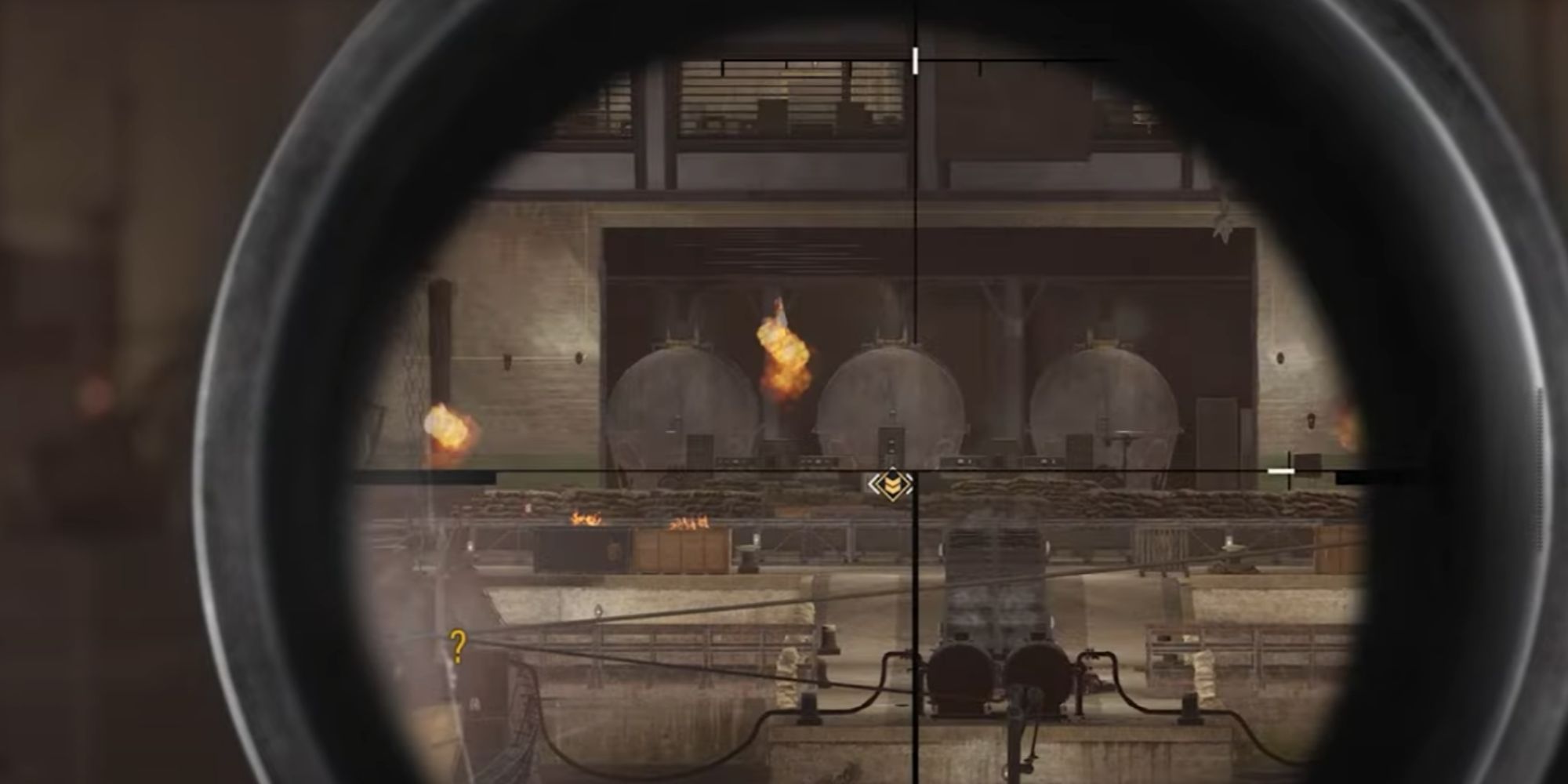 After setting up the U-Boat's explosion, run out of the warehouse on the eastern side and head past the train tracks, to the quest marker on your map. Soldiers may spawn on your way out of the giant facility, so kill them with your secondary weapon or just run past them. Upon reaching the building with the quest marker, climb up the ladder and head inside.

Karl will now realize that he needs to shoot at the fuel system to cause the final explosion. Aim your rifle at the quest marker through the room's northern window. The distance is quite far, so adjust for wind and bullet drop by aiming a little higher than the quest marker, if you're playing on higher difficulties. A successful shot will cause a massive explosion, and then the Rubble And Ruin mission will conclude.