Solasta: Crown of The Magister is one of the many CRPGs to release in recent times. The genre has mostly sat stagnant since the 90s, but there has been quite a resurgence. So much so that licenses for Dungeons and Dragons, Pathfinder, and even Rogue Trader, are flying off the proverbial shelf.

Solasta is built on a restricted Dungeons and Dragons fifth edition license, and they go with it. In short, the ruleset you are using is very close to the table-top, pen and paper experience, it just has some homebrew elements thrown in, like lore, world, and classes, to not tread on Baldur’s Gate 3’s toes. It’s also pretty darn good to boot.

Create Your Own Characters 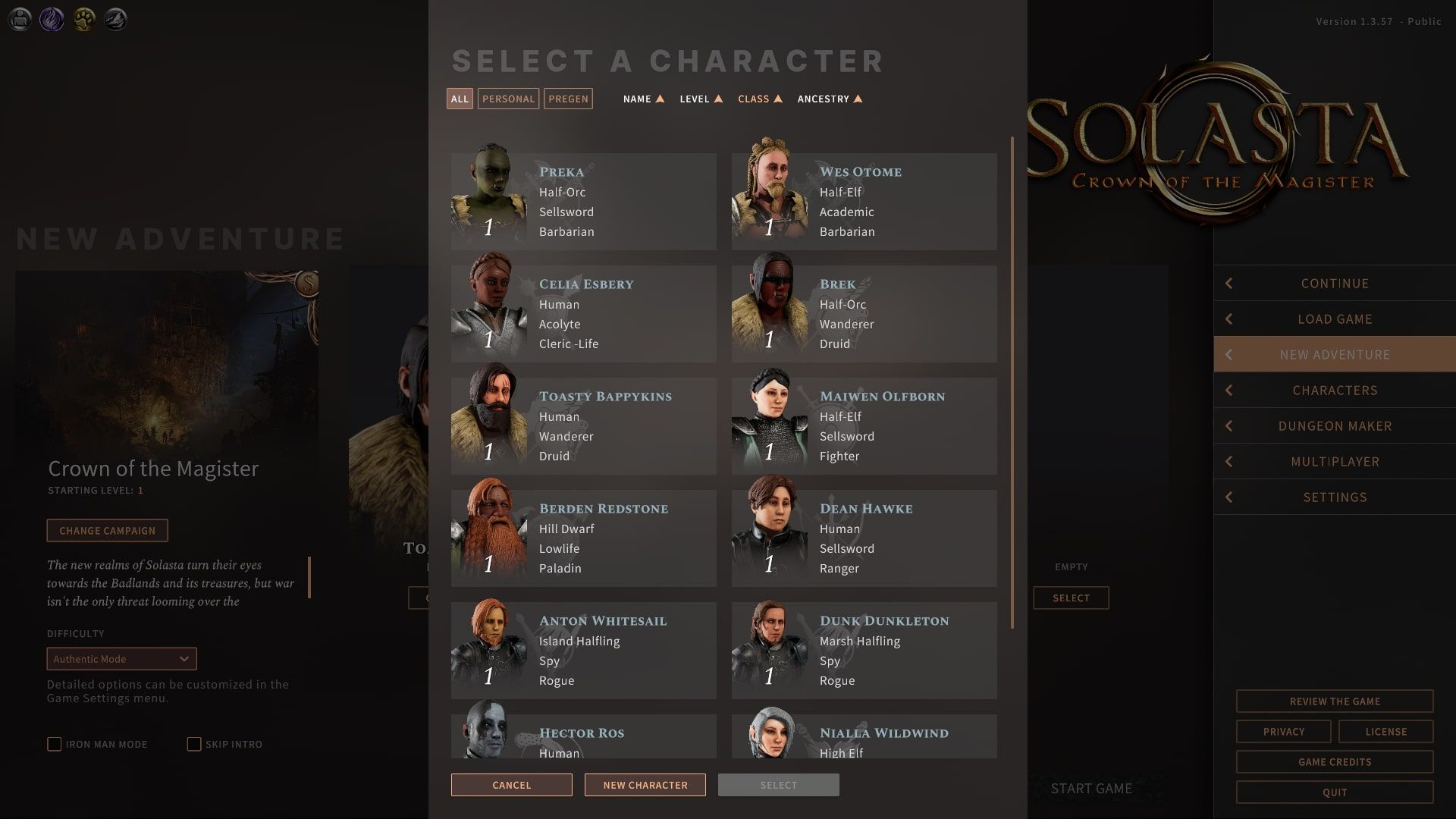 The first thing you will be asked to do in Solasta is create not one, not two, but FOUR characters. The character creation tools are very in-depth, not entirely explained, and are very representative of the source material Solasta is based on, aka, Dungeons and Dragons.

To make things easier, Solasta allows you to choose from some premade characters, but we advise you to avoid them. One of the biggest draws to the genre is making your hero, or in this case, a band of heroes. Taking them on adventures, making mistakes, and having a good time. Premades are the antithesis of this. Solasta is forgiving enough that mistakes in character creation are not game-breaking in the slightest. 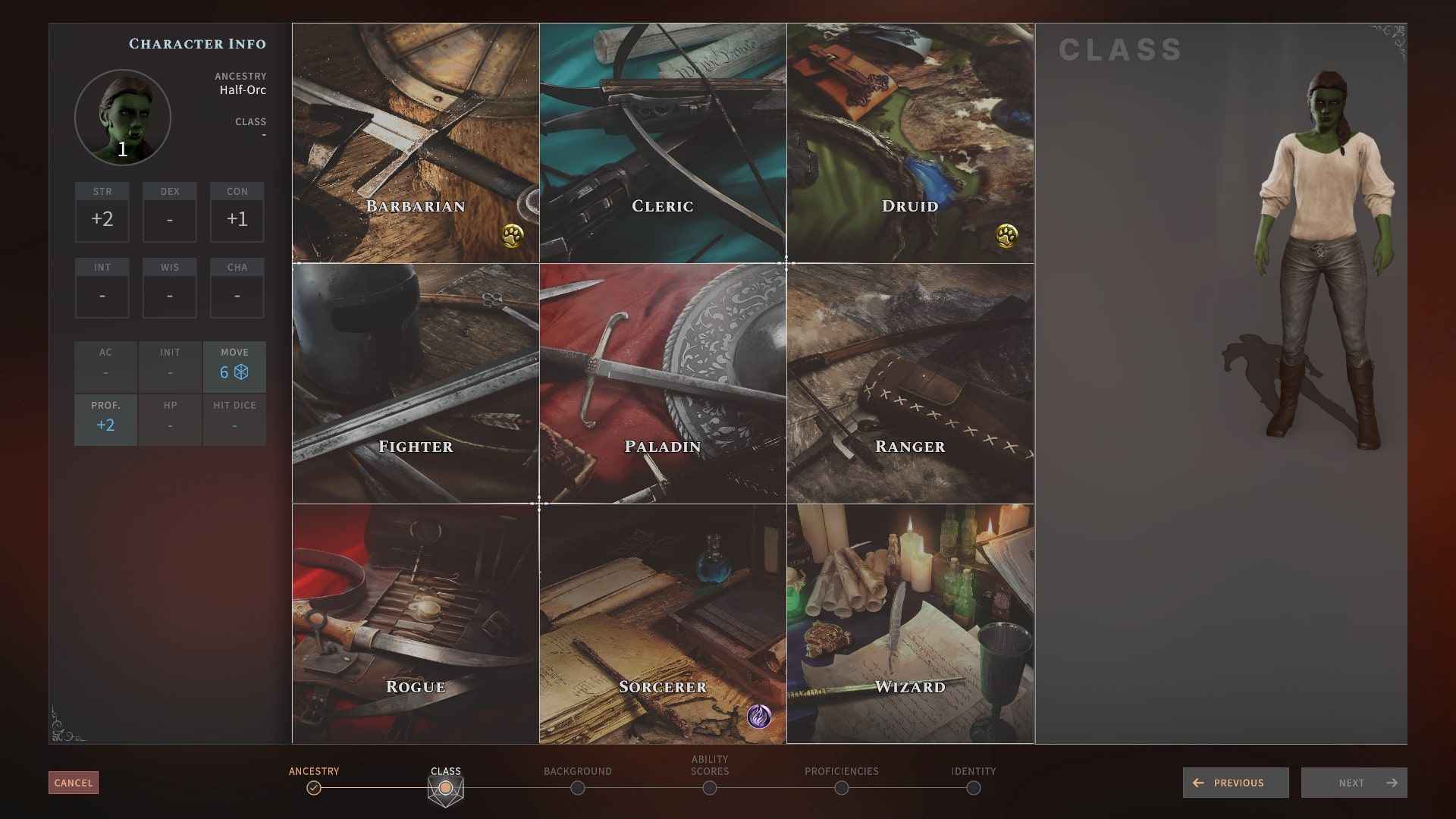 We just went on a bit of a tangent about making your characters, but there is a bit more to it than that. One aspect you should try and get right on paper is your party composition. Going in with four Barbarians will probably work, but you should maybe consider messing around with a variety of classes to get a party that can handle any situation.

Newcomers to the genre should go out of their way to build a healer and a rogue at the very least. Healing in Solasta, without a Cleric or Druid, boils down to chugging potions. This can work, it’s just inefficient. Rogues on the other hand let you open locked chests, disarm traps, and bring a lot of utility when things get rough. 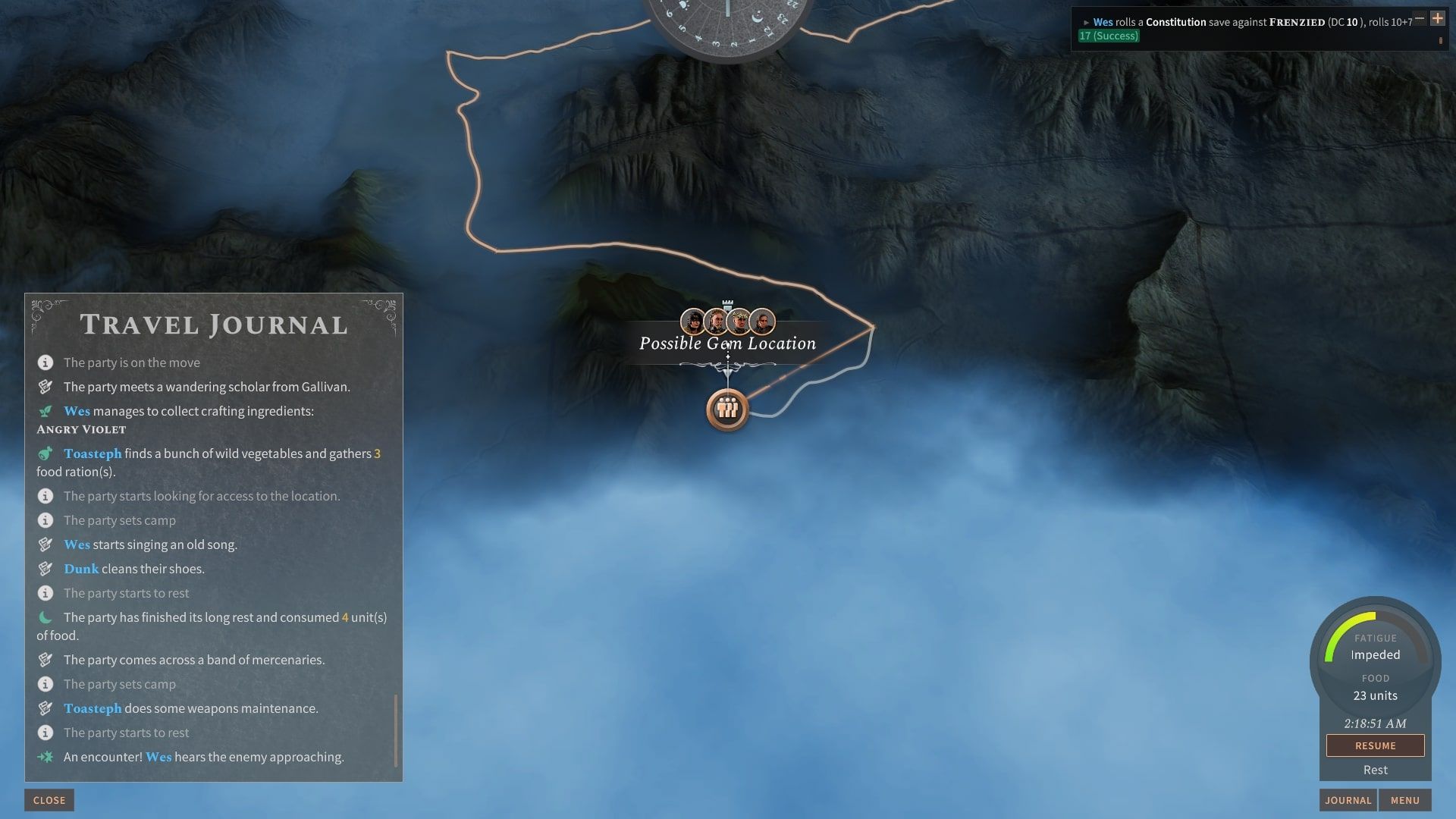 Travelling to new locations in Solasta is done via the world map. You are mostly traveling on foot, and it can take quite some time to get from A to B. Not to mention you also need to walk back when you’re done. Your party could be out in the wilderness for weeks, and this can be dangerous – it can be tiring.

Solasta allows you to change your marching pace, so if you want to get somewhere in a jiffy, you can increase your travel speed. This will also reduce the number of rations you will use during your travels. The downside? Your party gains Fatigue, which makes them less effective in a scrap. It is always preferable to just use Normal when moving, as you don’t gain Fatigue, and Rations are easily acquired. 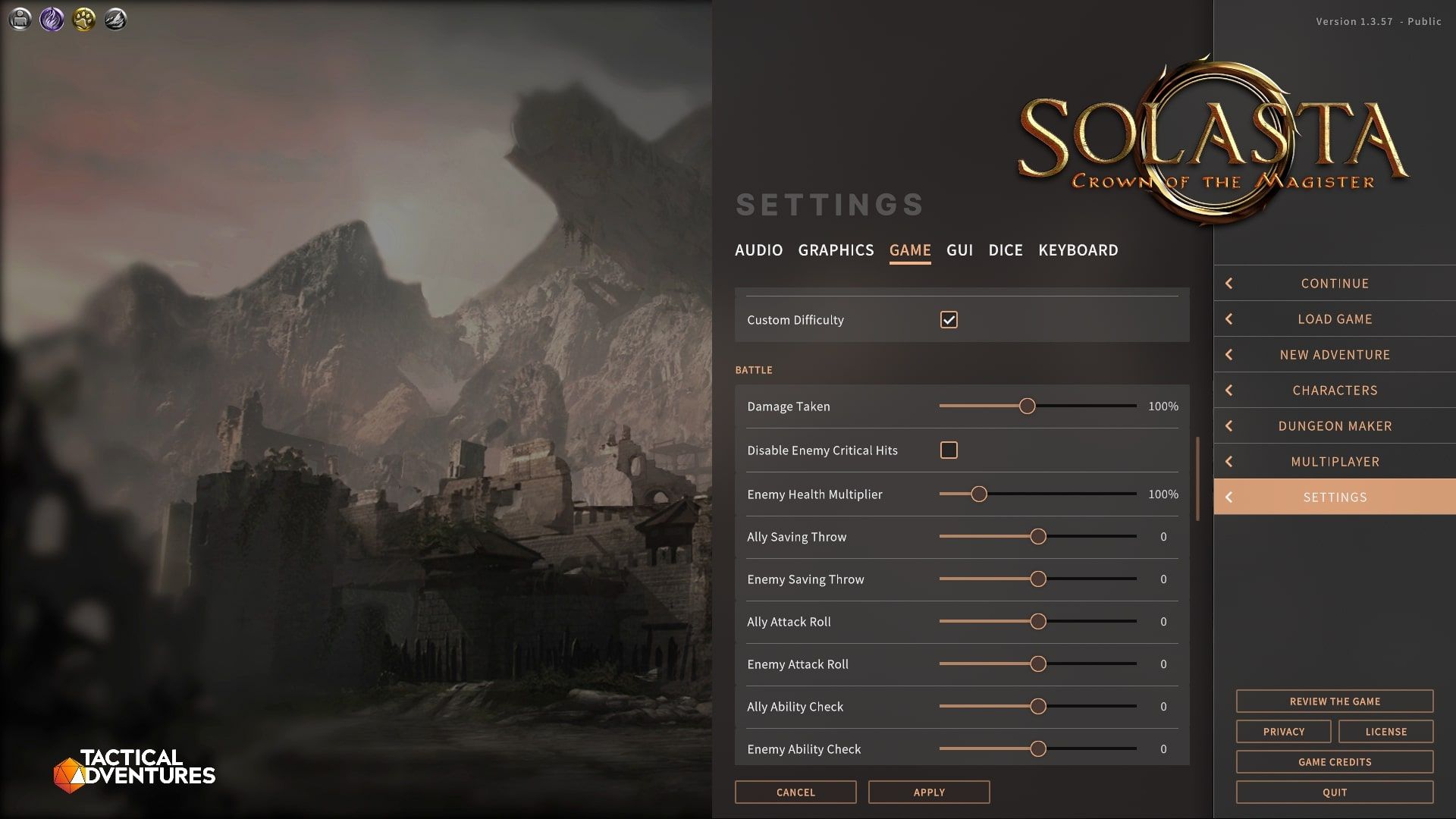 Solasta can be a tricky game if you are completely new to the genre, or Dungeons and Dragons 5th Edition. The game has very clearly been tailored to a more experienced player, and the default difficulty may be too difficult if you are a novice. Don’t be afraid to jump into the options and crank down the challenge a bit.

Solasta has a very dynamic set of difficulty options, and you can customize most of your experience. One thing you may want to look into in particular is the Encumbrance rules. If you don’t want to stress over the game's storage capacity, then you can increase your carry weight by 150x, making the system completely irrelevant, yet a playthrough no less valid. 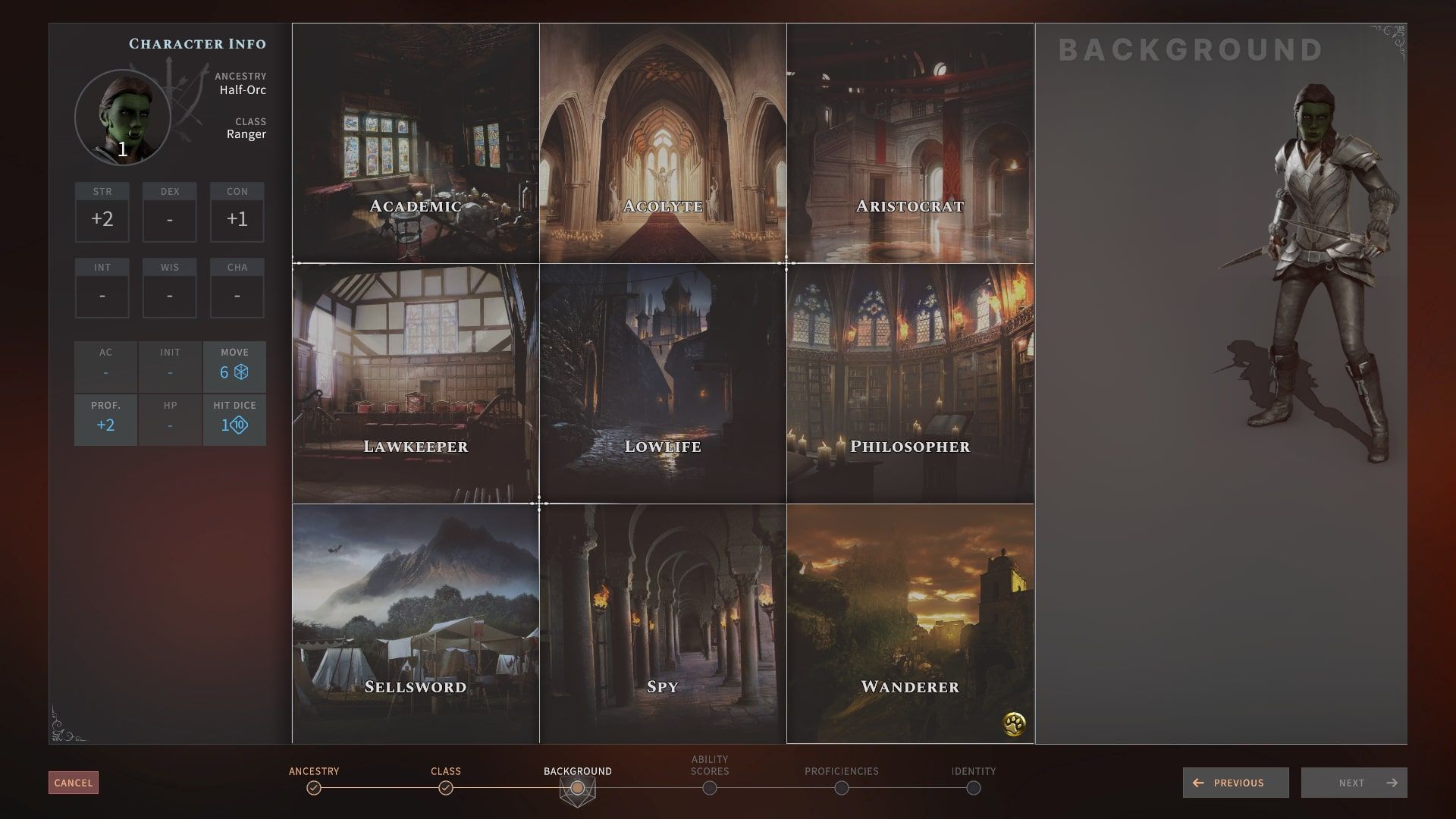 When making your team, you will get the option to customize their personality and background. This is done by picking a variety of beliefs and quirks, and your choice will affect the dialogue in-game. A violent character might speak up and suggest, well violence, whilst an academic may instead offer more lore.

Each of your four characters will interact in just about every dialogue, and having a varied set of personalities not only has gameplay benefits, but it’s also far more interesting. Party members may argue from time to time or interrupt each other to undermine what they were trying to say etc. It’s a fun system that even has quests tied to it. 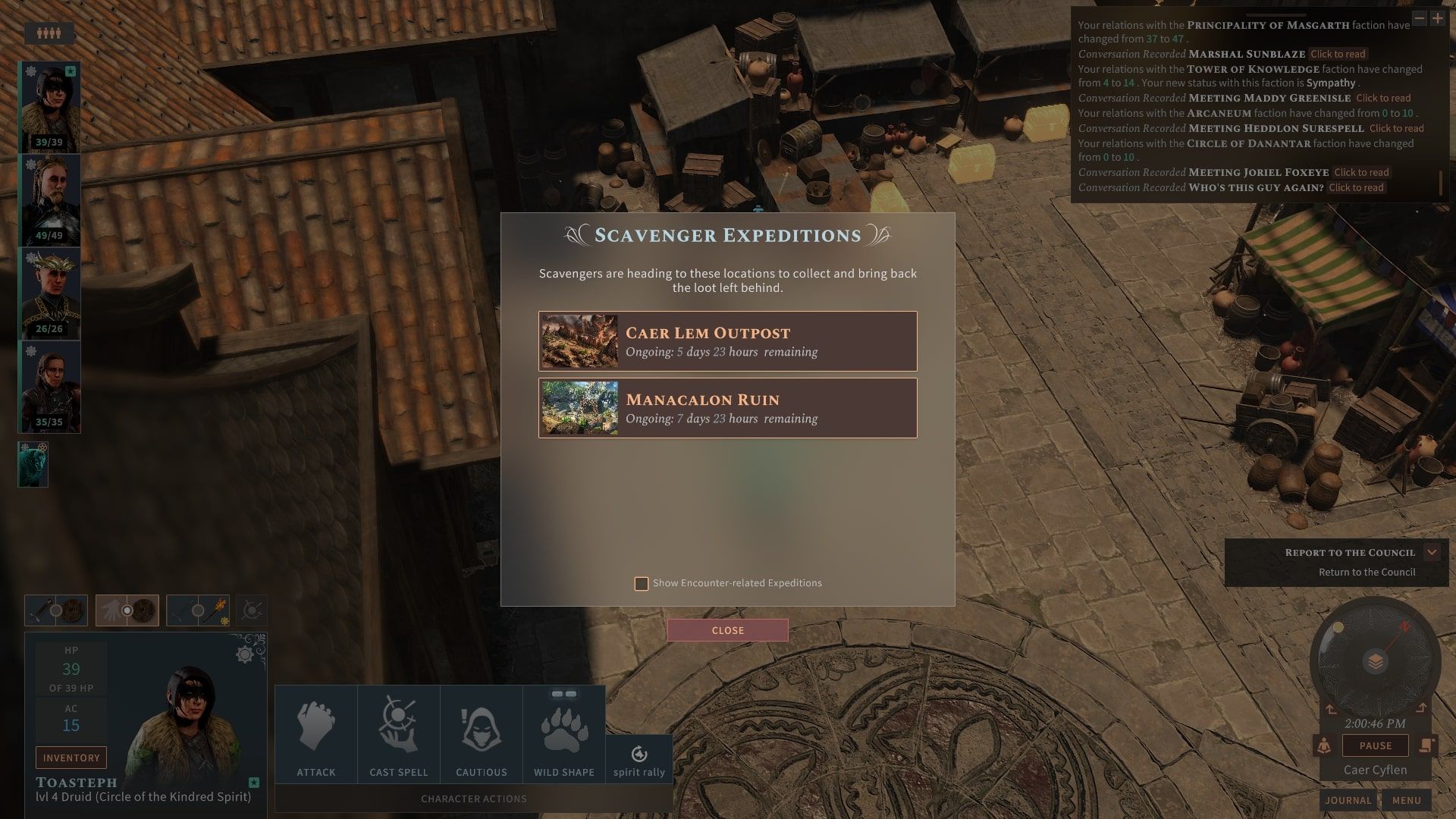 There are plenty of Factions in Solasta, and whilst they don’t stand out too much from each other, there is one that can’t be ignored, The Scavengers. These lads and ladies go to locations you have explored, case the joint, bring back any loot you left behind, sell it, and give you a cut of the profits.

If you are running with the standard weight rules, then The Scavengers will be crucial to your party's finances. Nobody wants to lug 50 suits of leather armor and 37 swords, so get someone else to do it for you, and reap the rewards. The more you use this service, the better it gets to boot. You can find The Scavengers in Caer Cyflen near the Gravekeep’s Cask pub.

Expect Backtracking For Side Quests 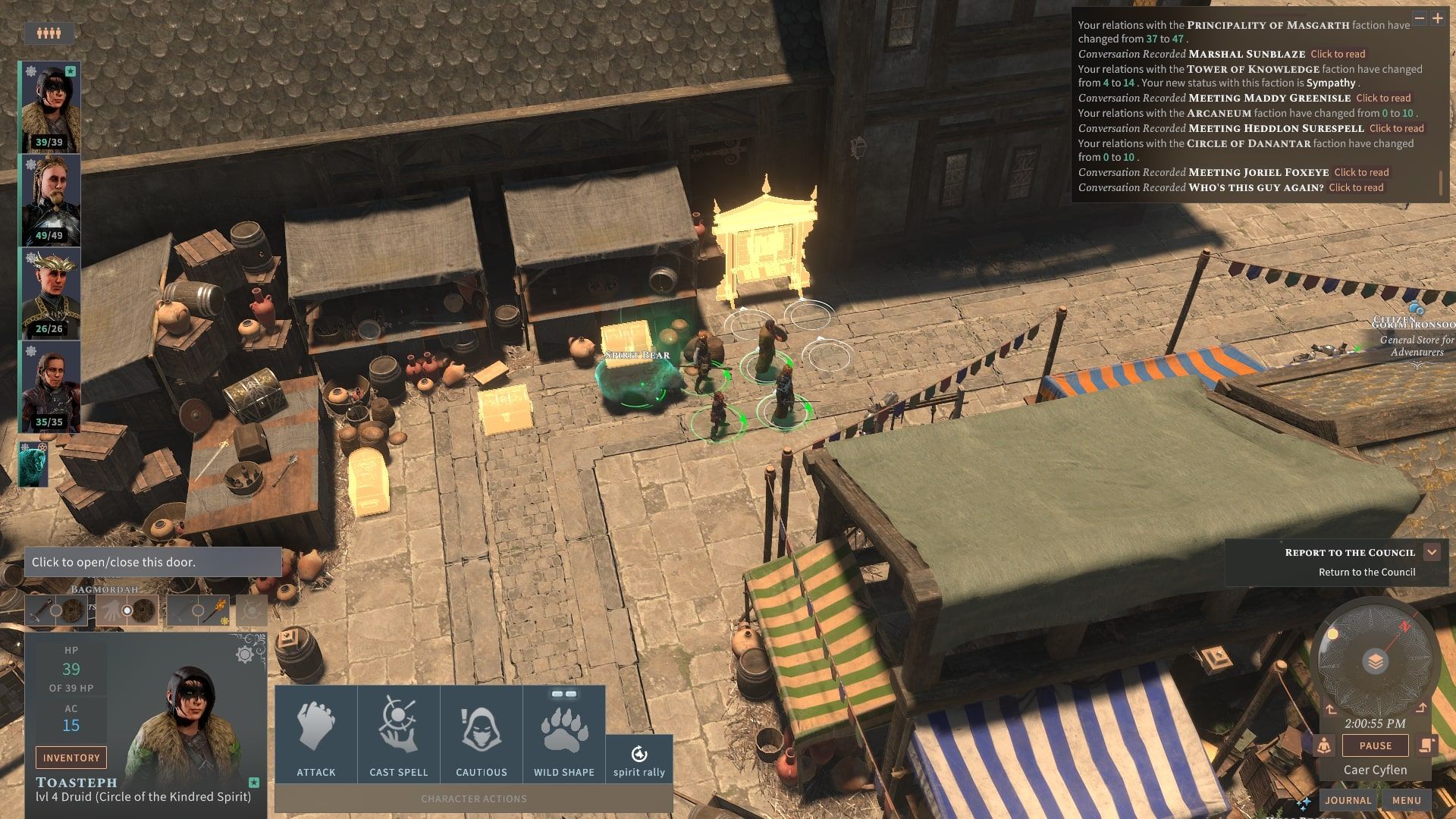 Solasta has a pretty large world with plenty of places to see, however, it is also a very linear one. You can’t explore the world without having a pre-established reason to do so. This impacts your available sidequests, as the game doesn’t like to have dedicated Side Quest areas to explore.

Instead, Solasta encourages players to revisit old locations and tackle new challenges there. The first two sidequests ask you to return to Caer Lem and deal with new enemies in two previously visited locations. This kind of backtracking is common, but the rewards are worth the effort. You can find the Side Quest board near The Scavengers headquarters.

The Game Has Linear Dialogue 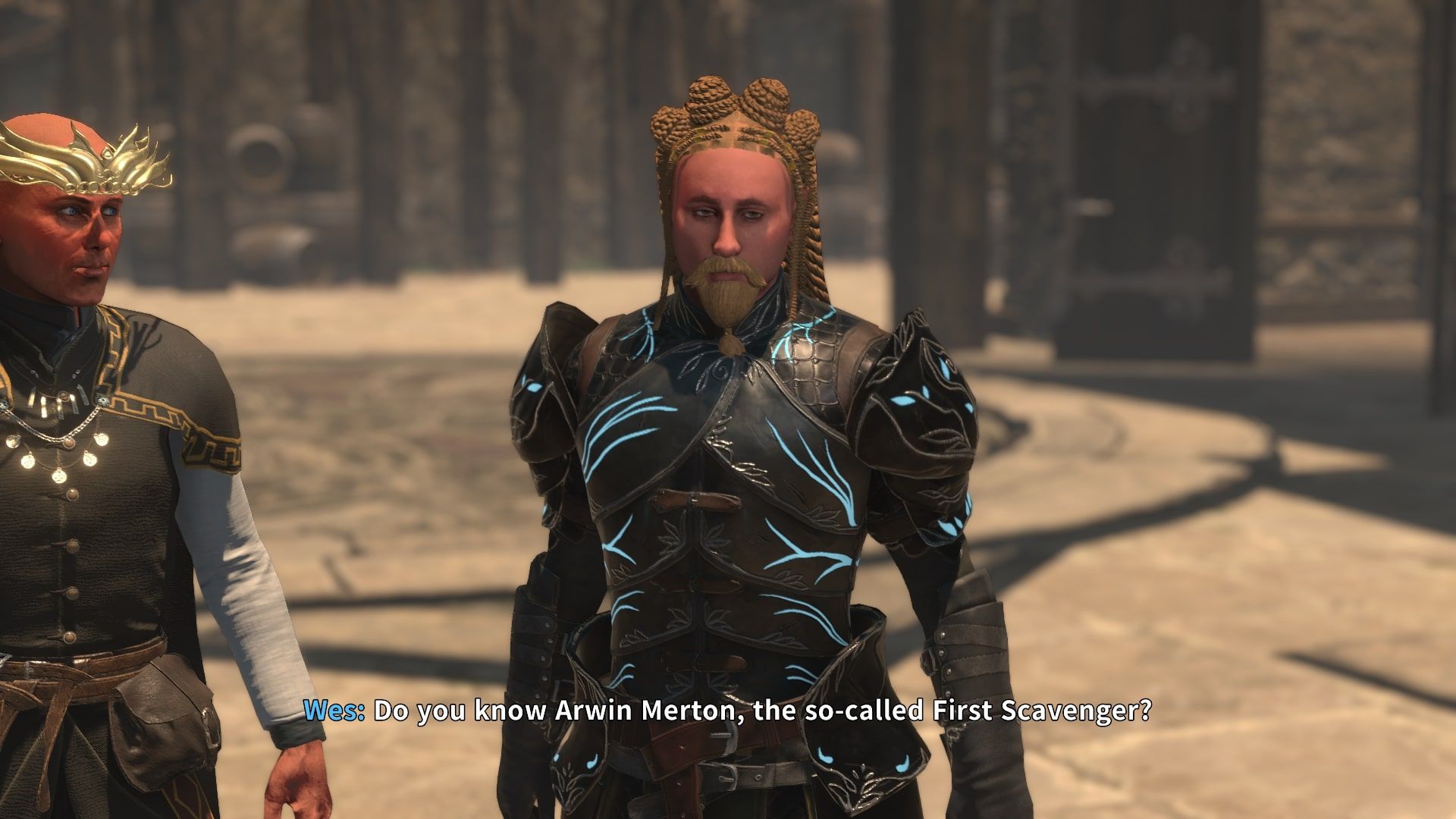 Solasta is a very linear game. This shows up in the aforementioned exploration sections, but also in dialogue. The vast majority of your decisions are made in Character Creation, specifically concerning your character’s personality.

The game has plenty of multiple-choice dialogues, but these, more often than not, will lead to the same result in the end. The interest comes from how each of your characters responds in a dialogue, as opposed to what you pick when conversing. Don’t get too hung up on what to say. 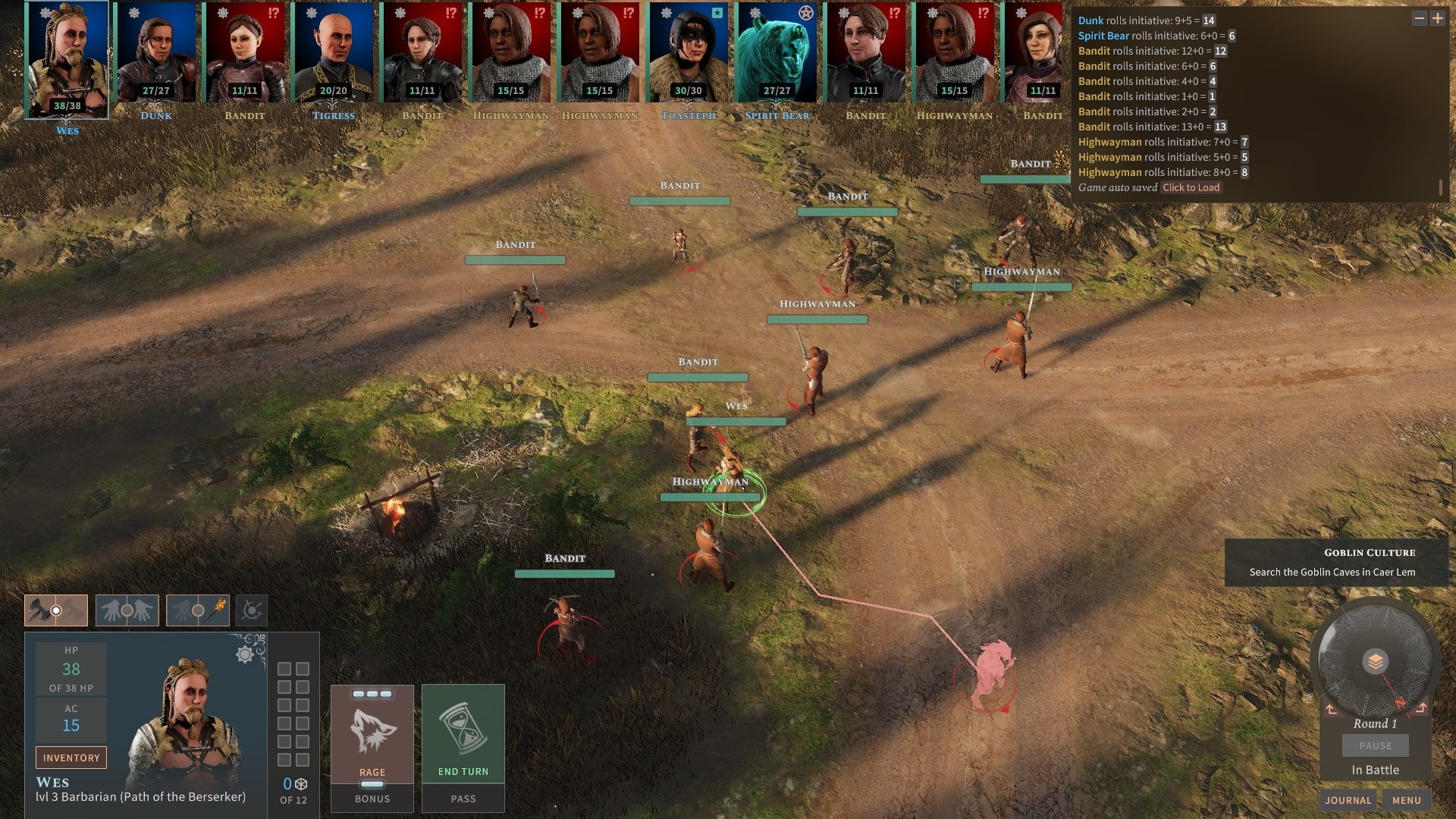 Solasta is undoubtedly focused on its combat. There may be dialogue, lore, and exposition everywhere, but the true strength of the experience comes from killing things. Being based on 5th Edition Dungeons And Dragons, Solasta has a phenomenal turn-based combat system that, unlike every other aspect, is very open – one could even say free.

Environments are varied and vertical, enemies are numerous and dangerous, and everything is rolled for with dice. Getting to grips with the ins and outs of combat is an absolute must if you want to succeed. Thankfully, Solasta has the best combat tutorial we’ve seen in a CRPG. It’s difficult to master, but very accessible when first picking it up.