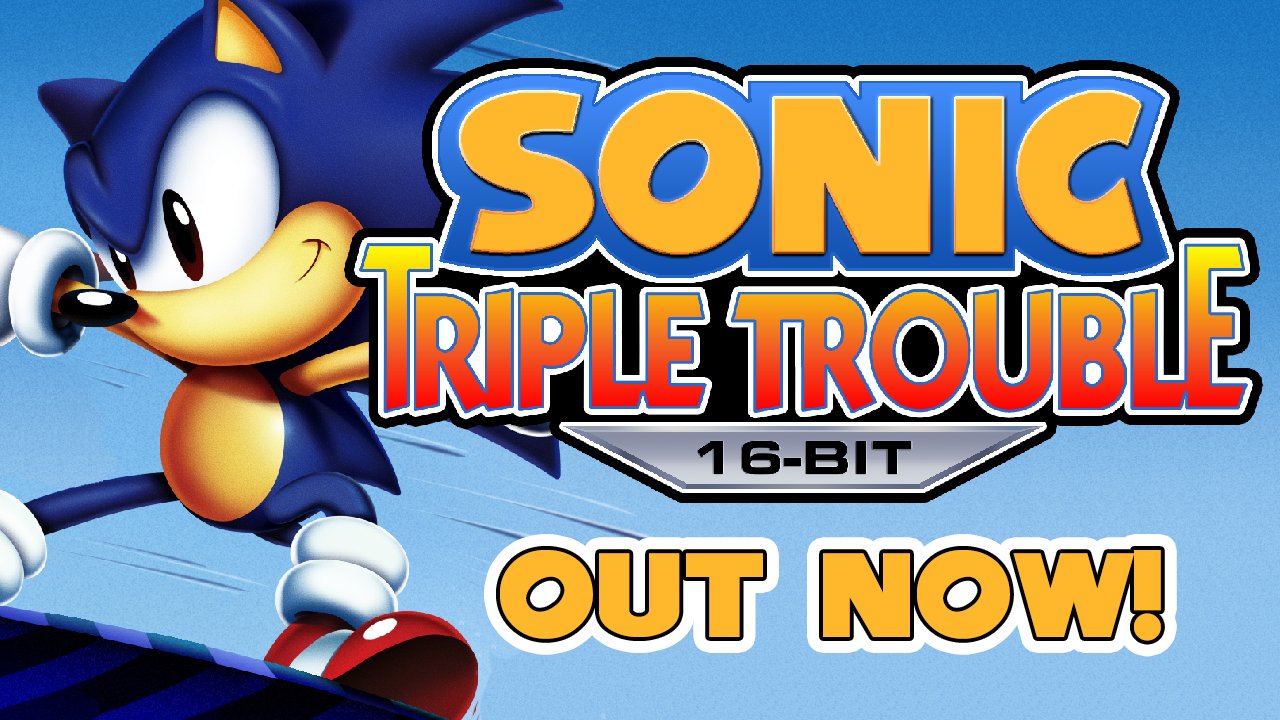 There’s another Sonic fan game on the block and this one is a Mega Drive inspired remake of one of Sega’s less remembered Game Gear titles.

For as polarising as the franchise is, Sonic The Hedgehog has one of the most dedicated fanbases out there, as evidenced by how many fan games it’s received over the years.

The majority tend to be attempts at wholly original projects, but one fan has recently put out a full remake of one of Sonic’s less talked about titles, namely Sonic The Hedgehog: Triple Trouble.

Originally released for Sega’s portable Game Gear console in 1994, this fan project re-imagines what the game would’ve looked like had it been made for the Sega Mega Drive instead.

As such, the team, led by one Noah Copeland, has recreated all of Triple Trouble’s levels in 16-bit graphics, with them now sporting the same visual style as Sonic The Hedgehog 3 & Knuckles.

However, it’s not just a graphical update. The remake also sports new stage layouts and enemies, special 3D stages reminiscent of the ones from Sonic The Hedgehog 2, and the option to switch control between Sonic and Tails in real-time rather than just play as one or the other.

It’s available to download for free on PC via Game Jolt, a website for fan-made video games, and there are plans to release it for Android phones as well.

Copeland says that version could come in the next day or so, since he hasn’t had the time to properly test the Android build. After all, this is something he’s been working on for five years in his spare time for free.

Aside from two more appearances, however, he’s faded into obscurity and is barely acknowledged outside of the occasional cameo.

Diehard fans will probably get a kick out of this remake, and it could help ease the wait for Sonic Frontiers, the next 3D entry in the series. It currently still lacks a release date, but Sega seems determined to have it out by Christmas.