I was planning to gush about Tableturf Battle, the collectible card game coming alongside Splatoon 3 next month which somehow looks like it was made specifically for me (and perhaps only for me) but watching this week’s Splatoon 3 Direct just bummed me out. Don’t get me wrong, it's fantastic and I can’t wait to jump into Splatsville and start making a mess of the place, but it also reminded me of how badly Splatoon is being wasted on the Switch. There is way too much potential in this series for it to be throttled by poor network features, archaic monetization, and a total lack of long-term support. Splatoon deserves better than Nintendo.

When I talk about live service games, I typically find myself in a defensive position. The industry shift towards games-as-a-service models has rubbed a lot of people the wrong way, understandably, and too many games have failed to live up to all their promises. Opponents of live service like to say not every game has to go on forever, and while I completely agree with that sentiment, Splatoon is the game that does. It’s the quintessential competitive live service game of the modern era, built in every way for a seasonal model and long-term support, but somehow it’s not.

I’ve seen a lot of reactions to the Splatoon 3 Direct that boil down to “it looks like more Splatoon'' and, while I think that's an oversimplification (did I mention the card game?) I can see where people are coming from. New maps, weapons, game modes, and even big new features like match replay and pre-match lobbies don’t feel like they justify a full-price sequel because that’s not how games tend to work in 2022. If Splatoon were made by any company besides Nintendo, it would be free-to-play, multiplatform, and live service. New additions like weapons and maps would come with new seasons, and there would be a thriving competitive scene that didn’t trail off two years after launch like clockwork. 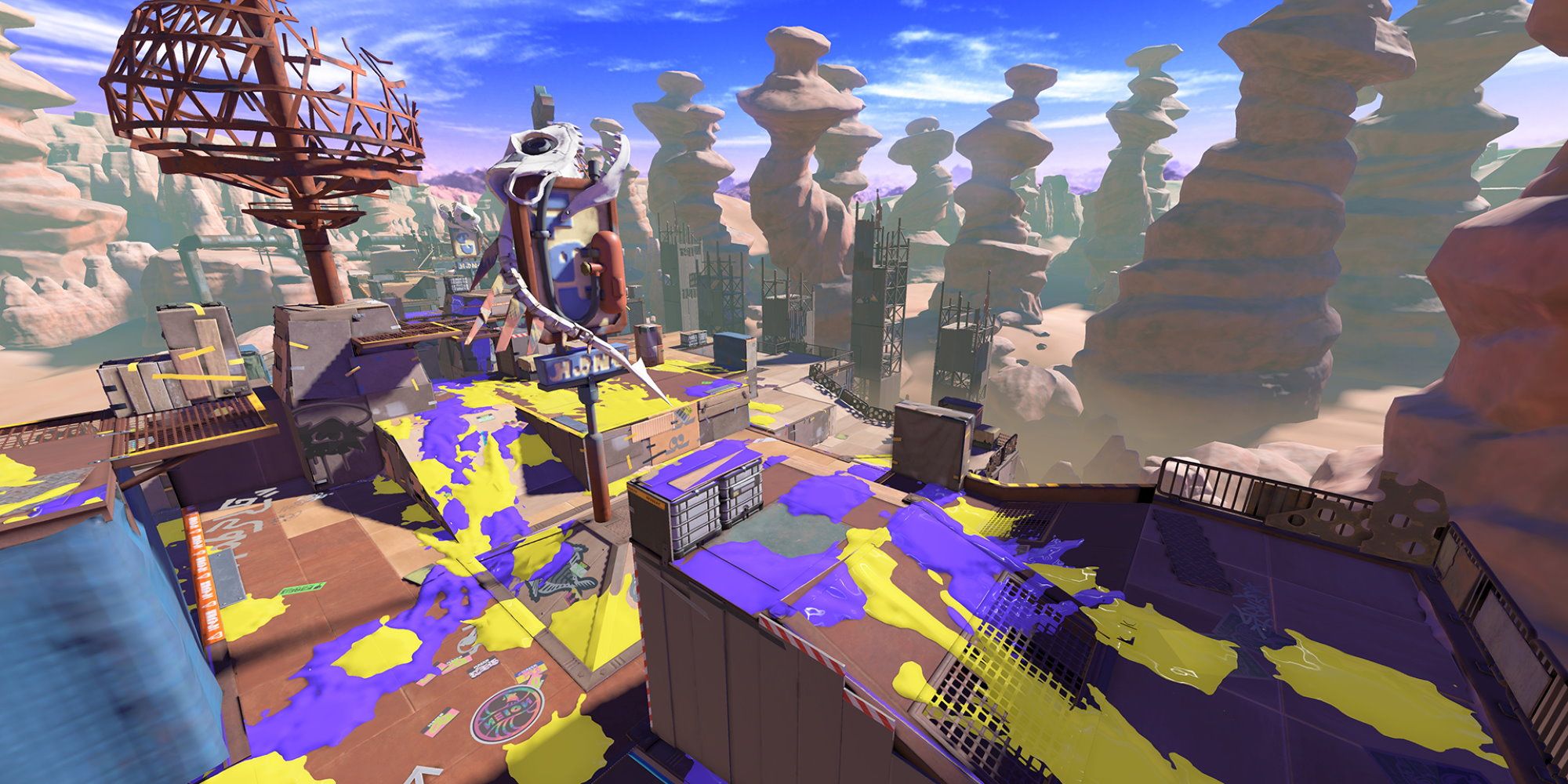 I love Splatoon and I want it to be a huge success, but short-term sales and launch weekend buzz don’t make a competitive shooter successful. Games like Splatoon need lifetime support and frequent updates, not big expansion drops and prolonged periods of silence. It’s hard to get excited about the long-term potential of Splatoon 3 when there’s a predetermined expiration date on it already. Splatfests will end two years from launch and, with it, development will cease until, hopefully, Splatoon 4 comes around. Sticking to such an antiquated release model is cutting Splatoon off at the tentacles, and it could be so much bigger than it is.

Even if you don’t buy into the idea of Splatoon being some kind of multiplatform, free-to-play juggernaut like Fortnite or Apex Legends, you can at least see how much it's being held back by the Switch. Nintendo has the worst online services in the industry yet one of the best online games. At least Smash is built for local play. Splatoon is just a game on the wrong system.