The developer behind Stardew Valley, Eric Barone, recently described how Diablo 2 includenced the upcoming Haunted Chocolatier, explaining how the game adopts quite a few of the main mechanics, most notably the loot system. Haunted Chocolatier has been described as being all about “magical haunted ghost chocolate.”

The news comes from an interview held earlier this week by ScreenRant with Barone. The developer dove into the details of Haunted Chocolatier, talking about some of the primary influences on the game.

"When I was in the early stages of Haunted Chocolatier, I was playing a bunch of Diablo 2," Barone explained. "Getting loot and seeing your numbers go up on the stats? I like that stuff. I feel like a lot of Stardew Valley players aren't that into it, but I've just got to do what I think is fun. And I think that'll shine through in the game if I'm excited about it."

The developer apparently wondered "what if I made a game that was like the mines in Stardew Valley, but fully fleshed out and done really well?" According to Barone, the “core of the game is actually gathering ingredients. That's the biggest part of the game. The shop is a little more passive." Players will be gathering various ingredients from several different magical realms in order to craft chocolates for their store. Ghosts can also be hired to help out, adding a certain amount of management. “There'll be a certain kind of a simulator element like a game like Rollercoaster Tycoon or something where the customers have certain needs and desires,” Barone remarked.

Barone has been playing World of Warcraft during the development of Haunted Chocolatier as well, but this apparently had very little impact on how the game was designed. The developer called World of Warcraft a "little bit of a guilty pleasure,” adding that “people don't realize this, but one thing that I have to say about World of Warcraft and Blizzard games in general is that they're really good at making things really juicy.” 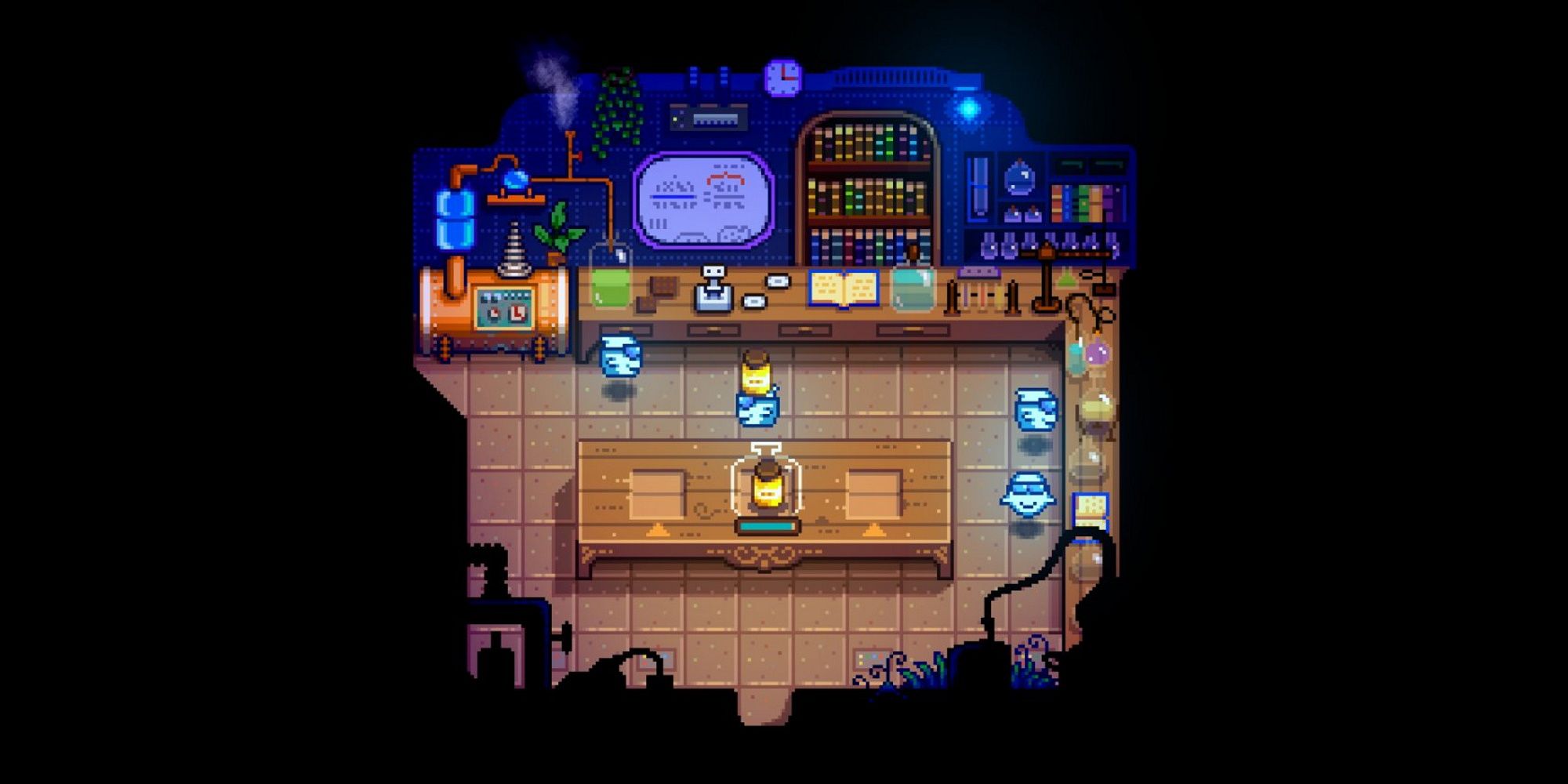 “Just gathering stuff or whatever, there'll be big blinging things on the screen that make you feel really satisfied,” Barone mentioned. “I tried to put it into Stardew Valley with all the sound effects when you're picking stuff up. Something as simple as gathering is satisfying in itself even though it's a very simple thing if you think about it."