I might have been a baby gamer back when Fallout 3 came out, but I still remember the cynical and short-sighted argument that it was nothing more than ‘Oblivion with guns’ due to how it took Bethesda’s groundbreaking RPG formula and paired it with a new universe.

Existing fans might have felt they had a right to be sceptical, while newcomers who only recently jumped aboard had a new adventure to look forward to that was set to push the genre forward in all manner of ways. This uncharitable descriptor turned out to be nonsense, with Fallout 3 doing far more than just placing a gun in your hands and calling it a day. Granted, the engine remained untouched, and its dialogue system and quest design was awfully similar, but they were always going to be. Bethesda was on top of the world in 2008, and few were able to match its prowess when it came to creating experiences in worlds so huge and diverse.

But times change, and you can’t depend on the momentum of past successes forever. Skyrim was the culmination of the studio’s ambition, and managed to become a cultural landmark that is still being remastered and modded to this day. It was in the right place at the right time to make maximum impact, and I imagine Bethesda has been seeking to replicate this unintended masterstroke ever since. Yet it has failed, both because it doesn’t wish to leave the shadow of Skyrim’s brilliance behind and arguably doesn’t even know how.

This was clear in Fallout 4, which despite years of hype and anticipation was released to a relative whimper compared to what came before. It relied too much on the systems of Fallout 3, and when it dared to push them forward its depth suffered as a consequence. The writing was weaker, conversations felt flimsy, and the world just wasn’t as inviting to explore. Even through myriad expansions and post launch support it still fell short, and the brand’s reputation wasn’t exactly helped with the disastrous arrival of Fallout 76 in the years that followed. Bethesda needed to change, and all that hope now sits with Starfield.

Revealed several years ago, Starfield developed an almost ethereal reputation as small slithers of information were fed to us alongside cinematic trailers that always made sure never to give too much away. But as the release window approaches, Bethesda has had no choice but to lift the curtain and finally show us what the space RPG is all about. Acting as the headliner of this year’s Xbox Bethesda Showcase, we were treated to almost 15 minutes of gameplay narrated by Todd Howard himself as he took us on a whistle-stop tour across the galaxy. After all the theories, all the teasing, and all the anticipation – this is totally just a Bethesda game in space. Nothing more and nothing less, and we shouldn’t be surprised. 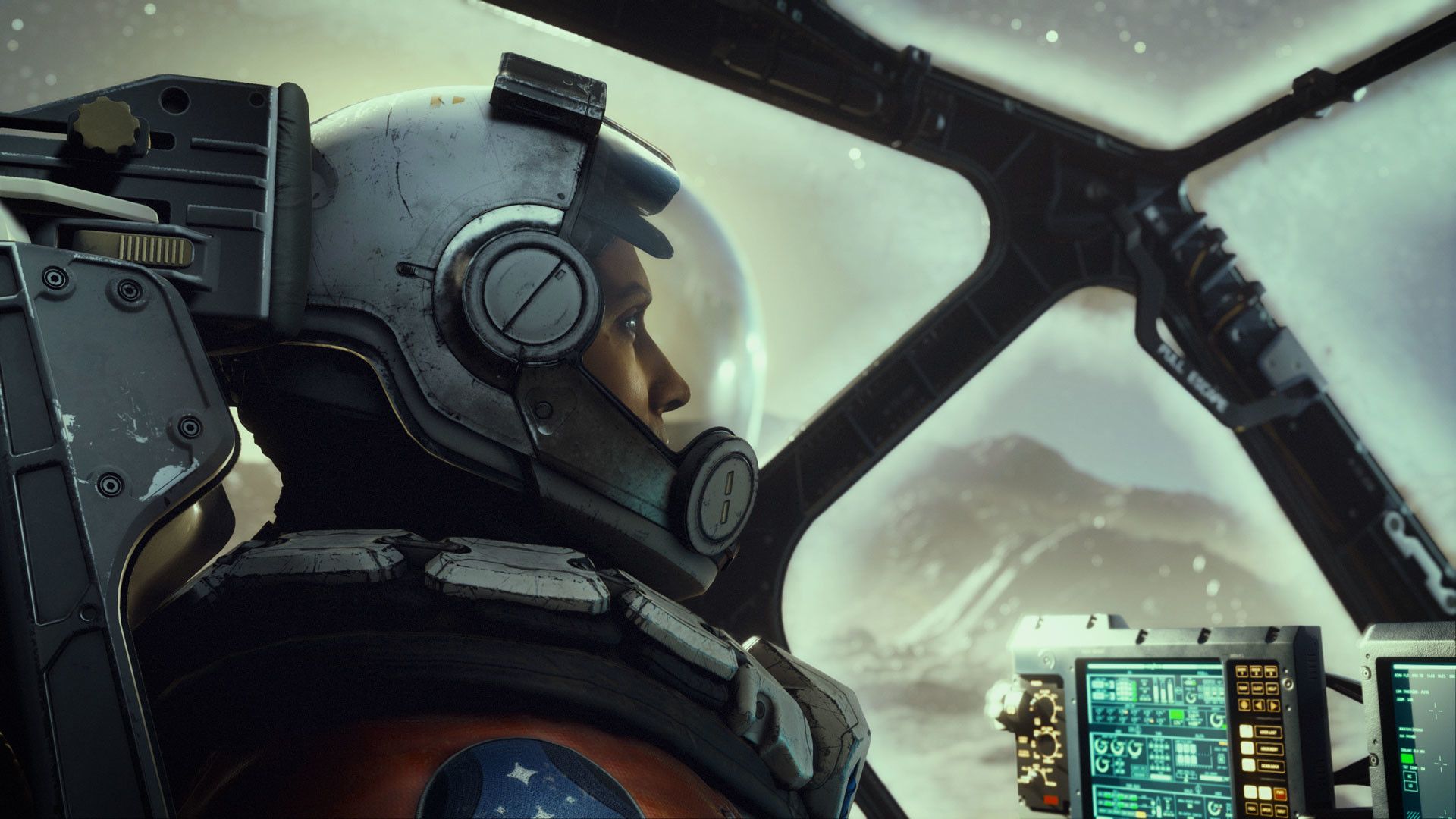 Many of the responses online were quick to point out how it also draws from similar space-faring titles like No Man’s Sky and Elite Dangerous. Mining for resources felt immediately reminiscent of Hello Games’ procedural marvel, while boarding your ship and ascending into the stratosphere matches the mechanical awe of the space flight simulator. Bethesda is clearly drawing from darlings across the genre to construct its own take on things while also adapting aspects from its own history into this new property.

We see the return of first-person dialogue, floating health bars, and firefights with experience points thrown onto the screen whenever an enemy is killed or a new discovery is made. This isn’t a game you’ve played before, but it certainly has all the hallmarks. I’m ready for a game like this, and will absolutely play it for hours, but I’ll be approaching it with an aura of familiarity and a fair expectation of how so many of its ambitious ideas will play out. Todd Howard is a director with a vision, even if that picture in his mind has a rigid mode of execution regardless of the genre it happens to occupy. It’s why Fallout and Elder Scrolls are so similar yet so different. 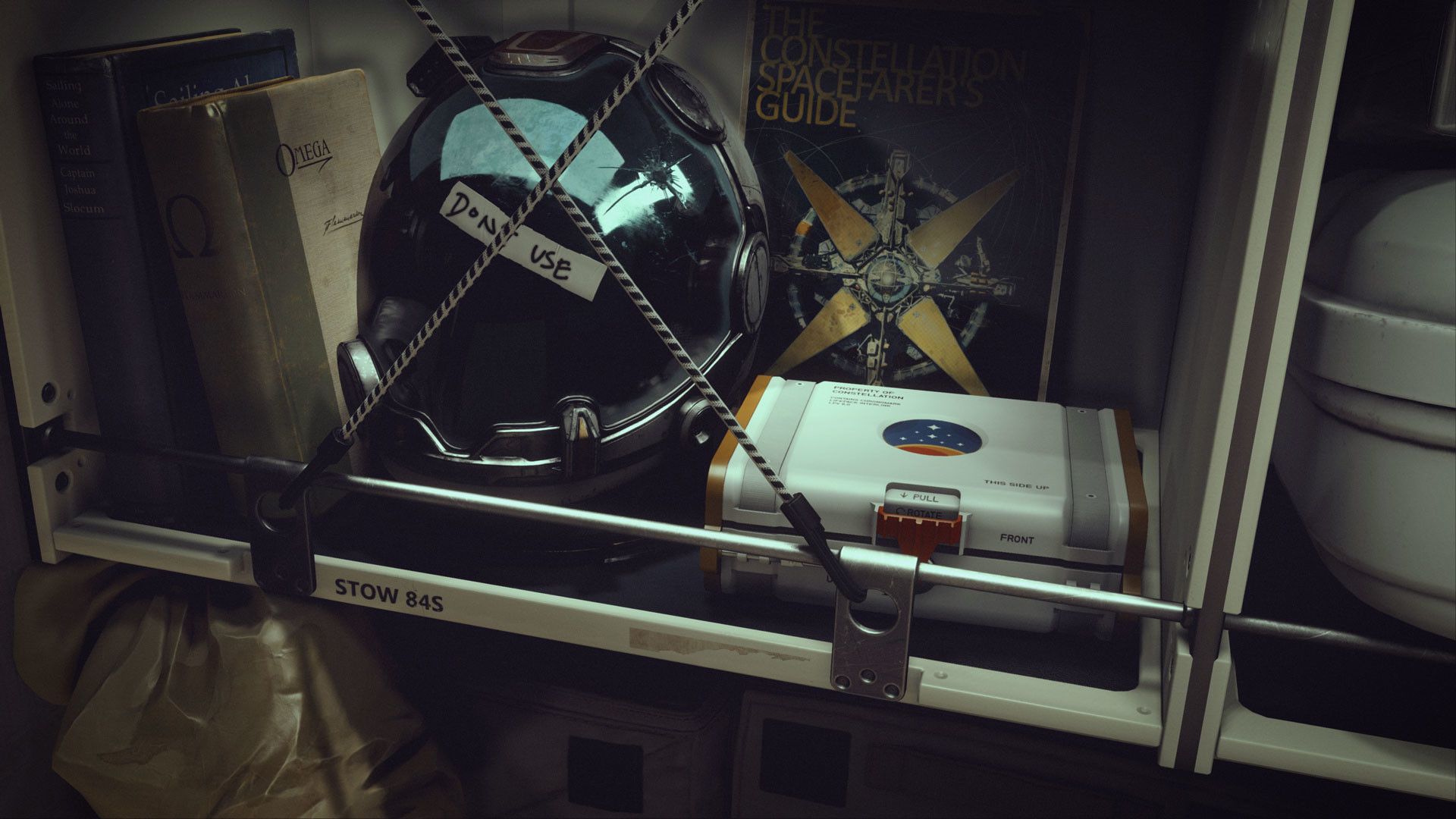 Starfield wants to be a game that takes up the conversation for several years, and potentially has that scale built into its design instead of it merely being a coincidence like it was with Skyrim. You can’t force a response like this, since a fumbled attempt will only result in an avalanche of content that means nothing and never sticks in the memory. We might be able to explore thousands of planets, but if none of them are worthwhile then I’d much rather see a dozen or so fiercely curated playgrounds that play to Bethesda’s strengths. The vision here feels inconsistent, and like it will falter at the slightest bit of scrutiny.

Bethesda’s approach to game design remains stuck in the past, but it hopes to morph Starfield into an RPG unlike any other that encapsulates the cultural zeitgeist and becomes a big player for years to come. The thing is – I’m not sure if it can pull off such a lofty goal without changing the underlying gameplay design, since we can only travel to random planets and engage in firefights inside bland industrial facilities for so long until it gets a bit boring. The storytelling needs to matter, the characters need to matter, and so does our agency in this universe in order for any of it to work. Without that, it’s going to fail. 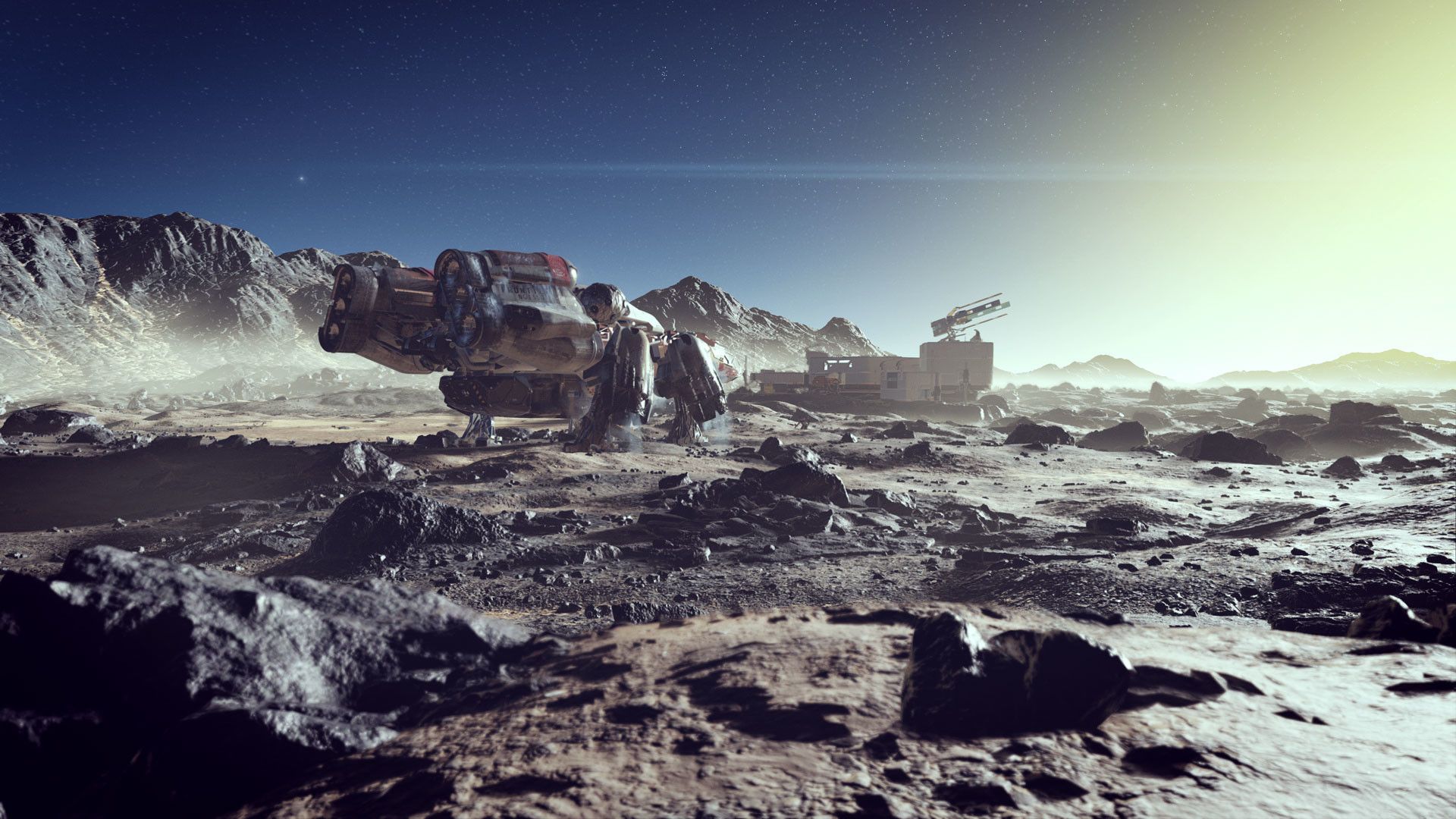 I said this when Fallout 4 launched, and I can’t believe we haven’t moved on in the years since, but Bethesda sorely needs to hit the reset button or risk falling into stagnation. Its games are good, great even, but we’ve seen them all before and I want something more.