The beauty of Stranger Paradise Final Fantasy Origin is the freedom of play style, thanks to many Jobs and Command Abilities. In the latter half of the game, the difficulty spikes, and having a Job with the right teams will be the key to success.

All jobs are viable for completing the game, but an important thing to consider is that your party members should supplement the roles your class cannot perform. 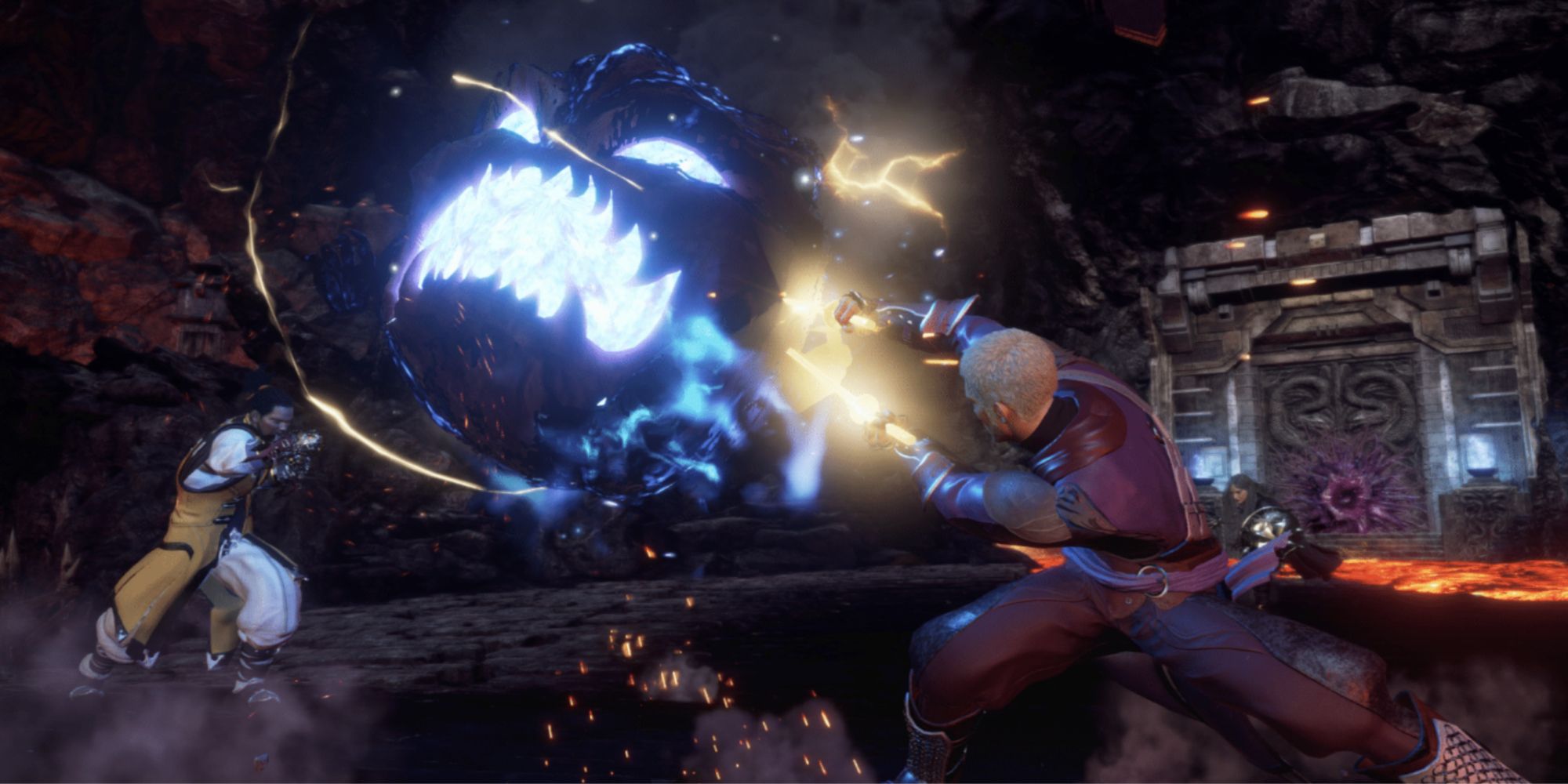 This setup requires Ash to be the Liberator Job and Neon to take the Paladin Job. Neon’s job can be replaced with Knight or Void Knight, depending on preference. The goal of this setup is to create a wall between you and the enemy. If you prefer playing magic focussed Jobs, this is your idea party composition.

With the Job Abilities of the Paladin and the Liberator, Neon and Ash should have the healing power to stay in the front line when you use Resonance, so you can stay back, unleashing powerful spells. For Jack, you can forgo the thought of supporting your allies and select Jobs like Red Mage, Black Mage, or Sage. 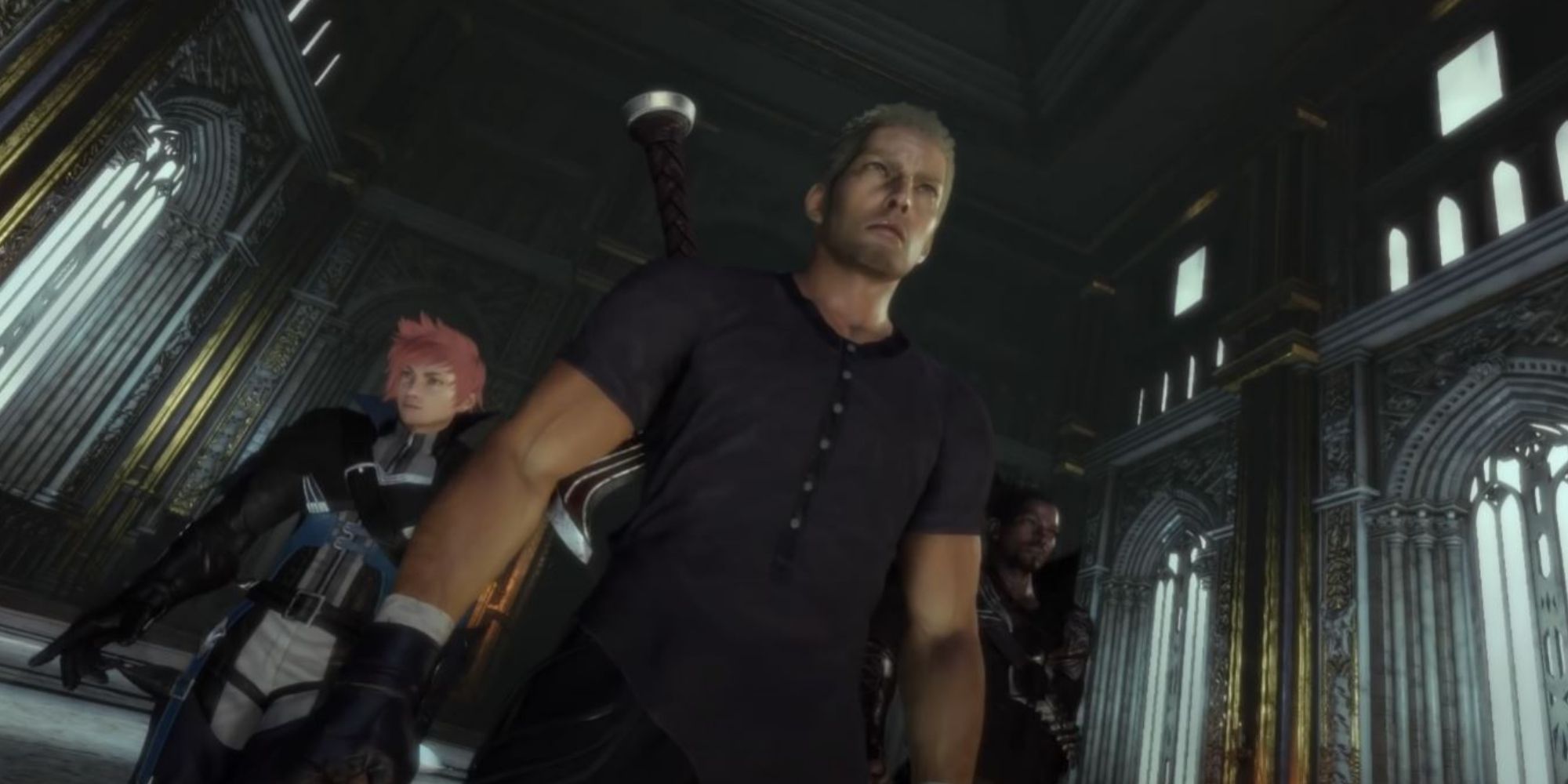 If you are having trouble with a boss and managed to discover they have an elemental weakness, you should go with this setup for tons of damage. Choose the Tyrant Job for Ash and the Ninja Job for Jed. With this combination, the two will target the elemental weakness of whatever enemy they face during Resonance.

This setup is all about damage. If you have a supportive play style or need to finish a boss with an elemental weakness, you should try this combination if you like playing White Mage, Evoker (DLC), Red Mage, or Tyrant. 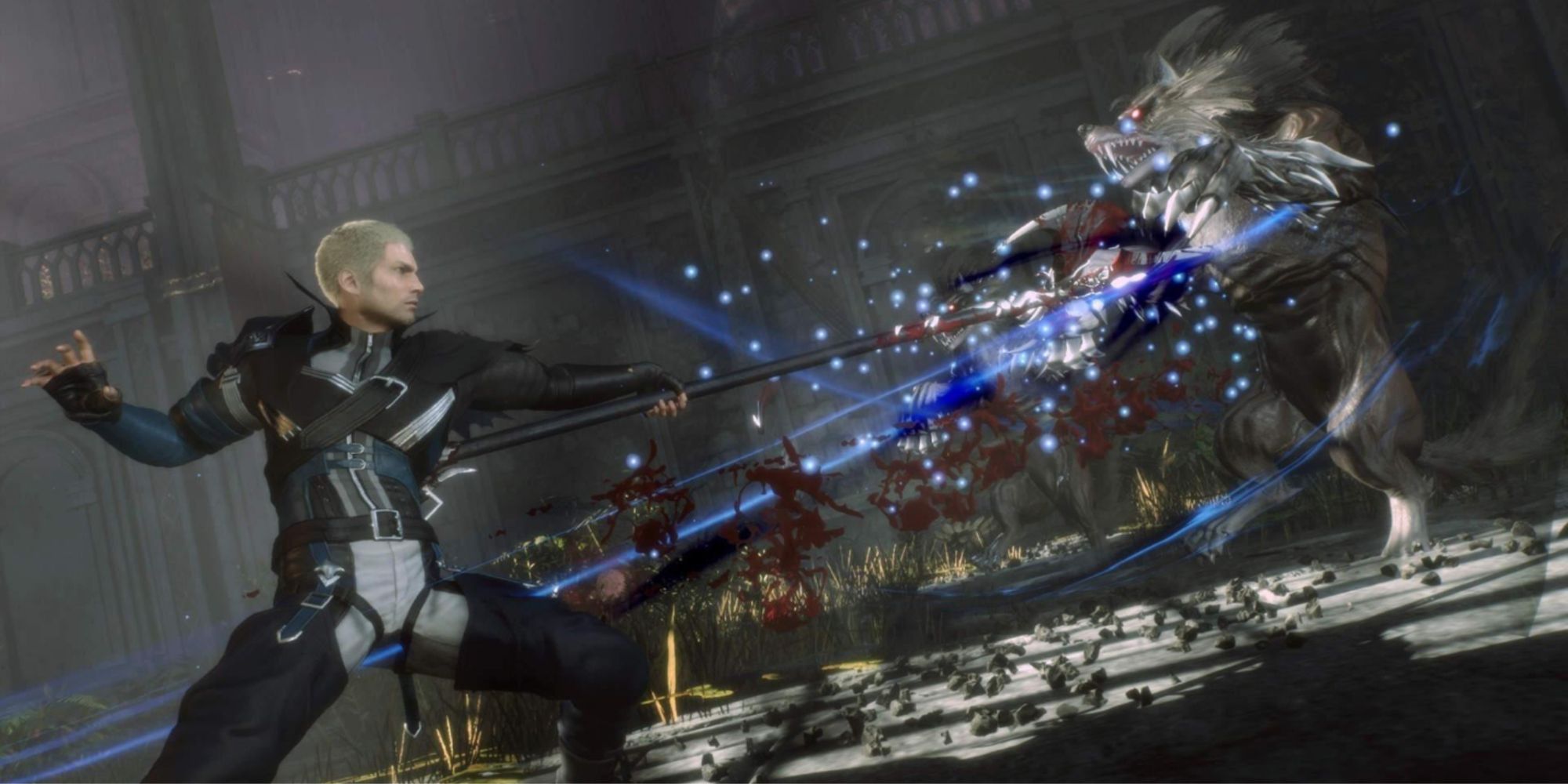 If you like playing physical damage Jobs, this is the setup for you. With Neon as a Red Mage and Sophia as a Sage, her best job, you will have powerful magic attacks behind your melee attacks. Magic spells rarely go wrong in Stranger of Paradise. The only weaknesses of magic is the time to cast and the enemy not having an elemental weakness. Otherwise, magic is always powerful, even if that is not your preferred play style.

This setup is damage focused, with the only support being the rare occasion Sophia uses Cure or any other White Magic. If you are looking for more damage, the recommended Jobs for Jack are Breaker, Dark Knight, Berserker, and any damage-dealing Job works in this setup.

Jed And Sophia Tank and Spank 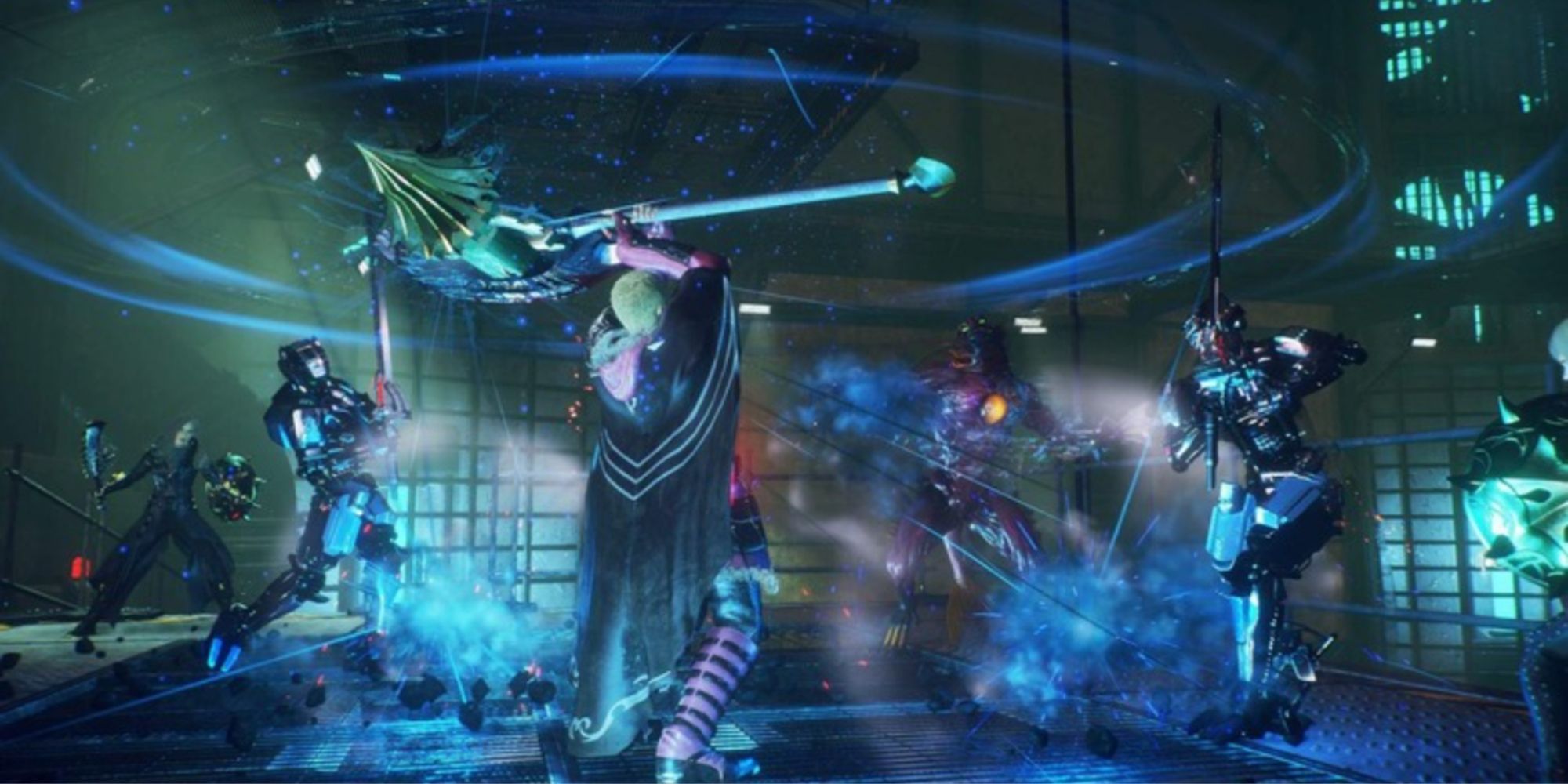 This is another setup with you in the front, this time as the Tank. With Jed as an Assassin and Sophia as a Sage, the two teammates can perfectly perform their roles during Resonance. This setup covers all damage types, with physical and magic damage. Your position in the party is to take the damage and attention of the enemies you come against, so proper use of your Command Abilities is vital.

With Sophia as a Sage, she will support you with magic and healing. Between Sophia and you, it will give Jed the opportunity to do what Assassins do best, strike from behind. Jed will never use the Assassin Job better than any player, but there is nothing wrong with free damage. The best Jobs for Jack for this role are Paladin, Knight, Liberator. 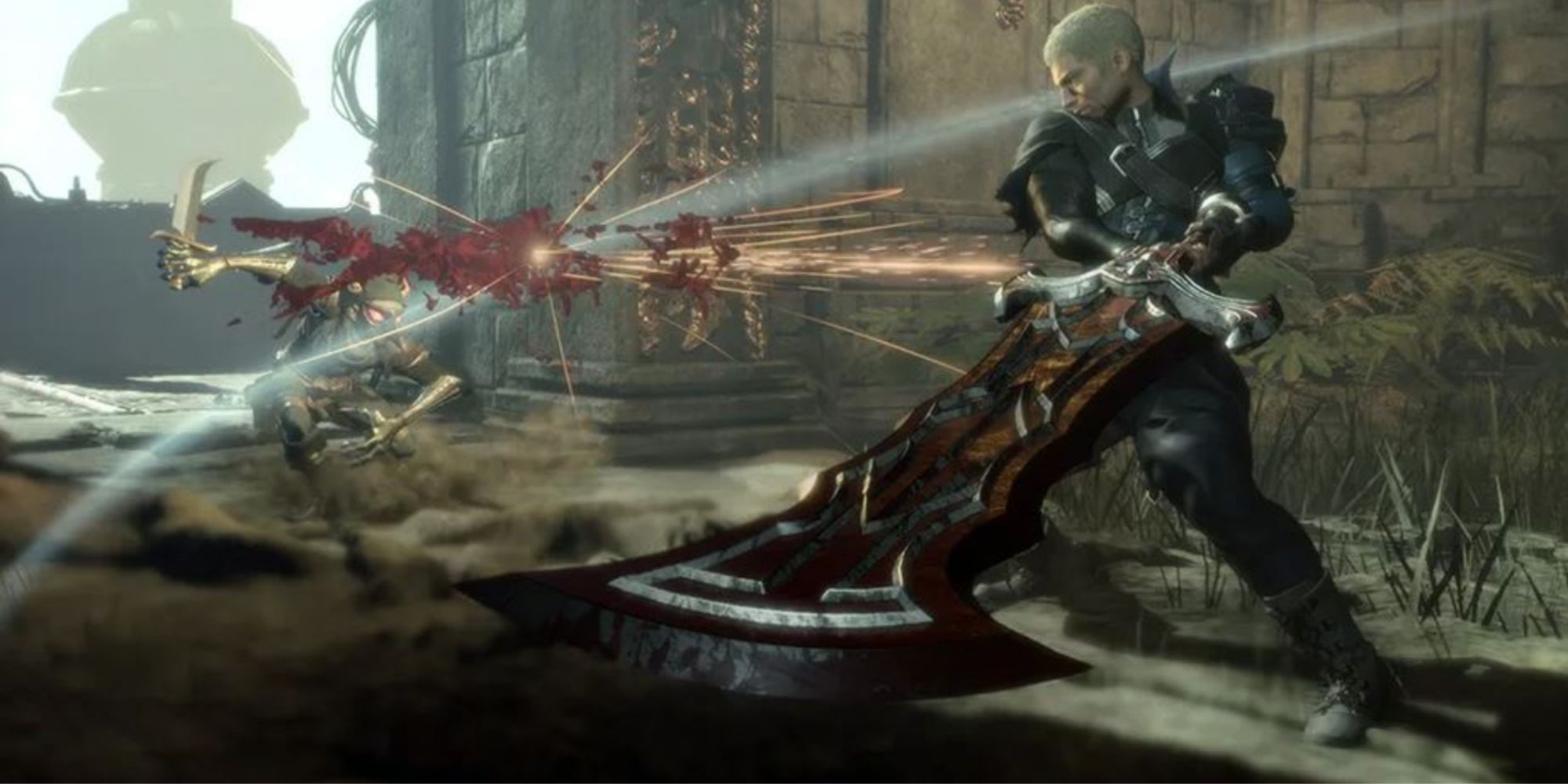 This setup is for you if you prefer playing the fast damaging Jobs in the game. Pick Ash as a Tyrant and Neon as a Void Knight, and in combination, during Resonance, you will be able to find many opportunities to strike your foes from behind. This setup, like the previous one, is designed to cover all the damage types but makes you play as a damage dealer. You could replace Ash with Sophia using the Sage Job. You will have more support but lose a character that can stay in a tough fight. The recommended Jobs for Jack are Assassin, Ninja, Breaker, and Dark Knight.

These are some recommended party setups for Stranger of Paradise. The game offers many other options that perform well in the right situation. So as long as you keep experimenting, you will find the right combination that fits your play style.