Sunset Overdrive is a beloved little gem. Whenever Insomniac Games’ Xbox One exclusive is brought up in conversation a bunch of people will jump in to defend it – showering praise upon its creative parkour, fast-paced combat, and batshit humour that never once tries to take itself seriously. Even ahead of release, fans were enraptured by its colourful tone in a market filled with bland shooters and predictable blockbusters. It rocked the boat.

It’s been almost eight years since the game came out, and I remember getting an Xbox One bundle with a white console and digital download of the zany open world adventure for Christmas mere months after I started university. I then had to lug that bastard and all my other belongings across the country on a train journey because my parents weren’t willing to give me a lift back to campus. Love my family, but this article isn’t about them, it’s about a lovable little gem called Sunset Overdrive that I’m finally getting around to playing after all these years. I dabbled with it back in the day, but now I’m jumping in for realsies.

Sunset Overdrive is cringe. It made my skin crawl back in 2014 with its abrasive humour and super hip dialogue, but now it makes me want to throw my Xbox Series X into the nearest road whenever a character dares to speak. It isn’t well written, and the narrative is awfully basic, but all of these qualities lend themselves to everything the game is trying to be. It doesn’t care if you’re busy laughing at it, because Sunset Overdrive spends every waking moment laughing at itself. It’s an exercise in millennial counterculture that pokes fun at our generation at its very worst and very best, whether it be through how we cling desperately to consumerist habits or sit idly by as the world falls to ruin so we can browse social media. 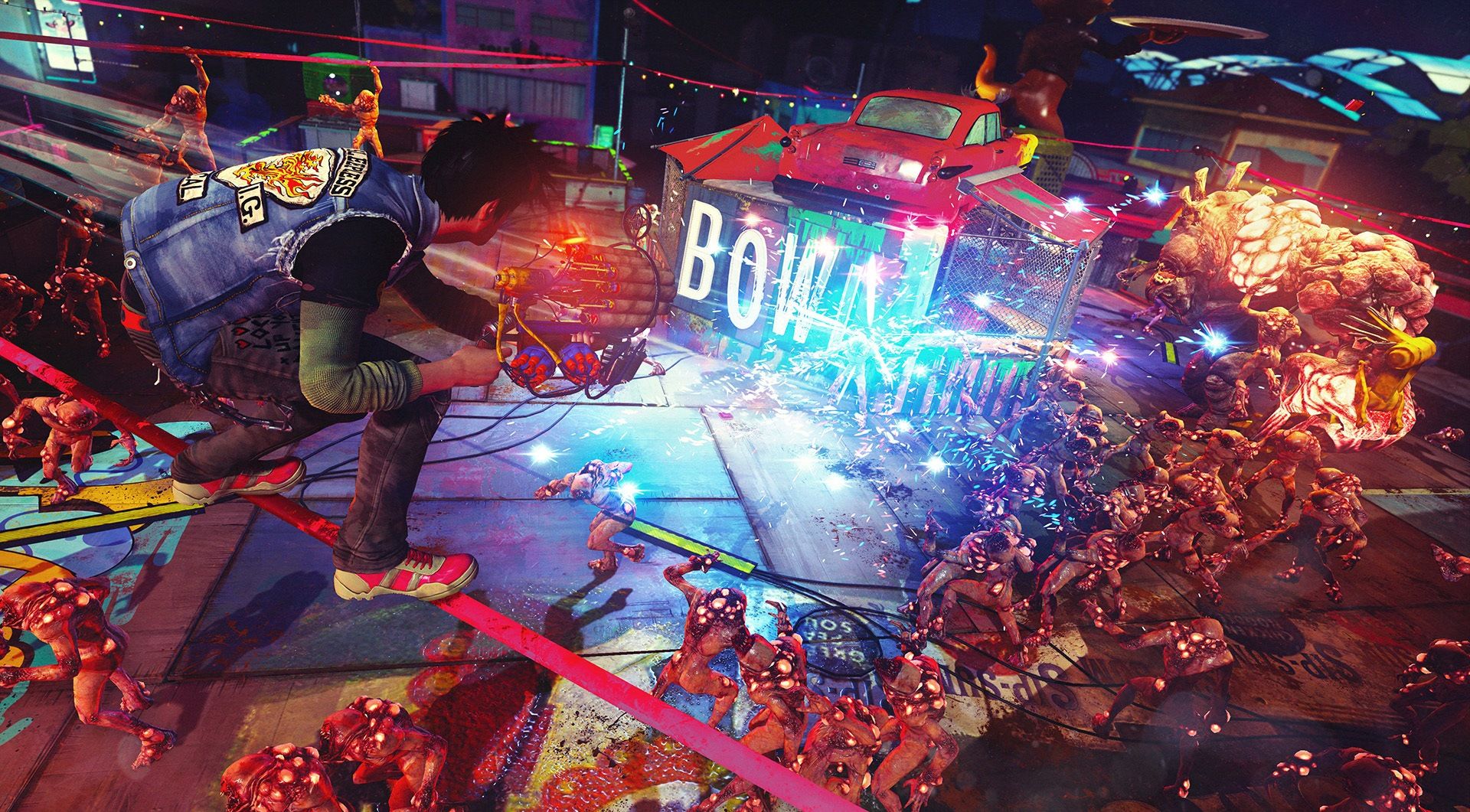 It isn’t clever or satirical, not really, but it establishes a strong enough foundation with ample character and plenty of opportunities to just have fun at the expense of nobody, and even today there are so few games in the blockbuster space willing to do such a thing. Microsoft would go on to cancel similar exclusives with personalities like Phantom Dust, Scalebound, and Fable Legends – meaning Forza, Rise of the Tomb Raider, and Gears 4 followed in the footsteps of Sunset Overdrive with almost none of its infectious charm. A bummer, given this game is Insomniac Games at its wackiest and most inventive, with so many of its hallmarks being carried over to Marvel’s Spider-Man and Ratchet and Clank: Rift Apart.

Sunset City is a dense, simple playground that exhibits many of the same hallmarks of similar open worlds today. After going through a handful of obnoxious tutorials, you’re given relative freedom to explore. Stinky shoes, stray toilet paper, neon signs, and floating balloons are scattered across the environment like agility orbs in Crackdown, providing decent enough incentive to explore and hone your parkour skills outside of story missions. Human and monster enemies roam the streets, but getting away from them is trivial enough that their presence never feels like a barrier for discovering this world on your own terms. 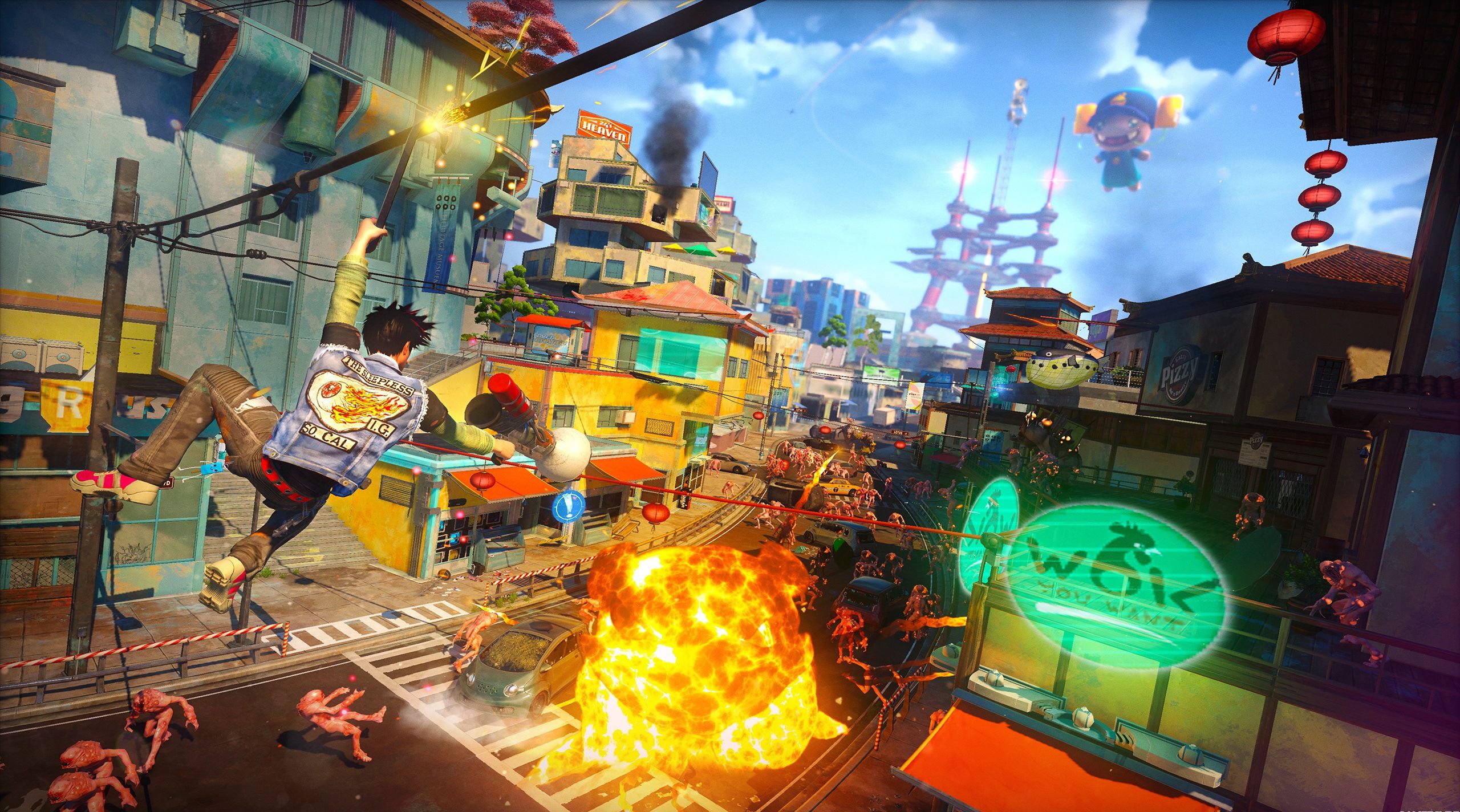 I’ve heard complaints in the past about how movement in Sunset Overdrive has no consequence. You aren’t asked to maintain balance or perform combos to stay above ground, with the game understanding that removing obstacles from player movement only serves to make the experience more enjoyable. This is an especially prescient decision given combat encounters can make following the action hard enough anyway, let alone if you dare to throw a scoring system and more nuanced parkour into the mix. It’s simple for a reason, and wants to fulfil an unrealistic power fantasy of a foul-mouthed millennial causing chaos amidst the apocalypse. All these years later it pulls that off, and it’s still damn good fun.

Sunset Overdrive can grow boring. Combat tries to deepen itself through the use of weapon modifications and unique abilities, but it seldom goes beyond just bouncing around small arenas and unleashing a continuous stream of fire until everything around you drops dead. Outside of tower defence sections that are too demanding for their own good, it never really changes, and thus you’ll pick a favourite set of weapons and stick with them until the credits roll. Yet Sunset Overdrive is also a game that delivers more if you’re willing to experiment with its ideas. You could stay on the ground and fire guns like a straight shooter, but the real fun comes from treating the pavement like lava and never once touching it at all. 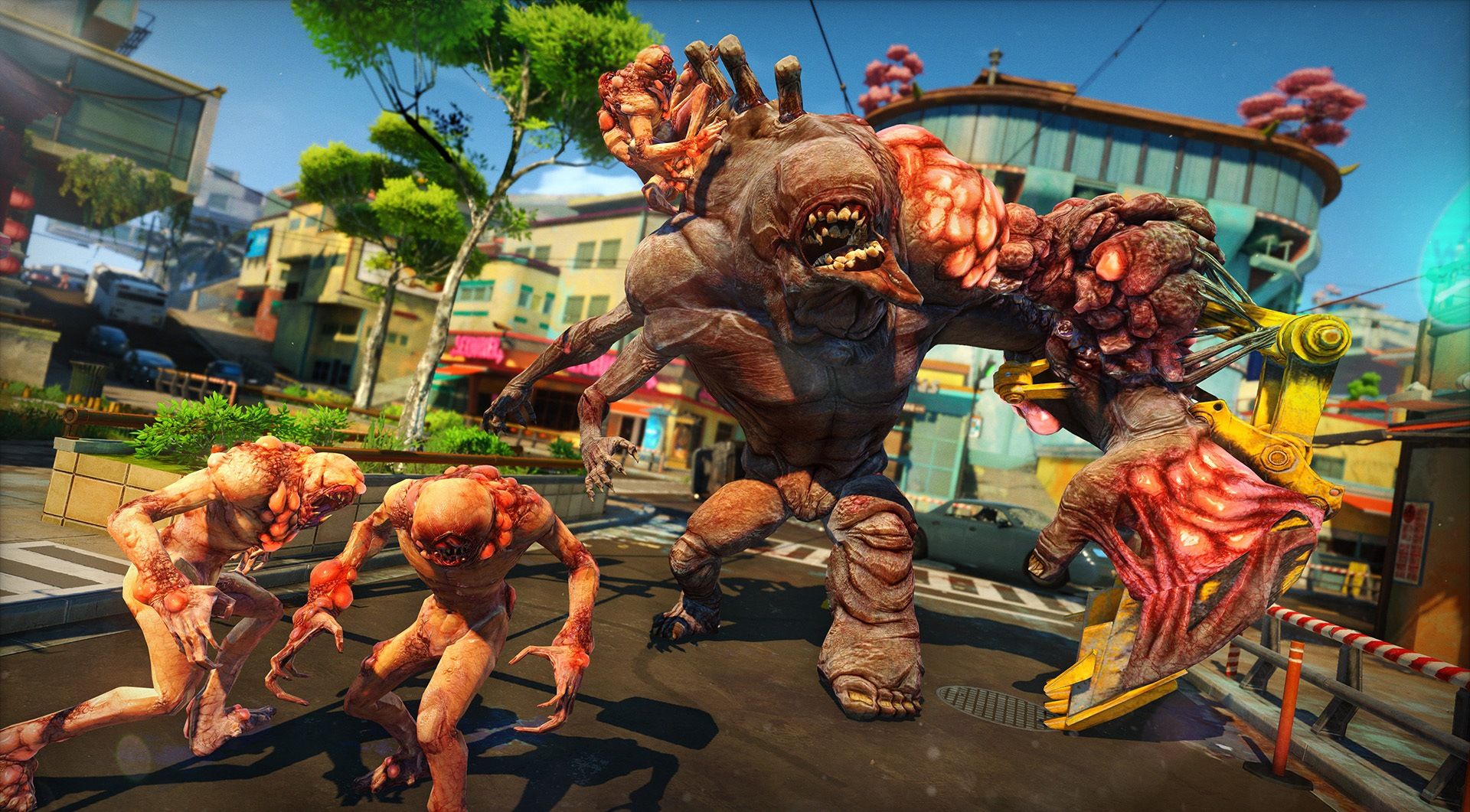 That’s how I’m approaching things with my new playthrough, aiming to see things through to the end by enjoying Sunset Overdrive how it was intended. That still doesn’t mean I don’t have problems with it though. Side missions are painfully rudimentary. NPCs will ask you to defend a certain point on the map or defend a generic object, while traversal challenges aren’t nearly long enough to feel interesting. Buying new weapons and items doesn’t have the impact it should, which is a shame, while the game is filled with outdated references to a console ecosystem that has abandoned everything it once stood for. My character even went, ‘Xbox, you better get ready to record that!’ before a side mission, dating things immediately and making it so much harder to appreciate. Like I said, it’s really cringe.

I don’t believe Sunset Overdrive is worthy of the reverence so many laud upon it, but I also understand perfectly where these people are coming from. This game is bright, colourful, rebellious, and takes inspiration from countless classics while making sure to also craft its own distinct identity. It could have been the start of a new franchise, or at least worthy of a franchise, but instead remains playable in its original state will all the foibles that continue to hold it back. Despite its inventive parkour and zany tone, nearly everything else about it is either predictable or archaic in the worst way. But I’m still having so much fun with it, and keep finding myself hoping that maybe one day this property will be brought back from the dead. It’s in Sony’s hands now though, and if it ain’t making Spidey money, maybe it just doesn’t care enough to revive a game so intrinsically linked to its biggest rival.