It’s me, I’m writing about Marvel Snap again. I’ve written multiple features about the great locations, the overpowered one-cost meta in Pool One, and how the mobile game deserved better at The Game Awards, but I’ve never really delved into the decks I actually play. That changes now.

I’ve got a deck for every archetype in Marvel Snap, and sometimes more. I’ve got movement decks, discard and destroy decks, and – I’m sorry – a Ka-Zoo deck. But I’ve stopped using all of these in favour of decks based around two cards: Sunspot and The Infinaut.

The Infinaut is an incredibly powerful card, costing 6 energy but boasting 20 power. The catch is, you can’t play any cards the turn before you play him. Still, that’s an impressive statline even with the drawback. There are a few ways to reliably play Infinaut, but I haven’t pulled Hela yet so at the moment, I’m committed to skipping turn five. That’s where Sunspot comes in. A mere 1/1, Sunspot’s ability means that any unspent energy is added to its attack at the end of your turn. Skipping turn five not only allows you to play The Infinaut, but also guarantees you a 1/6 Sunspot. 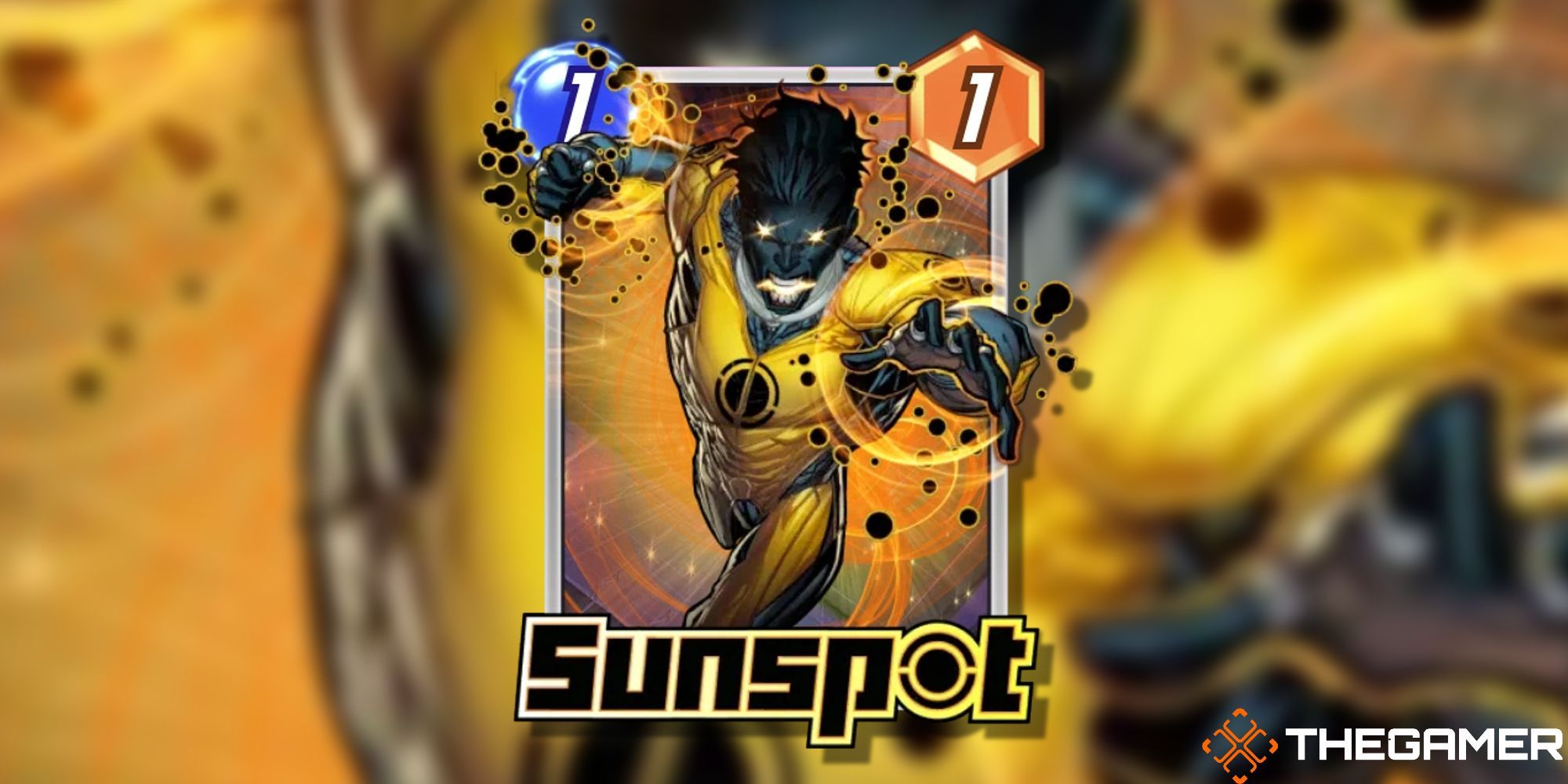 Obviously I have ten other cards in this deck, but they don’t really matter. Jessica Jones works well if you play her on turn four, Armor protects against opposing Killmongers, and Jubilee is a nice hail mary if you haven’t drawn any of your big hitters in time. I’ve got a few variants of this deck, one that adds in Devil Dinosaur and Moon Girl as an alternative win condition, and one that relies on Hobgoblin and Shang-Chi to disrupt my opponent while I set up the big guns. But, as I said before, what else is in the deck doesn’t matter.

Since the new season reset, I’ve been climbing my way up the ranks, starting from Gold. In most of these matches, I only play two cards. If Sunspot and The Infinaut are in my opening hand, I immediately Snap. I play Sunspot on the first turn and The Infinaut on the last, and nothing else. This gets Sunspot up to 15 power, and The Infinaut has 20, which is usually plenty to win two locations. You see, I think opponents avoid playing in the Sunspot lane as they expect me to load it up with other cards as well as my ever-empowered one drop. 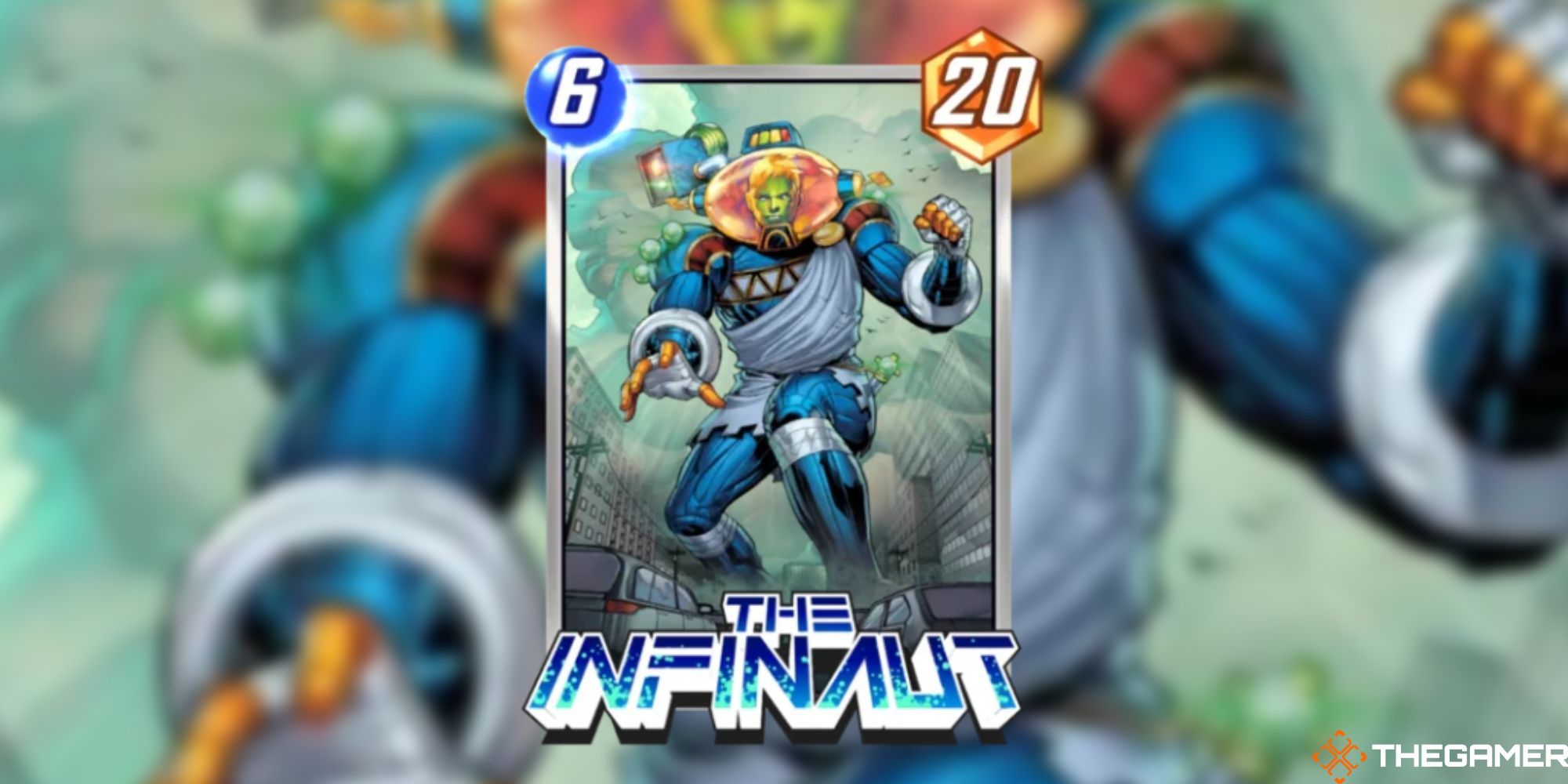 Even at Gold rank, I think I played a fair few bots. My usual test is saying a quick, “Hello” to my opponent: if they don’t respond, they’re either a bot or a bore, and I don’t take the match too seriously. Sunspot, snap, wait, wait, wait, Infinaut, eight cubes thank you very much. I’ve gained more cubes this season from these two cards alone than any of my complicated and efficient decks.

If I’m up against slightly more accomplished opponents, who I can see are setting up their Heimdall, buffing an Apocalypse, or similar, I’ll play Jessica Jones on turn four, too, just to secure Sunspot’s lane. If I get Killmongered, I simply retreat (sorry, boss) If I’m coming up against some Pool 3 bullshit (I’ve only got a couple of subpar cards from Pool 3 so far), I’ll play my deck as it’s meant to be played, using more of my cards and unveiling some actual strategies.

I’m sure this run will come to an end soon, but it’s carried me well into Diamond and I’ll continue to play it as long as it works. Sunspot and The Infinaut are a potent duo, and I’ll avoid playing any other cards if I can avoid it.