There are quite a few quirky battles in this route. We start off with an execution, get to loads of recruitment, and then experience a string of protracted battles against the undead forces of an old enemy, Nybeth himself. 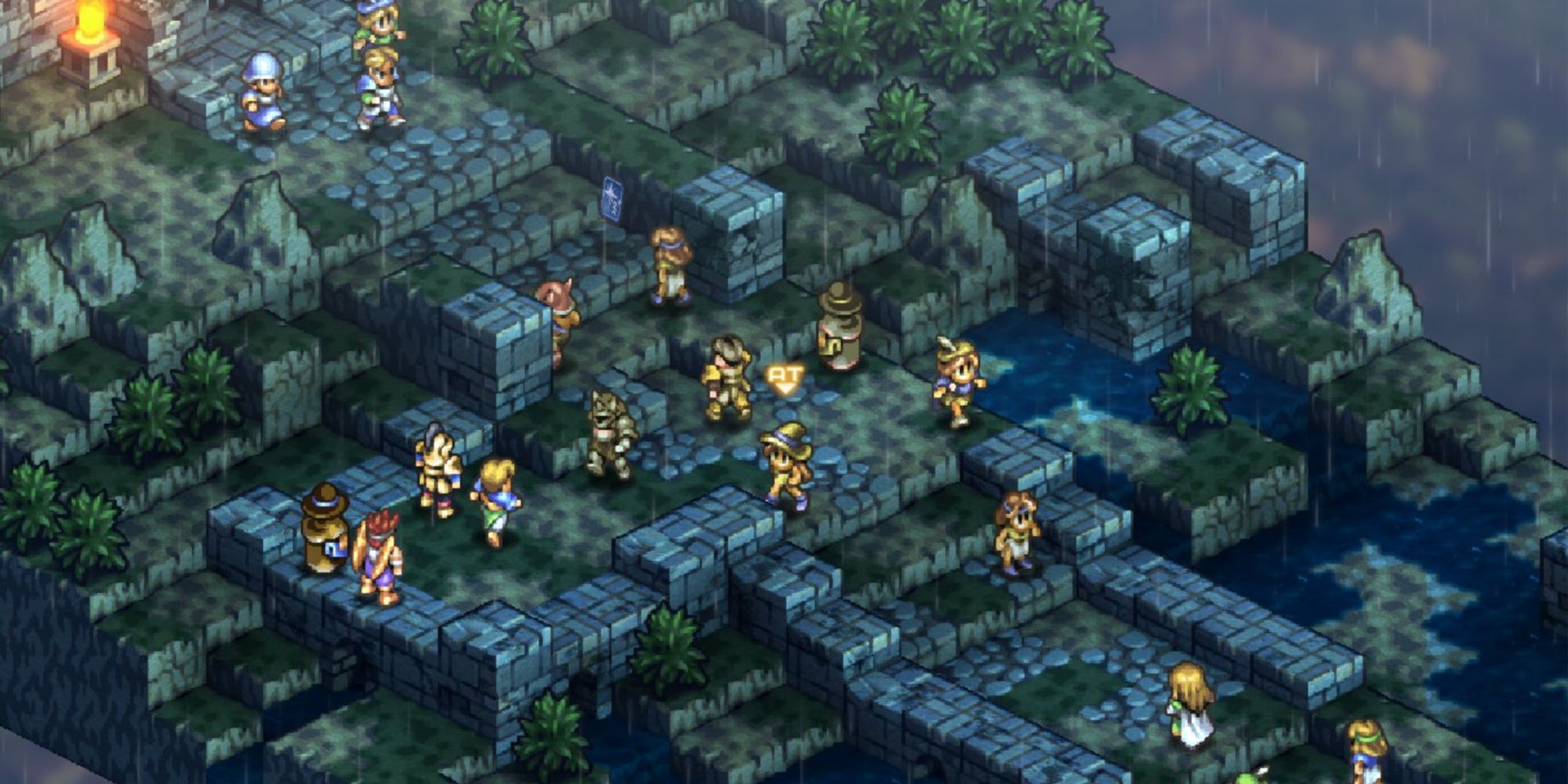 This battle is as close to a gimmick battle as Tactics Ogre gets.

After the battle, try to move anywhere else to see a scene with Warren and Mirdyn. Mirdyn will join your party afterward, and you'll get some White Knight Classmarks to boot. Boed Fortress is your next destination. 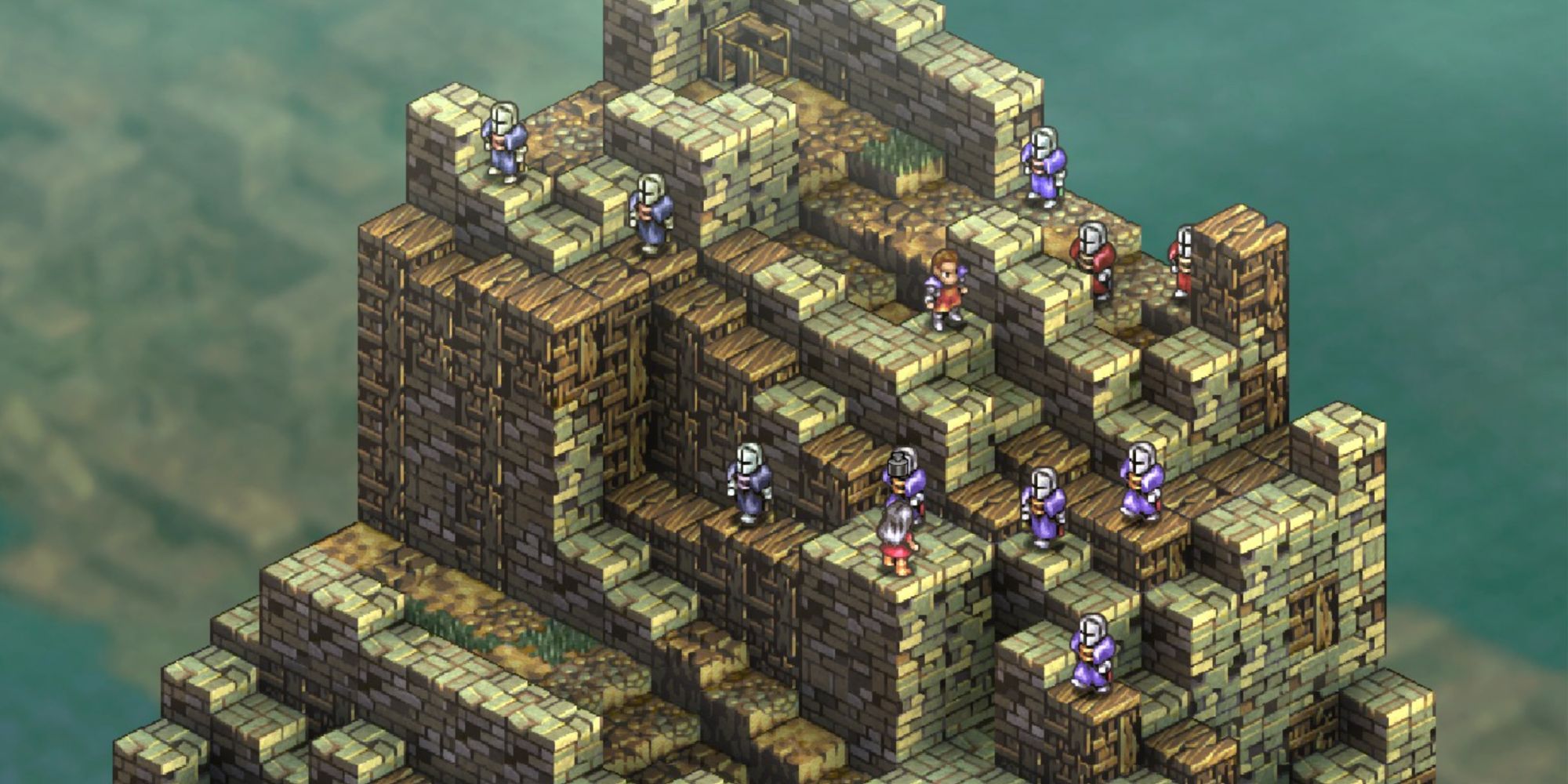 If you want to recruit Cerya, she must survive this fight.

Almorica was just a warm-up for this fight.

After the battle, return to Almorica Castle to progress the story. The next destination in red is Port Asyton, but you'll get ambushed at Tynemouth Hill beforehand, so be prepared. 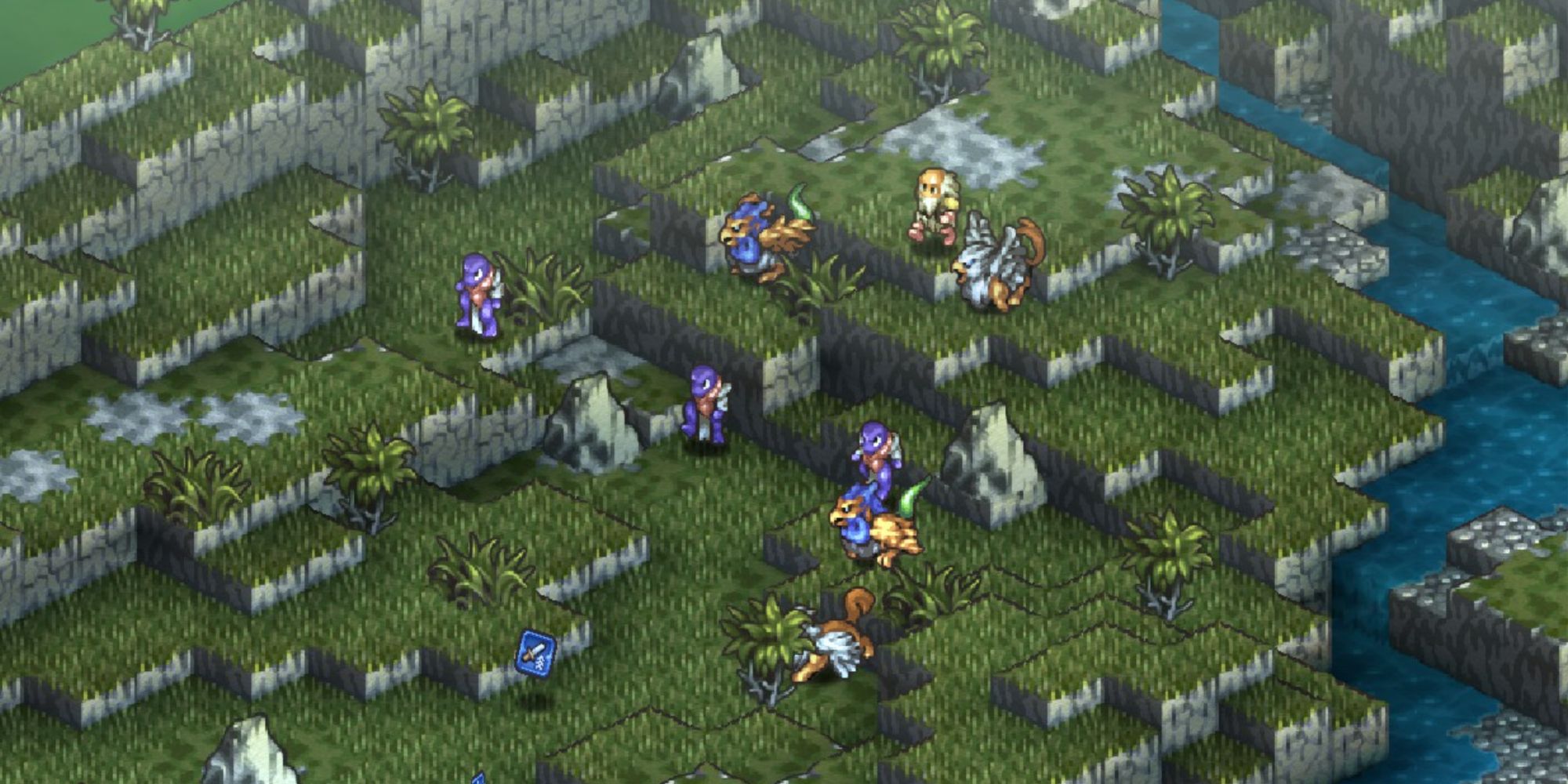 A rematch with Ganpp and his beasties! Be wary, though.

Before continuing on to Port Asyton, go south to Krysaro to view a cutscene with Leonar. After this, there's an optional battle at Qadriga Fortress in which you can recruit some new characters. 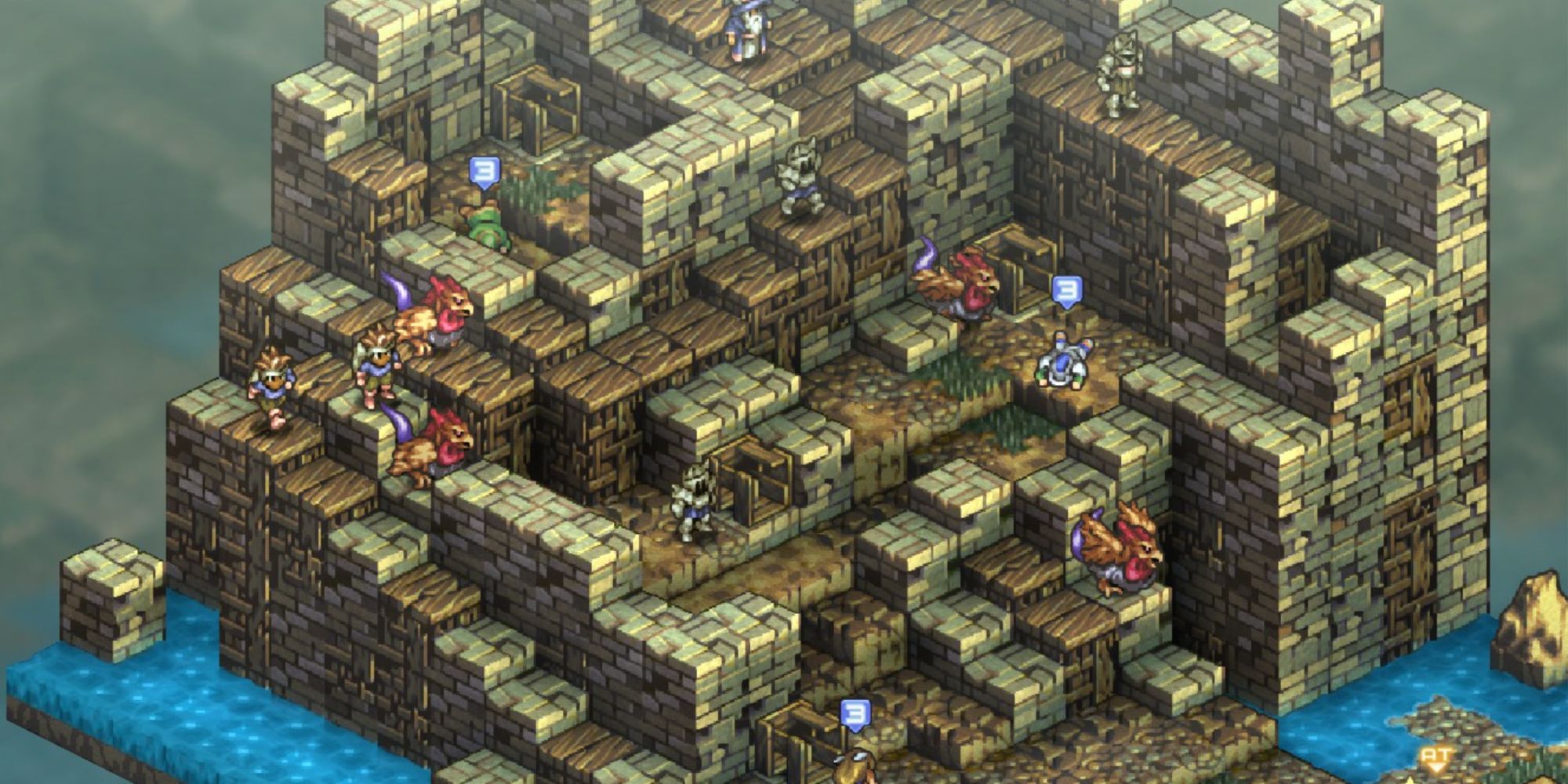 This battle starts with some guests already incapacitated, and it's a race against the clock as a result.

Once you finish this fight, you'll recruit the three guests as long as they survived. Phaesta is a Valkyrie, Tamuz is a Knight, and Chamos is a Wizard. They're all decent.

More importantly, you'll also get a cutscene in which you meet Hobyrim. Choose the first choice twice when prompted to recruit him. He's an excellent Swordmaster. 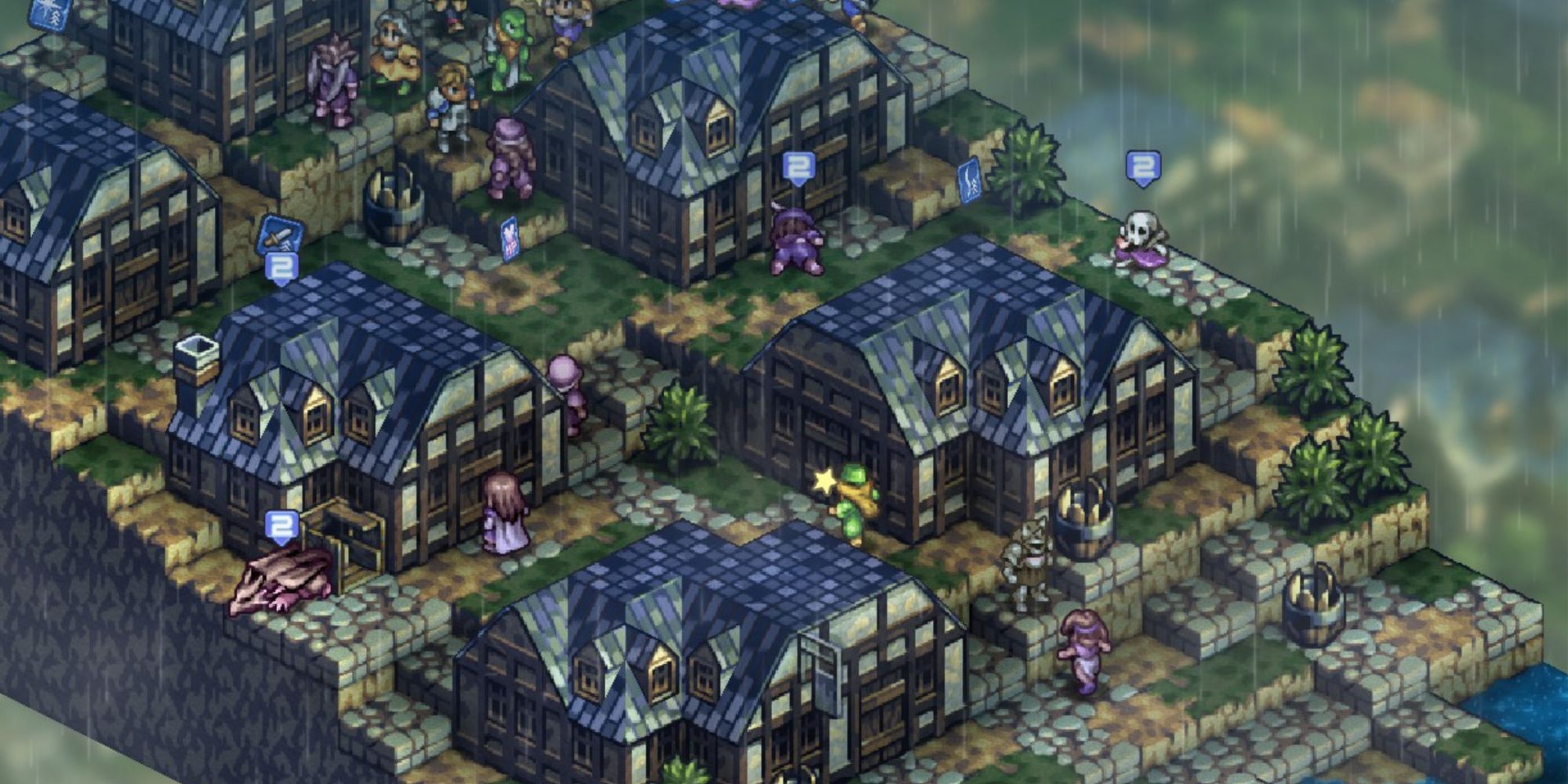 Oelias and Dievold must survive this battle if you want to recruit them.

All in all, this isn't a tough battle. It's far easier here than it was in other versions of the game.

After the battle, let Oelias and Dievold join you – they're pretty good for a Cleric and Terror Knight. 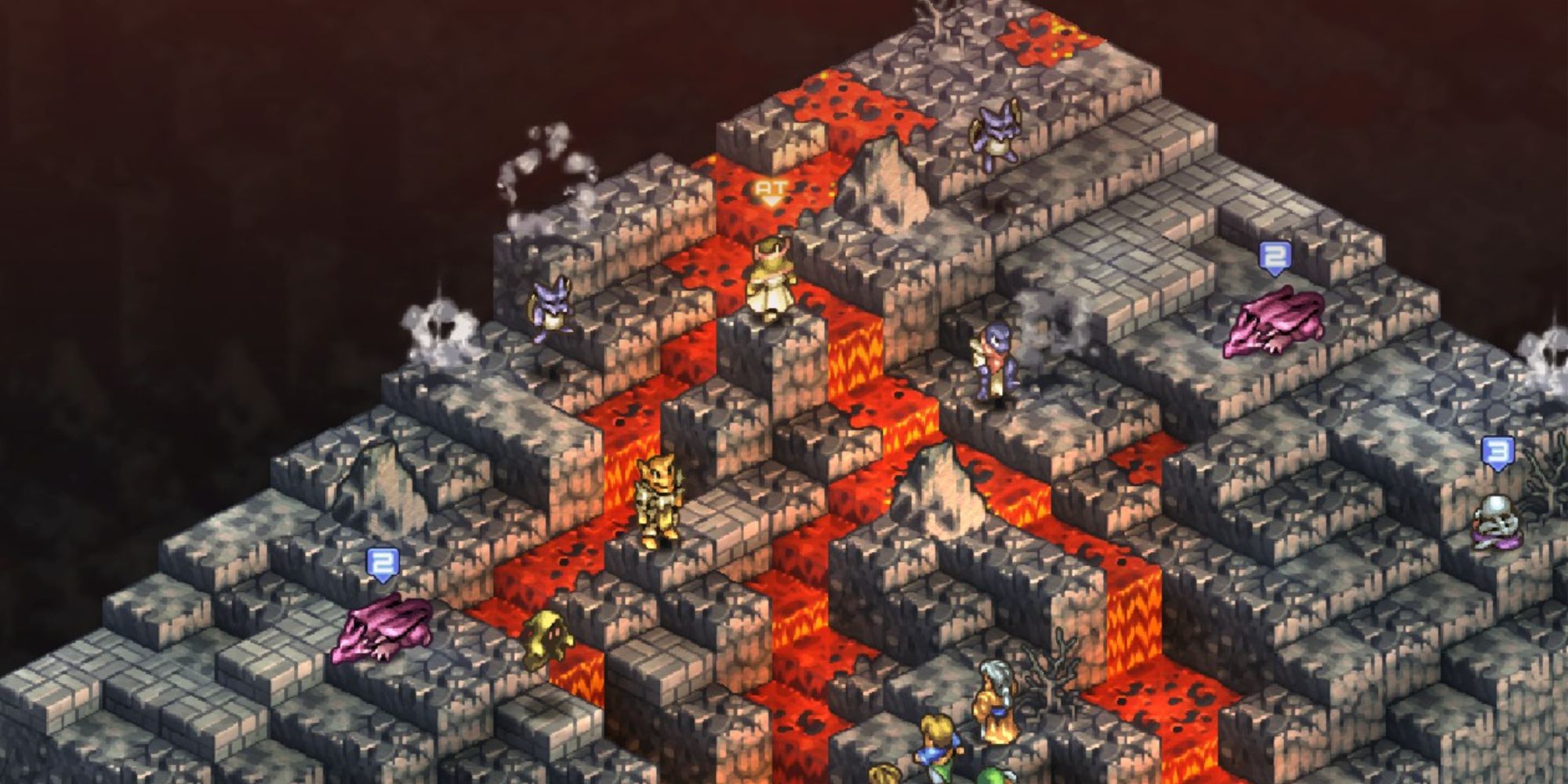 This is the first of three battles against a family of necromancers.

All in all, not a terrible fight. 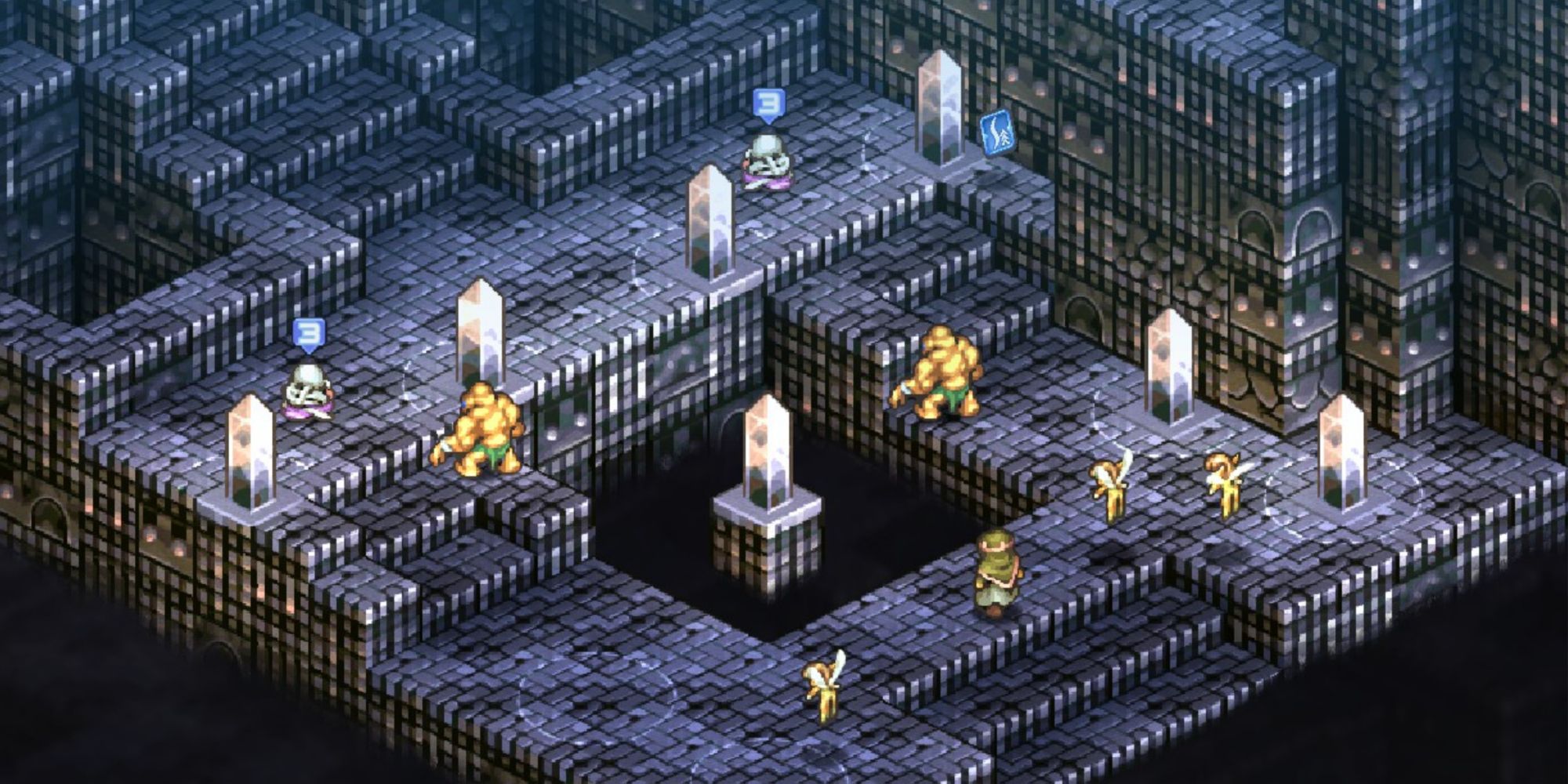 Cressida, who you can actually recruit if you go for the pure Chaos path, makes for another mean necromancer. 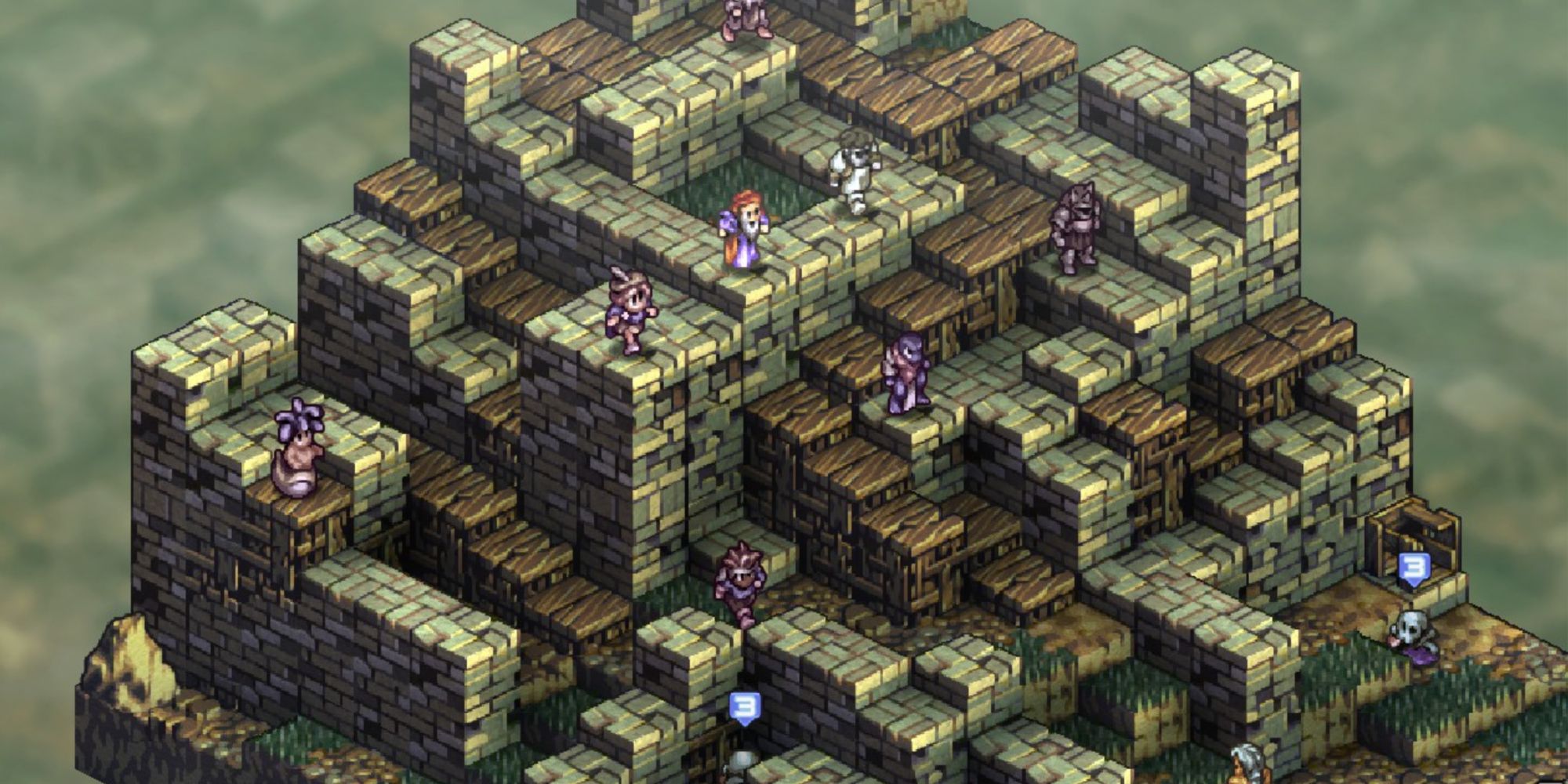 Notably, there's some infighting on this map. Looks like some of Nybeth's creations aren't too happy about their new existence.

Go to Almorica once you come out on top here to progress the story.

Stronghold Battle: The Gates Of Coritanae 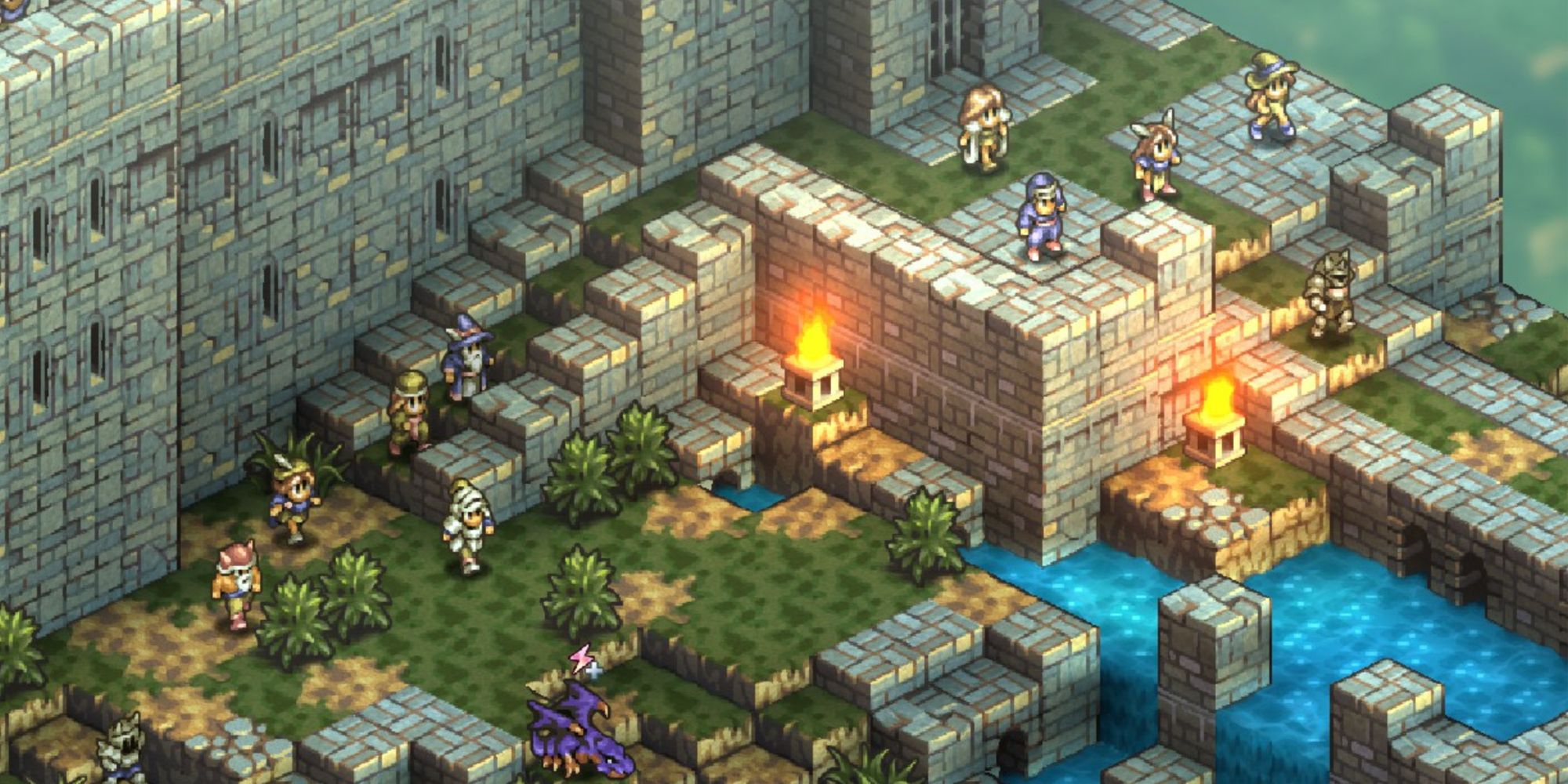 Avoid splitting your party here! That's the last thing you should do.

With that done, it's time for the second stage of this stronghold. 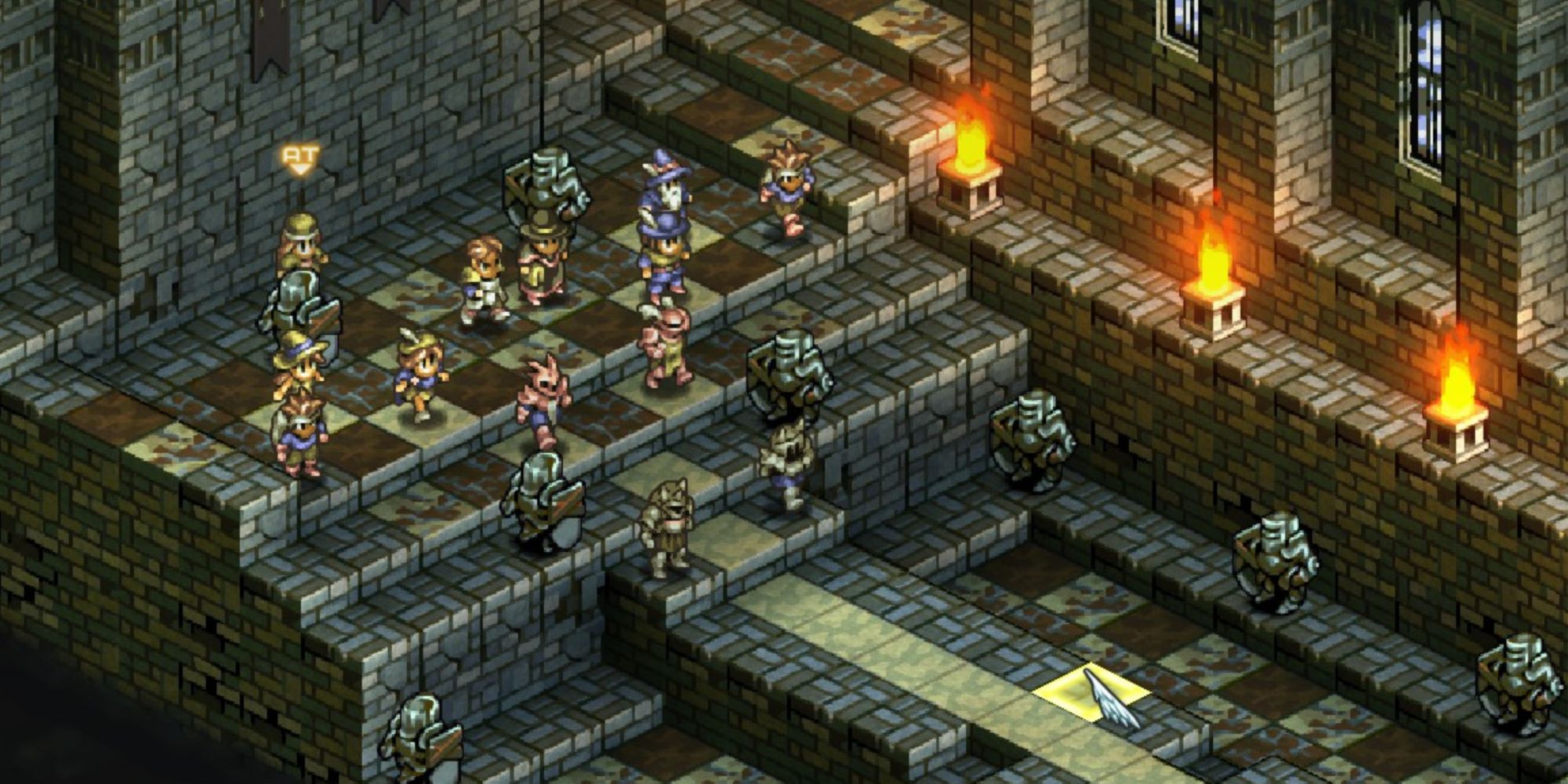 The enemy team for this fight is very balanced.

This battle doesn't have too many tricks up its sleeve, but can be tricky. It can feel like a battle of attrition on an unfair battleground thanks to the bridge in the middle – use Rampart Auras and ranged fighters to the sides to come out on top. 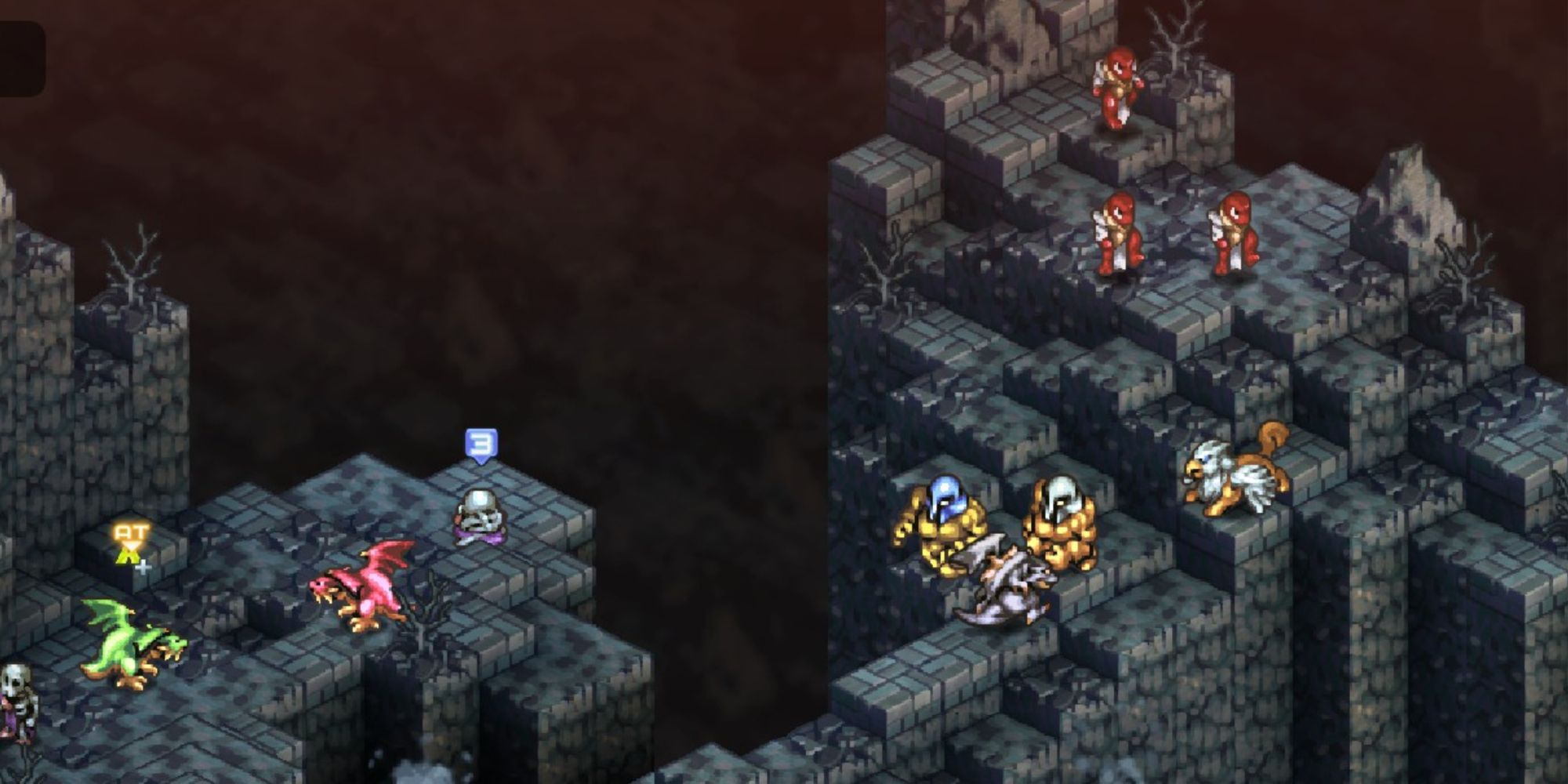 Something you'll notice early on in this fight is that there are actually two different enemy teams here, and they will fight each other. The Lizardmen and Golems are on one team, with everything else on the other.

As long as your placement isn't too rough and you have some exorcism methods handy to deal with Skeletons, you should be golden.

Story Battle: The Arkhaiopolis Of Rhime 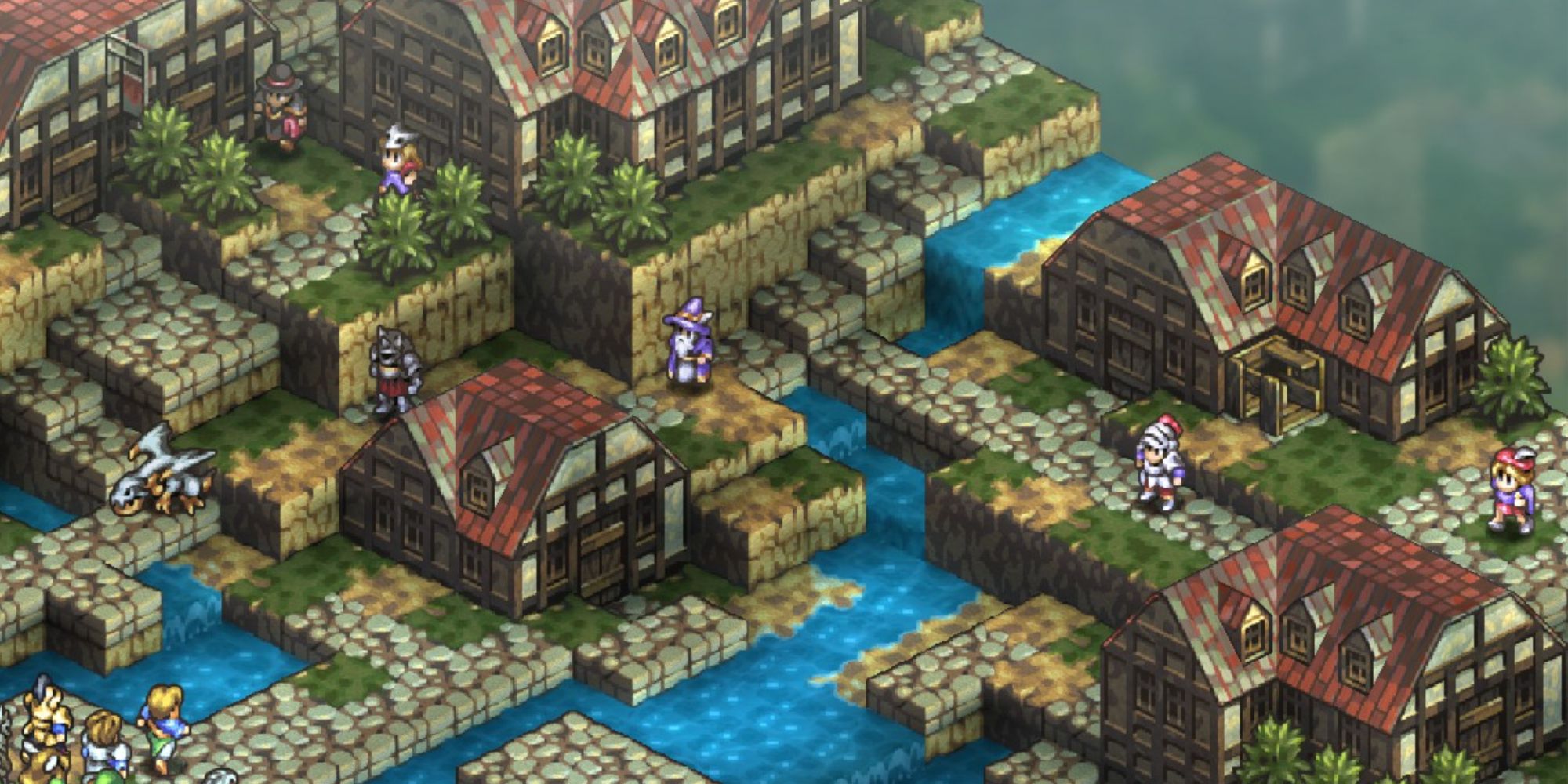 All in all, this is an easy fight. You should be able to mop it up without much fanfare. After this battle, witness the scene and then head back to Almorica for more. It's time to take Phidoch Castle.

You get to choose which side of Phidoch Castle you tackle from, the West Curtain Wall or the South Curtain Wall. The former has a great deal of Golems to take on, and the latter has powerful spell casters and an abundance of Clerics. The latter is likely the easiest. 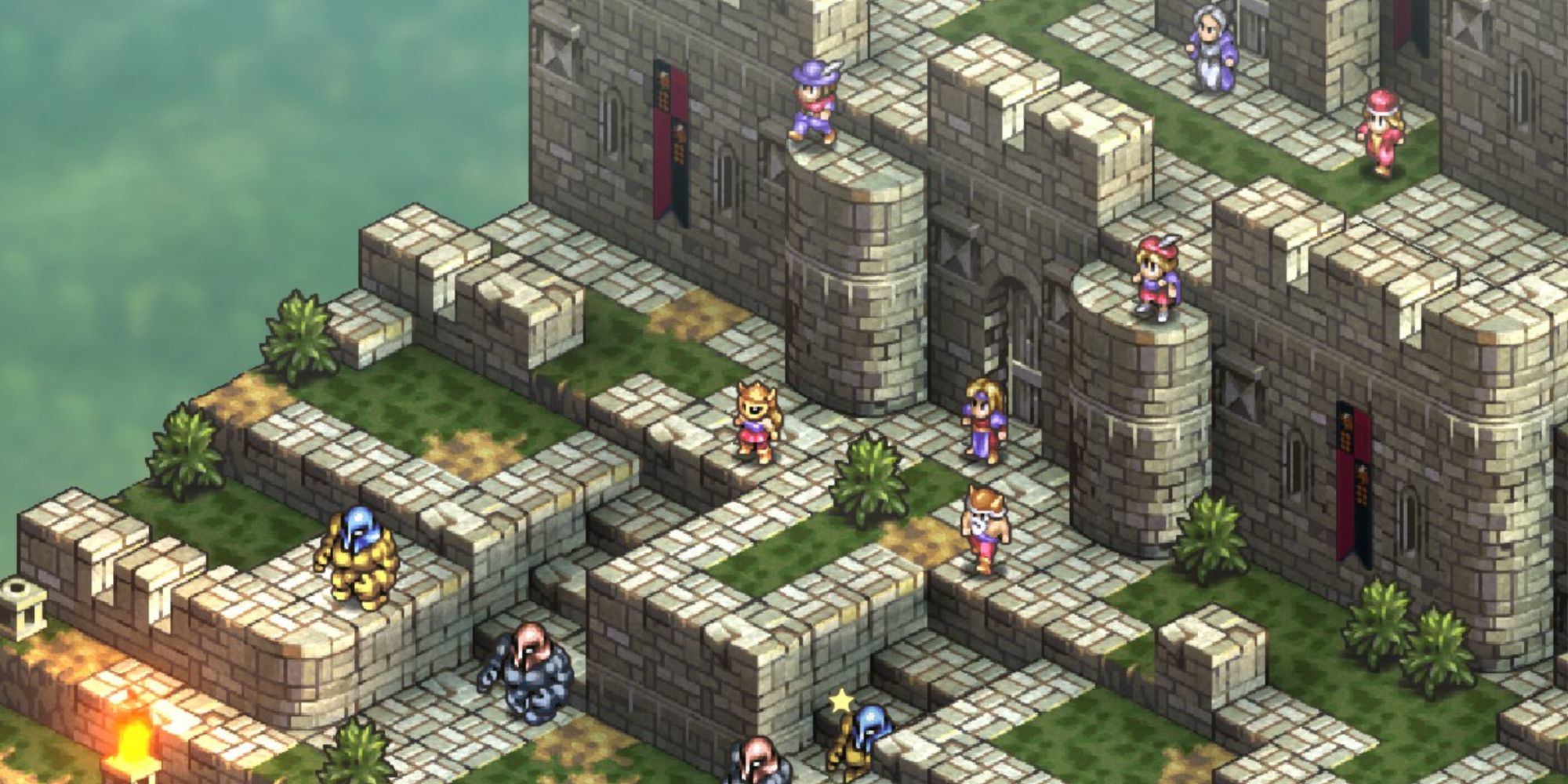 This can be a pretty long fight if you're not prepared for how much bulk they throw at you.

The main problems here can be solved by paying close attention to your HP and being liberal with healing items. 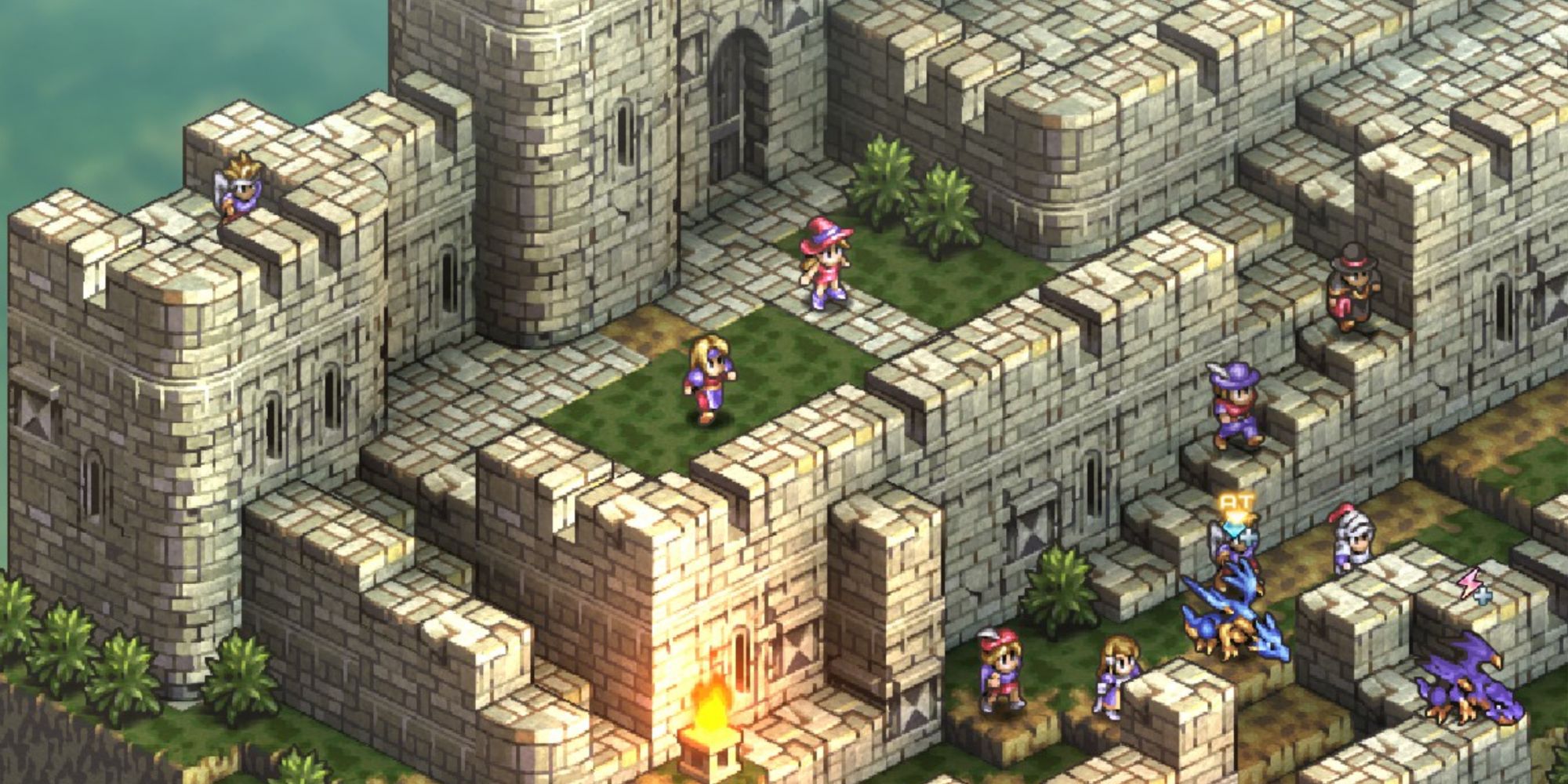 There's quite a balanced enemy party to deal with here, but they aren't too tough.

Vestiarri should fall quickly once you reach her. She's just an Enchantress, after all.

No matter which route you chose, you'll get the Codex of Gems for winning. 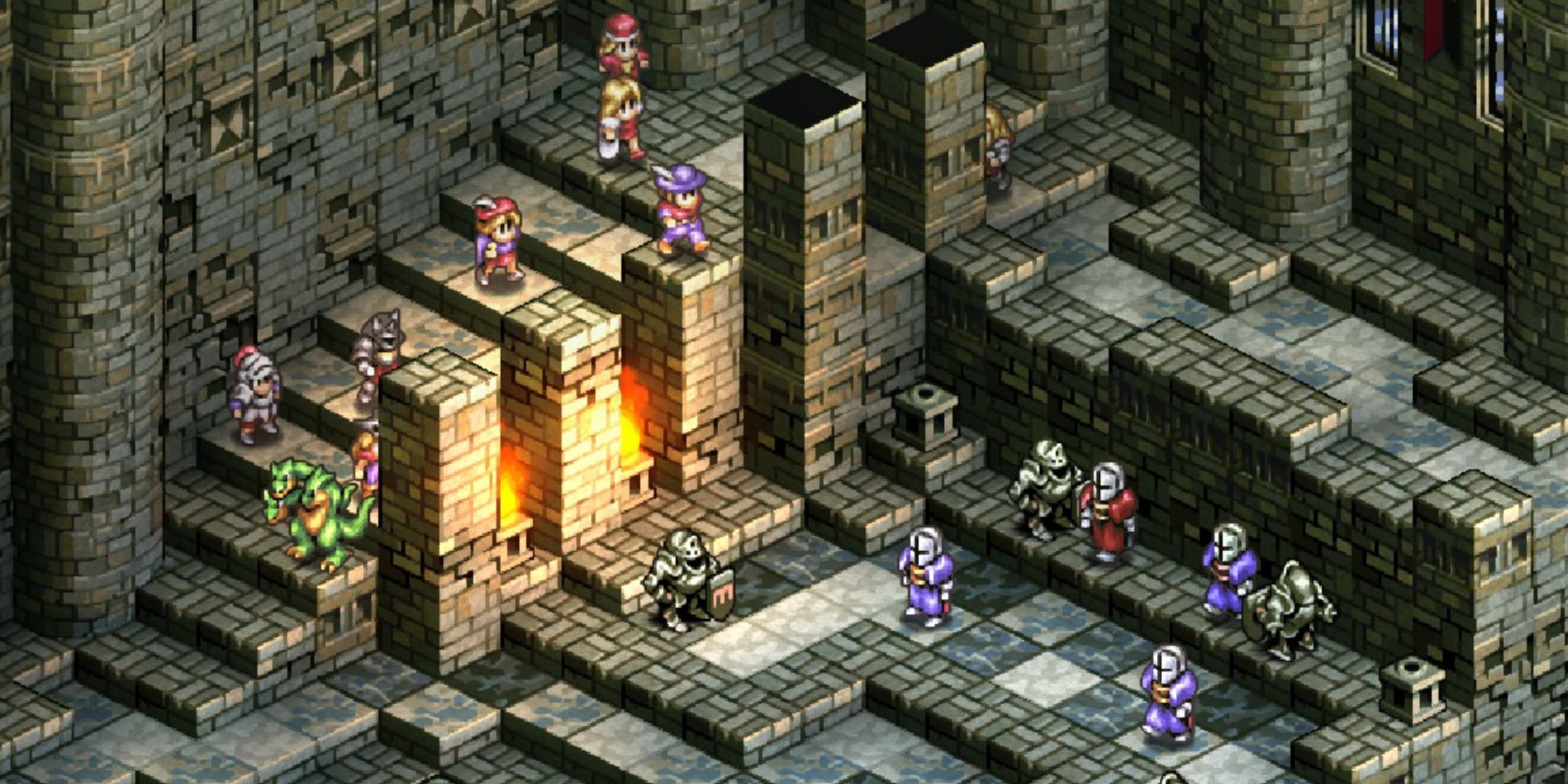 Ozma, as I mentioned earlier, is a tough cookie. This makes this the hardest fight of the chapter almost by default.