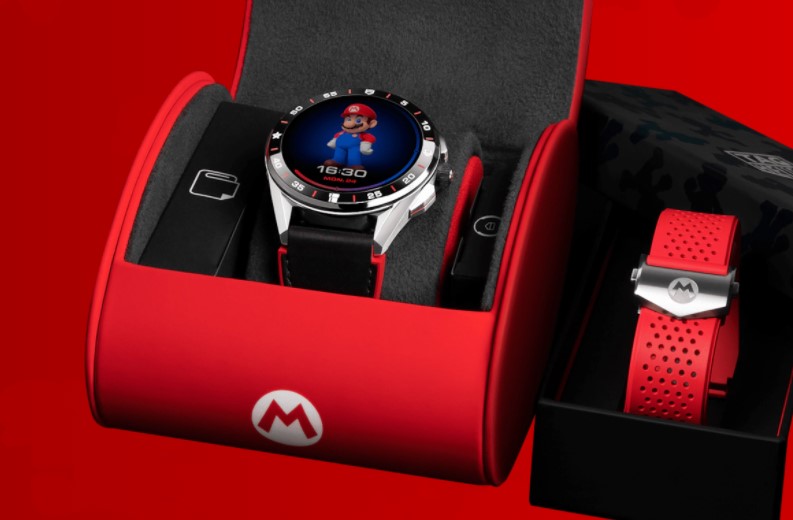 One of the most expensive Nintendo tie-ins ever is a Tag Heuer smartwatch, which is also limited to just 2,000 pieces.

Video games aren’t cheap, but they’ve never really been regarded as a preserve of the rich – not as long as you keep an eye on the sales. That’s unlikely to help when it comes to the Tag Heuer x Super Mario watch though, which is the second bizarrely expensive Super Mario item of the week.

The first was a mint copy of the not-at-all-rare Super Mario 64, which somehow sold for $1.5 million at auction, becoming the most expensive video game of all-time. This new watch isn’t that extreme, but at $2,150 (£1,553) it’s certainly not cheap.

On top of being expensive, the watch is limited to only 2,000 pieces but that’s because it’s actually just a redecorated version of the existing Tag Heuer Connected smartwatch and while the version with the red strap and Mario markings will be limited edition the interactive Mario will be available on other watches later on.

All of the Tag Heuer smartwatches have a pedometer built-in and the idea is that as you meet certain step milestones Mario will congratulate you with an animation.

He’ll say hello in the morning, eat a super mushroom when you’ve done 25% of your step count and jump out of a warp pipe when you reach 50%. At 75% he’ll use a super star to become invincible and at 100% will jump to the top of a flagpole.

To be fair, that is all very Nintendo-esque, and exactly the sort of thing they’d probably do if they made watches themselves.

Beyond the Mario stuff the watch, which uses an Android OS, has all the usual functionality of the Connected line, including using Google Assistant and an in-built calendar.

A watch like no other!#Nintendoâs iconic character, Mario, is taking over the TAG Heuer Connected with a new limited edition timepiece in a daring, creative style.