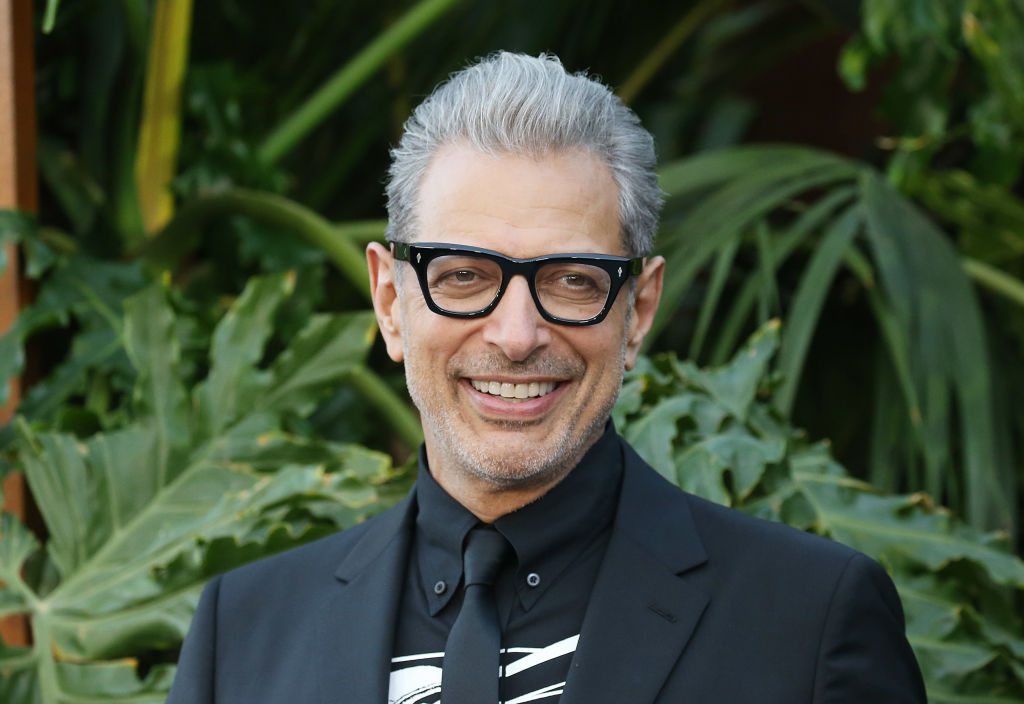 Jurassic World Evolution 2 aims to be the most realistic dinosaur game ever, as GameCentral discusses the sequel with star Jeff Goldblum.

Jeff Goldblum is exactly how you would imagine him to be. He is a very good actor but the persona he presents to the public is not a performance, not unless he still bothers to keep it up when someone’s trying to get his webcam working or he’s being unbearably charming to journos lining up to speak to him during a promotional tour for Jurassic World Evolution 2.

There’s no pretence that he has any special interest in video games, although thanks to Jurassic Park he has appeared in quite a few now, going all the way back to 1997. Although he was also Dracula in a Goosebumps point ‘n’ click adventure a year before that and the voice of Nero Blackstone in 2015’s Call Of Duty: Black Ops 3.

Jurassic World Evolution 2 will be his fifth video game appearance as Dr Ian Malcom, adding an extra level of authenticity to the game’s unique take on park building sims, where you not only have to build and manage a theme park but make sure that the exhibits don’t eat the visitors.

There have been plenty of action games based on Jurassic Park over the years but the most obvious use for the licence is a Theme Park style business sim. Jurassic World Evolution wasn’t the first attempt at the idea but it was by far the best, even if a lack of features did see it start to run out of steam before the end of the average playthrough.

The sequel will attempt to address that by adding a number of new background settings, from forests to deserts, and including location appropriate extreme weather. There’s also new building types, customisation options, visitor demands, a new scientist role, and, most importantly, more dinosaurs.

There are now 75 prehistoric creatures in total, including Carnotaurus and Megalosaurus, new flying reptiles (technically they’re not dinosaurs) like Pteranodon and Dimorphodon, and marine reptiles such as Mosasaurus and Attenborosaurus (named after Sir David Attenborough). Supposedly, they’ll also now act and interact in a much more realistic way than before, including the predators.

The game also features a new Chaos Theory mode that recreates key moments from various movies in the franchise, as well as standard sandbox and challenge modes. What’s most interesting, though, in terms of Goldblum’s involvement, is that the main story campaign is set between Jurassic World: Fallen Kingdom and the new film Dominion.

Given how other cast members come and go that makes Ian Malcom the most consistent element in the whole series, especially when you take the games into account, so we asked him what it’s like to be the frontman for the whole of the Jurassic franchise.

‘I’m thrilled to have ever been part, even a little part, of it’, says Goldblum. ‘It’s still a, uh, an ensemble and team effort, you know… this last movie we did, that you’re going to see next summer. I quite enjoyed it and, you know, who’s in that… the original cast and Chris and Bryce.

‘But to the extent that I’ve been even a small part from the beginning it has been very enjoyable and I’ve been able to unexpectedly – can you imagine over these decades now – uh, continue to play this part and investigate this lovely character and work with these smart people who are the cream of the crop, both in the movies and in the games. It has been thrilling and, uh, just great.’

‘The character is, to me at least, rich enough that the games have, like you say, filled in some things and allow me to sometimes elaborate on my thinking and feeling and views and, uh, humour about all the things that were alluded to in some of those movies.

‘So it’s all been just really, really fun and nourishing. Because of course, this character is thinking about big things that seem to be relevant, uh, large scale, environmental questions and questions of coexistence and how we best treat our animal brothers and sisters. And sophisticated ideas like chaos theory. I love the character.’

Goldblum might not be much of a gamer but he’s clearly proud of his work with the Jurassic World Evolution games, so we asked him whether he felt they were, in some ways, able to explore the original themes of the franchise better than the movies. Especially since it’s you, as the player, making the ethical decisions.

‘You know, I haven’t been such a big game player myself, but from what I understand and from doing my part in them … [it allows] me to think about it more with, and talk with smart people about, what I really think about all this and what’s going on. It can be longer form, more leisurely, a different kind of pace and way of exploring all the aspects of this whole conceit. You know, uh, humans and dinosaurs and the park, and then what happens next.

‘And then the way the audience or the consumer, uh, encounters, these things is different. You know, the movie is one thing and these movies, I know, get people very involved in a certain way, but not in the same way as probably, like you say, that the games do. And they can be interactive and proactive about, and maybe more reflective and use more of themselves in terms of, ‘Gee, what do I do, what’s the right thing to do?’

‘What are these issues that Malcolm’s talking about, about stewardship and these large questions of the environment and our cohabitation with other creatures, and maybe by extension, all other creatures?

‘The creatures are resurrected for the purposes of our entertainment … but it may reflect on our entire paradigm of thinking about, uh, cohabitation with our fellow humans and all other creatures; you know, the plethora of exotic and awesome creatures that we share this planet with.

‘What’s the best use of our stewardship? And what’s the best thing for the environment? And how do we make it a world that works for everybody and every creature? You know, I think those things come up in the game differently than sometimes they do in the movie, especially in the experience of the player. Yeah, I dig it.’

Jurassic World Evolution 2 will be released on Xbox One, PlayStation 4, Xbox Series X/S, PlayStation 5, and PC on November 9.