The open-world RPG genre is now on the table for Pokemon games with the launch of Pokemon Scarlet and Violet. There are dozens of hours to be spent just exploring and talking to characters, and sometimes that exploration bears fruit.

Besides the gym leaders and the teachers, you run into a number of NPCs that help you along your journey in the Paldea region. Every option being opened up to you at once can be a bit overwhelming, so it’s helpful to have some information before carry on. The best side features you can run into in Scarlet & Violet aren’t obvious, but they sure are fun. 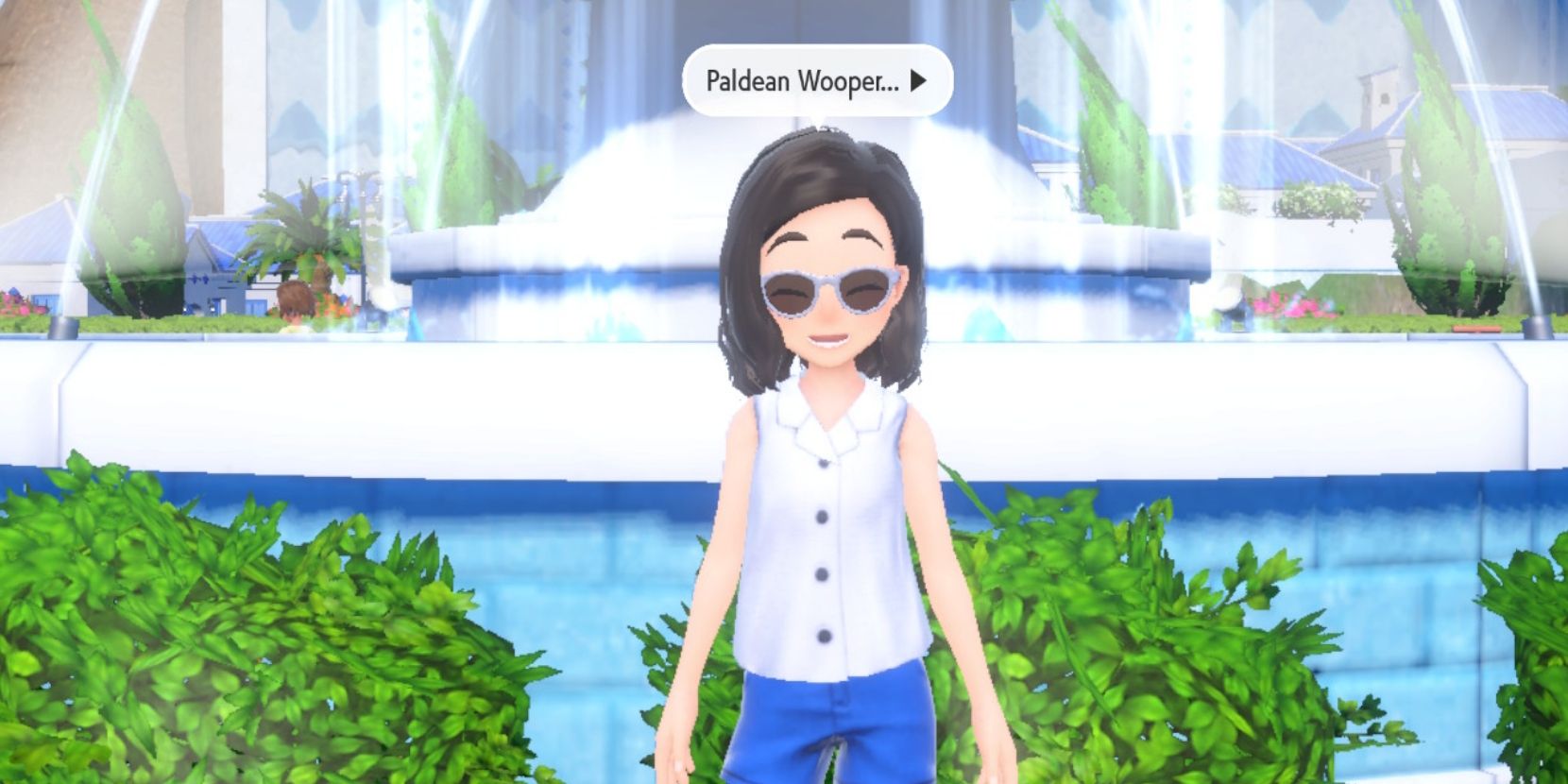 One of the first unique regional versions you run across in Scarlet & Violet is Paldean Wooper. They’re abundant enough that it’s easy to catch more than one early on, which is lucky for the second Pokemon-trading NPC.

In Cascarrafa, there is a trainer who has a regular classic Wooper, and is looking for a Paldean Wooper. Why they don’t just catch one is a mystery, but you’re not here to ask questions. You’re here to log the only Quagsire you can get into your Pokedex. 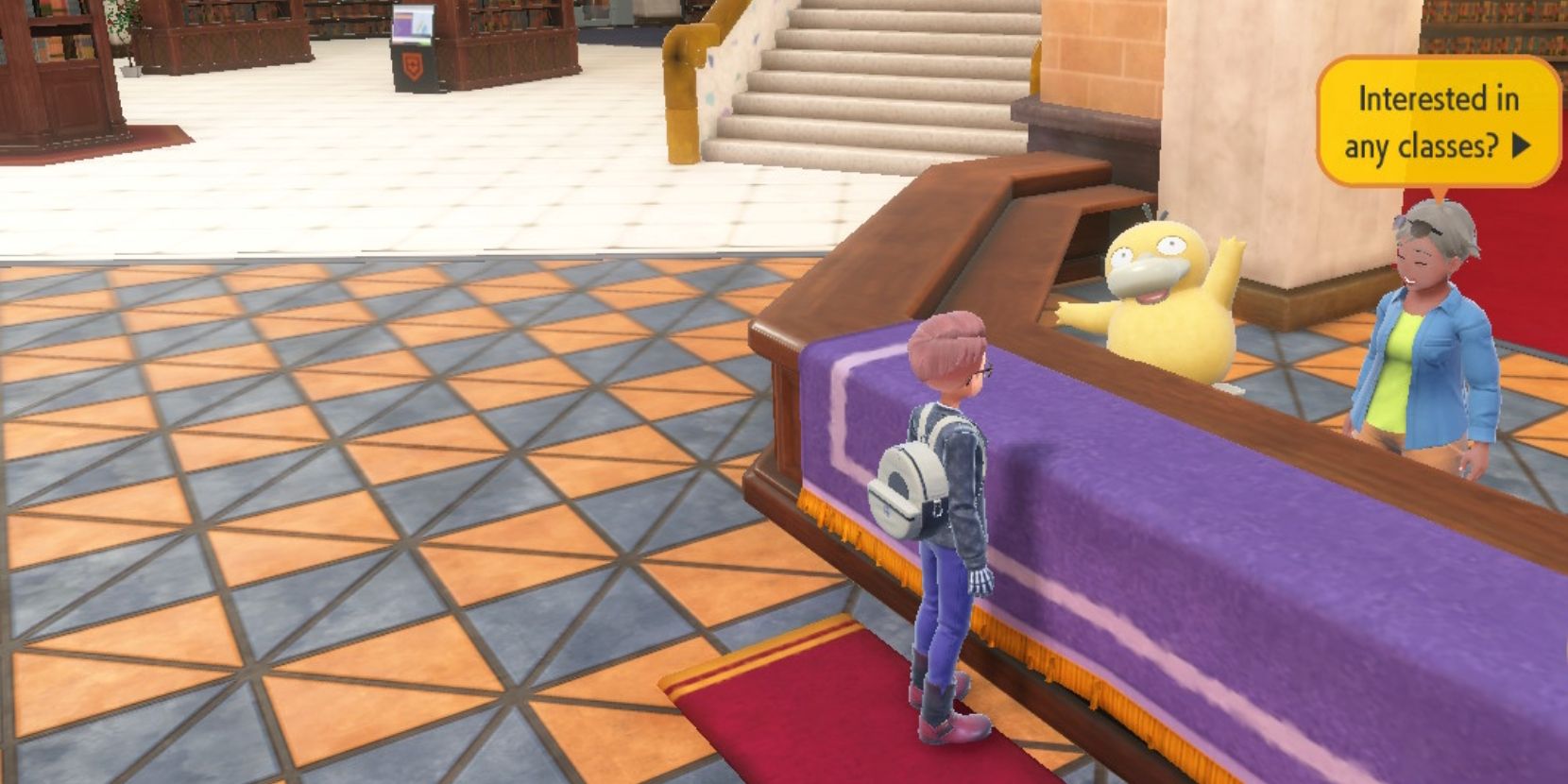 While Pokemon Scarlet & Violet totally give you the option to just ignore your educational responsibilities and skip school entirely, it’s still a good idea to attend. If you actually bother to show up to classes and take the midterms and finals, it’s all worth it in the end.

Passing your exams rewards you with a ridiculous amount of candies that you can use to pump your Pokemon full of experience points. Good attendance and paying attention has a real benefit, after all.

8/10 Chatting With The Director 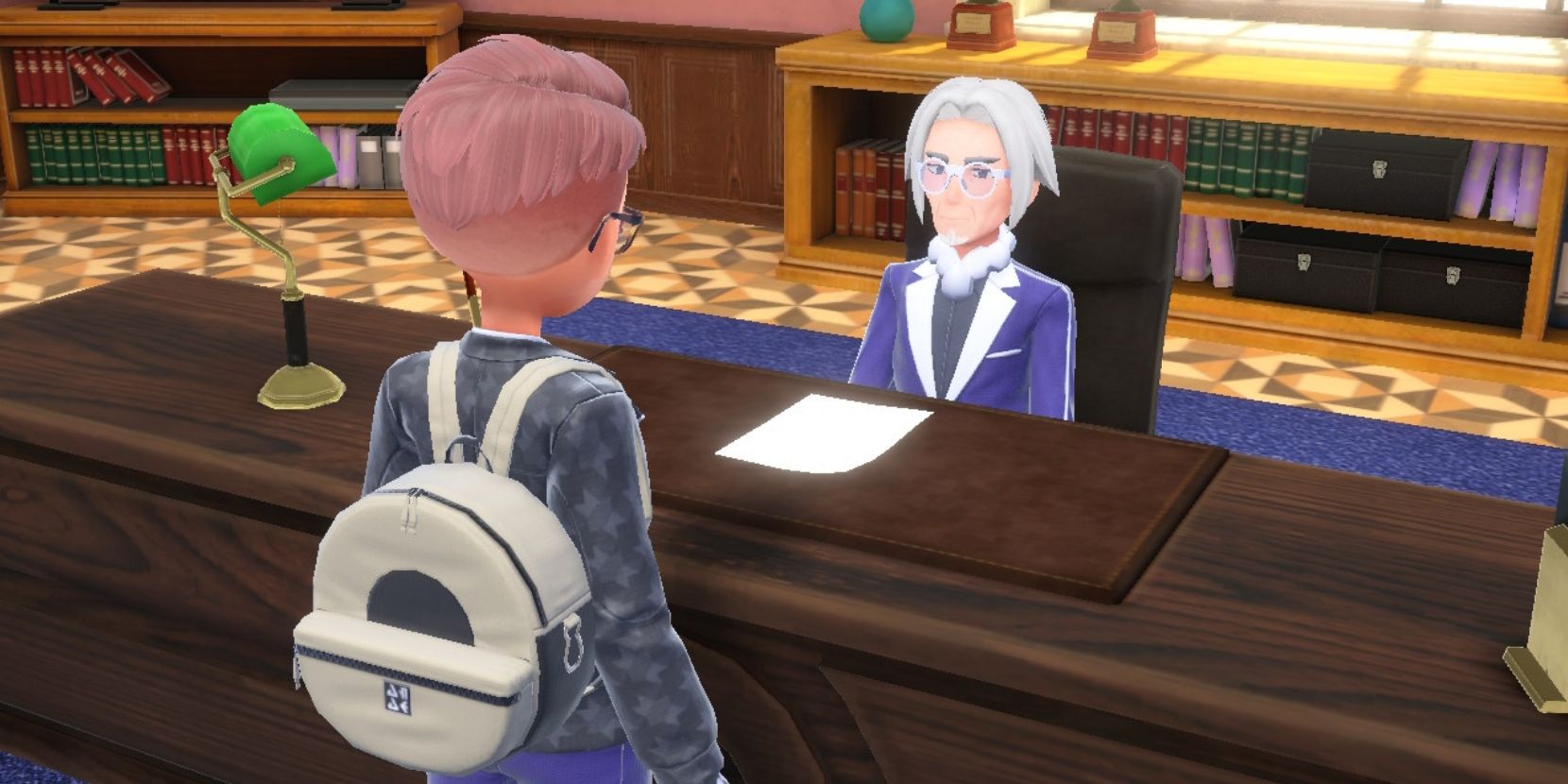 You can go into Director Clavell’s office every so often, and there’s an indicator on the school’s navigation map when he has something to say. Entertaining him results in some pretty amusing conversations with the elder director in which you can help him understand the youth a little bit better.

Or, if you’re the mischievous prankster type, you can steer him entirely wrong and teach him the slang the cool kids use, but the wrong way. Either way, the results are wholesome and pretty funny. 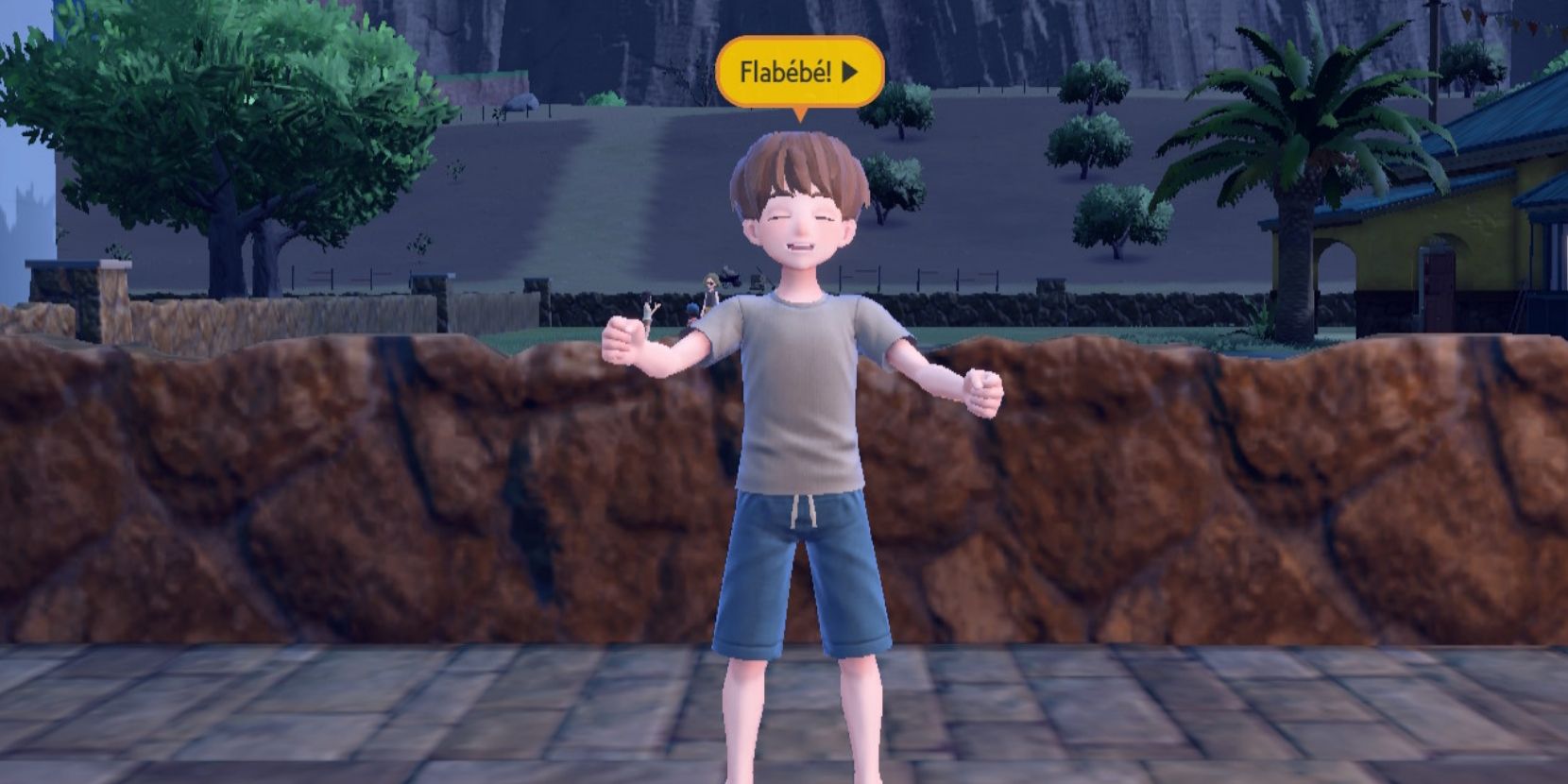 The first trade you can make in Pokemon Scarlet & Violet is an important one. Right when you arrive to Cortondo, there is a young trainer who is looking for a Flabebe. These are pretty much everywhere in the starting area if you took the time to use up some Pokeballs, so it’s a good time to trade one away.

The kid gives you Snom in exchange, an Ice and Bug type Pokemon that you won’t see again until much later on in your journey. Unfortunately it’s male, so you won’t get a Froslass out of it. 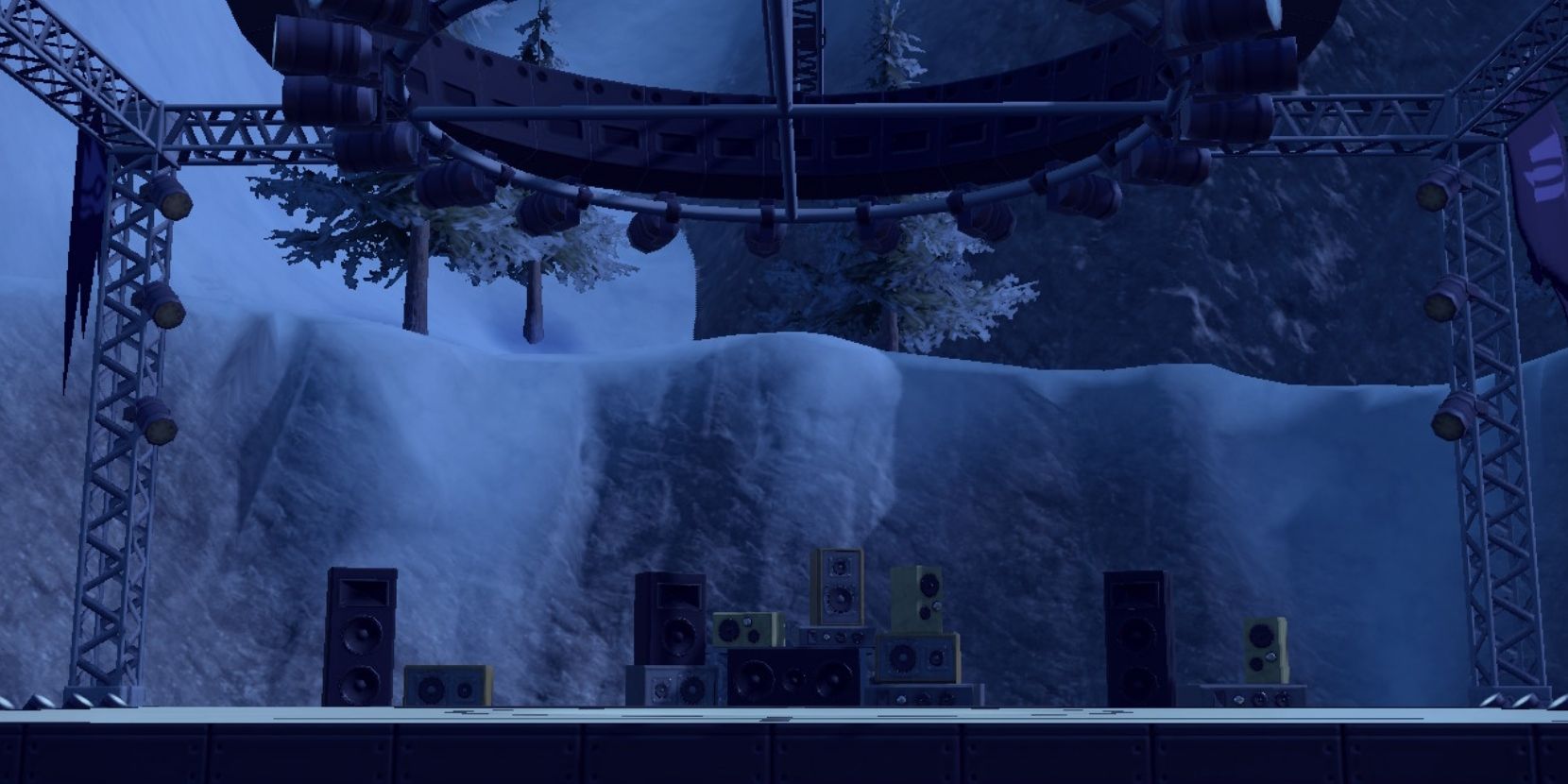 All the Gym tests are important and necessary, but the one making the most noise among Scarlet and Violet fans is the Ghost-Type test for the Gym leader Ryme. Ryme and her university-teaching sister Tyme are both pretty memorable, but the pre-Gym battles are what everyone’s talking about.

After fighting your way through the first few defenders of the Montenevera Gym, you get to battle the man who started the event off. MC Sledge is a terrifically fun character who’s suspiciously reminiscent of a real-life celebrity. 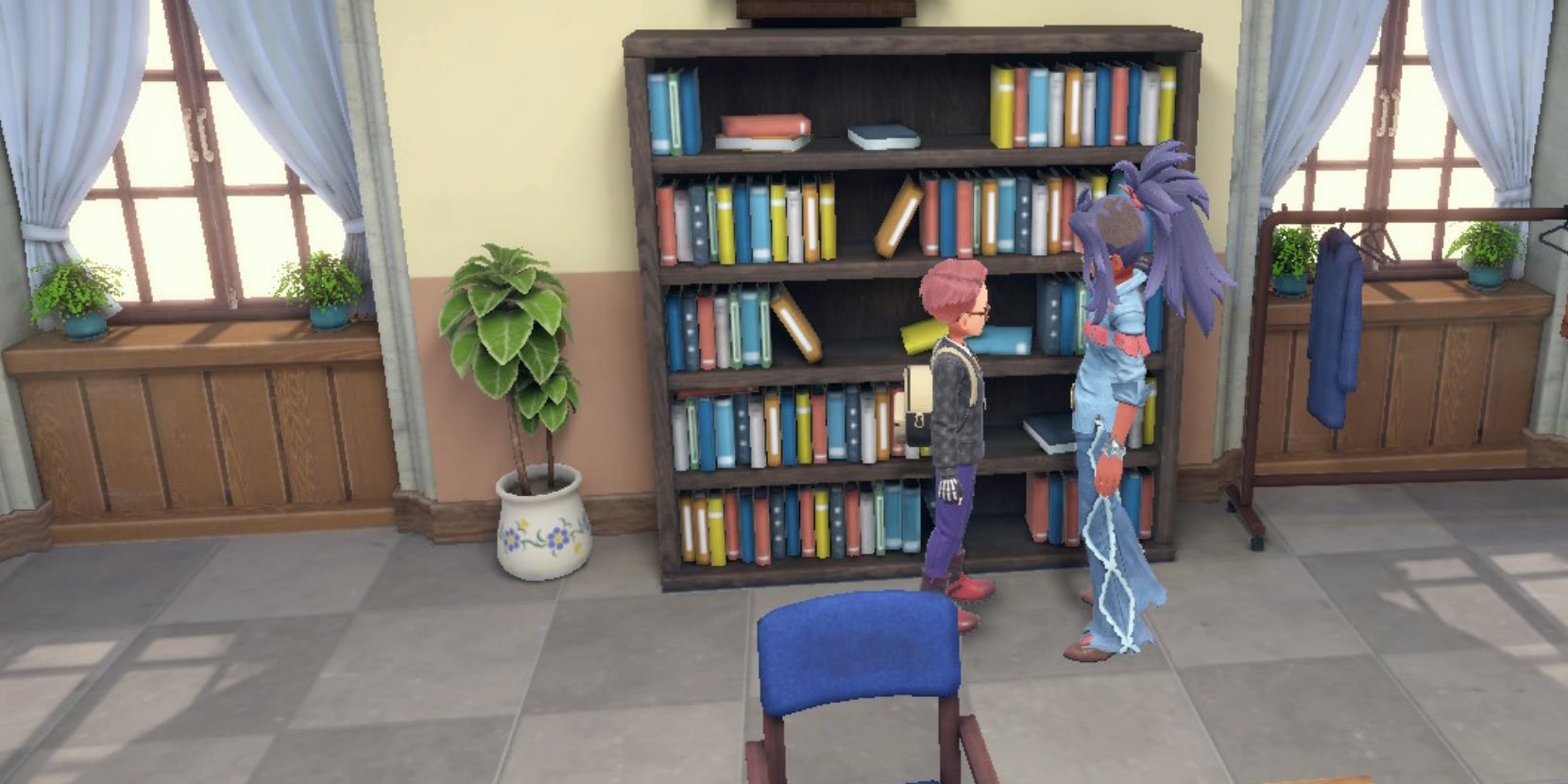 The Pokemon academy has a surprising amount of activity when class isn’t in session. Going into the Staff Room or just wandering around where staff is hanging out can bring about conversation prompts. These conversations allow you to learn more about the game and the world of Paldea, but they also serve another purpose.

Having chats with your teachers outside of class can help strengthen your relationships with them and move the story along inside of the school as well. This also helps in remembering who’s who among such a wide cast. 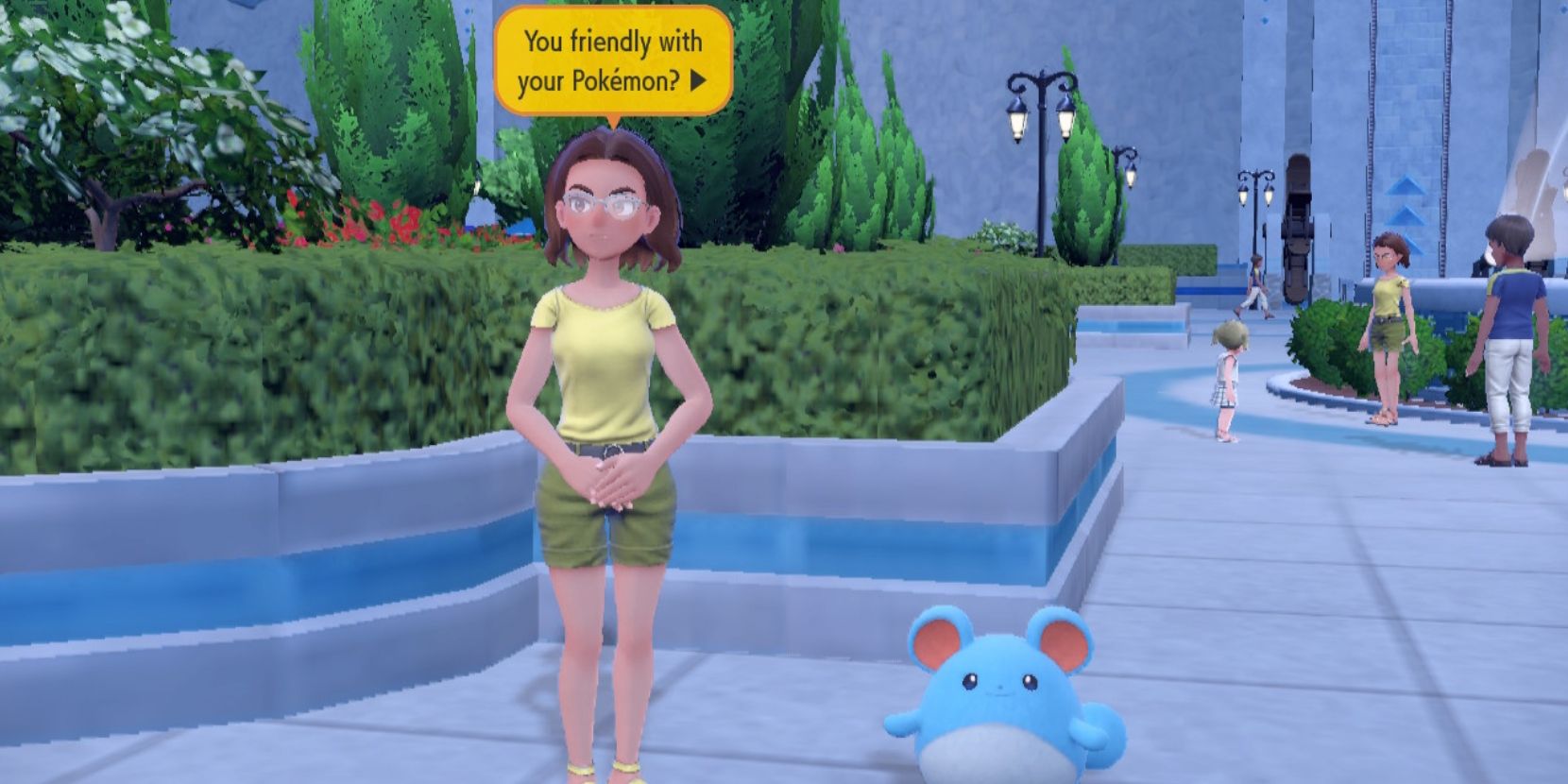 The friendship levels you have with your Pokemon matter more in Scarlet & Violet than ever before. With a strong enough bond, your Pokemon can dodge moves, shake off status effects, and even prevent itself from fainting during a tough battle. There’s also the matter of the Friendship Ribbons. 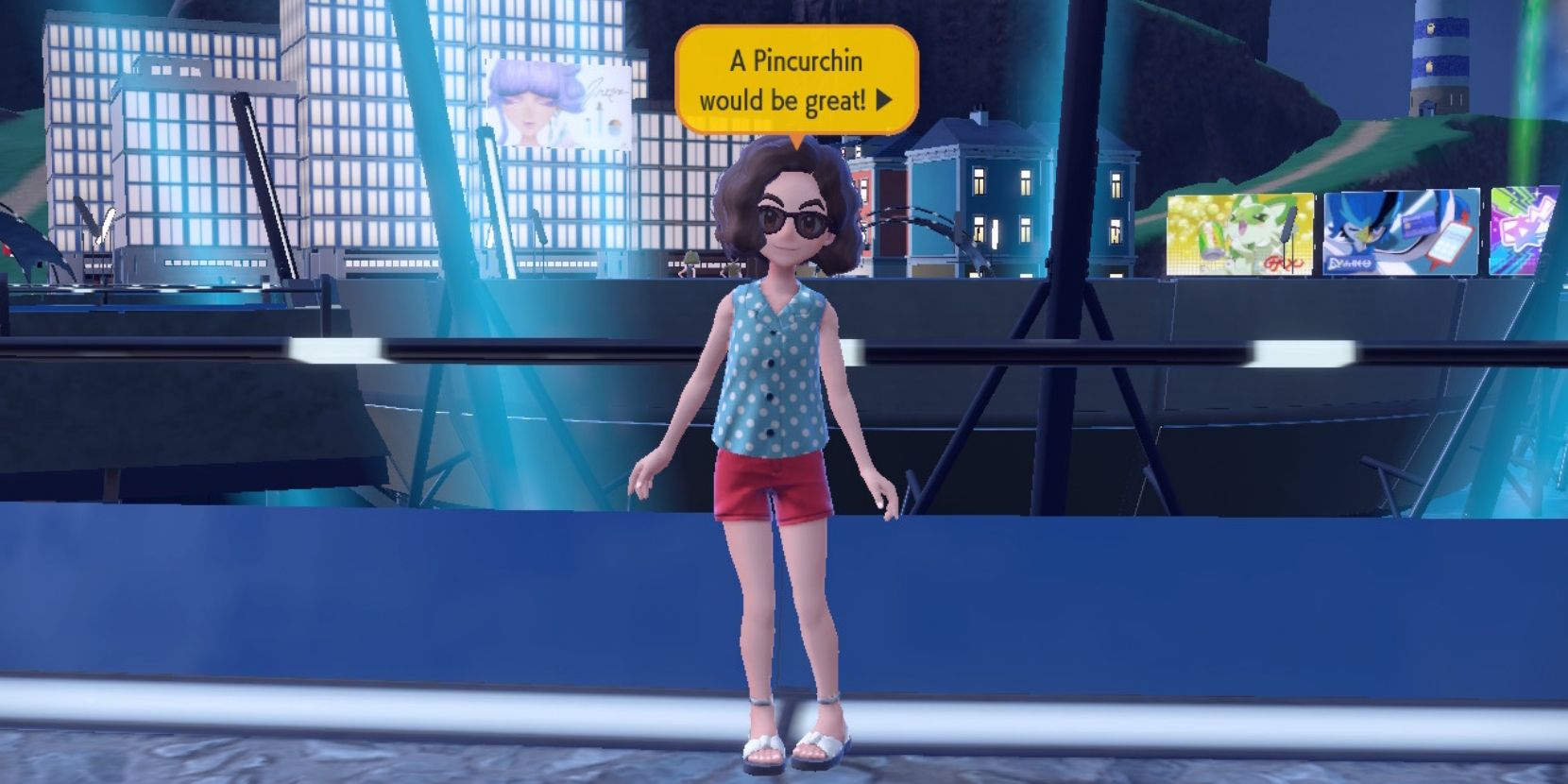 For generations, players have been haunted by a certain trade interaction that shows up in every Pokemon game. Gengar is a Pokemon that can only be obtained by having someone trade you a Haunter, but the NPC that holds a tradeable Haunter in every game equips it with an evolution-preventing Everstone.

However, if you’re willing to take the risk one more time, there is a Haunter in Levincia you can trade for a Pincurchin. Whether it’s worth it for the possibility of a Gengar is something you’ll have to decide for yourself. 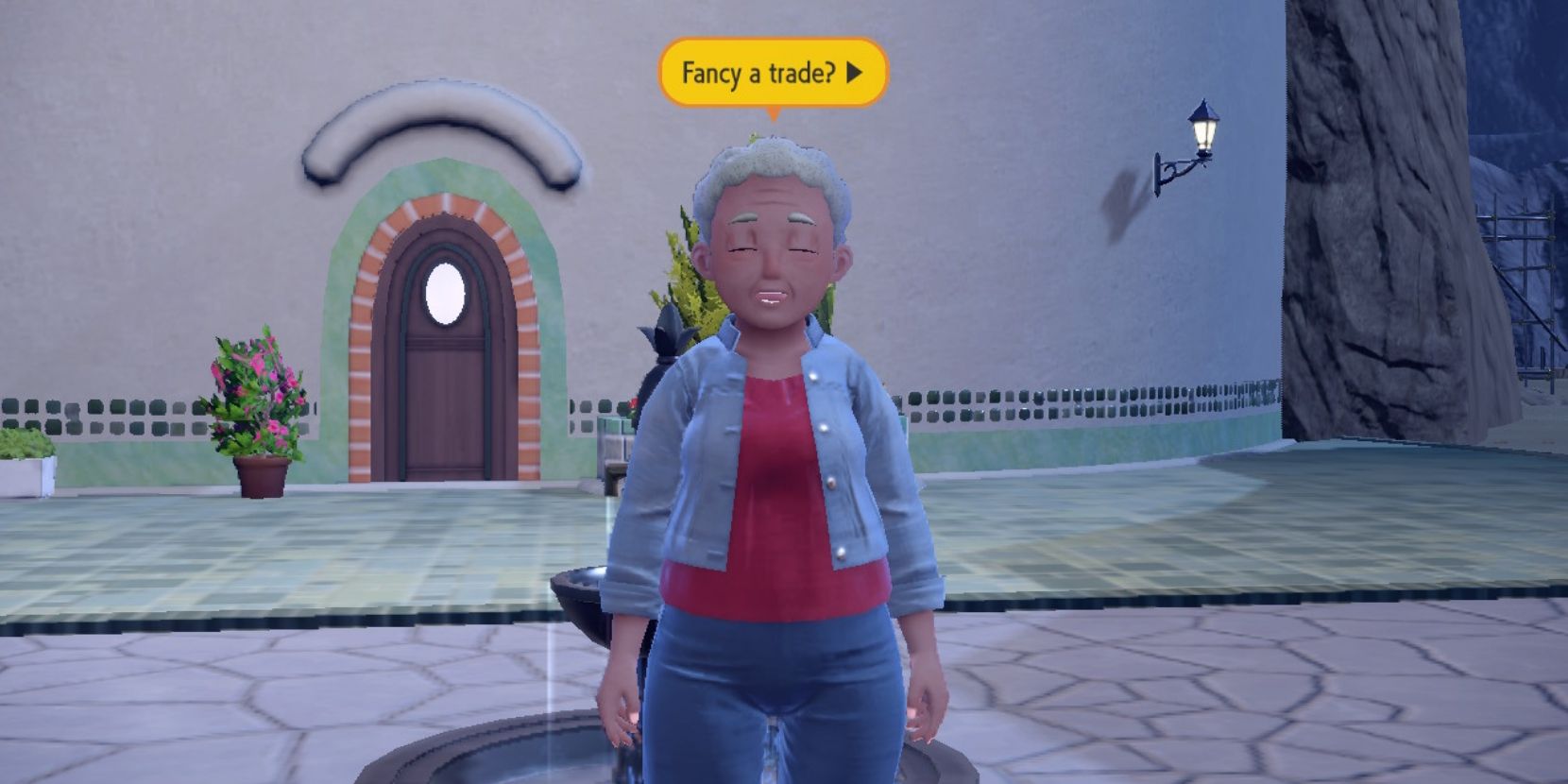 You can find Sinistea in two parts of the map in Paldea, although they can rarely appear in other areas. Either just outside Alfornada, or the area immediately around Zapapico. If you’re looking to evolve your Charcadet, look no further than inside Zapapico.

Here, there is an NPC asking for Sinistea chips in exchange for a relic of armor that looks pretty important. You’ll have to battle quite a few of these cute little teacups, but as a reward you get whichever version of the Charcadet armor your edition has. 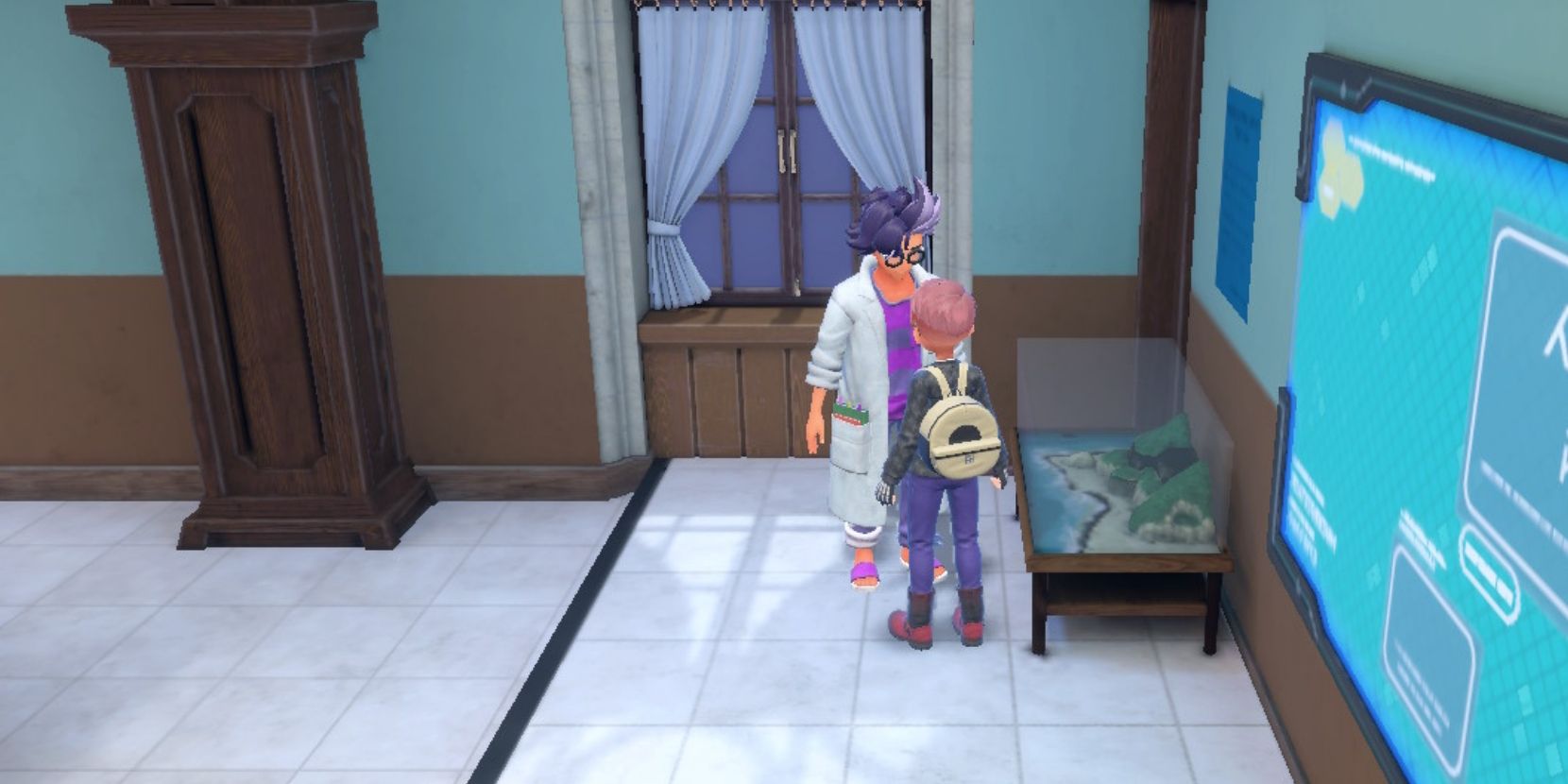 Completing the Pokedex has a 2-for-1 special in terms of rewards. Besides the rewards you build up through adding to the Pokedex in the app, you can also visit Jacq outside of class hours and help him out with his Pokemon research.

This brings you closer to Jacq as a teacher, gives your school a lot of Pokemon-based resources, and nets you some bonus rewards from your Biology teacher for excelling in your own Pokemon research. Filling the Pokedex completely is more rewarding in Scarlet & Violet than ever before.