Becoming a Superstar and falling over in your own home sums up Just Dance games. The game started life on the much-loved Nintendo Wii with later games being available on a variety of consoles. It was and still is, developed and published by Ubisoft. The aim of the game is to follow the movements of the dancer on screen and try to score points by being as accurate as possible.

There have been 12 games in the main Just Dance series since then, not including spin-offs games and Japan Exclusives. The latest Just Dance games are good but many of the best songs are only available through having to pay extra money to access them in DLCs. Additionally, no new massively game-altering features or modes have been added since the 2018 edition. This is reflected in our choices. 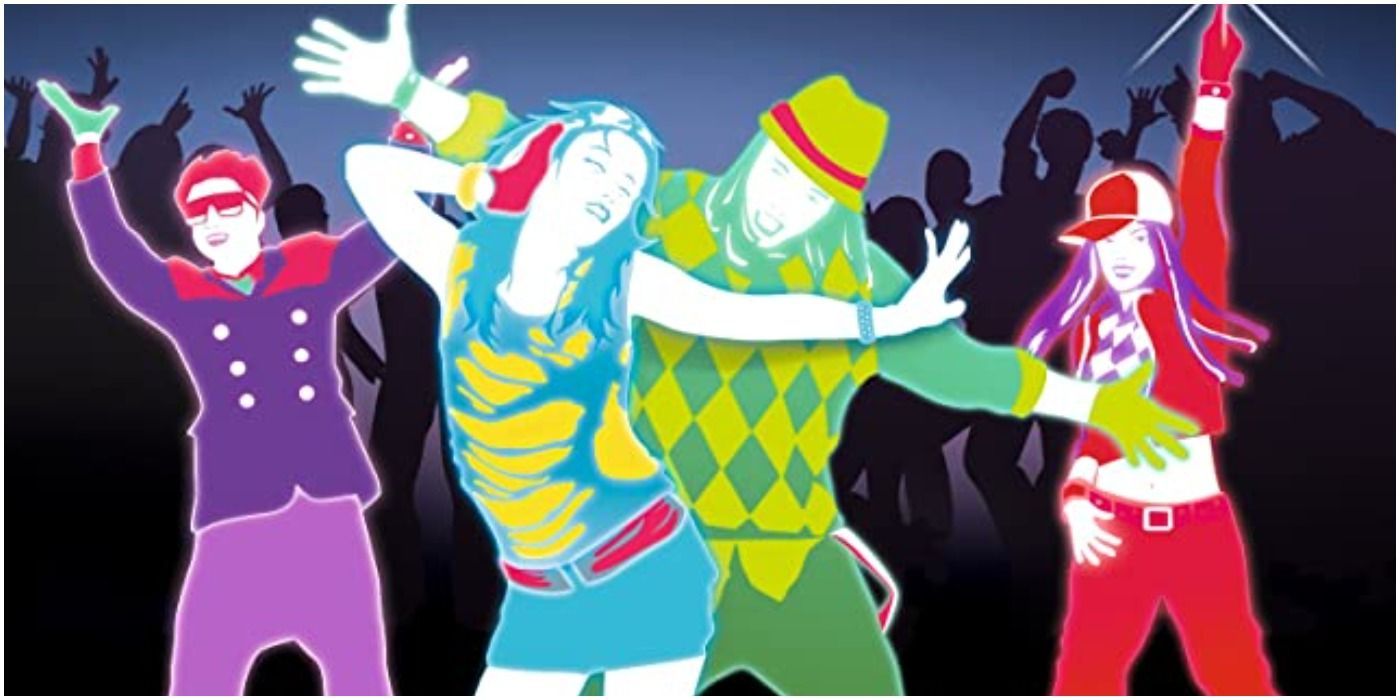 Just Dance 2, as the name suggests, is the second game of the franchise and is one of the best. The game was well-received by the public and a lot of praise was given to the addition of a new ‘duet’ mode for certain songs. The duet mode was designed to allow two people to dance together whilst following different avatars on the screen. The choreography in duet mode could vary depending on which dancer you chose to follow.

The song listings in the game were excellent too with many big names making the cut. The variety of songs were highly suited to the new dance battle mode. Up to eight players in two teams could compete against one another in the same song to become the ultimate dance machine. 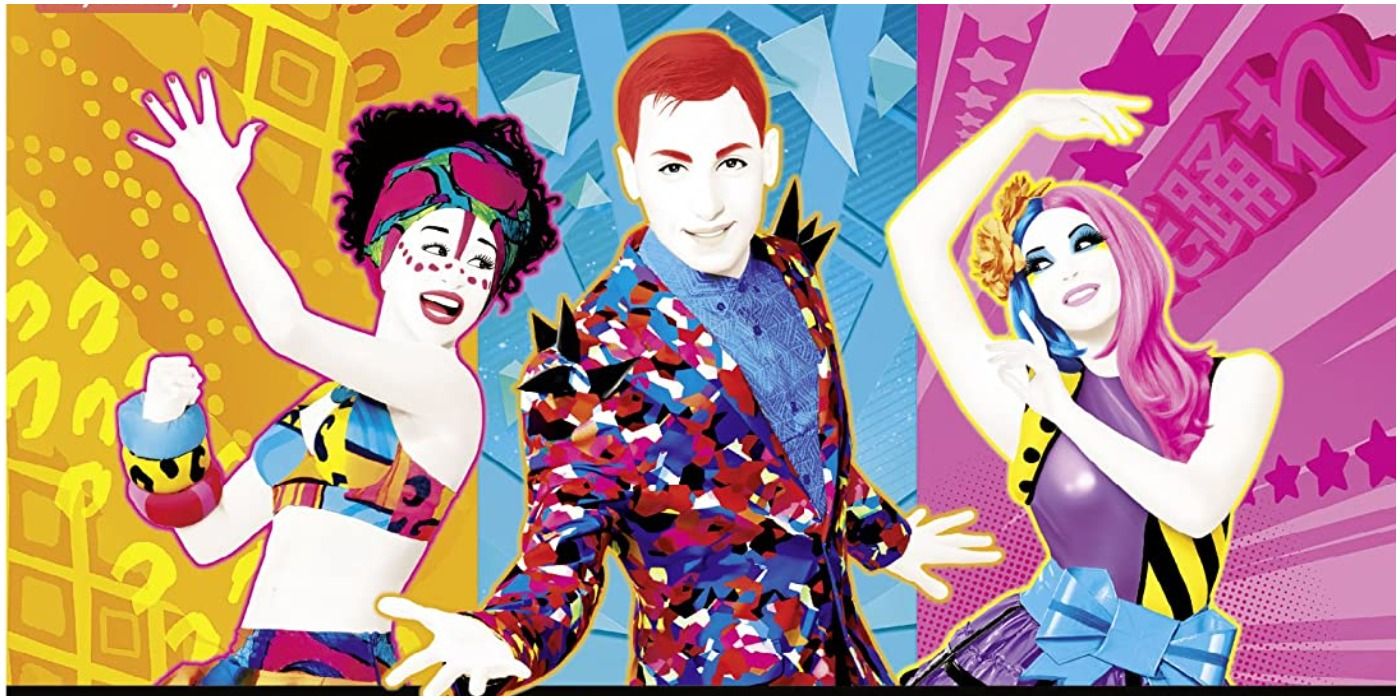 The fifth installment in the game series, Just Dance 2014 brought a variety of new stuff to the table for wannabe dancers to sink their teeth into. There are 50 songs in the main soundtrack of the game and certain songs have an ‘on stage’ mode. In this mode, one of you can act as the main star of the song whilst the others act as their backup dancers. It definitely makes you feel like a superstar.

An online multiplayer mode was added too and this allowed players around the world to compete against others on the same song. However, the online services for the game ended in late 2018. The only downside to this game for many fans was that other songs were added as DLC’s but many felt it was unfair to have to pay for extra songs. 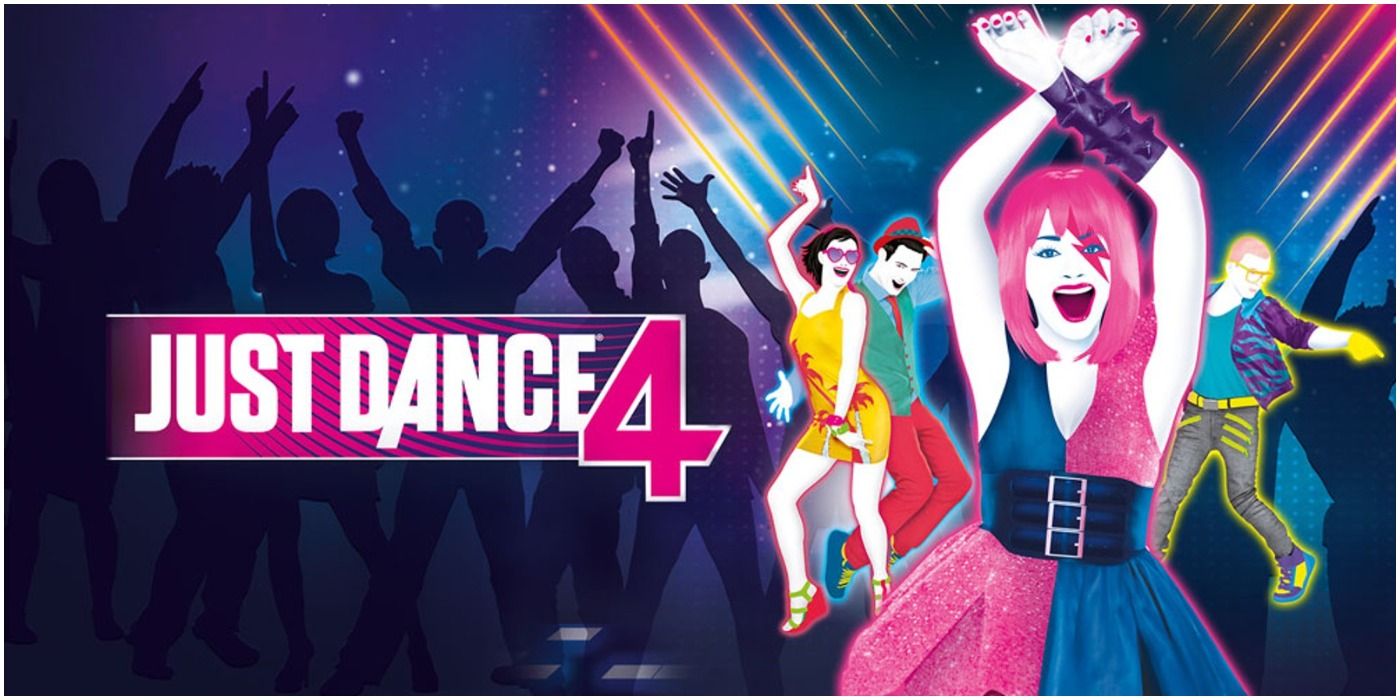 Just Dance four came out in October 2012. This was the first game in the franchise to be available on the Wii-U. A lot of features from the earlier games were dropped from this game in favor of focusing on improving the remaining modes.  Simon says mode and eight-player modes were among the ones that were removed.

In Just Dance 4, you have something called Dance Quests, and these consist of tasks that you need to achieve for each song. Once the tasks have been completed then you are rewarded with in-game points, known as Mojos. The complete song list is one of the best out of all of the games. The game even won the Favorite Videogame award at the Kids Choice Awards 2013. 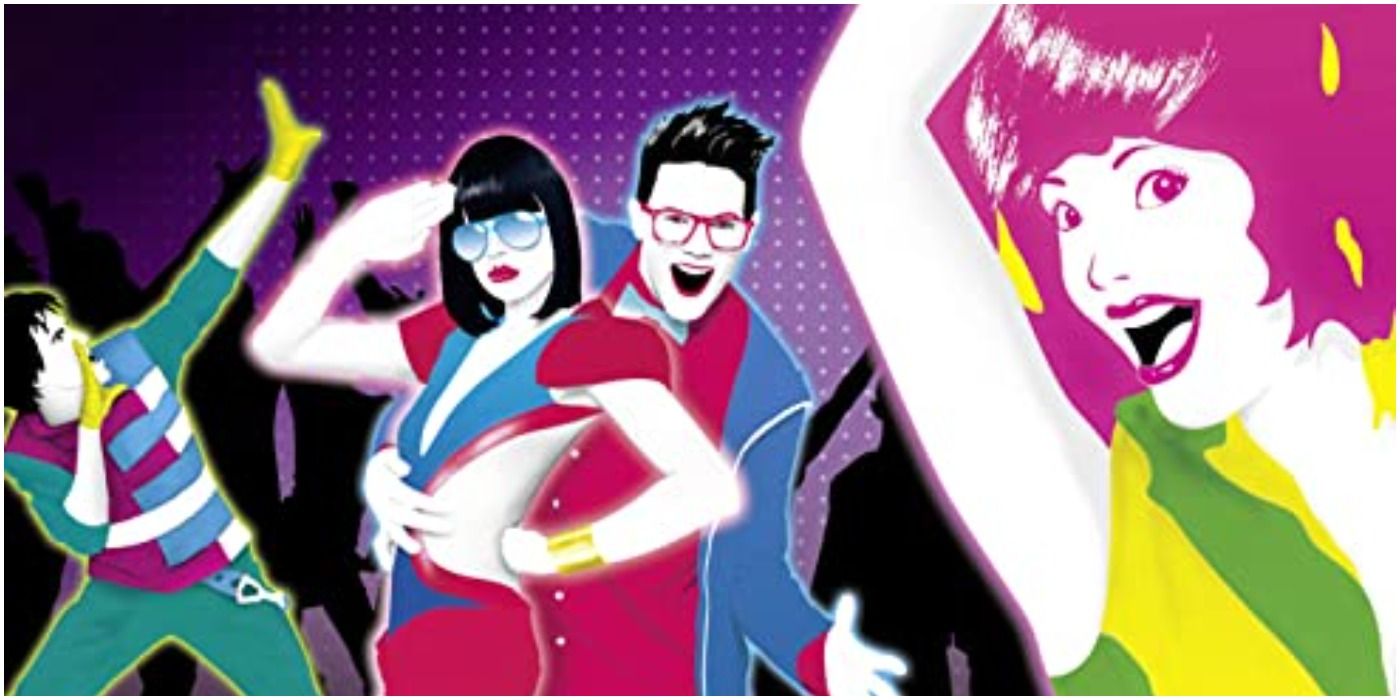 The third game of the Just Dance franchise did not disappoint fans of the earlier games. It follows the same premise of having you follow the dancer on the screen to earn points and there are over 40 songs for them to choose from. With video games helping us to work out since the 1908’s, it’s no surprise that the franchise is so popular.

The Dance Crew mode was introduced in this game and this let up to four players dance together. This added to the worldwide feeling that Just Dance is an excellent party game. The soundtrack for this game is arguably almost iconic as there are a ton of classic songs on there. From Gwen Stefani to A-Ha, there are songs that span across decades and cater to many musical tastes. 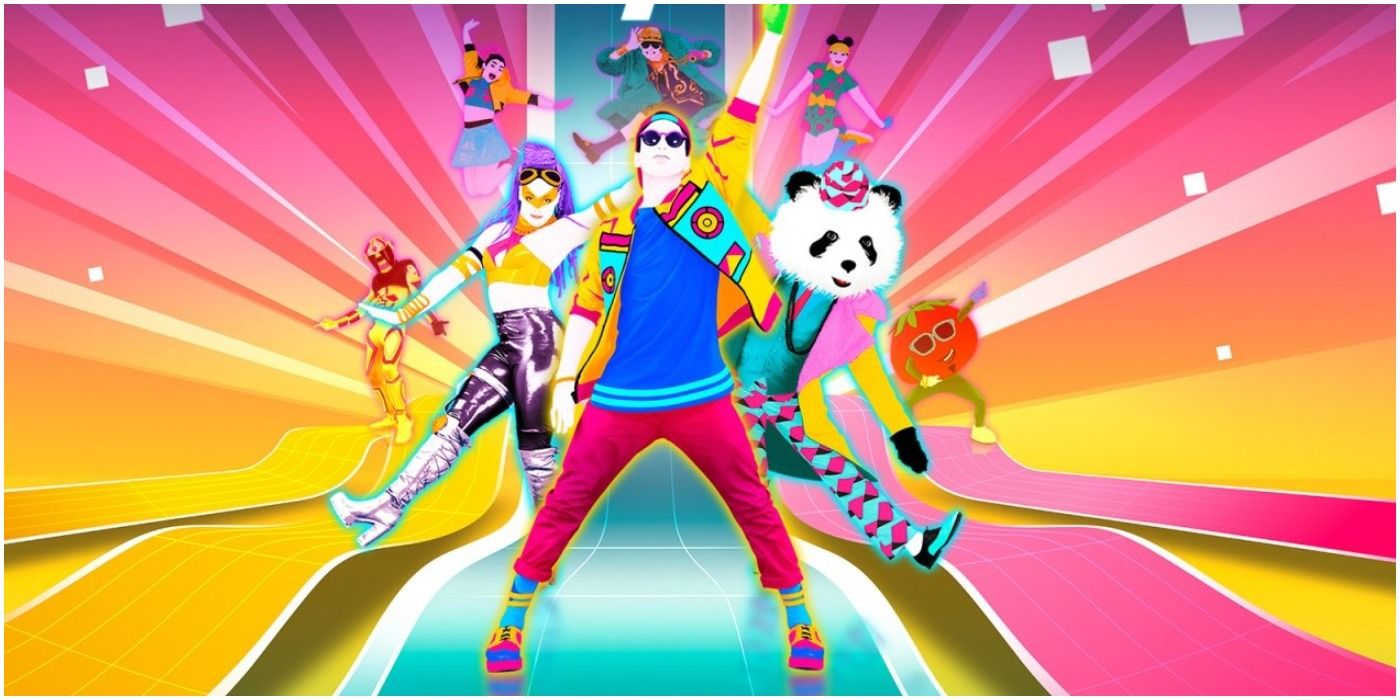 Just Dance 2018 is the ninth installment of the main franchise. This game added a whole new mode called ‘Kids Mode’ which created choreography designed for younger players. Again, this added to the family-friendly appeal of Just Dance games. A lot of the main soundtrack songs can be found in ‘Kids Mode’ with simplified dance moves.

The soundtrack to the game included over 40 hit songs that definitely bring a summer vibe to the game. Within the songs available, many of them have multiple dancers for you to choose from. One of the most noticeable things in Just Dance 2018 is the highly improved responses to your movements and this made the game much more enjoyable as well as more challenging. 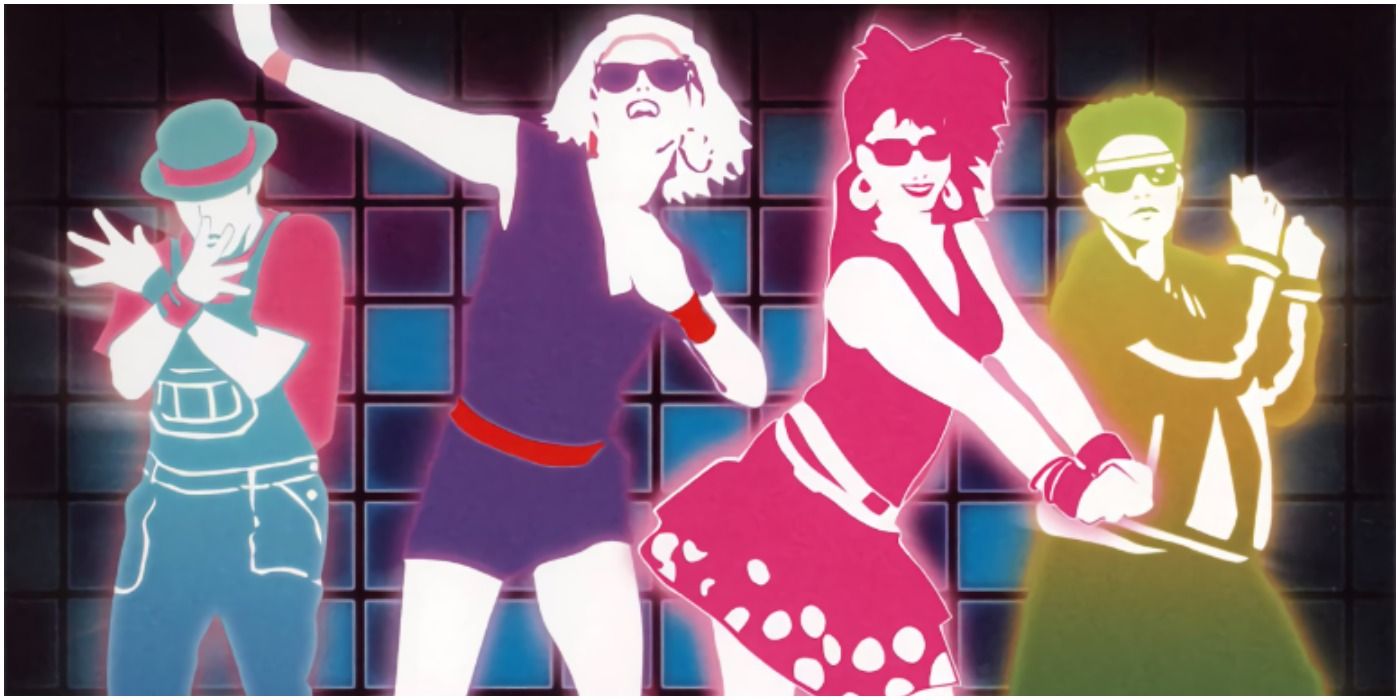 The game that started it all is still one of the best, even with all of its spin-offs and sequels. It introduced the gaming world to the dancing franchise but surprisingly it was widely criticized for how simple it was. However, this was an instance where critics were proven wrong by gamers as it became a worldwide phenomenon. It sold over 4.3 million copies and became known as one of the best multiplayer games out there.

The soundtrack may be the most limited of all of the games but it’s still one of the best. The game has classic hit songs that let you embody your favorite stars. From swiveling your pelvis as Elvis Presley to sassing your way to stardom as Britney Spears, there’s something for everyone!