The Boys isn’t subtle. Amazon’s hit superhero adaptation has been taking shots at the entire political spectrum since its debut, happy to poke fun at the cynical exploitation of rainbow capitalism, America’s toxic gun culture, and the rise of dangerous rhetoric in the current social landscape. It’s both a parody of the genre and a blunt dissection of our own world.

I’ve always thought it wore such intentions on its sleeve, with the majority of episodes filled with obvious jokes or themes with a clear political message. Stormfront’s entire character was based on real examples of alt-right messaging from the past few years as she uses a passionate yet bigoted rhetoric to attract a mass of supporters who want the world to be a very white, very singular, and very violent place.

This is done without ever using the labels that would see them compared to bonafide Nazis, despite the fact she actually is one. That’s the point, in real life those waltzing into schools with assault rifles or threatening minorities are inspired by an ideology that directly descends from that mindset, and we shouldn’t be afraid of calling these people out for who they are. The Boys sure as hell ain’t afraid to, and seeing small pockets of people online offended by its approach to politics only serves to highlight how good a job it’s doing. Weed these people out, have them drop the biggest L imaginable as they defend characters like Homelander or Stormfront on Reddit because they only want a show about superheroes.

You can make immediate comparisons to Donald Trump’s presidency, or various viral figures across the internet who attract young white men who feel disenfranchised from a world that is apparently leaving them behind. The Boys pokes the bear, and wants people like this to know they have no place in this fictional world, let alone the real one. I think this is why recent reactions to the show’s third season have confused me so much. Of course, this adverse reaction only starts to surface as The Boys begins to tackle race, showing clear support for a social movement while throwing those against it under the bus.

Last week’s episode saw A-Train force small town hero Blue Hawk to issue a public apology after it becomes clear he has been disproportionately targeting African-American citizens he perceives as criminals when patrolling the streets. He killed an unarmed man in cold blood, but believes this whole drama has been conjured up to cancel him or have him apologise for racist behaviour he couldn’t possibly be responsible for. But he is, except he’s a superhero with ingrained privilege and an ignorance that can’t be uplifted. A-Train is still an exploitative asshole, but in this instance he is trying to do the right thing, to stand up for his family even if this faux-activism results in his loved ones getting hurt. 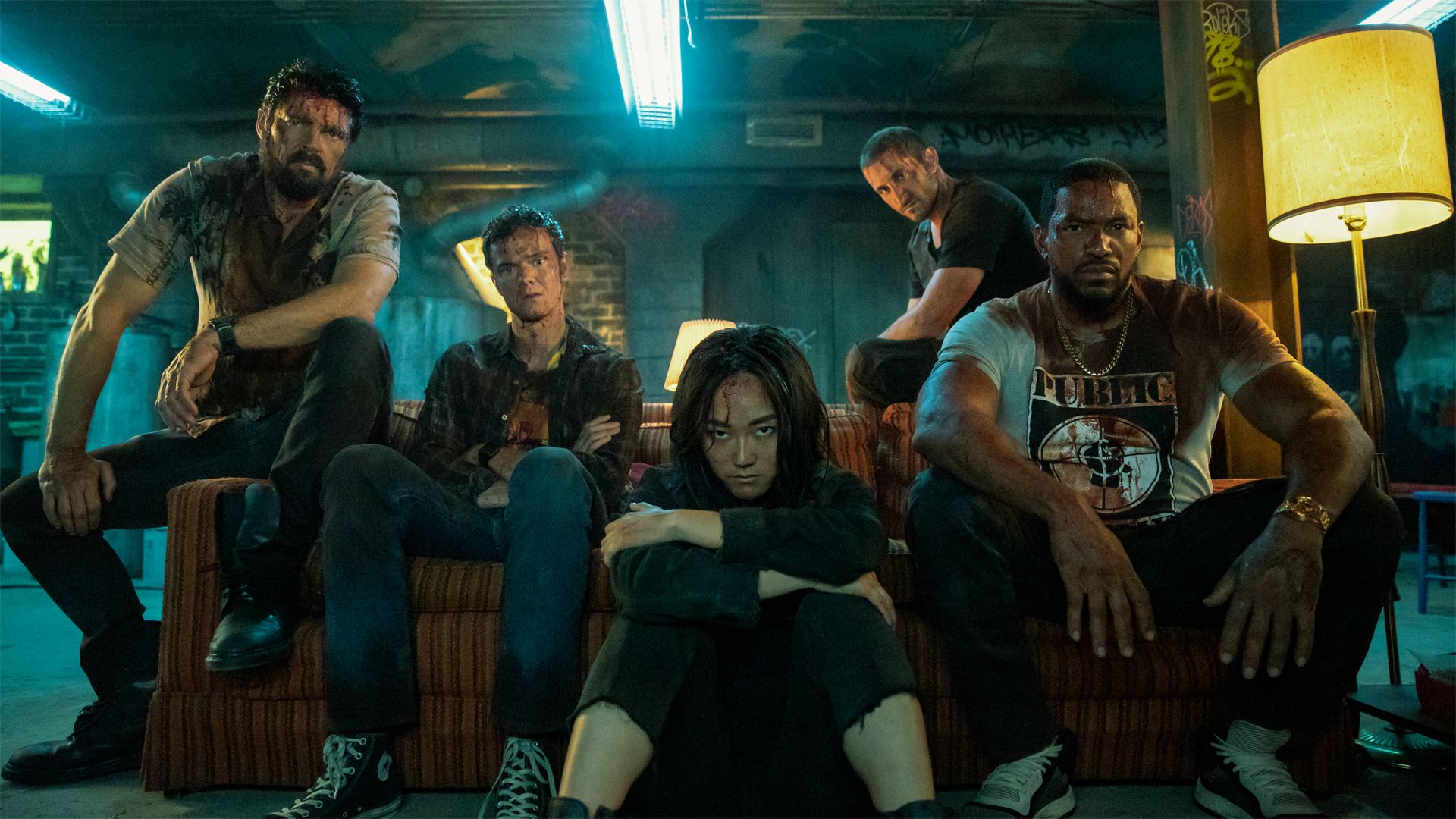 The apology falls apart, with the crowd chanting Black Lives Matter until Blue Hawk turns around and screams the opposite, telling those around him that all lives matter as the scene erupts into violent bloodshed. He makes it out alive, with the scene showcasing how quickly the alt-right will resort to hostility when threatened or have a progressive belief presented to them that can’t be argued. There are clear comparisons to George Floyd or Trayvon Martin here, with The Boys calling attention to systemic racism in American society and how, despite having the power to enact change and move forward, those at the top simply aren’t willing to do enough. Neither are people like A-Train unless it benefits them, with another scene in last week’s episode featuring a direct parody of Kendal Jenner’s infamous Pepsi commercial.

Select fans online only began to kick up a fuss when the political themes were so obvious they had no choice but to take notice. The Boys is no longer an ultraviolent superhero adventure, it’s a political firestorm that is trying to set an agenda that we all need to pay attention to. The thing is, the politics have been present all along, and if you’ve failed to notice I fear for your media literacy and failure to understand how after the show has torn apart Nazis, racists, politicians, corporations, feminism, and goodness knows what else that you’ve failed to pick up on any of it. It took offending these people for that to change. 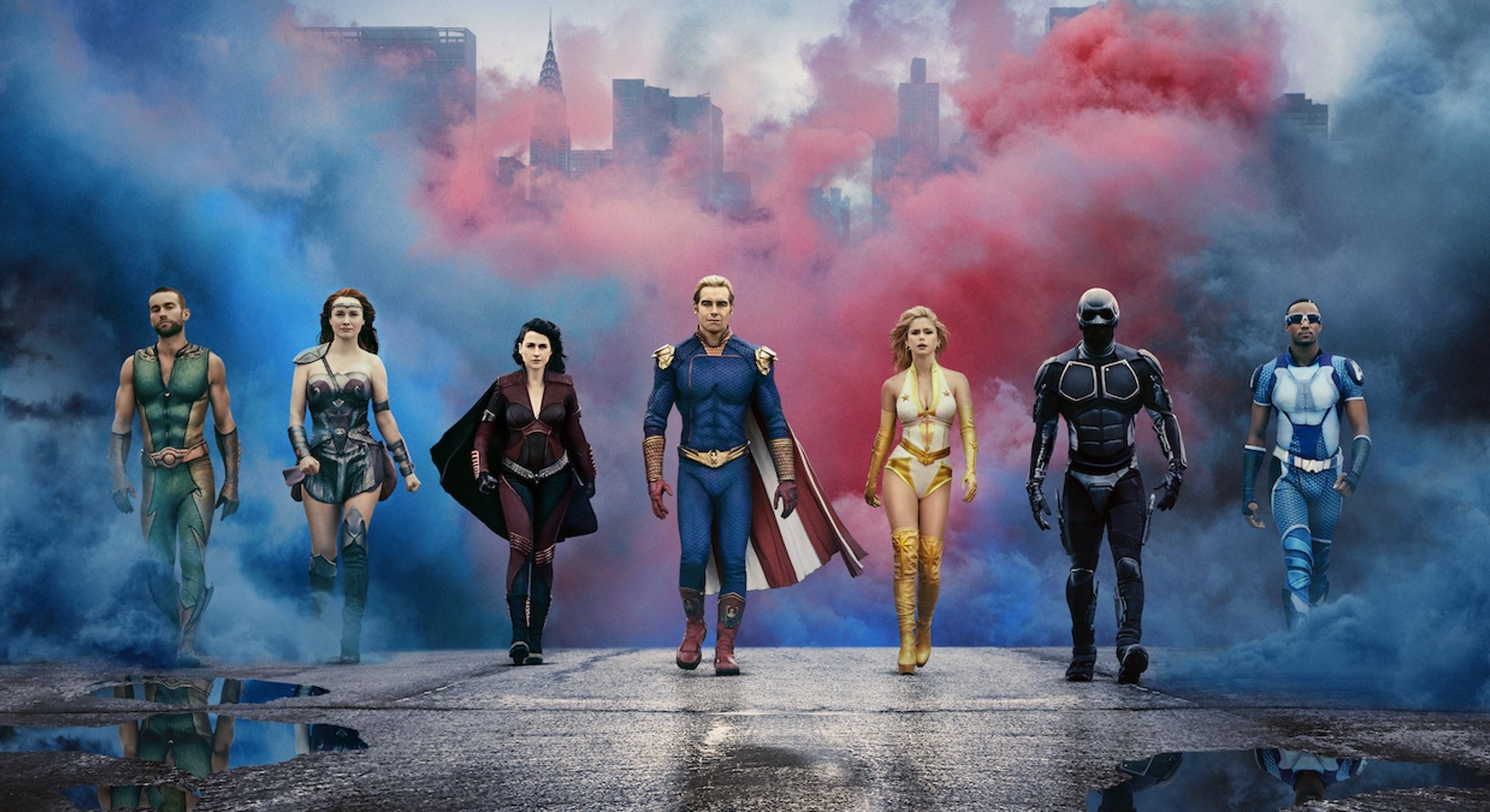 It could be argued that The Boys stands to implement a more delicate approach when exploring these themes, but I think its heavy-handedness is the entire point. The past decade or so has seen mainstream media constantly pussyfoot around the rise of alt-right rhetoric, afraid to highlight how dangerous the world is becoming as it enables these attitudes and allows them to influence not only young people spending too much time online, but entire political systems that have very real consequences on the society we live in. Everything is a bit fucked, and it’s laughable that a show meant to parody superheroes is taking its ambitions so many steps further in order to drag those who more than deserve a reality check.

If The Boys’ exploration of politics offends you then I’m afraid you are likely a part of the problems it is bringing to the forefront. Social causes like Black Lives Matter and LGBTQ+ rights don’t go away overnight, but corporations will happily raise them whenever it fits their messaging or allows them to make a profit under the guise of inclusive progressiveness. The show is obviously taking things to their most dystopian extremes, but that’s the entire point, it’s shining a light on how bad things might become if we remain apathetic to how things are right now. Our world doesn’t have superheroes, but it has everything else The Boys is exploring and the fact the same problems are still so prevalent is so damning.

Don’t even get me started on people standing up for Homelander. I’ll save that rant for another article.