Warden Cole serves as the main antagonist in The Callisto Protocol. However, you never get to fight this man during the game. Instead, the final boss is the secondary villain, Captain Ferris. This gives you a chance to get revenge on the man that put you in Black Iron Prison in the first place.

However, it isn't exactly the same guy, as he's been mutated from the Biophage. As a result, he's a much bigger problem. This is represented in the gameplay, as the battle with the brute is one of the hardest in the adventure. This guide will make it easier. 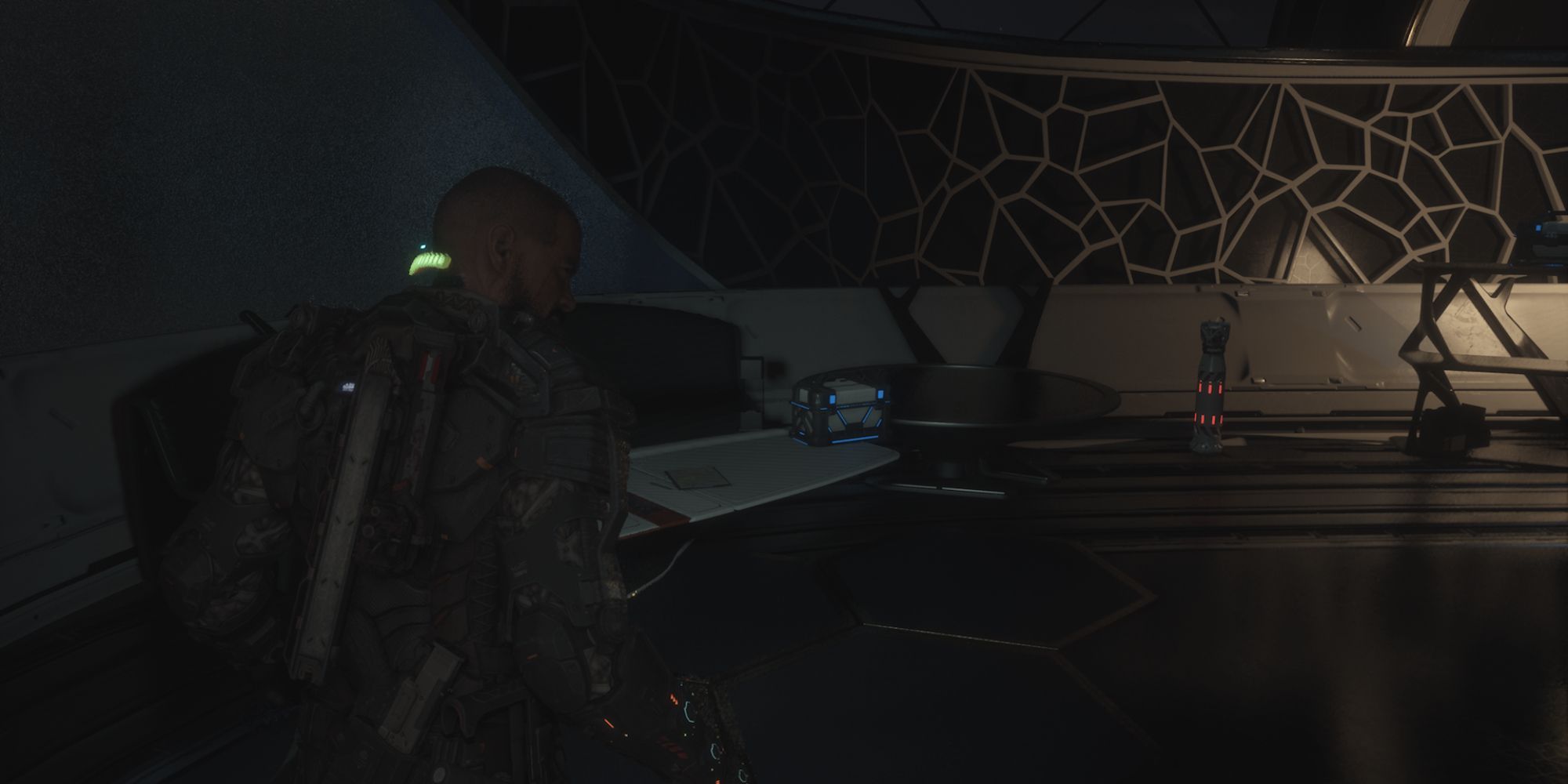 Right before entering the room with Cole, you come across a reforge. However, don't interact with it yet. Instead, continue into the next area, but don't open the door to your right.

Go all the way around the outside of the central dome, opening boxes by stomping on or throwing them. You should do this before interacting with the reforge to give yourself more of an idea of what you need.

While looting, take note of the positions of the glowing red canisters, as you will need them later. 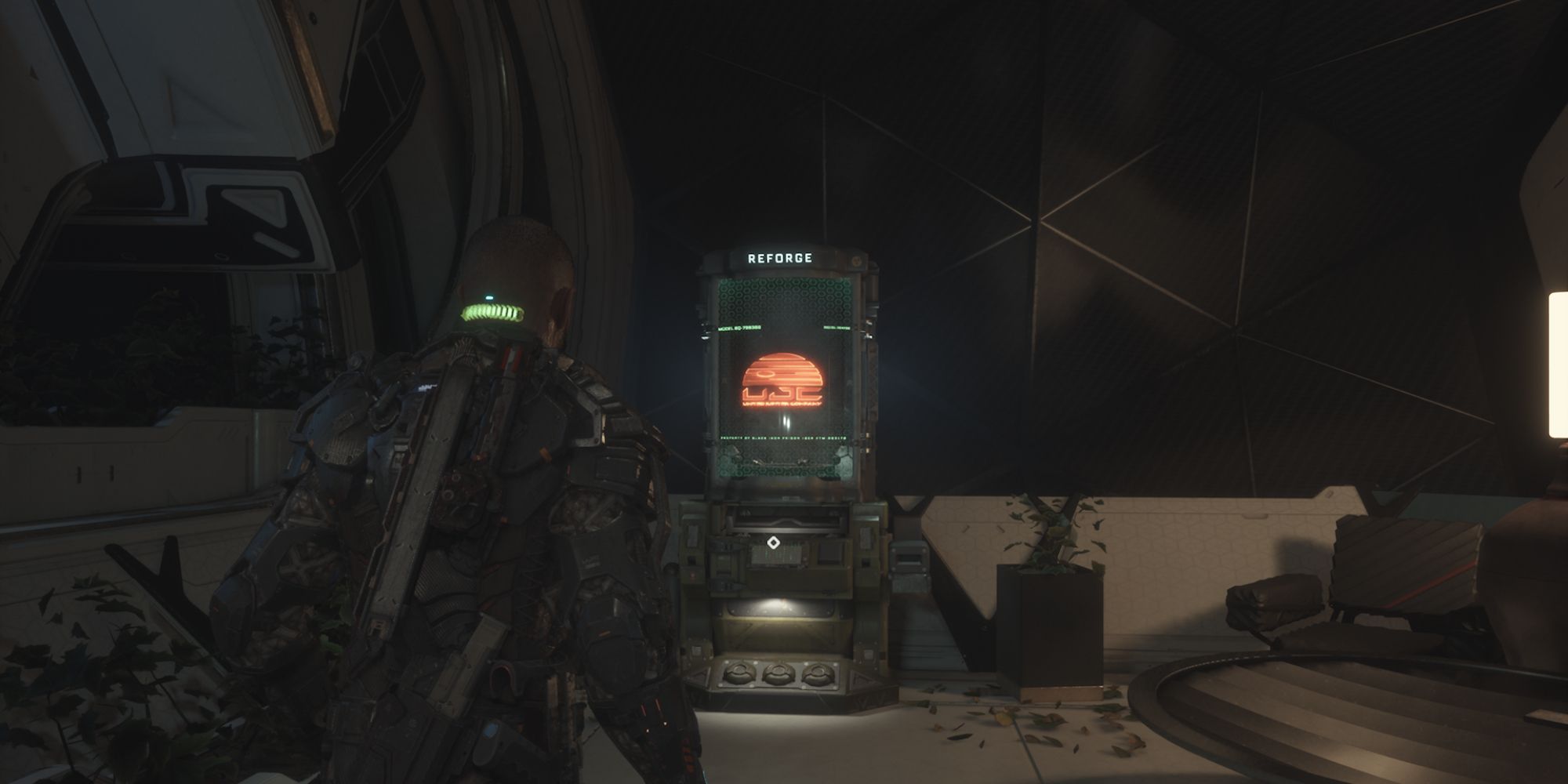 Once you've got all the loot, turn your attention to the reforge. It's the last one in the game, so feel free to spend all your remaining credits on upgrades. The Riot Gun and The Assault Rifle are the most powerful weapons you have. Therefore, it's a good idea to upgrade those. And if you haven't boosted your GRP energy or recharge speed, you should do that, too, if possible.

If you haven't got a Health Injector, it might also be worth getting one. But don't fill your inventory with health items, as you don't get much chance to use them.

After you've spent your points, make sure all your weapons are reloaded before progressing into the boss room. 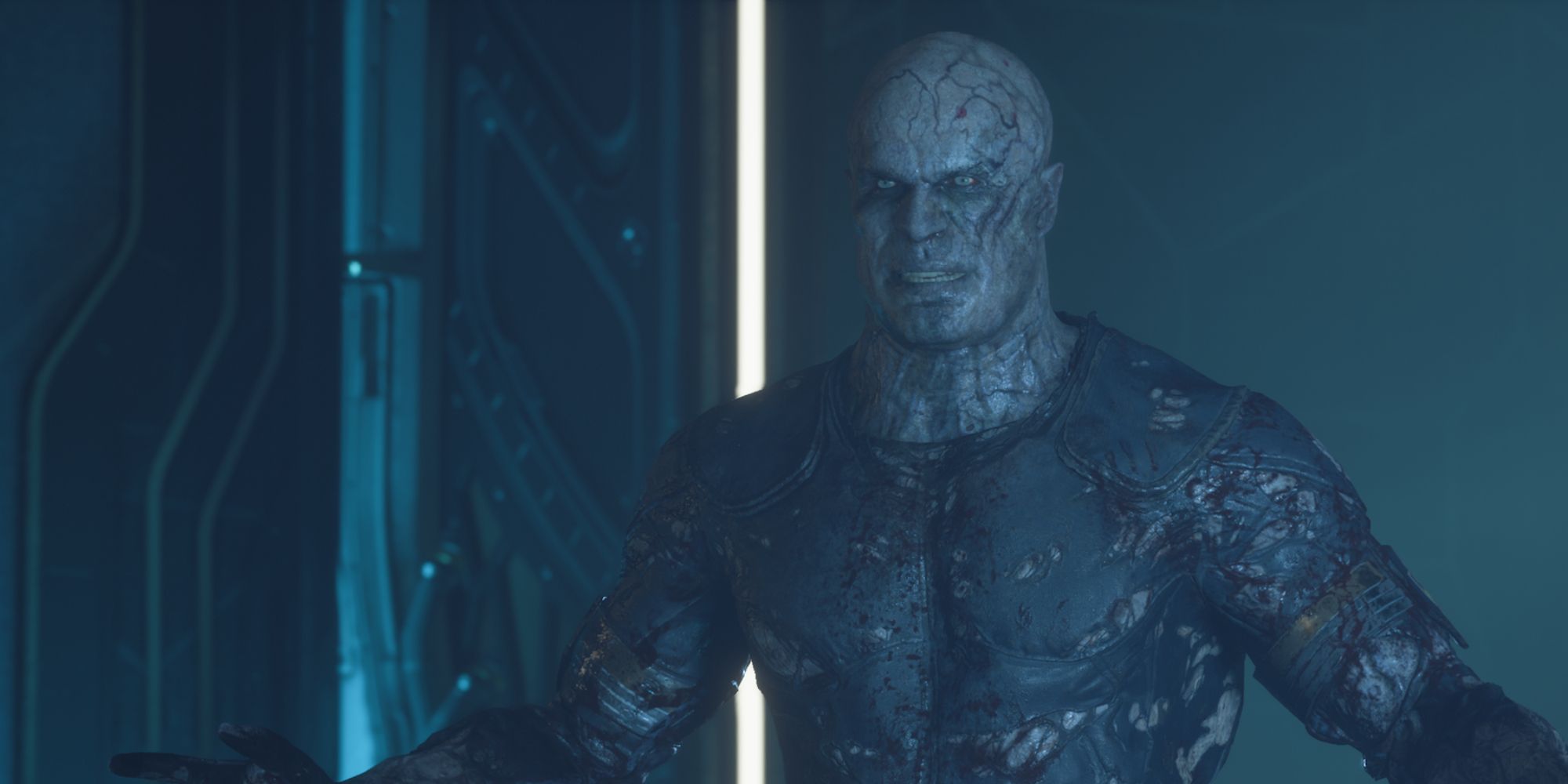 In the first phase of the battle, you face a somewhat human version of Ferris – albeit he's incredibly jacked. It's very similar to the duel you have with him earlier in the game. He charges in and starts swinging punches. So, keep dodging his strikes and remember to alternate which side you shift your body. 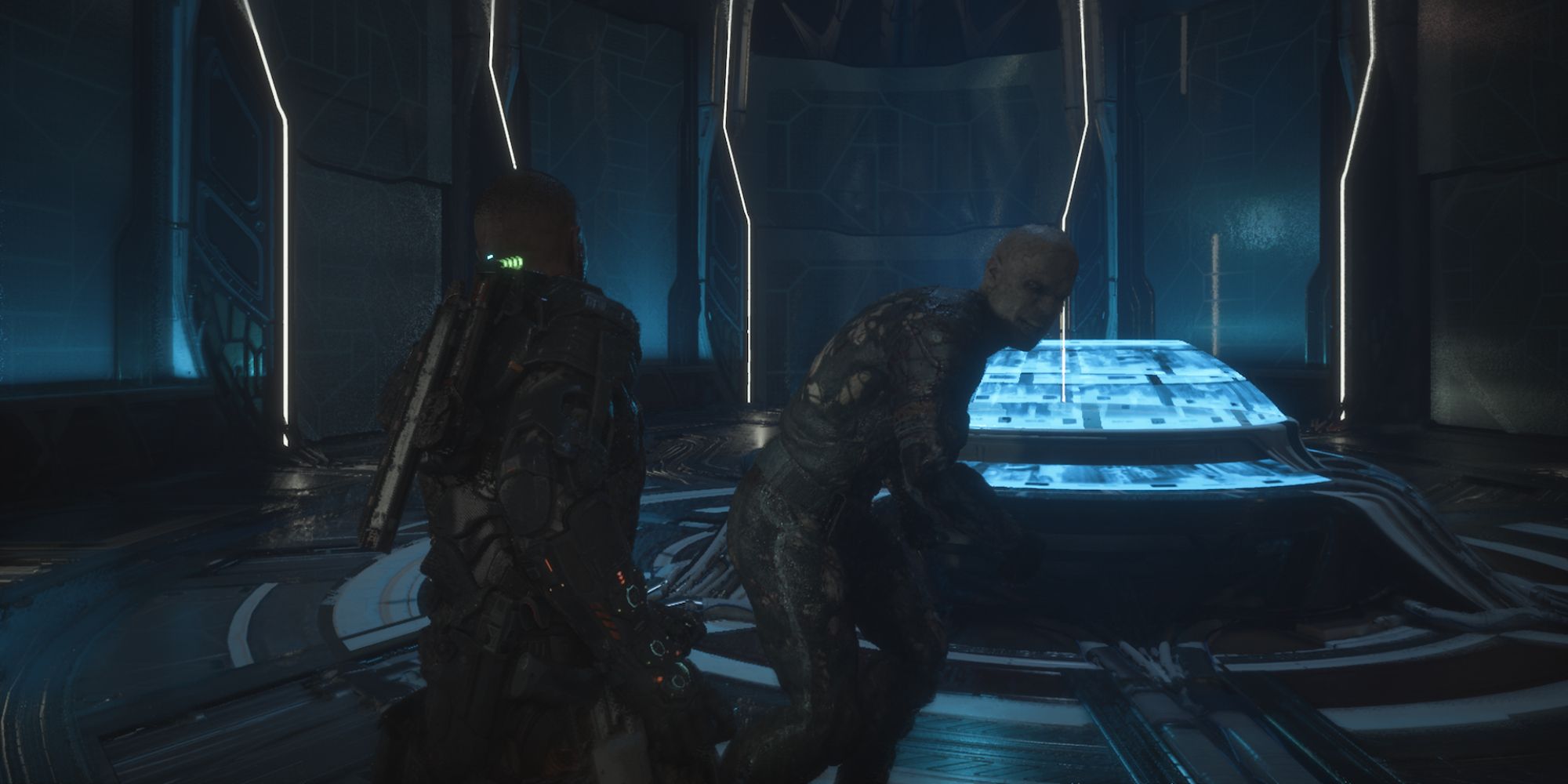 His combos usually include six or so punches. But you don't have to wait for him to finish. He gets a bit slower by the third, fourth, or fifth blow. At this point, you can quickly strike with your baton and unleash your own combo.

It's best to stick with your melee weapon for this phase, as bullets aren't really needed if you're good at dodging. That being said, if you want to fire a quick shot when the opportunity arises, you can do so. Yet, don't spend too long firing, as Ferris recovers quickly.

After a few rounds of baton combos, he grabs you, and a cutscene plays that takes you onto the next phase of the battle. 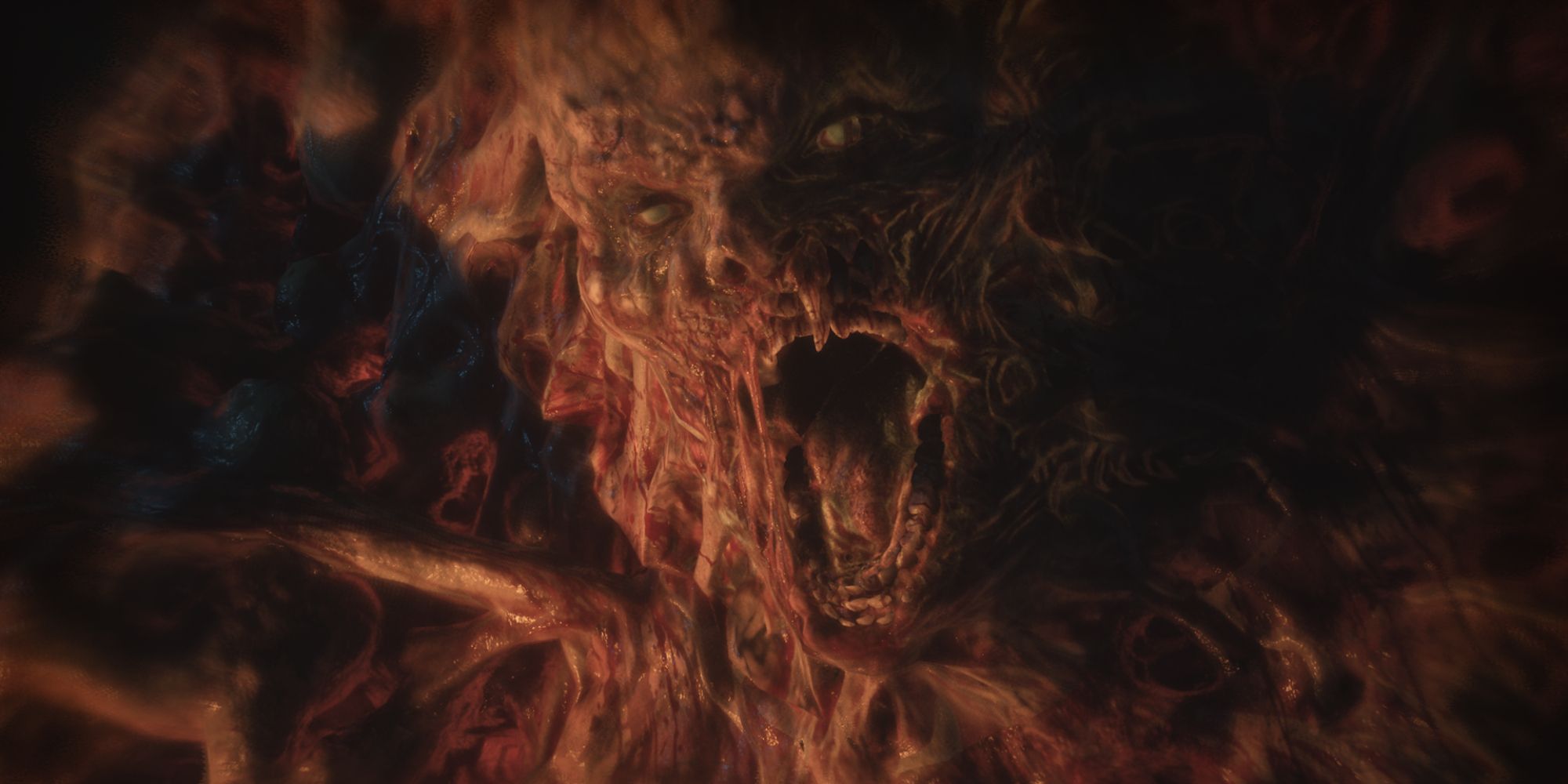 In between the phases, Ferris turns into a giant monster. In the process, he becomes a lot more dangerous.

In fact, in this form, his close-quarters attack will kill you in one. Thus, you generally want to keep your distance and dodge when he gets close. His range attack is less deadly, but you still want to avoid it if you can.

To defeat him, you must do significant damage to his head. Unfortunately, this brute has a protective dome over it. Therefore, you must break down the dome first. 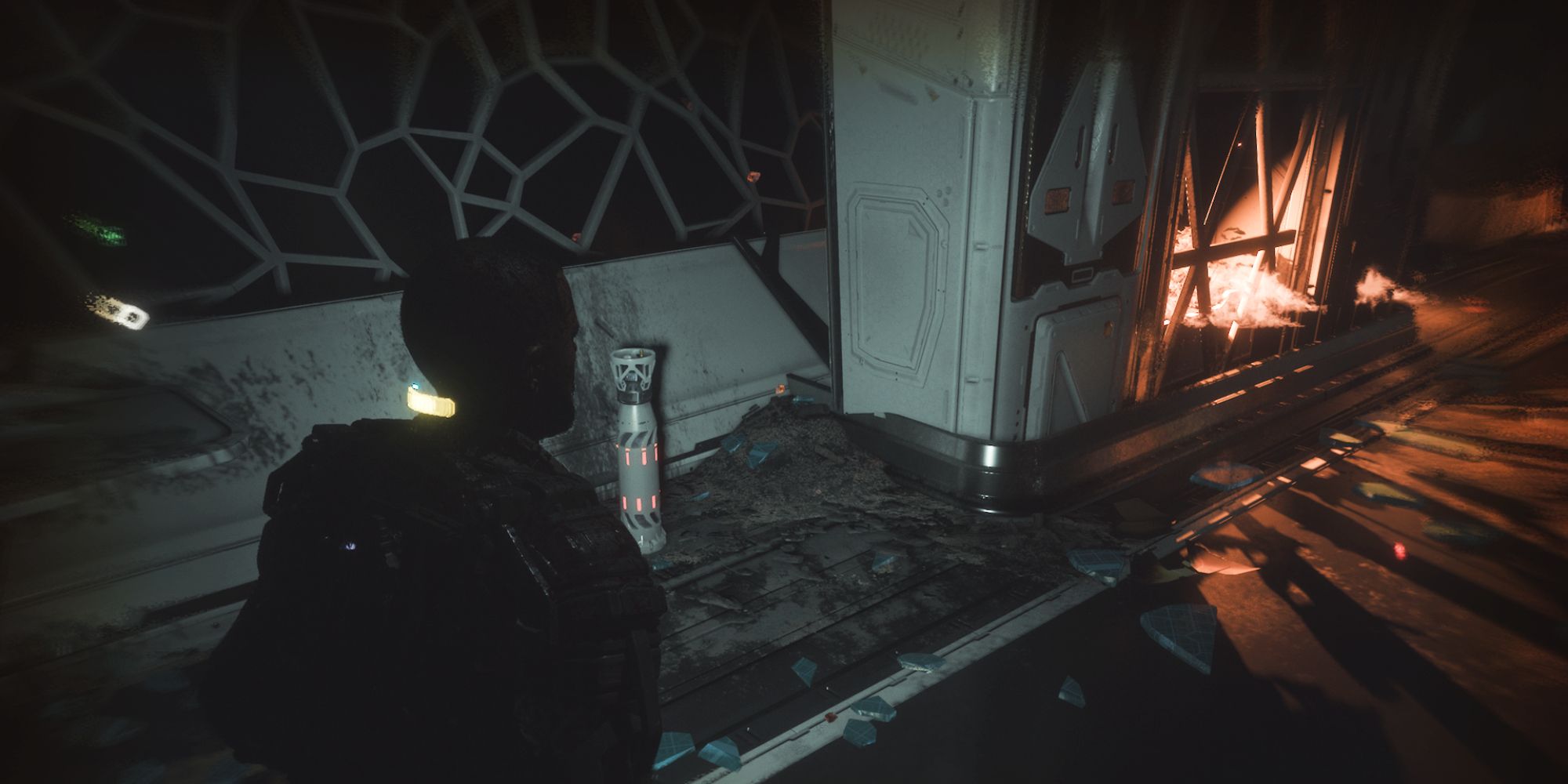 Upon starting this phase, you will notice that you can now access the area around the central room where you were hanging out earlier. Immediately make a beeline for that area, as it contains glowing red canisters that you should pick up and throw at the beast's dome.

If you're low on health, there are usually some around the canisters. Picking it up is much quicker than using a Health Injector.

There are about four canisters in total, and you should use them all. Once they're gone, switch to a powerful weapon and start firing at the dome or head (whichever is currently showing). 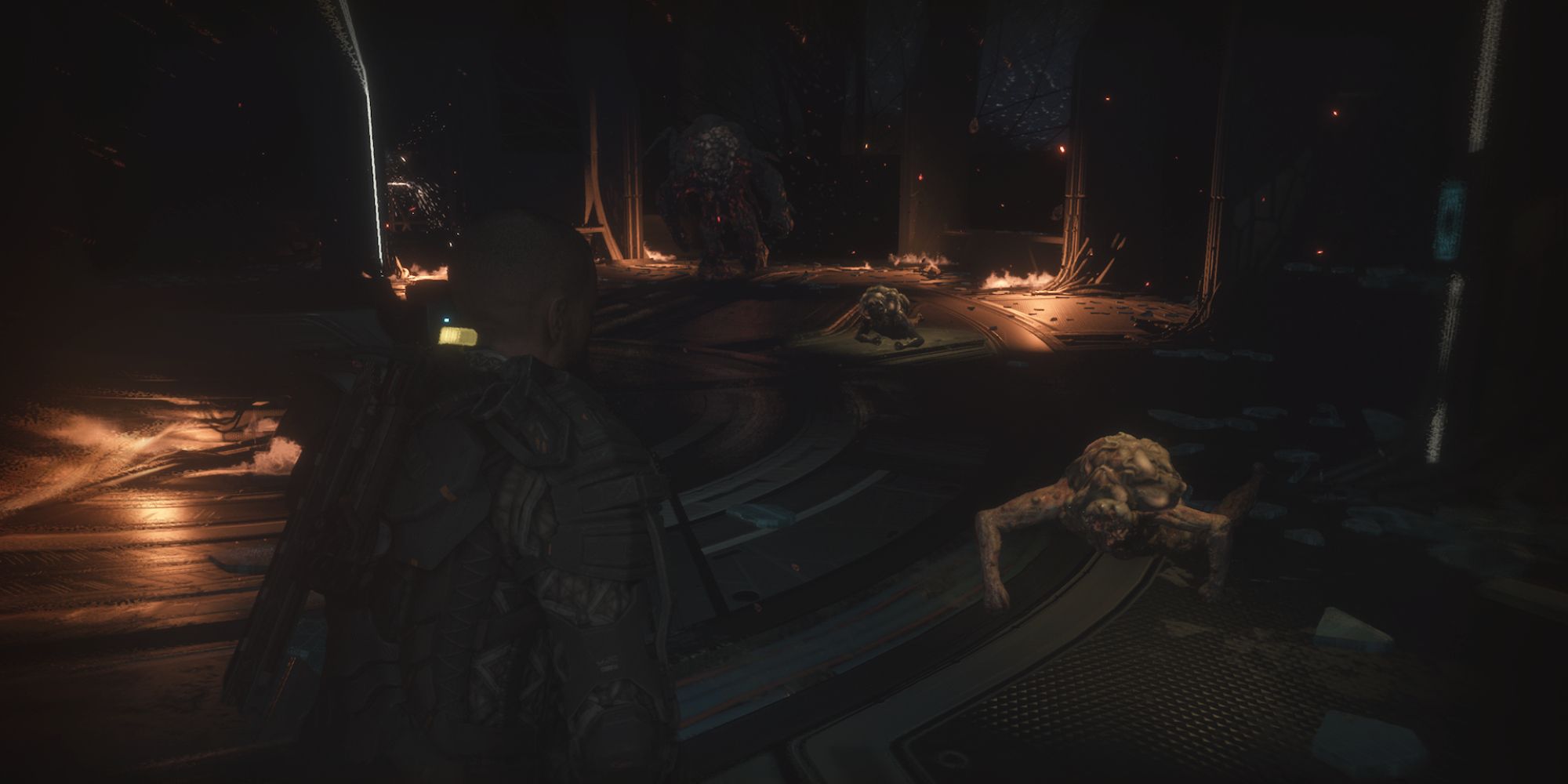 When you've done significant damage to the head, the dome returns, and more enemies appear. However, they're the exploding foes. So, you can pick up and throw them at the monster's dome in lieu of any more canisters. Just make sure the enemies don't sneak up behind you.

Sometimes the explosive enemies drop supplies. Keep an eye out for them to stock up mid-battle.

Once again, when you run out of explosives, you must use your guns instead. And when the dome is down, target the head. 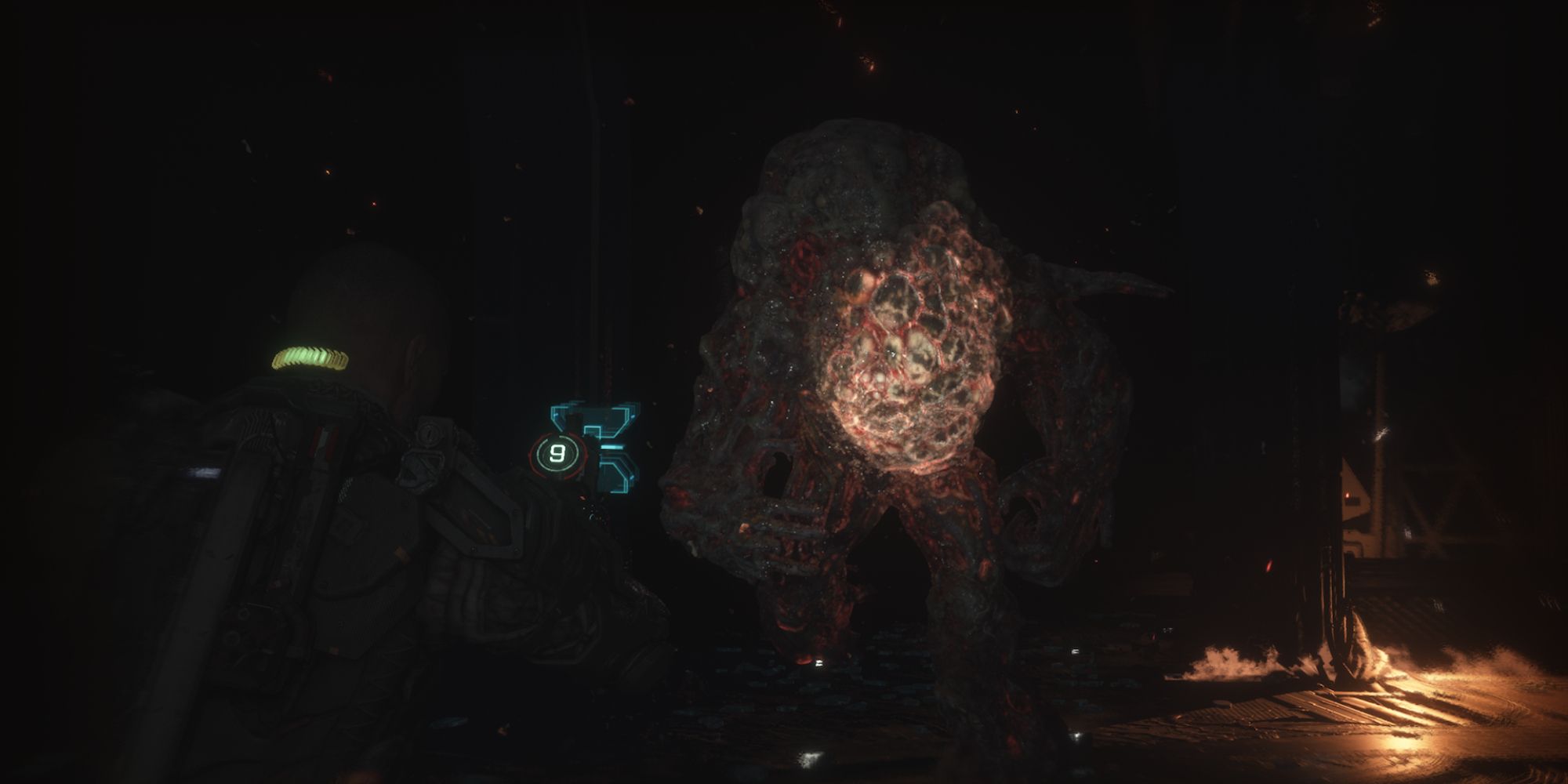 From here, you just repeat the process of using the explosive enemies and firearms to remove the dome and then damage the head. After following this sequence a few times, you will kill Ferris, and the fight will be over.