Sign your name on the dotted line and prepare to play a new tabletop roleplaying game format. The Contract is a free-to-play, open-source TTRPG that is played 100% through its website, without physical sourcebooks, character sheets, or the need to have all players in the same real-world location.

The website has a similar feel to a wiki, in that there are menus hyperlinking you to multiple Game Rules categories. There’s also a Quick Access menu for in-game items you need to use during the campaign. You can pretty much read the entirety of the intro material and game rules from the start, including rolling up a character. However, you’ll need to sign up and log in if you want to get into actual gameplay with a group of other players.

The Contract takes place in a world where “the advent of camera phones confirmed the existence of the supernatural instead of disproving it”. You roleplay as Contractors, “ambitious individuals who agree to go on deadly missions in exchange for fantastic Powers”, and stand guard on the line between the mundane and the extraordinary. Instead of adventuring for experience, you awaken a new latent power within you after each game you successfully complete. 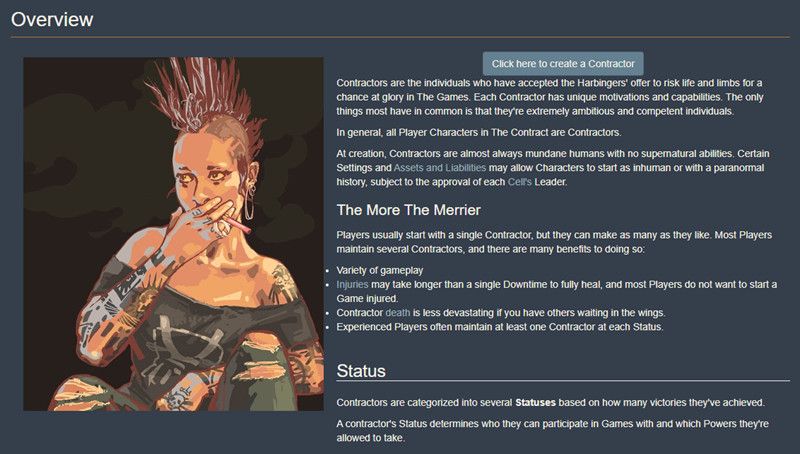 Games are the missions here, acting as “the primary unit of play”, according to The Contract’s rules. A typical scenario involves the GM roleplaying as a Harbinger and contacting your Contractor in order to invite them to a game. Once the game is complete, “the GM declares which of the surviving Contractors succeeded and which ones failed”.

The Contract’s website engine handles numerous aspects of gameplay, including character creation, player tracking, successes and failures, character and power choices, injuries, penalties, GM notes, player journals, and more. The site notes also state that The Contract’s website “is not designed to replace a tabletop, real or virtual, and we do not offer chat, maps, tokens, communal dice-rolling, or similar features”, with Roll20, Discord, and Reddit recommended for those items. 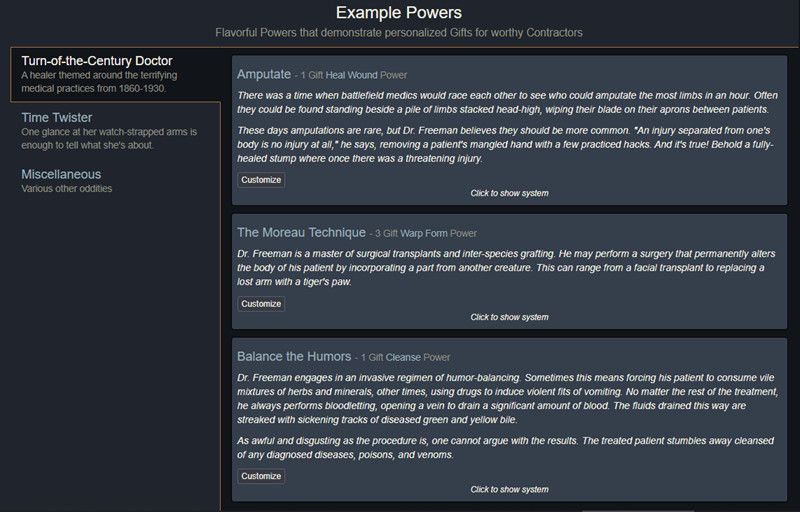 The Contract is a highly intriguing game, both in terms of its gameplay, and its free open source component. There is a lot more than one news article can cover, but now that you’re aware of it, give it a test play and see if it fits your TTRPG needs.

Related posts:
eSports
CoD: Team Banned From $250K Twitch Rivals Warzone Tournament After Cheating
Team Vitality announces Garmin partnership – Esports Insider
ESL announce studio setup events, a possible return to LAN and two non-DPC tournaments for 2021
RLCSX Winter Major details revealed for February – Daily Esports
Celebrate Super Smash Bros. 27th anniversary with its bizarre commercial
Recent Posts
This website uses cookies to improve your user experience and to provide you with advertisements that are relevant to your interests. By continuing to browse the site you are agreeing to our use of cookies.Ok