So far in The Dark Pictures Anthology: The Devil in Me, we’ve watched the crew of Lonnit Entertainment arrive at and settle into the recreation of H. H. Holmes’ infamous Murder Castle. We’ve seen how the characters get along, and now it’s time for them to break bread together downstairs for an 8pm dinner arrangement.

The problem is that someone is missing, and it begins to make the crew feel like perhaps things aren’t as they’ve seemed so far. Follow along with our guide for which choices to make to ensure that the Dinner scene goes according to plan.

As a game within The Dark Pictures Anthology, a series that focuses on forcing you to make meaningful choices in your gameplay, each decision leads you to branching storylines. We acknowledge that we might have missed a few smaller details, but despite this, we’re committed to being as thorough as we can in our guides. We’ve played through The Devil in Me a few times over in the name of bringing you complete coverage. 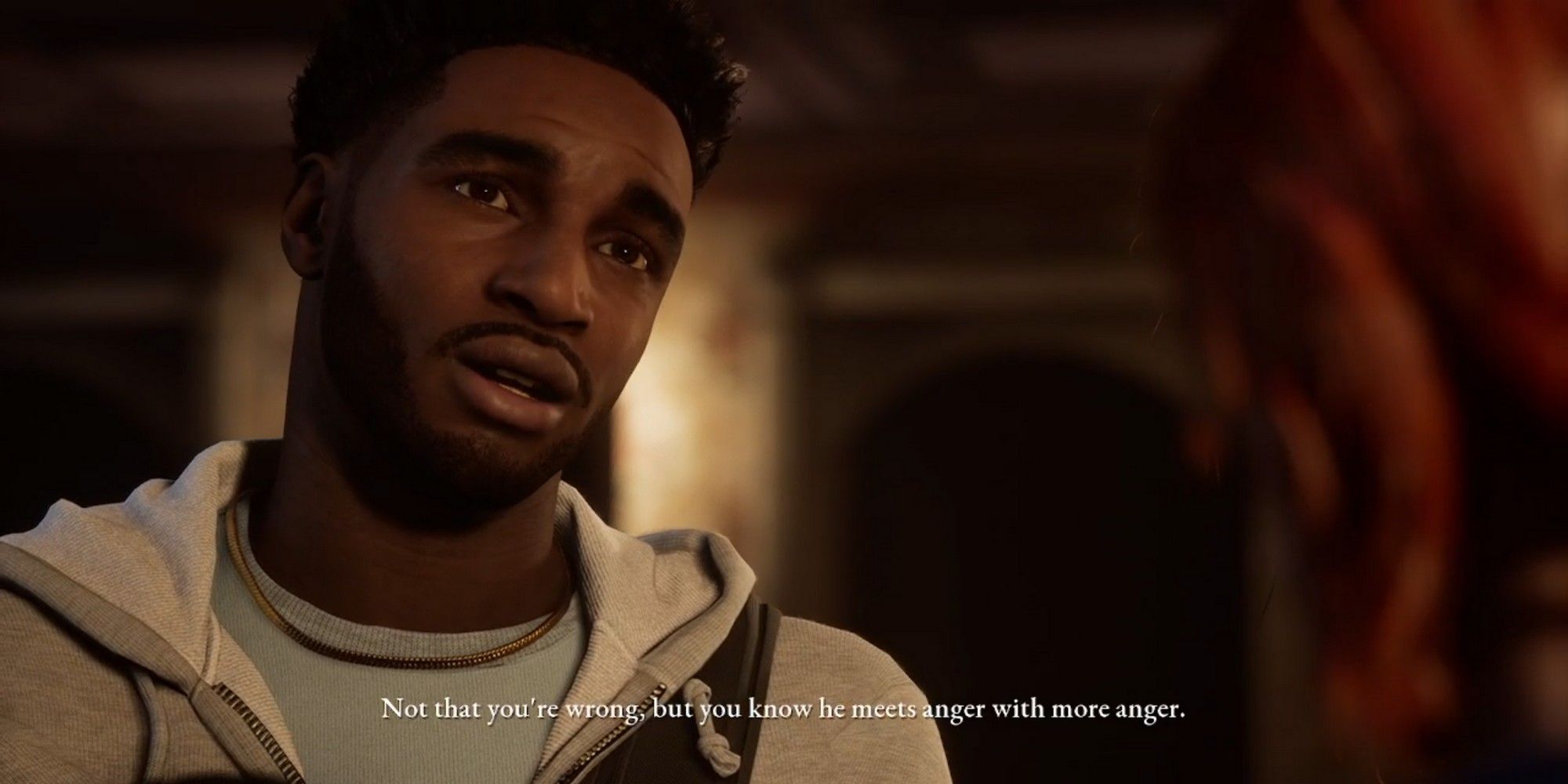 This scene begins almost seamlessly from the last, Scouting. You’re controlling Mark as he and Kate take a moment on the balcony to talk. Kate is upset with how Charlie is running their ship, but Mark is initially trying to keep the peace.

From here is where your relationships are going to vary wildly depending on which general tone you choose during the conversations in this scene. For Mark, there’s an option to contradict Kate, as well as dialogue choices that lean more into supporting Kate and putting Charlie down.

We’ll separate the scene based on the outcome of your tone.

Below are the dialogue options to choose from if you’d like to discourage Kate’s rambling. These options are diplomatic for the group as a whole and for Charlie specifically, but will lead to a decrease in your relationship with Kate.

Be wary of your choices if you’re trying for the Ultimatum Ending, as it requires Kate and Mark to rekindle their relationship (which is also a trophy). 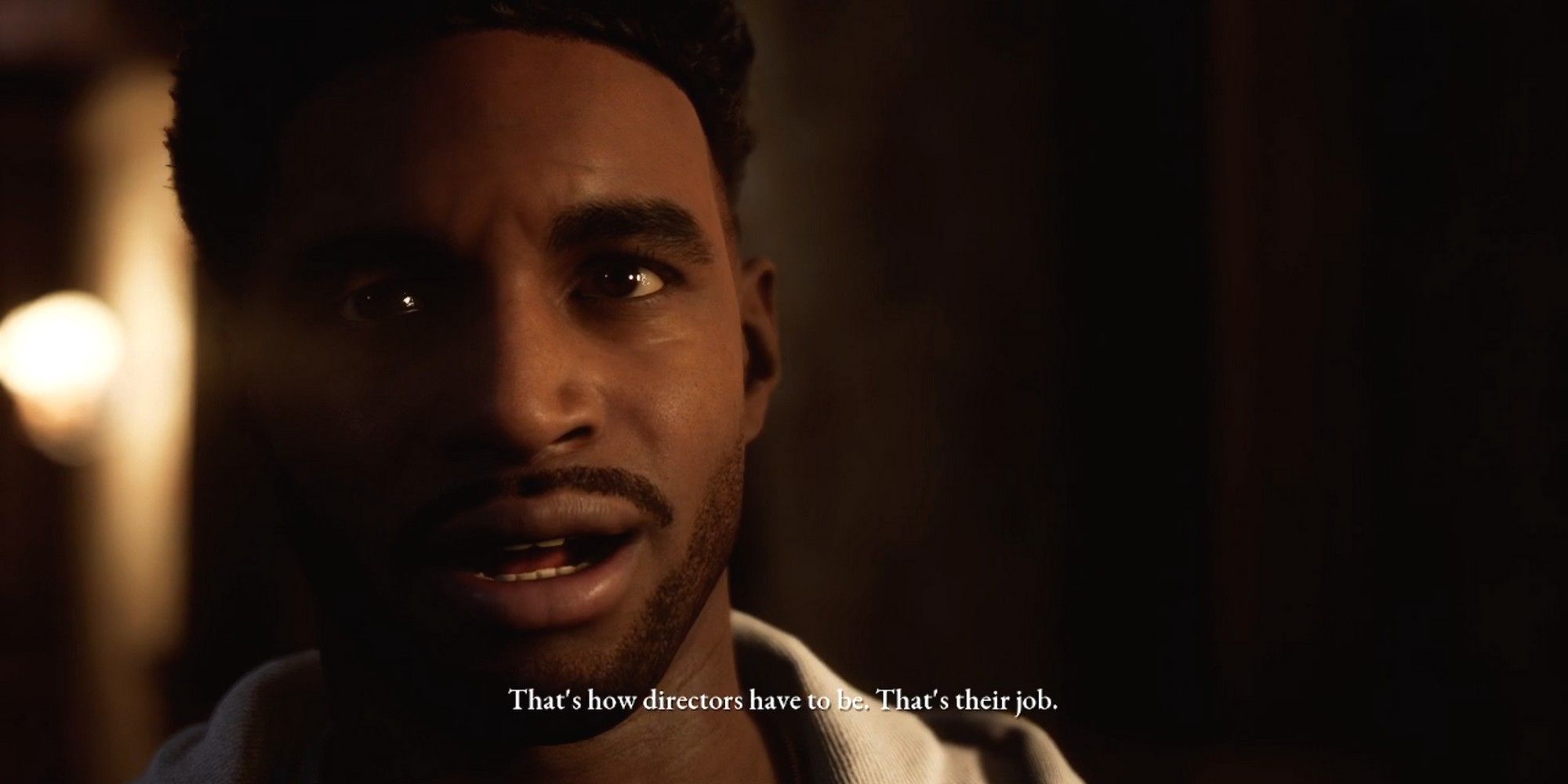 For Mark’s dialogue, choose the following decisions, which we’ve arranged in order of when they come up in conversation.

Saying nothing for each option in this conversation will also lead to this progression.

Charlie then appears and calls up that it’s time for dinner and asks if you’re hungry, ending Mark’s section of the scene.

Mark Supports Kate And Sides With Her 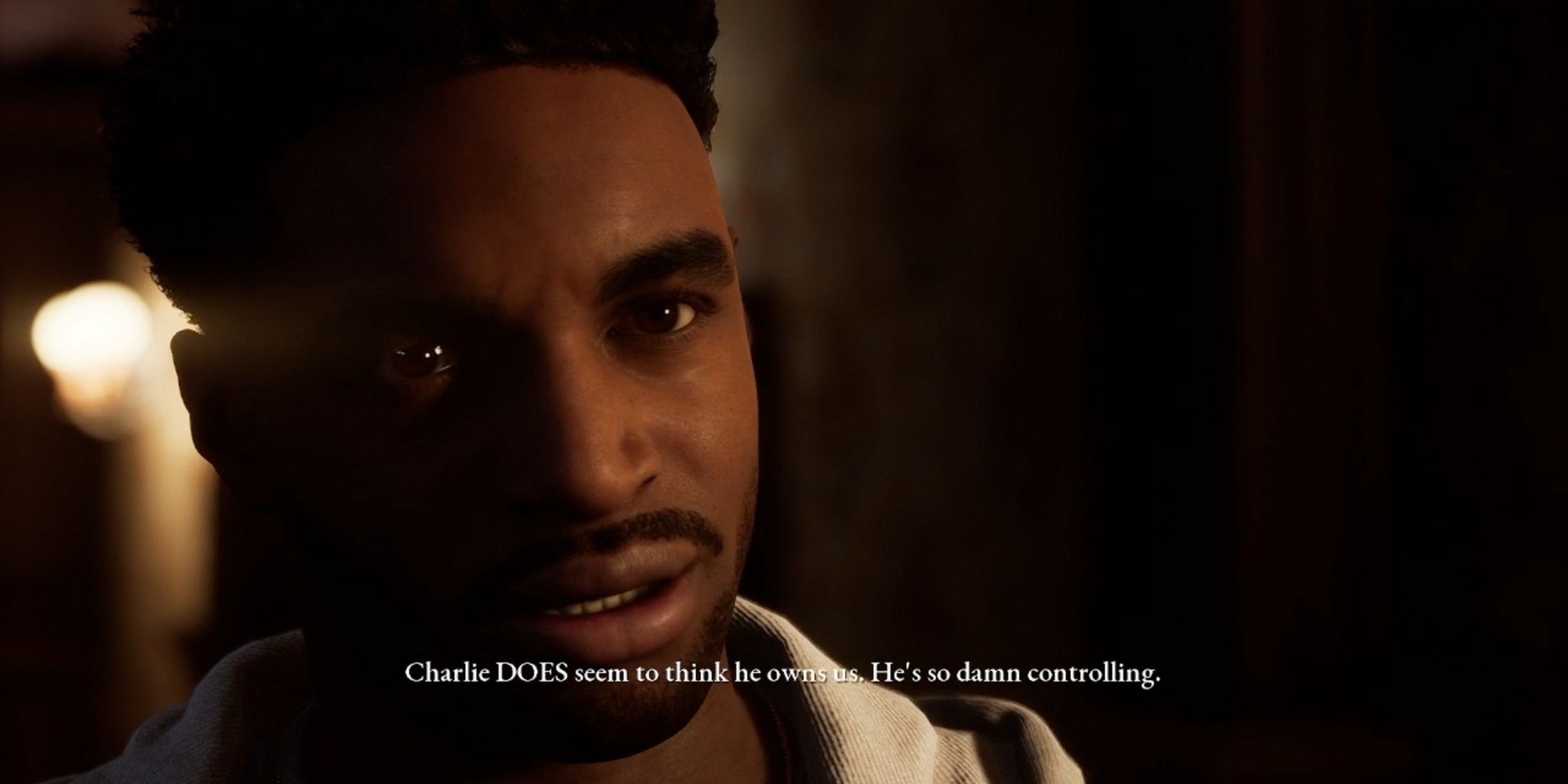 Choose the following to support Kate:

Charlie then appears and is quite cross with Mark and Kate, having overheard their discussion as he was coming to get them for dinner. Particularly upset with Mark’s comments, Charlie tells them to come down for dinner and to start behaving like professionals. 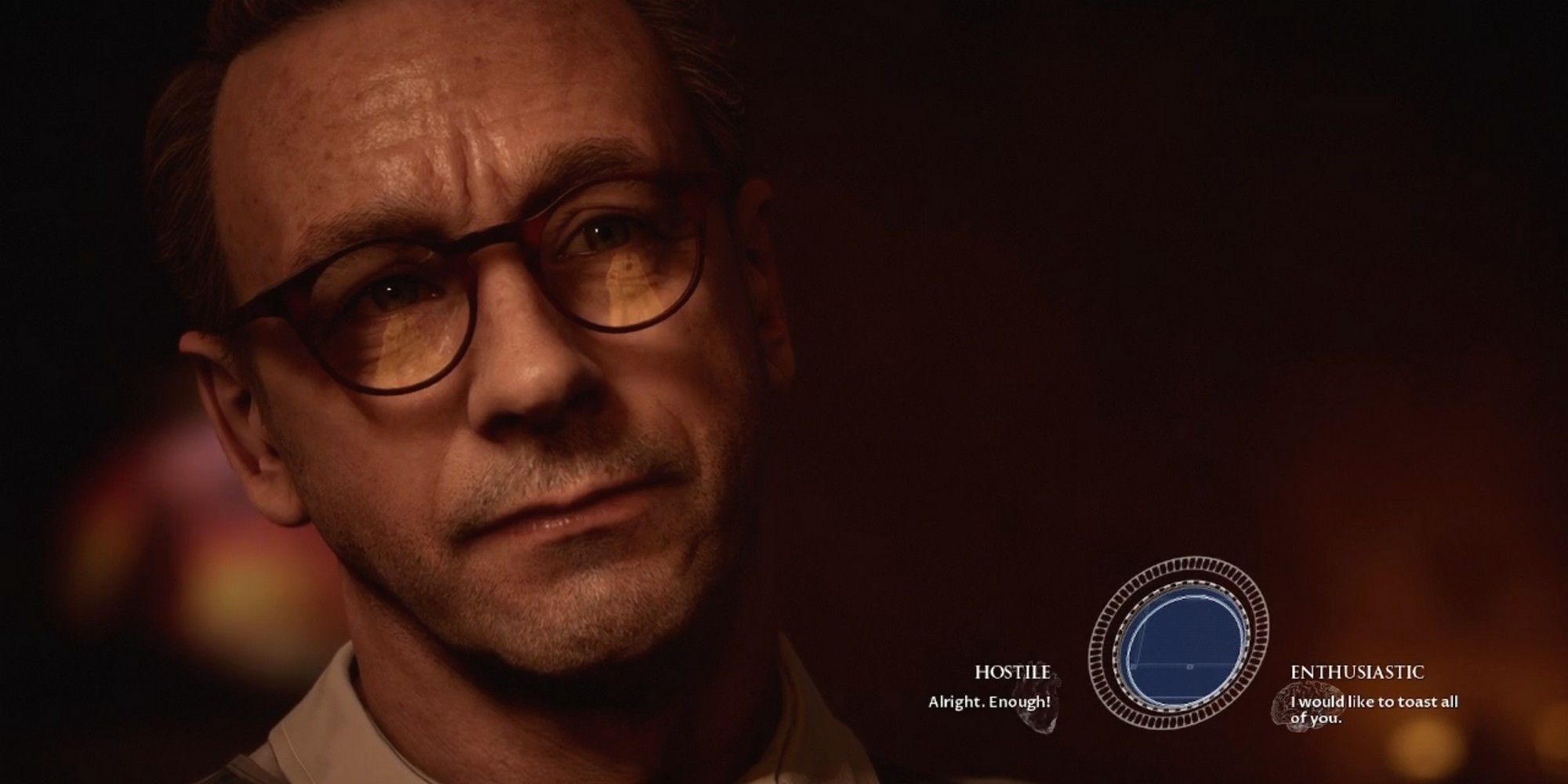 As with the last half of this scene, the actual dinner meeting can go one of several ways. We’ll give you the options to guarantee you get which option you’d like.

Kate and Mark join Charlie and Erin in the dining room, and they comment that Du’Met is absent from dinner. Charlie can be either reassuring, concerned in his response, or say nothing. Either way, Jamie arrives and confirms that she saw Du’Met and his daughter get back on the ferry and leave.

The group contemplates what this might mean and where Du’Met has gone, and Charlie has a few options for how to reply: angrily, reassuring, or saying nothing. These choices impact Charlie’s traits and can lower his relationship with Erin a bit.

Mark asks about the cigarettes, and Charlie can be playful and pretend he found invisible ones, resentful of the broken things at the hotel, or say nothing. These choices, like the last one, impact Charlie’s traits and Mark’s relationship with him.

The biggest deviation in this scene comes when Charlie stands and raises a glass to make a speech. This scene can play out in one of two ways, depending entirely on how Charlie speaks to the team here.

Choosing to be enthusiastic sees Charlie complimenting the members of his team and finally thanking them for their hard work. This choice improves his relationship with the group. 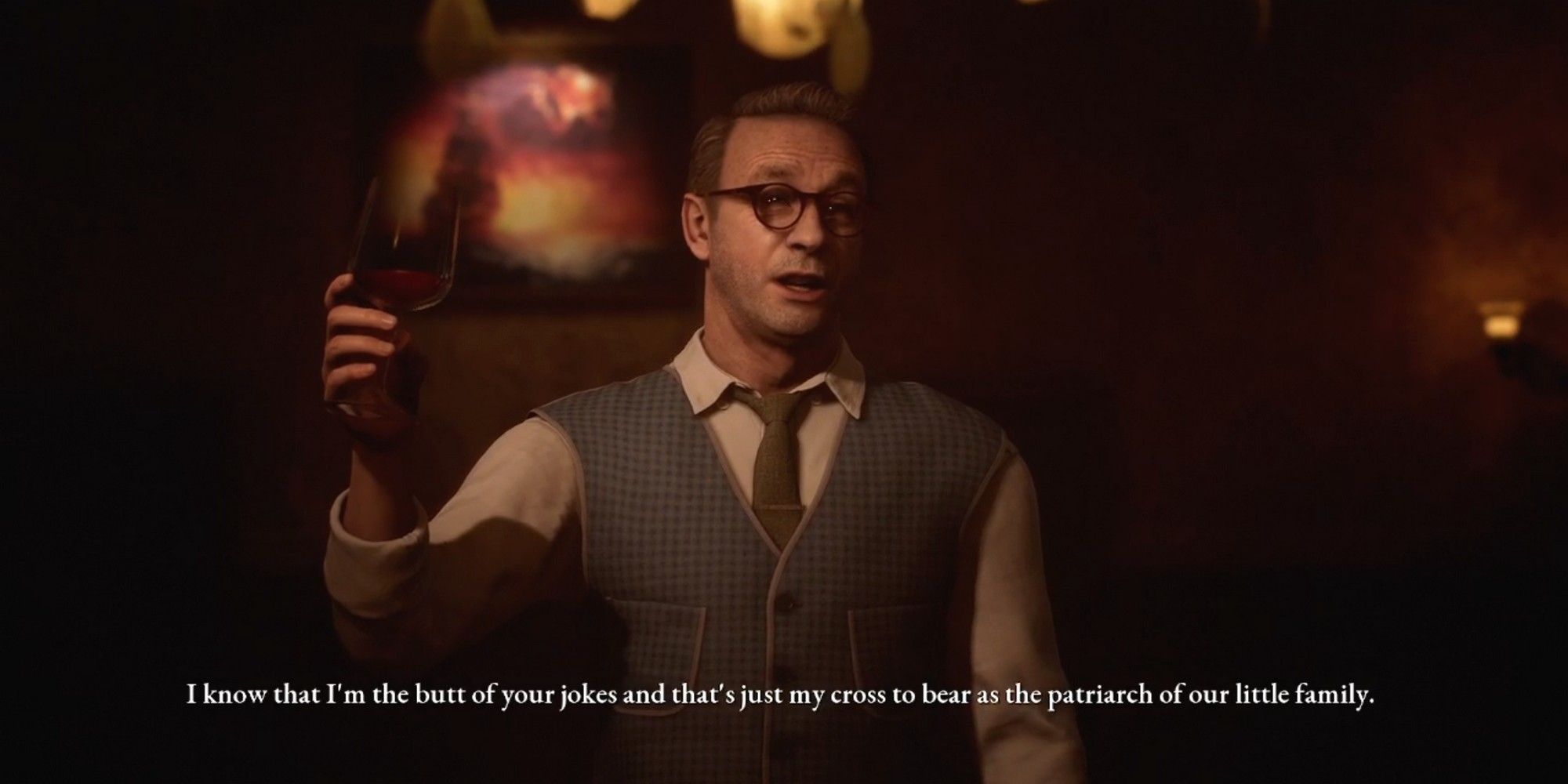 When given the option to single Erin out, choose appreciative for a boost to Charlie’s relationship with her.

This decision keeps the peace at dinner and the group is civil when discussing how to do the shoot for the night. They brainstorm ideas together and prepare to get started.

Choosing to be hostile in Charlie’s response sees him berate the team and liken himself to Jesus with his apostles, unable to decide who to name as his Judas. This choice decreases his relationships with the group. 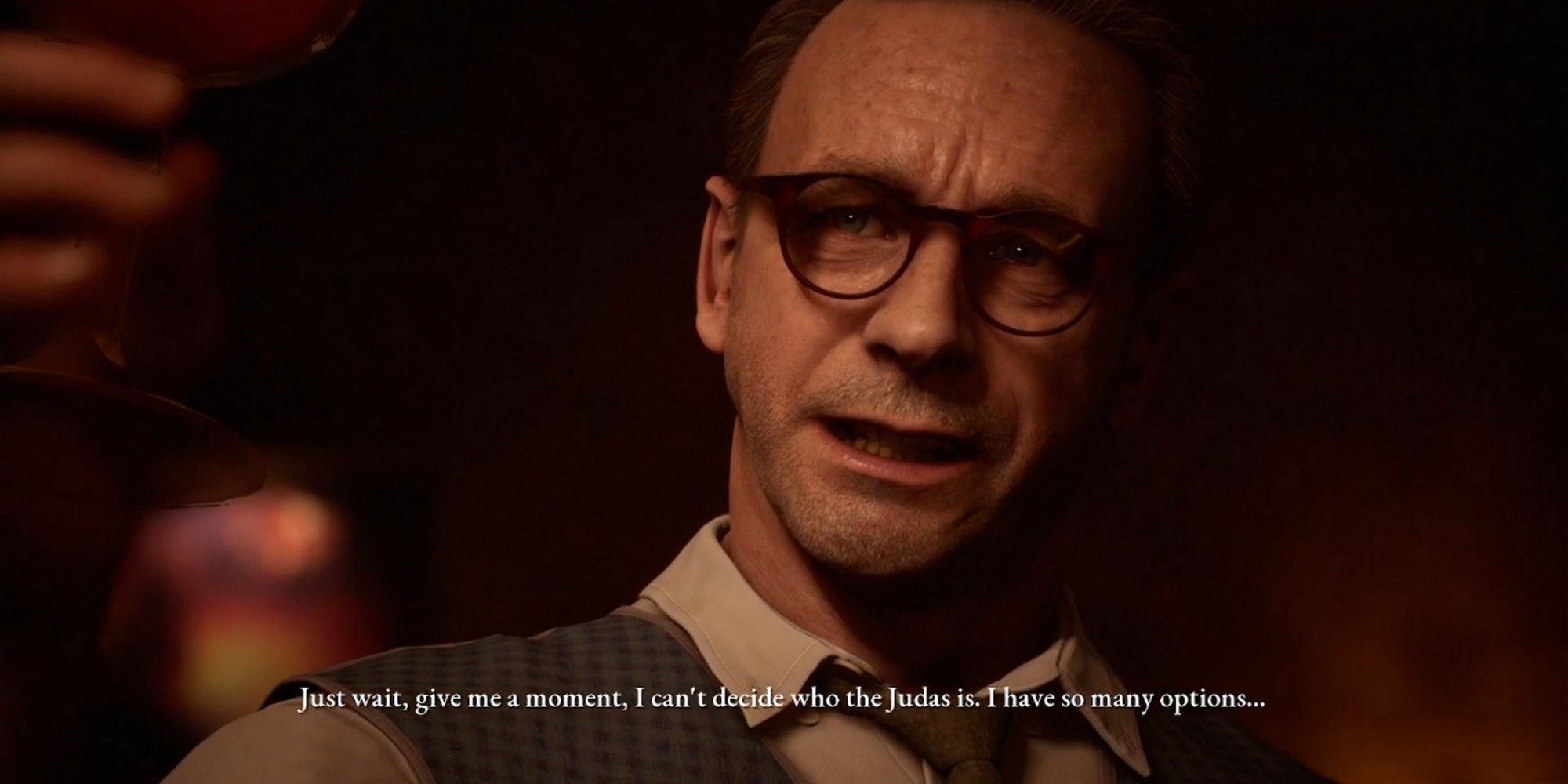 Mark tries to talk sense into Charlie. To continue with the divisive track, choose to be spiteful, which will decrease Charlie’s relationship with him.

There’s more arguing, and Jamie mocks Charlie for trying to take control. To keep up the hostility, choose to be dismissive. It further damages Charlie’s relationships.

Everyone leaves except for Jamie, who fires another remark at Charlie. Being angry continues the division in the team.

This decision divides the team even further, and they’re hostile when discussing how to do the shoot. Each person angrily remarks how they’ll be able to shoot soon on their way out, leaving Charlie alone.