Last weekend’s Darktide beta may be the quickest I’ve ever soured on a highly-anticipated game. As a die-hard Vermintide 2 fan, I was excited to see how Fatshark would adapt its already-winning formula for the Warhammer 40K universe. After playing the game and speaking to the developers at the Summer Game Fest play days earlier this year, I was confident that Darktide would be a meaningful evolution of Vermintide – taking what people loved about Vermintide 2 and building a live service platform that can continue to grow forever. I played over 20 hours of the beta while leveling my Ogryn, and my overall impression from it is that Darktide is a huge step down from Vermintide 2 in almost every way.

In terms of performance and stability, the beta test was kind of a mess. If you managed to make it through the login screen and group up with your friends, there was still a good chance that one or all of you would get kicked back to the start menu at some point in the middle of the run. Even high-end gaming PCs struggled to maintain a reasonable frame rate, and the countless bugs were a constant source of frustration. But, that’s all to be expected in a beta. When you sign up for any closed beta test you have to go in with the understanding that you’re playing an unfinished game. These things are only issues if they’re still there when the game actually launches later this year. What concerns me isn’t technical issues, but the actual design of the game – at least what we’re seeing in the beta. Progression is flat and devoid of any real character building, loot has poor variety and boring sources, the complex systems from Vermintide 2 are gone, and in their place are generic, uninspired ways to earn power and gear. It’s one thing to hold back features in a beta, but this feels more like a prototype than a sample of a fully fleshed-out game.

I can explain the entire gameplay loop of the Darktide beta in just a few lines. First you run a roughly 30-minute mission to earn experience and gold. If you level up you earn a random weapon, and when you get back to town you can buy ranged and melee weapons from a shop that rotates inventory every hour. Starting at level 11, you can complete weekly challenges to earn a unique currency that can be traded for either a special weekly weapon or random rolls for other weapons. You can equip one melee and one ranged weapon, and every five levels you earn you can select from one of three passive traits – six total. That’s the entirety of the progression and loot system we’ve seen so far.

Unlike Vermintide, many weapons are not class specific. Psykers and Zealots share ranged and melee weapons, for example. Presumably this is because, unlike Vermintide, Darktide will have an ever-expanding roster of classes to choose from, instead of unique classes with different careers. Gear overlap will allow them to spread weapons out to more classes instead of developing tons of unique archetypes for each one. The problem is even with gear sharing the variety in the beta is extremely limited. This is especially bad for the Ogryn which only has access to a club, two samey knives, a shotgun, and a burst rifle called a ripper gun. Despite what the developers have said about every weapon having unique stats, so far, weapons of the same archetype all feel the same to use. And with only two gear slots – compared to five in Vermintide 2 – the potential for interesting builds is almost non-existent. 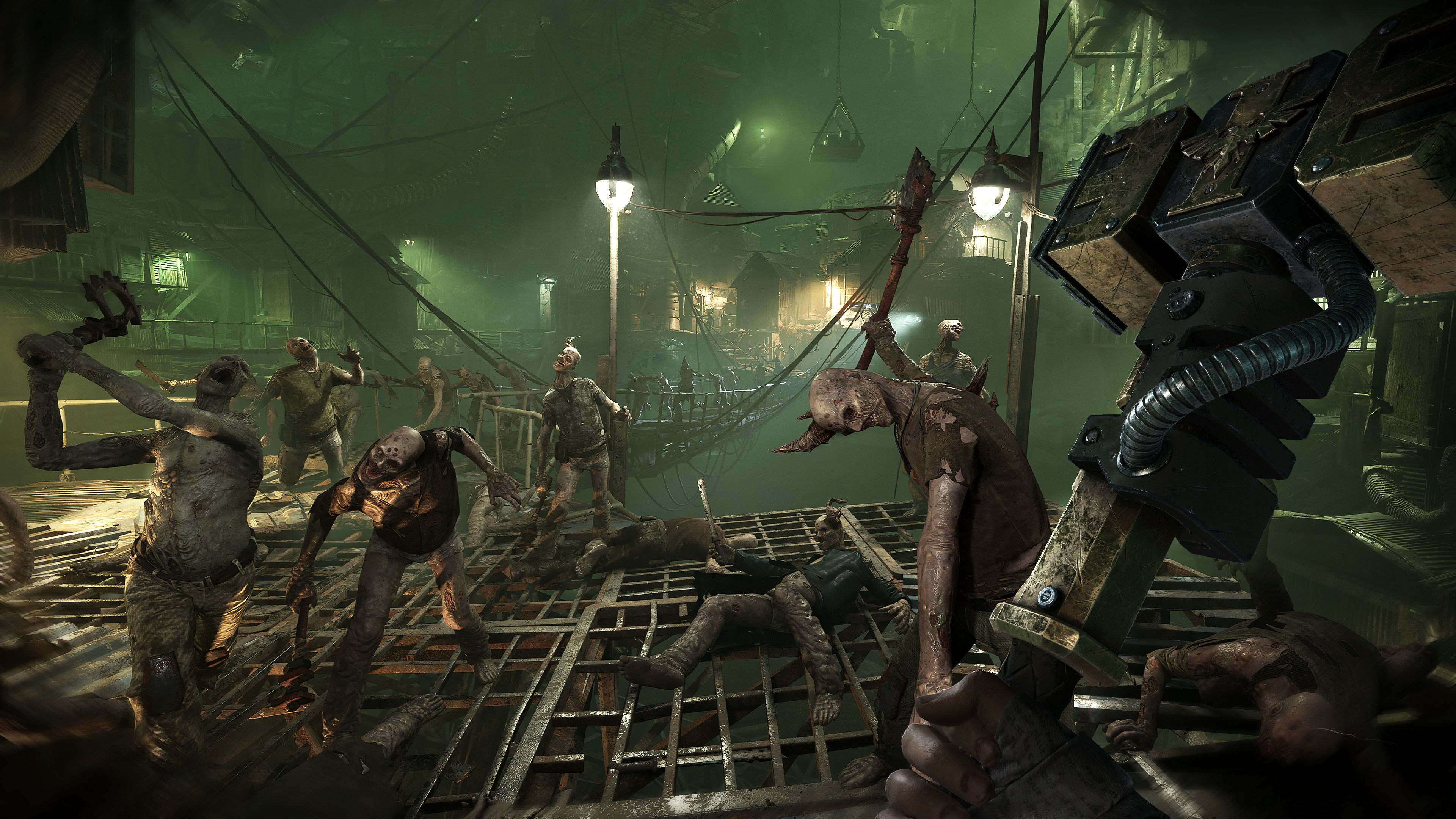 The only class building that exists is the 18 traits, of which you can choose six. These are largely number modifiers like “deal 50 percent more damage to X enemy type with charged attacks”. Passive bonuses like this tend to increase your power without making any kind of impact on the way you play the game or approach combat. Based on what I’ve seen, there are some clear best-in-slot choices that will make customization fairly limited. Again, a constant stream of new classes to play and level up from scratch may end up being the answer to flat progression – classes that may or may not be paid DLC, according to the developers.

The loot is uninteresting, the build potential is low, the classes don’t present interesting choices to make, and perhaps most egregiously for a lot of games, the way you acquire gear is boring. A shop on a rotation and a weekly challenge system don’t inspire me to grind the way performance-based strongboxes did in Vermintide 2. Every system in Darktide seems like a placeholder, and none of them are as complex or interesting as the ones in Vermintide 2.

This isn’t the game Fatshark has described at all, and I don’t know if the beta was just an old and stripped down version of the game, or if things have changed dramatically from our last conversation. At Summer Game Fest, head of design Victor Magnuson described a lot of features and design choices I was excited to see. According to Magnuson, weapons were supposed to feel unique within each archetype, and there were more ways to earn them than ever before. Chests were coming back, as well as a crafting system that will allow you to extract and imbue traits from one piece to another. There were also supposed to be three additional gear slots for gadgets that can be mixed and matched to create builds. If all of those things are still in the game, I haven’t seen any of them yet.

The thing I was most looking forward to seeing was the modular system Fatshark has created for each mission. Magnuson said missions were separate from zones, so you could run multiple mission types on the same map and take slightly different paths each time. Supposedly, Darktide’s zones are stacked on top of each other and overlap, meaning you’ll see sections of other maps within a mission that will be recognizable, and the developers have the ability to pull sections out and restitch them together in different ways. In the beta, there were just four missions with static objectives. You can run a mission a hundred times and the level design will be exactly the same every time. I was also told about side missions that will add variety to missions and encourage players to take alternate paths, breaking up the optimized path playstyle of Vermintide 2 that Grimoires created. In the beta, all of these optional objectives just randomly scatter collectibles throughout the map. Five different variations of a tedious scavenger hunt is not what I had in mind when I heard side missions.

Then there are all the things that people really liked about Vermintide 2 that don’t seem to be part of Darktide. You don’t get a score screen at the end of a run to see how everyone performed, which is apparently a deliberate effort to combat toxicity. There’s no gauntlet at the end of a mission where you run to the portal with your team and barely escape with your life – the end mission gathering points are just a few feet away or, in the case of the boss room, the screen fades to black and the mission just sort of ends. There’s no private hub like Vermintide 2’s keep where you can explore and hang out with your party – in fact, your party doesn’t even appear in the hub with you most of the time. You can’t compare gear side by side, there’s no target dummy for testing weapons, and nothing can be shared between characters anymore. 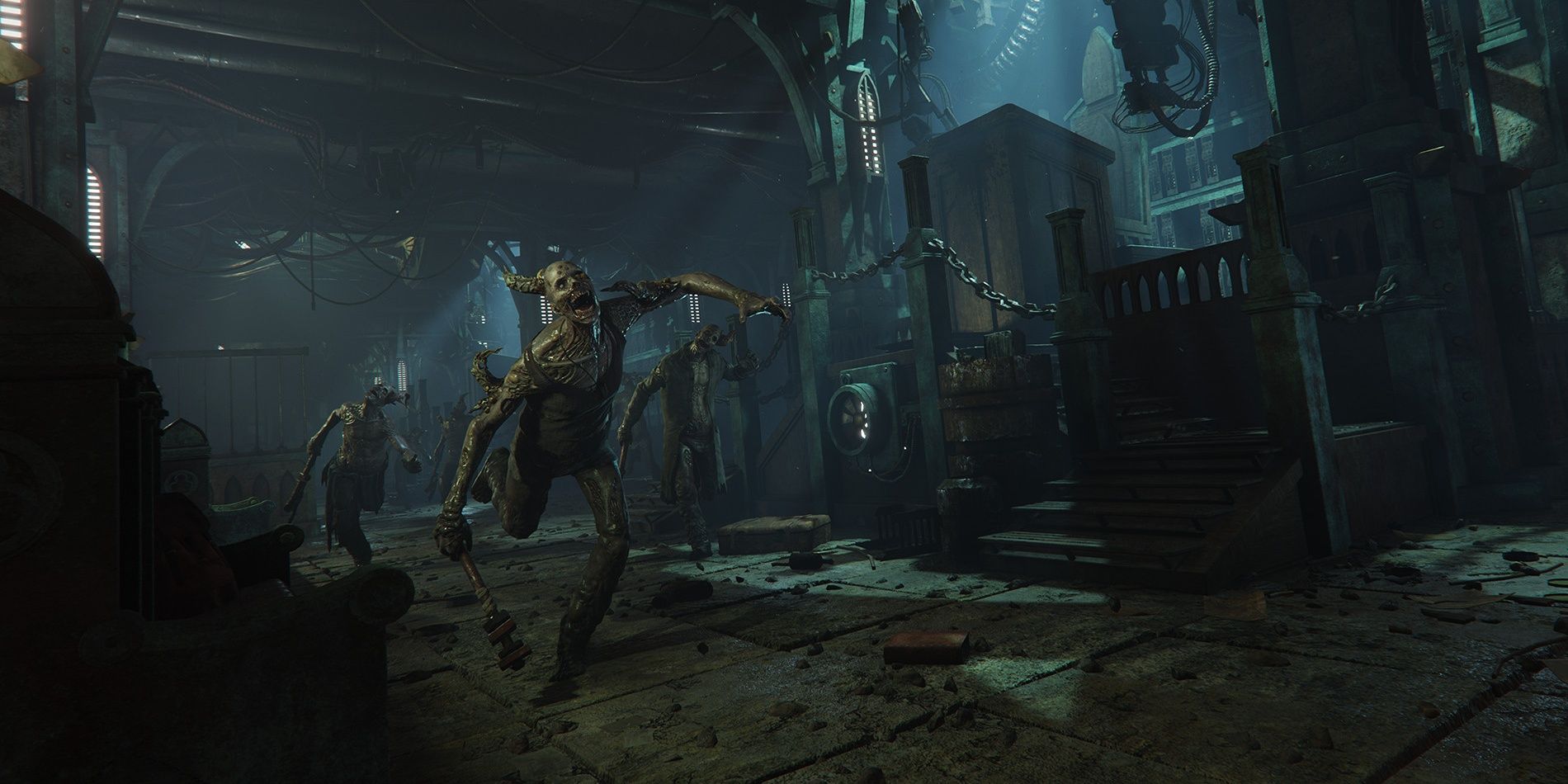 All of these problems serve to distract from the actual gameplay, which I haven’t mentioned yet because it’s actually quite good. The improvements to AI and weapon physics have made a big difference, and the new weapon suppression mechanic makes fighting hordes of ranged enemies interesting and unique. For the first few hours, I had a blast playing through the beta missions and I look forward to seeing the rest of them. But I also quickly lost motivation to keep grinding the same exact levels for so little incentive.

I have no idea what was held back from the beta and what is actually missing from the game. Maybe some better communication around the beta would have helped set proper expectations. Betas typically aren’t the full game, but I’ve never seen one so stripped down that even the existence of gear slots has been removed. I am more concerned than excited about Darktide after this beta, which is not the position I expected to be in right now at all. If Darktide is still the dynamic, complex, live service game we were told it would be, I definitely didn’t see any evidence of it in the beta.